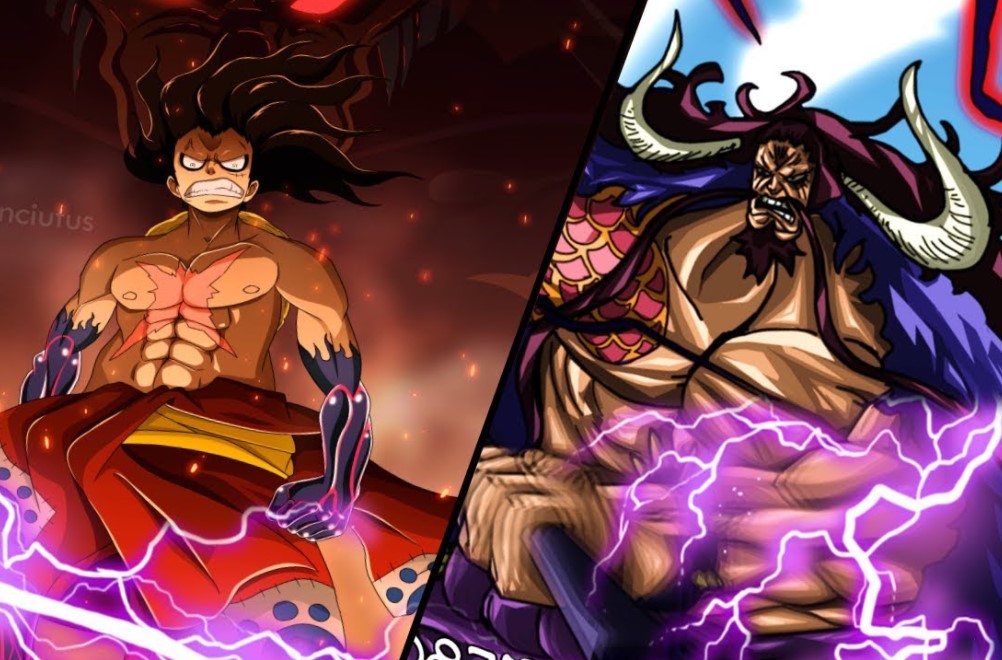 One Piece is back these upcoming Sunday lets see what the updates have to offer for us here. Rob Lucci is shown feeding pigeons in the park. At the battlefield, Kaidou unleashes his new attack called Kaifuu, the destructive wind. He sent the attack towards the Worst Generation and landed on Captain Kid’s robot. Captain Kid has managed to survive since the robot is made of metal objects. Luffy avoids the attack by jumping, and Zoro cuts the attack using his sword.

Luffy gets fired and unleashes a new super move called Gomu Gomu no Kong Raifuru. The attacks smash Kaido’s face. Kaido’s head is sent flying, and Captain Kid grabs Kaidou’s neck. Suddenly Captain Kid slammed Kaido with the ground using the Slam Gibson. Law uses his special move called Room and teleports him next to Kaido. Law comments that the dragon’s heart must be near him, and he wishes to see the dragon’s internal organs since he has never seen them.

One Piece Chapter 1003 will be released on Sunday, 7 February 2021. This Manga is available on VIZ and Manga Plus. As soon as the spoilers of the upcoming chapter are released, we will update you. Once Pice has just recently returned from weekly break. Note that every Sunday will be updating you with the latest new development. You can also read the latest spoiler of this Manga here: One Piece Chapter 1002 Spoilers. Let’s take a look at the recent updates of the battle below. 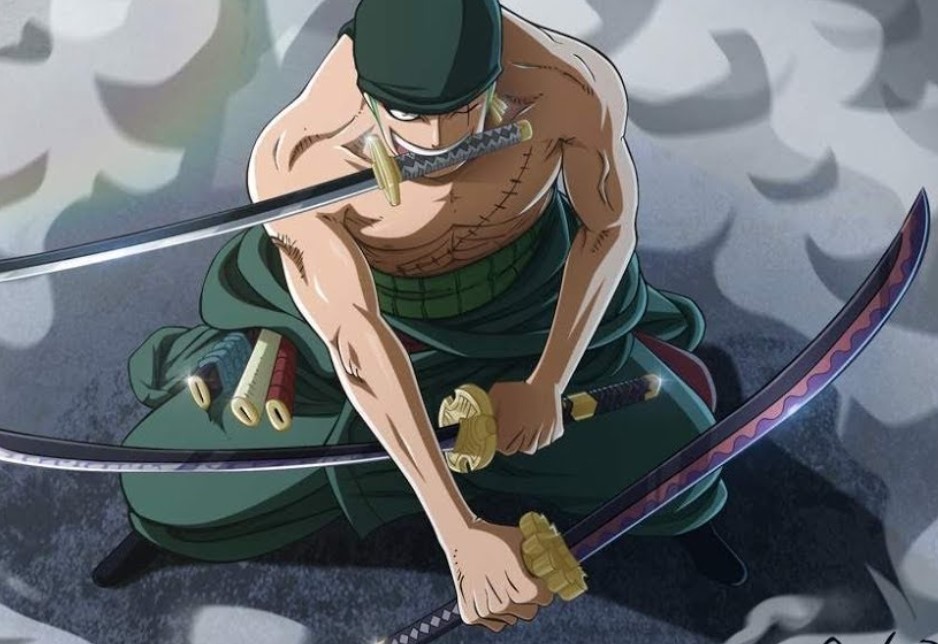 Previously on One Piece Chapter 1002

Law slashes Kaido with Gamma Knife, and Kaidou screams in pain, but the knife did not get a deep side and is severely injured. Kaido comments that the idiot brats have also studied how hard his skin is, and they are not just tough idiots for nothing. Killer slides on top of Kaidou’s body while unleashing Kamaa Sonic, known as Scythe Sonic. His blades are shown emerging with tremendous powers, but it seems like it was an illusion.

The blades cut deep side Kido’s body and damage his organs. Big Mom notices that and attacks Killer with a super move called Indra, Powerful Drum. Big Mom comments that no one will escape the punishment since they are below the sky. Kaidou opens his mouth to devour Killer, who is falling to the ground. Luffy comes to the rescue and attacks Kaido with Gomu Gomu no Rhino Schneider. Zoro notices that Kaido s about to hit Luffy with Bolo Breath.

Zoro asks Law to teleport him near Luffy and Kaido. Law said they are not kids that he has to babysit, but he agrees to do what Zoro said. Law sends Zoro in front of Kaidou at the right time while Kaidou attacks with Bolo Breath. Zoro cuts the attack with Kitsunebiryuu: Homurasaki and saves Luffy. Zoro remembers the attack that he uses to defeat Ryuma in Thriller Bark. He unleashes One Sword Style: Ittouryuu and Hiryuu Kaen to attack Kaido.

Big Mom yells at Kaidou to move from the way, and she realizes that Zoro’s katana is not just any ordinary sword. Zoro sends the attack to Kaidou, but the attack misses and slashes one of Onigashima’s horns off. Kaidou felt Oden’s presence, and he is shocked that it is coming from Zoro’s katana. Big Mom follows with Tenman Daijisai Tenjin’s new attack: The supreme God that covers the entire sky. 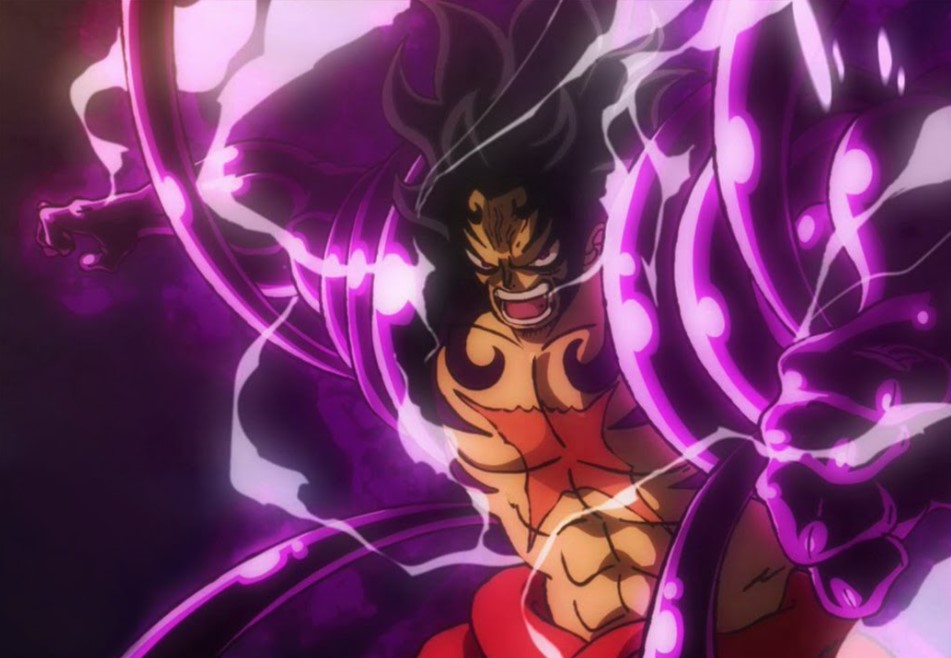 The rain of thunder from the sky emerges, and it was like when Enel’s Mamaraga attack. But Big Mom thunder’s attack has souls dwelling inside of them. They are capable of moving and destroy anything at any place. The attack hits Luffy, Zoro, Law, and Kid. When Luffy jumps back to mid-ar, Big Mon is surprised how he is doing that. Big Mom asks Luuf why the attack is not working on him.

Luffy responds that he is a rubber man and electricity cannot run in his body. Kaido gets angry and attacks Luffy with another Bolo Breath that Luffy managed to block the attack. He almost got his eyes popped out with a surprise that even fire is not working on Luffy. Kaido asks Luffy what is happening, and Luffy replies that he’s tough and stronger. Luffy unleashes a new super move called Gomu Gomu no Kong Gatoringu and attacks Kaido.

The battle continues with the captain of the Straw Hats dominating the battle. Luffy is determined to win the battle against the two Beast to protect everyone. We will find out next time what did the new Super move of Luffy do on Kaido. Let’s meet again next week with the latest updates, make sure you won’t miss them. Take a look below.

Check the latest Manga chapters on VIZ Media and Shueisha’s Manga plus official platforms. Raw scans for new chapters are released 2-3 days before their respective chapters are published. We advise you to read the digital copies from their official websites and apps to support the Manga creators and publishers. Read about One Piece Chapter 1002.