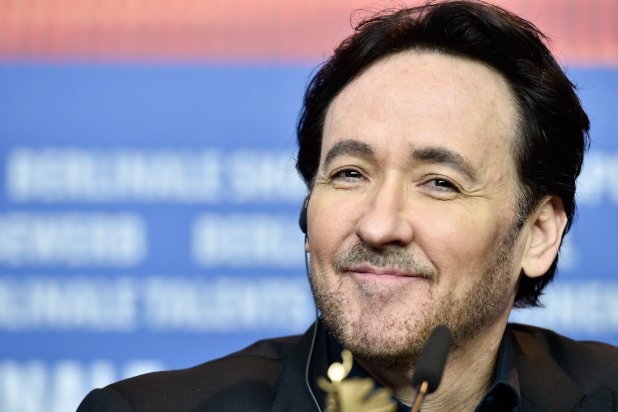 John Paul Cusack, professionally known as John Cusack is an American actor, producer, screenwriter, and activist. Besides disappearing from the acting scene, John was a star in the 80s and the 90s. He started off acting in films during the 1980s. Since then, he starred in more than 85 movies, such as Better Off Dead, Say Anything…, Bullets over Broadway, Grosse Pointe Blank, Being John Malkovich, High Fidelity, 1408, Igor, 2012, The Raven and Love & Mercy. John is the son of filmmaker Dick Cusack. He comes from a well-known family, his sisters are actresses Joan and Ann Cusack.

John started big when he did Rob Reiner’s The Sure Thing. He also starred in Cameron Crowe’s directorial debut film, Say Anything… and he also played a con artist in Stephen Frears’ 1990 neo-noir film The Grifters. He established his own production house called, New Crime Productions. After this, Cusack co-wrote the screenplay for and starred in George Armitage’s crime film Grosse Pointe Blank. It is here that he played an assassin who attends his 10-year high school reunion to be able to win back his high school sweetheart.

Cusack received a nomination of a Golden Globe Award for Best Actor – Motion Picture Musical or Comedy for his performance in High Fidelity. Recently, John starred in video-on-demand films, such as The Factory, The Numbers Station, The Frozen Ground, Drive Hard, The Prince, Reclaim, Cell, Arsenal, Blood Money, and Singularity. His additional credits include writing blogs for The Huffington Post, between 2005 and 2009, this also included an interview with Naomi Klein. He also voiced his opposition against war in Iraq and the Bush administration. John ran into controversy in 2014, he criticized Hollywood saying by calling it a whore house.

Today we decided to honor the actor for his absolute incredible work rated on IMDb. 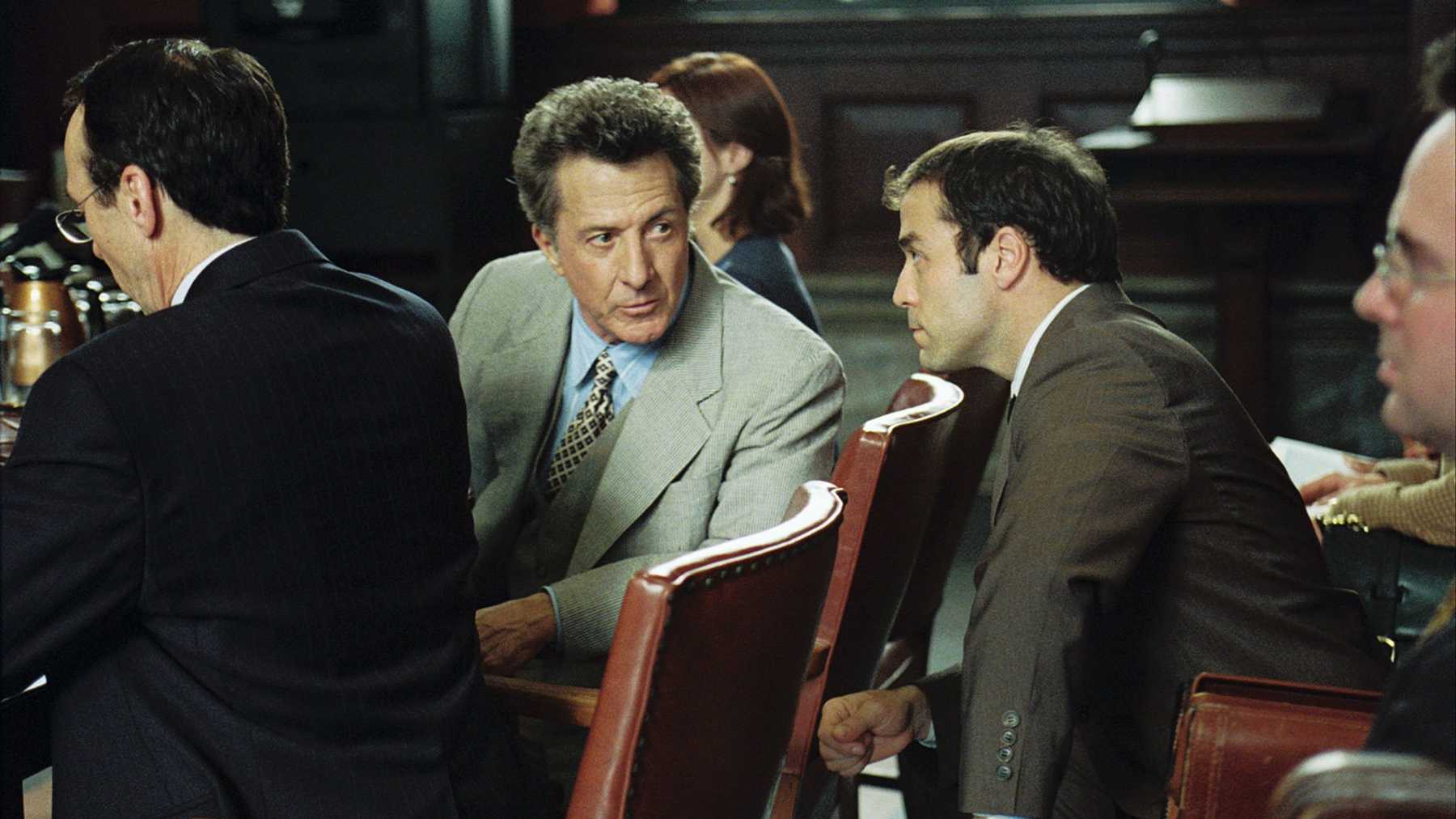 The film is directed by Gary Fleder and starring John Cusack, Gene Hackman, Dustin Hoffman, and Rachel Weisz. The story is an adaptation of John Grisham’s 1996 novel The Runaway Jury.

The story revolves around New Orleans, where a shooting has taken place at a stock brokerage firm. Amongst those who have passed, is dead is Jacob Wood. The man who shot him was a failed day trader who killed eleven people already and also wounded several others in the event. 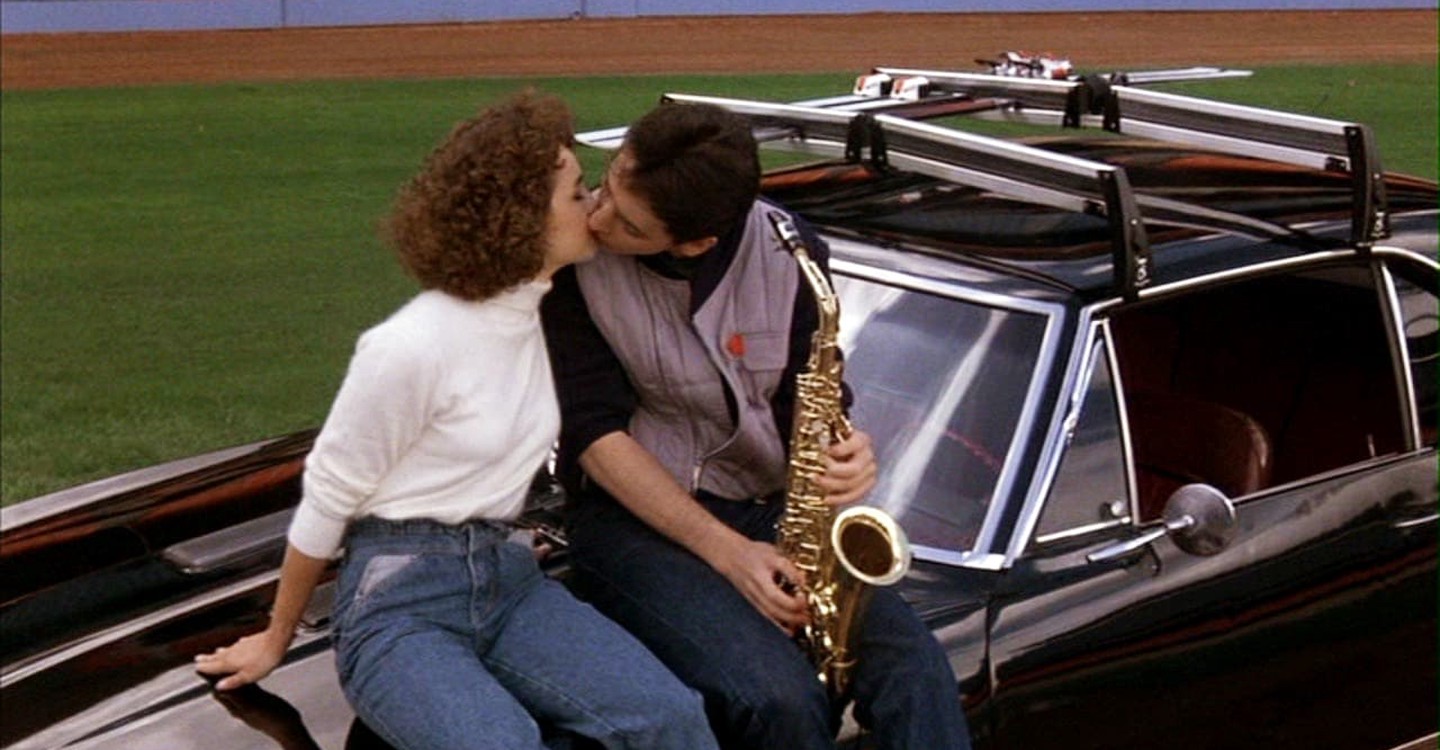 Better Off Dead is a 1985 American teen Dark comedy film.

The film stars John Cusack and is written and directed by Steve Holland. It revolves around the story of high school student Lane Myer. Lane is suicidal after his girlfriend breaks up with him shortly before Christmas. Sounds like a typical teen comedy, innit? But it’s not. It has since been regarded as a cult classic.

The film Better Off Dead was not a commercial or critical success at the time of its release. But looking back audiences realized what a masterpiece it was.

In the story, Beth has dumped Lane for the bewitching and popular captain of the ski team, Roy Stalin. Beth is a superficial person who also criticizes Lane’s car. It is an old station wagon. Lane herself owns a 1967 Camaro. 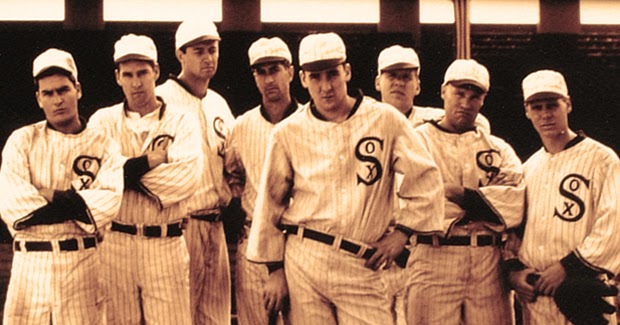 The film is based on Eliot Asinof’s 1963 book Eight Men Out: The Black Sox and the 1919 World Series. Eight Men Out was written and directed by John Sayles. It is a dramatization of Major League Baseball’s Black Sox Scandal. The story revolves around eight members of the Chicago White Sox who conspired with gamblers to intentionally lose the 1919 World Series. Most of the movie was shot at the old Bush Stadium in Indianapolis, Indiana. 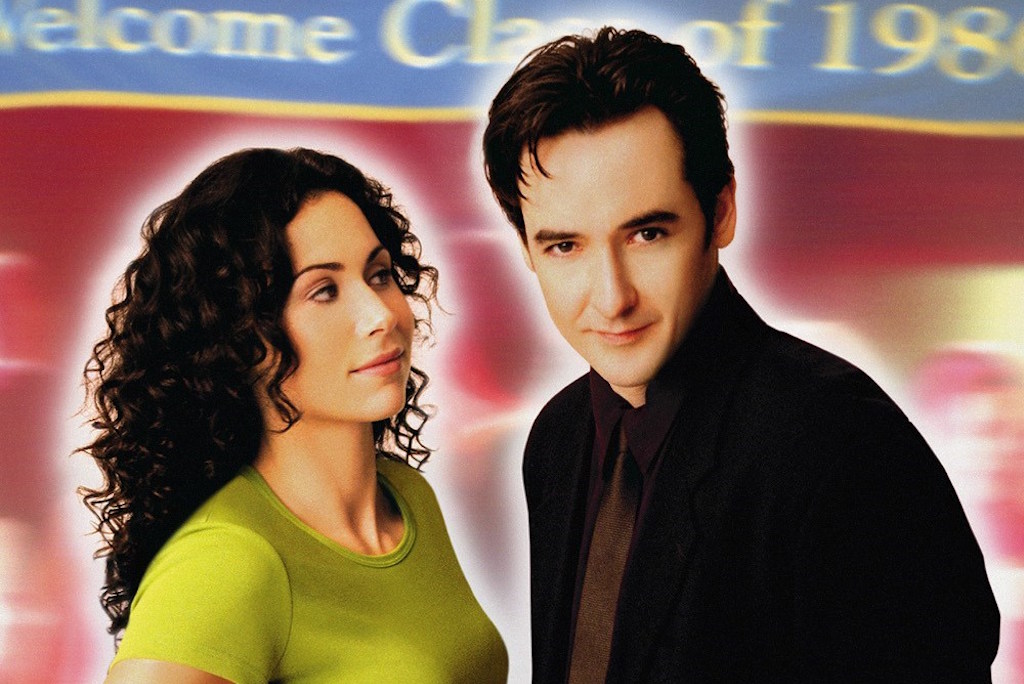 The film is directed by George Armitage. It stars John Cusack, Minnie Driver, Alan Arkin, and Dan Aykroyd in the lead roles. John Cusack plays an assassin who is back at his hometown to attend a high school reunion. Grosse Pointe Blank received positive reviews from critics.

Additionally, Hank Azaria stars in the movie as Steven Lardner.

A little story about the film. Tom Jankiewicz who was the screenwriter for this, wrote the first script for Grosse Pointe Blank in 1991. It was after receiving an invitation to his 10th high school reunion.

Say Anything… is a 1989 American teen romantic comedy-drama film.

The film was written and directed by Cameron Crowe. It was his directorial debut. Say Anything… traces the romance between Lloyd Dobler John Cusack who is an average student, and Diane Court (Ione Skye), the class valedictorian. After their graduation from high school.

identity: events are the key to the film.

Identity takes from the way the novel is structured. The story is about ten strangers who arrive at an isolated hotel, and they are temporarily cut off from the rest of the world. These strangers are then mysteriously killed off one by one.

Identity talks about many events that take place in the time before the characters’ arrival. These events are the key to the film and are introduced at using reverse chronology structure. 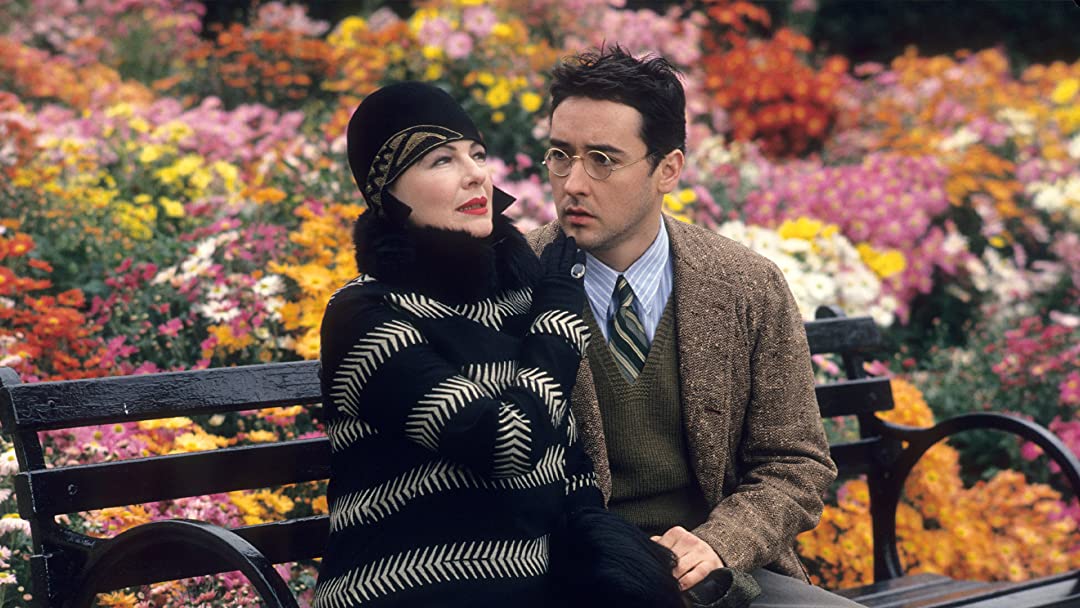 Bullets over Broadway: the second time under Allen’s direction

Bullets over Broadway is a 1994 American black comedy crime film.

The film is directed by Woody Allen and is written by Allen and Douglas McGrath. It stars a huge ensemble cast that includes the likes of John Cusack, Dianne Wiest, Chazz Palminteri, and Jennifer Tilly. 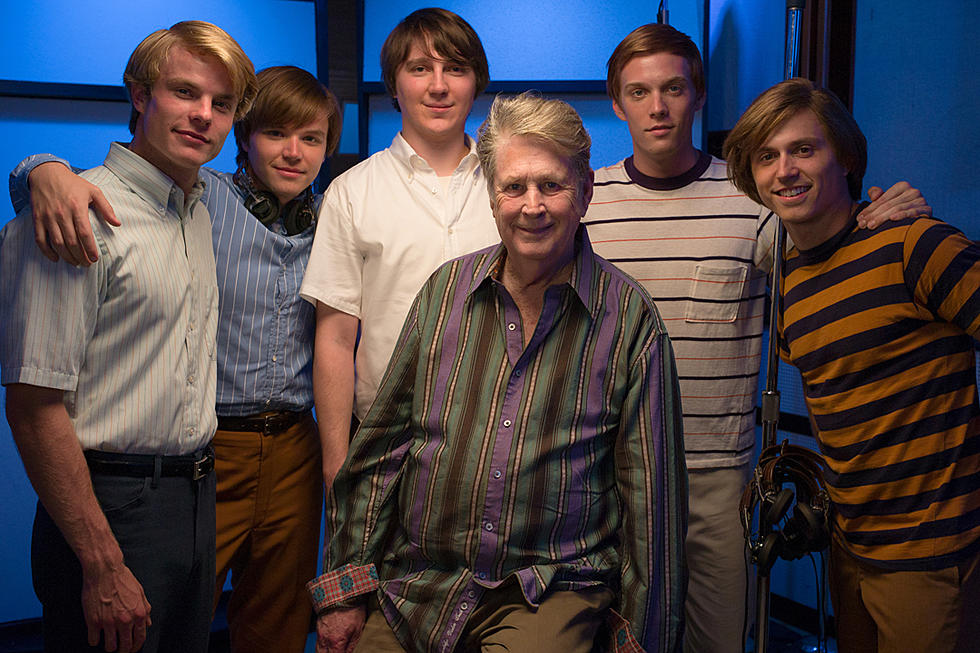 The film is directed by Bill Pohlad it focuses on the Beach Boys’ co-founder and leader Brian Wilson and his struggles with mental illness during the 1960s and 1980s.

Love & Mercy has adapted its title from Wilson’s 1988 song of the same name. It stars Paul Dano and John Cusack as the young and middle-aged Wilson, respectively, and Elizabeth Banks stars as his second wife Melinda Ledbetter. Paul Giamatti plays his psychotherapist Dr. Eugene Landy. 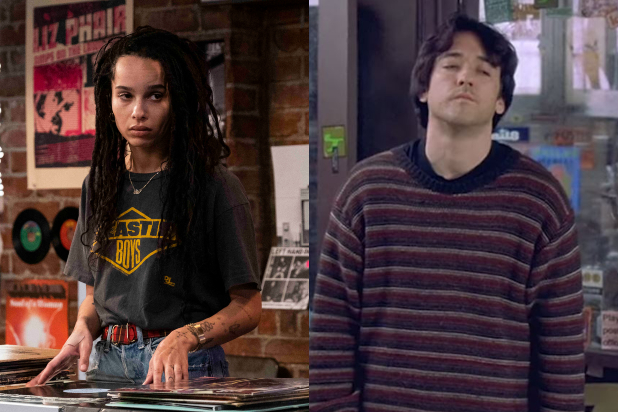 High Fidelity: based on the 1995 British novel

It is based on the 1995 British novel of the same name by Nick Hornby. A little fun fact about the film, after Hornby saw it, he said he was happy with Cusack’s performance. The cast of the movie includes John Cusack as Rob Gordon, Iben Hjejle as Laura and Jack Black as Barry Judd. 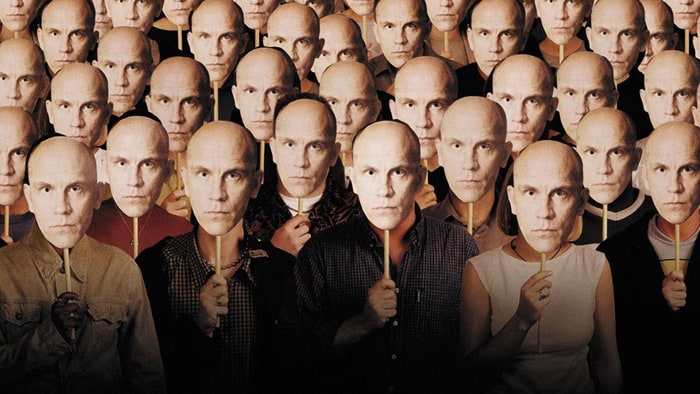 Being John Malkovich is a 1999 American fantasy comedy film.

The film is directed by Spike Jonze and is written by Charlie Kaufman. This makes for their feature film debut. Being John Malkovich stars John Cusack, Cameron Diaz, and Catherine Keener, with John Malkovich as himself.

In the movie, John Cusack stars as a puppeteer who finds a portal that leads into Malkovich’s mind. The rest of the cast of the film includes Cameron Diaz as Lotte Schwartz, Catherine Keener as Maxine Lund, and John Malkovich as John Horatio Malkovich.