Are you excited about Blue Box Chapter 86? After an exciting previous chapter, fans of this beautiful and unique manga romantic comedy manga series are excited to know what they are going to witness in the upcoming plot.

If you are one of them, we are here for you. Follow our today’s article to know Blue Box or Ao no Hako, if you prefer, the Chapter 86 release date and reading guide. But before that, let us first take a quick look at what previously happened in the last chapter of Blue Box.

The story follows Taiki Inomato, who loves to play badminton, and not only that, he is also a professional basketball player for his team at sports powerhouse Eimei Junior and Senior High. He has a crush on a girl older than him named Chinatsu Kano, who is also a sports enthusiast and loves to play basketball.

Taiki first meets Kano when he practices every morning alongside her in the gym of their high school. It feels like a typical romantic comedy until an incident changes the lives of both our protagonists forever.

The previous chapter of the manga series opens up with Taiki, who thinks that Yumeka hates him because she believes that he is Chinatsu Sanpai’s boyfriend, he knows that he will have to clear that up, but it’s not like he is obligated to.

Later in the chapter, we find out something shocking when Taiki buys a cup of tea right after dental treatment, Yumeka warns him not to drink it as it contains sugar which is not suitable for his teeth. When he asks her how she knows that much about dental hygiene, she replies that she used to work as a part-timer at the front desk.

This thing shocks him a little bit and forces him to ask her why she quit the job, and then later, she reveals some shocking plot line of the story. She tells him that the reason behind he left the job was not because she wanted to earn her own spending money, but because she started to hate Chinatsu!! 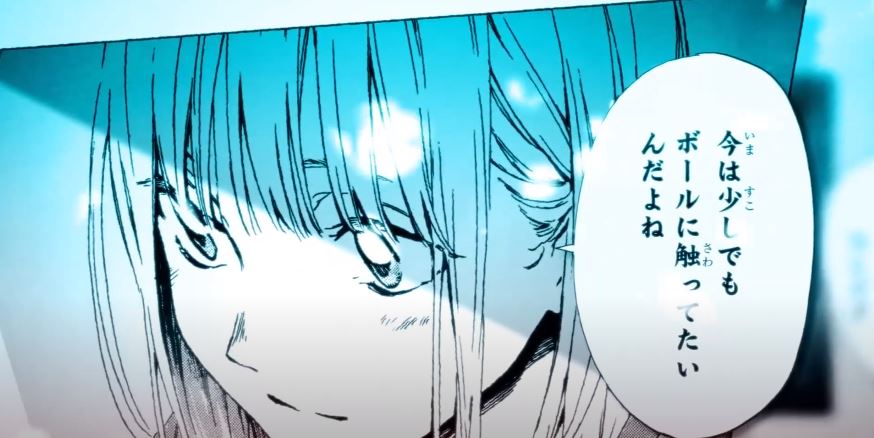 Later she also says that she was sick of basketball and didn’t care about anything related to the game. Even though both of them (Yumka and Chinatsu) were so close in Junior High yet she hated her, which was very unacceptable for our guy.

He also believes that, although she hates her that much, she might have never told her about all this, but this was quite the opposite of reality.

Later in the chapter, we see Taiki, who, when he approaches the home, finds Chinatsu outside, who is also all set to go on a walk on the freezing cold day. She also invites Taiki to walk with her because she wants it to really feel like winter.

When Taiki asks her where they are headed, she replies that there is not any particular place they are going, and they will see where their feet take them. Based on how she reacted before, Taiki thinks that it would have been better if he didn’t mention that he saw Yumeka.

Later we saw that describing the time when they were looking out from the observation deck, there were all these little individual points of light, but, now looking at it from down there, where it’s so dense, she feels so dense.

She later apologizes to Taiki on behalf of her friend (Yumeka) because she believes that Yumeka hurt his feelings. When Taiki mentions that ever since they were little, she played basketball together with Yumeka, didn’t she?

She replies that she has played together since second grade, and Yumeka has always been an intense person. When it came to playing with a ball, all she had ever done was throw one; seeing basketball professionals was a shock to her, but later her mother introduced her to Yumeka.

She was even in the same age group; she freely handled the ball and ran across the court to bring it to the basket. At the sight of her, Chinatsu was filled with admiration.

How To Read Blue Box Chapter 86

You can read Blue Box Chapter 86 as well as the previous releases of the series, directly on the Manga Plus and Viz Media websites and apps.