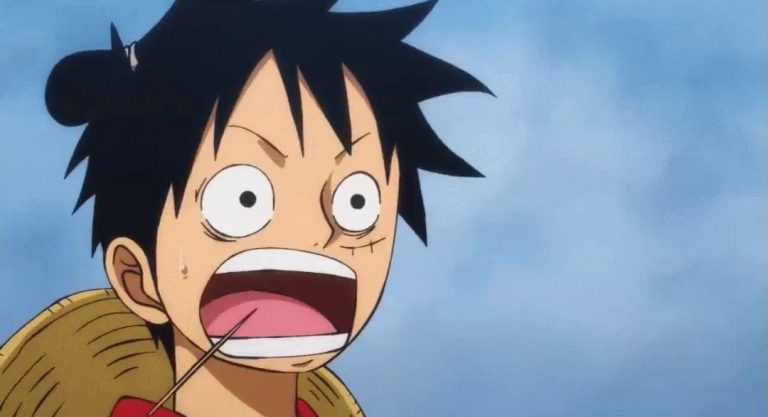 One Piece manga‘s official release by Viz came out yesterday, and as expected, we got to see Kouzuki Oden and his past in the chapter. As mentioned in Chapter 959 of the manga, the story takes us about 41 years back in time when Oden was only 18 years old. In the manga, we also got to hear a bit about how Oden grew up, and judging by what he’s done so far, we’d say that he’s a bizarre person, yet likable at the same time.

Kozuki Oden’s character is no less than that of a King. He’s an intriguing character who seems to treasure his friendships in his own way, and although he was once a lecherous person, he’s now become someone way better. Oden at 18 looks much more sensible, although that’s not going to save him from what’s coming his way next.

As seen in the previous chapter, Kozuki Oden is banished from Wano Country’s Flower Capital. However, before that happens, the Mountain God has shown up, and Oden has decided to take it down first. With both Enma and Ame no Habakiri at his disposition, this shouldn’t be much of a troublesome task for Oden, but it’ll be enjoyable to watch either way.

One Piece’s Next Chapter – What To Expect

What’s more, after Kozuki Oden gets banished from Wano Country’s Flower Capital, he is then sent to Kuri, which was a barren wasteland at that time. After defeating Ashura Doji there, Oden claimed the land as his and made it flourish. For this, he was offered the position of Daimyō of Kuri in the future. Of course, all these events won’t take place in the next chapter, but we’ll see them happen eventually. It will also be fun to see how Oden got to meet Whitebeard and how he finally left the country.

What are your thoughts on Kouzuki Oden’s character? Do you like it, and the flashback? Let us know in the comments section below!