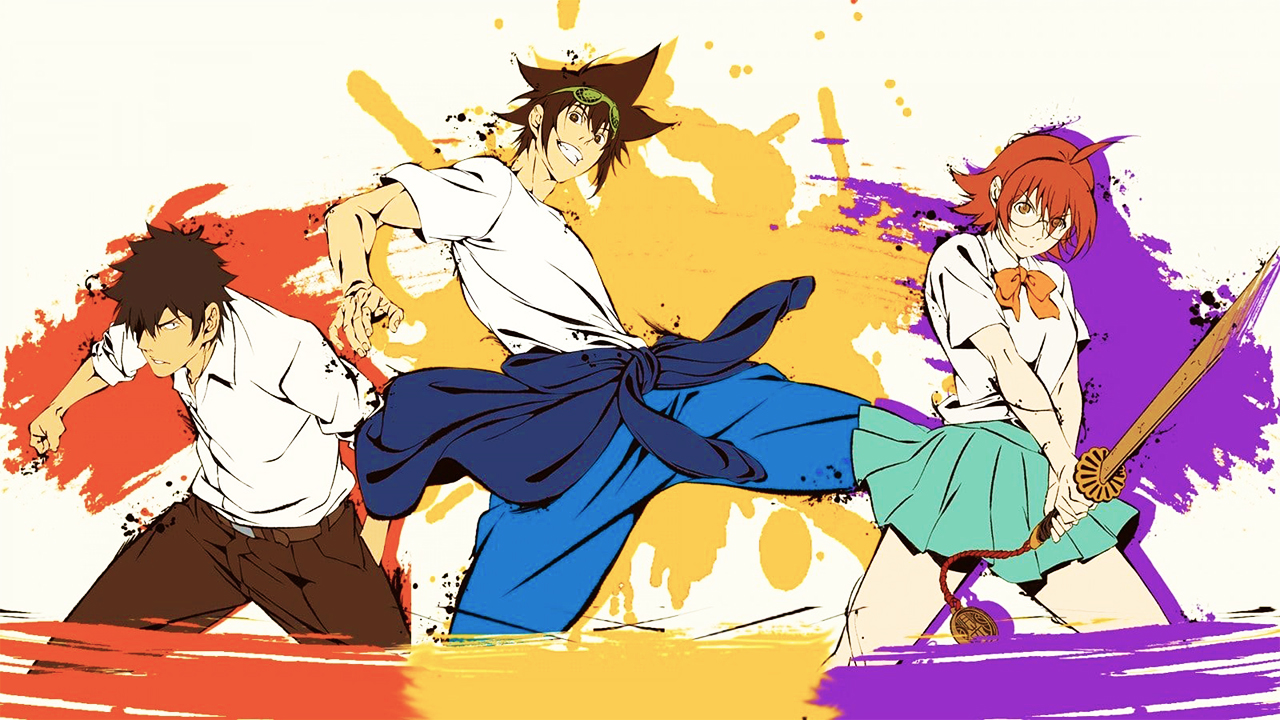 GOH anime started in July as a promising animated version of the webtoon comic. This is a popular manhwa in the action category on the Webtoon website. Crunchyroll is releasing GOH in its Original Categories. Despite having a great background, the anime has declined in popularity since the first episode. I want to discuss the shortcomings in this anime and why it has failed to impress anyone.

Firstly, the storyline in each episode is not consistent. I went into the anime blindly without knowing anything about the storyline in the manhwa. That is why it made no sense most of the time. The Tournament called GOH is organized in such a way that the winner gets any of his wish granted. But a certain cult organization Nox is very opposed to this tournament and cause multiple disruptions to stop it. A tournament that has this much at stake is only being fought by high school kids with either mediocre powers or over-the-top power of Charyeok. Moreover, Each region is competing with three players for a tournament which has only one winner.

While the anime skips a lot from the actual plot, the amount of popular culture in this anime is astounding. It makes you question the originality of this story. Many of the plot points are borrowed from popular Japanese anime. I even noticed some stuff from Marvel and DC comics. I am not sure if this is a parody anime but it makes the story even less appealing. You cannot make sense of the characters being introduced in this anime. Like in one instance, the leader of Nox summoned God himself which got defeated with not many problems. That fight had no explanation afterward.

The God of High School is rated 9.71 on the Webtoon website but the anime was not able to depict that classic in any way. Everything is rushed in the story and you have no idea what is happening in every coming episode. It is as if the producers of the anime want you to have prior knowledge of everything in the manhwa, otherwise, it is not for you.

GOH is about a huge tournament that involves many districts in Korea. It is the fight between them to find out the strongest and the winner gets anything they wish for. The main character is Jin Mori who is a master of Taekwondo. He meets two others by the name of Han Daewi and Yu Mira that form a team in the main tournament. While the tournament is happening, there are many attempts from Nox to sabotage the tournament but they are met with heavy resistance from the GOH organizers.

In the current timeline of anime, the leader of Nox (whose name is still not known) is leading the final fight against the GOH. As a result of this attack, the tournament is now called off. The tournament was at the finals now apparently. Anyhow, as it is right now, the anime is set to end after the final battle against the leader of Nox. There was little to none character development in most of this anime and its ending now.

The response to the GOH anime from the audience is evidence of its failure in itself. The animation is impressive for the most part but the story is lacking and you are better off reading the webtoon manhwa instead of wasting time on the anime. The great music score and lustrous fights were not able to make the experience enjoyable and it is unlikely that there will be a sequel to this. Rather, if there is a sequel, the script should be better.