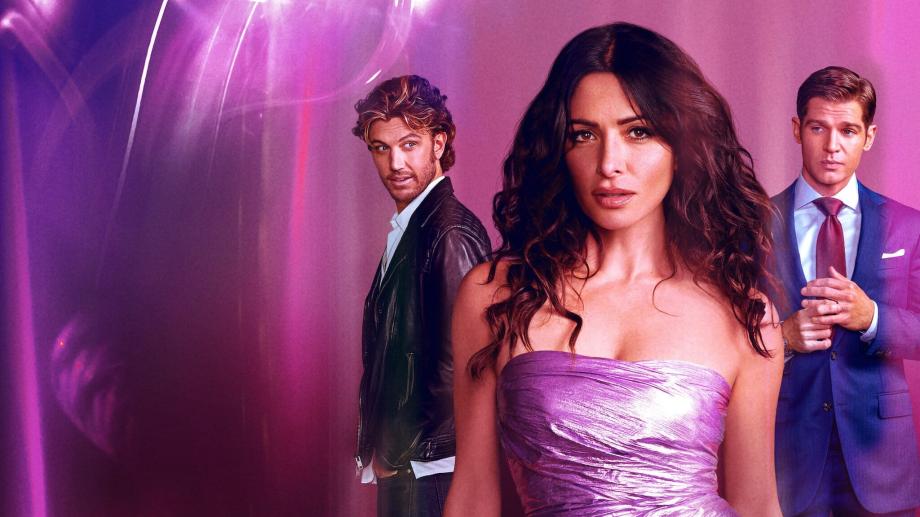 Sex/Life is a rom-com series that gained popularity online in the summer of 2021 due to its explicit content. Unquestionably, the surprise “package” of the summer was what millions of people all around the world experienced. Stacy Rukeyser, who previously served as a producer on Twisted and UnREAL, is the creator of the series.

“Sex/Life” centers on a suburban wife and mother, Billie Connelly, and is adapted for the show by Stacy Rukeyser from B. B. Easton’s book “44 Chapters About 4 Men.” Billie is feeling unfulfilled and bored despite having a dedicated and loving husband, great children, and a generally close-to-ideal home life. In particular, she finds herself daydreaming about her ex-boyfriend Brad and the crazy, party-loving life they used to have. When Brad unexpectedly reenters her life, Billie is forced to choose between her former life and the one she has created with Cooper.

The first season seemed quite clear-cut, with Billie going back to her husband and kids and agreeing to continue living in the suburbs. However, she then came to her senses and took part in the relationship she had been attempting to end. This indicates that season two has a lot to unpack. However, what will happen in Sex/Life Season 2, and who will be returning? Here is all the information we have about Sex/Life Season 2.

Due to what occurred at the sex party, Hudson is dismissed from the International Fair, and Billie is upset and confronts the mothers angrily. She tells them all the truth and says she’s trying to live a normal life. When Trina makes a degrading remark about Billie flaunting her legs in the city, Cooper responds by standing up for his wife. Devon engages in his customary macho conversation. Cooper takes ownership of his actions, discusses the realities of marriage as hard work, and expresses his love for Billie as a wonderful mother and a decent wife. 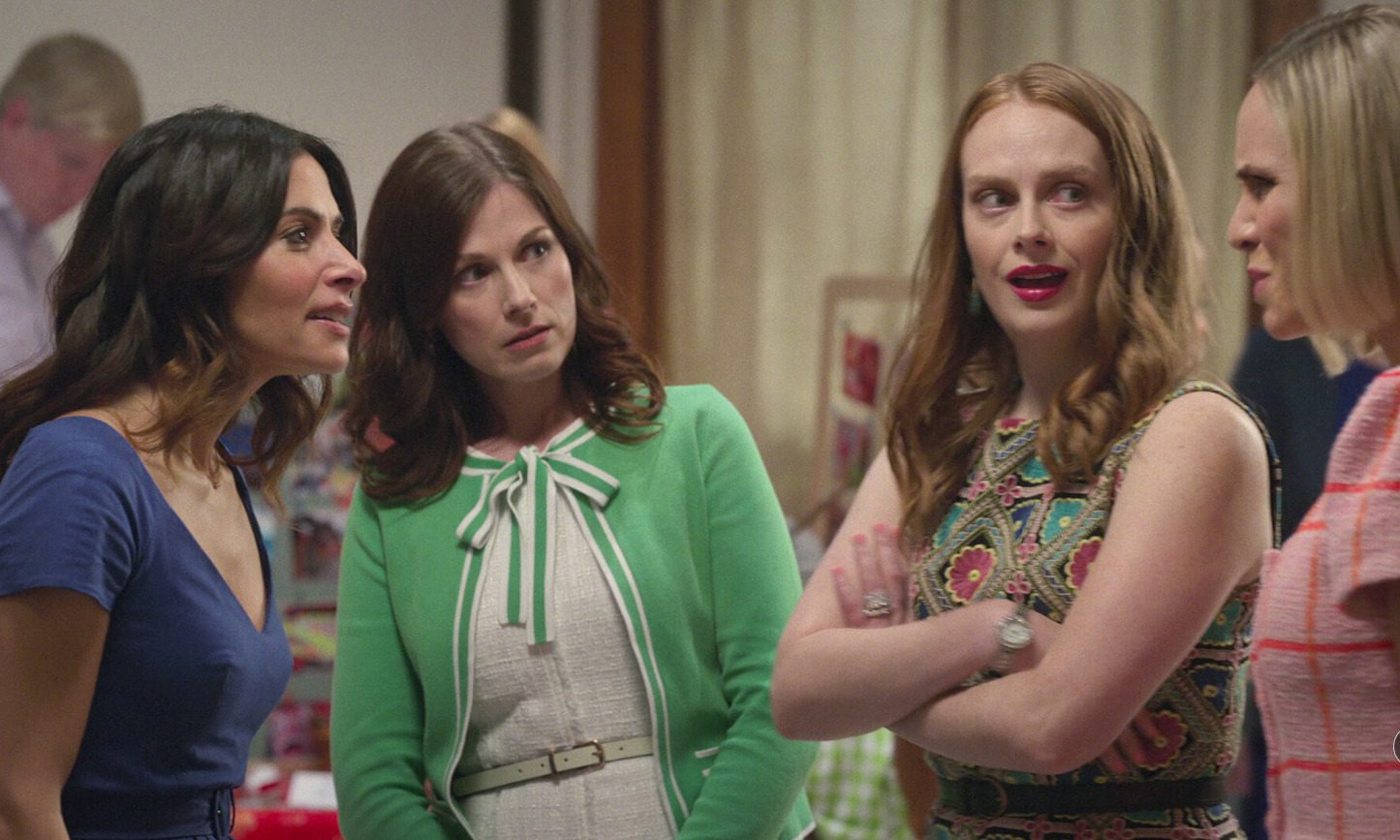 Cooper takes his son and wife and goes to get ice cream. He reveals to his wife that he visited Brad and that he is aware that he arrived at the house. He wants a new beginning that includes honesty. Cooper is assured by Billie that stains wash out and disappear. Billie intends to apply to a university to complete her Ph.D. when she goes home. Sasha is excited for her because this is a fresh beginning. The next scenes depict a renewed marriage with Billie going after her dreams. Devon explains their mistake to HR at Cooper’s place of work, and they shake hands.

But as Billie listens to Sasha give a lecture, she starts to think about Brad again since she is still having trouble letting go of his memories of him. Later, Sasha informs Billie that she has been proposed to by a man named Alex. She says she and Cooper are doing so well and asks for marital tips. Billie responds that while there will always be a hotter, sexier guy with that spark, it won’t compare to having a real relationship when Sasha wonders how she would know if Alex is the one. She may seem honest, but you can tell that she still has a crush on Brad.

Trina informs Billie at a school performance that Cooper has motivated Devon, and they are no longer attending the sex parties. Trina expresses her hope that Billie is correct about this life. Billie has a sudden wave of emotion and questions her choice. Although Billie says she is glad to wake up next to Cooper every day, she suddenly realizes that it isn’t enough when she observes her son. There are many different desires, Billie says. 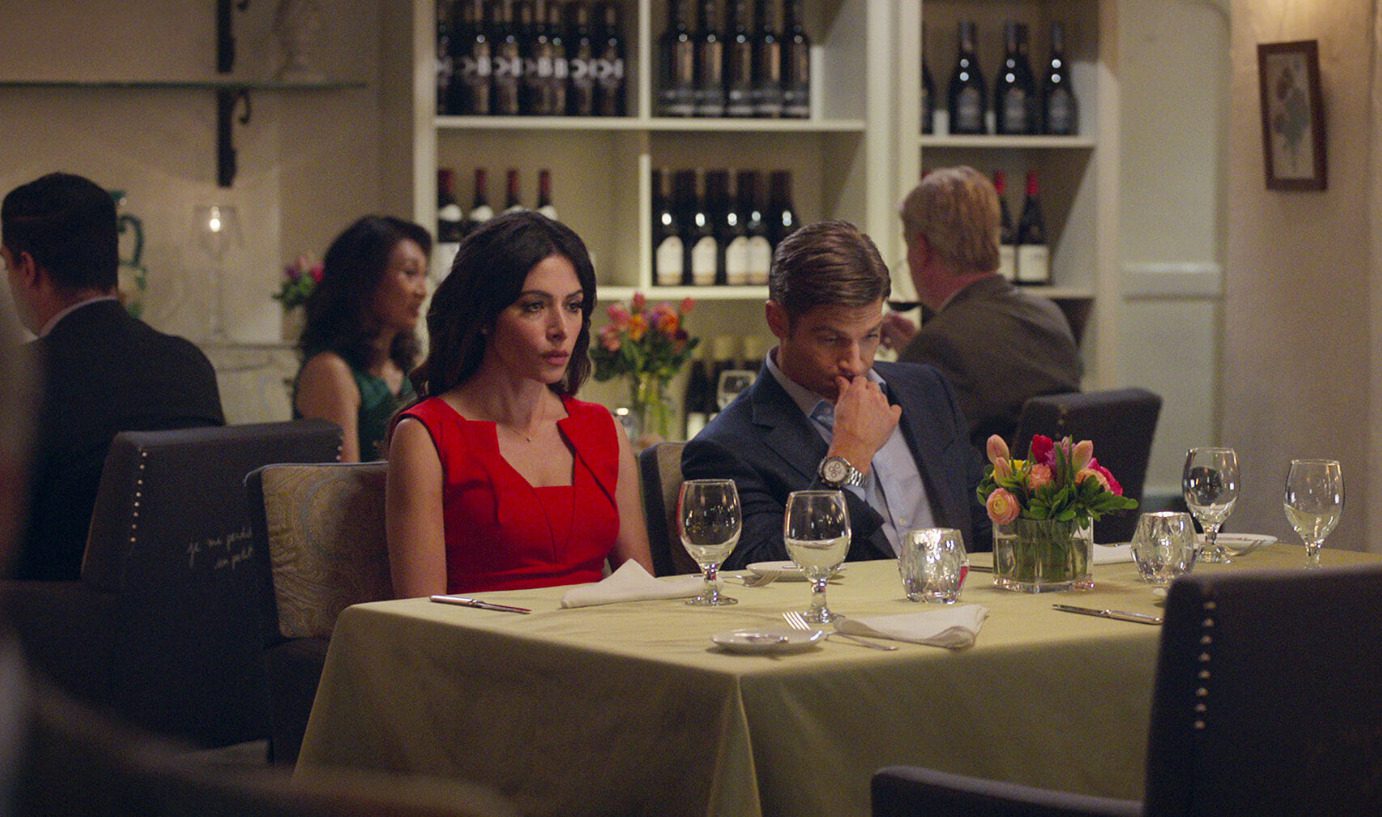 Cooper follows Billie as she runs through the city, and since he can see where she is going thanks to his phone, he calls Francesca. Billie says she should have recognized that she would have to leave this life behind. I’m not leaving my husband; she announces as she walks inside Brad’s apartment. But she tells him that she still wants to have a sexual relationship with him. What a way to wrap up the program.

The saucy series was renewed for a second season back in October 2021 by Netflix, and filming for the new season started in February 2022. Unfortunately, because filming only just wrapped up on April 25, no official release date has yet been announced by the producers or Netflix. The steamy series might return as early as August 2022, though, assuming season 2’s post-production schedule is similar to that of season 1’s. If the release does take place in August, it’ll probably happen at the end of the month. 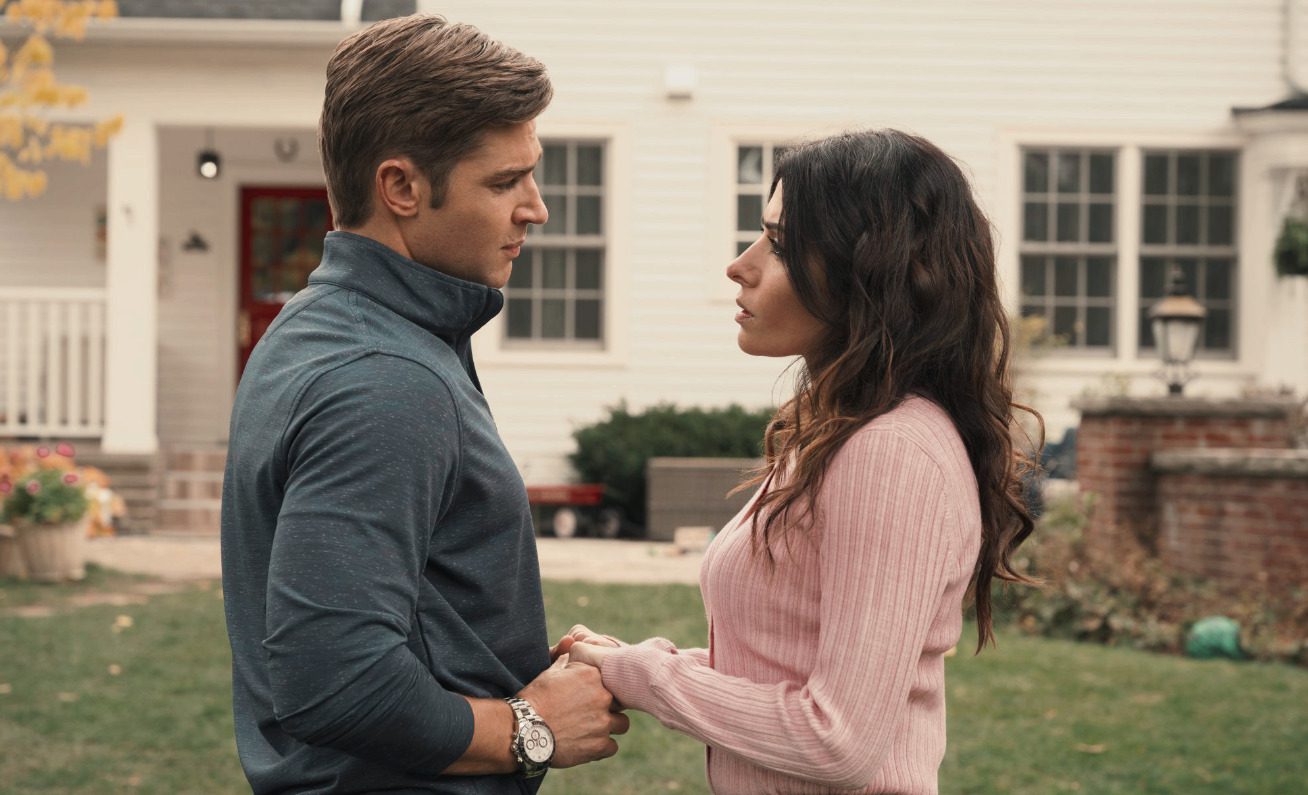 Netflix ordered Sex/Life in August 2019 (with a one-season order), then between January and March 2020, a flood of casting news began to surface. The show was initially scheduled to start filming shortly after that, but it was postponed due to coronavirus, for obvious reasons. In Mississauga, Canada, filming eventually started towards the end of August 2020. Considering that season 1’s filming was completed up on April 18, 2021, and that it was released on June 25, 2021. Based on those timings and how the second season’s production is following the schedule that’s why we think it will be released by August 2022.

We may anticipate seeing all of the same major actors back in their roles to pick up where the plot left off. The two men in Billie’s life—the one from her past and the one from the present—are causing her difficulty. Brad, the man from her past, is portrayed by Adam Demos, and her husband in the present, Cooper, is portrayed by Mike Vogel. We can anticipate both Vogel and Demos to return for Season 2 given that Billie was at odds with both of them at the end of Season 1.

Sasha, Billie’s best friend, who is portrayed by Margaret Odette, is another essential character. Sasha, Billie’s best friend, provides a space for her to express her mixed thoughts about her marriage. Sasha, who is still unmarried and leading the kind of life Billie longs for, spends a significant portion of the season urging Billie to quit risking her marriage and move on from her past. Sasha makes her own significant decision to settle down and be married at the end of the season. With a new season, there is plenty of opportunities to see Sasha on her own and observe how she adjusts to marriage after spending so much time alone. 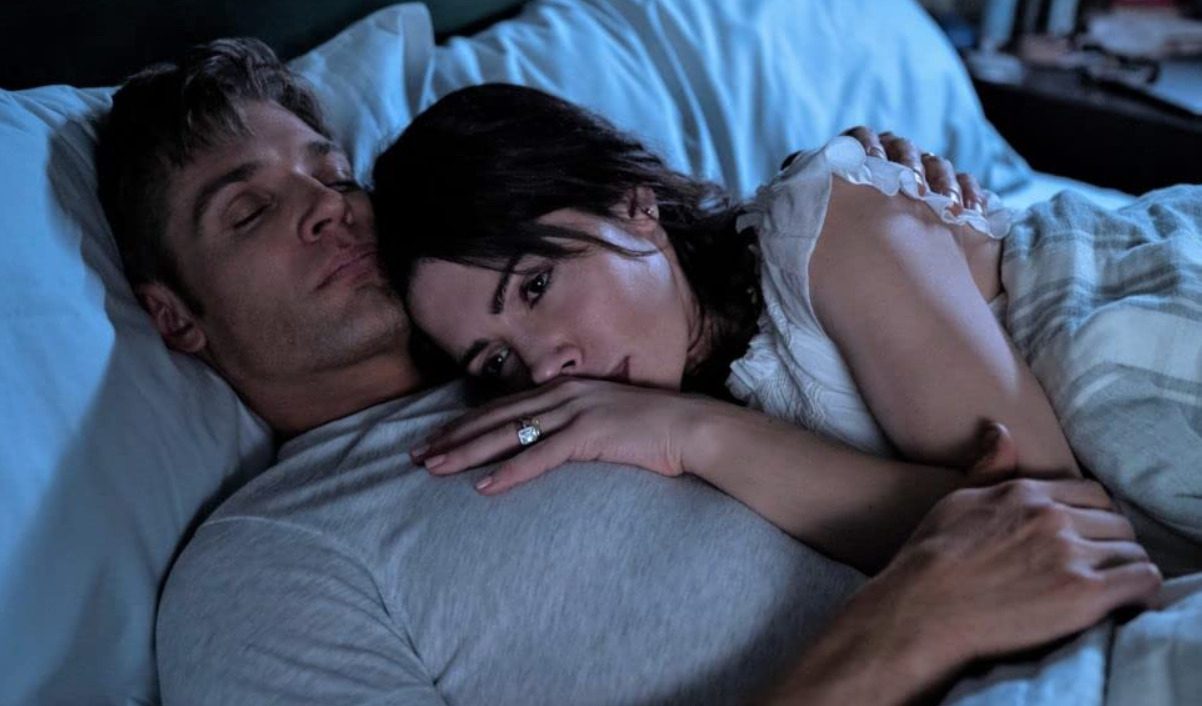 Along with dealing with his wife’s doubts, Cooper also encountered a chance to leave his marriage when his supervisor, Francesca, portrayed by Li Jun Li, admitted her feelings for him. Francesca is undoubtedly expected to return and take an active part in Cooper’s life because, towards the end of Season 1, a future between the two was hinted.

Additionally, the cast is getting some fresh faces! It was revealed in March 2022 that Dylan Bruce from Orphan Black and Wallis Day from Batwoman would join the tangled romance. Day will portray Gigi, a woman, and Bruce will portray Spencer, a guy. Craig Bierko from UnREAL (who will play Mick), Cleo Anthony from She’s Gotta Have It (who will play Kam), and Darius Homayoun from Succession (who will play Majid) are all joining the cast.

Billie appears to have made her decision in the Season 1 finale: she wants to save her marriage. Brad tells Billie he loves her and wants to marry her so they can start a stable life together, but she rejects him because she doesn’t want to lose the family she’s worked so hard to create. But at the end of the episode, Billie discovers that she also wants the thrilling sex life she had with Brad because her family life isn’t enough for her. Billie rushes to Brad after her child’s recital to tell him that she is still not divorcing her husband but that she still wants to start a sexual relationship with him. 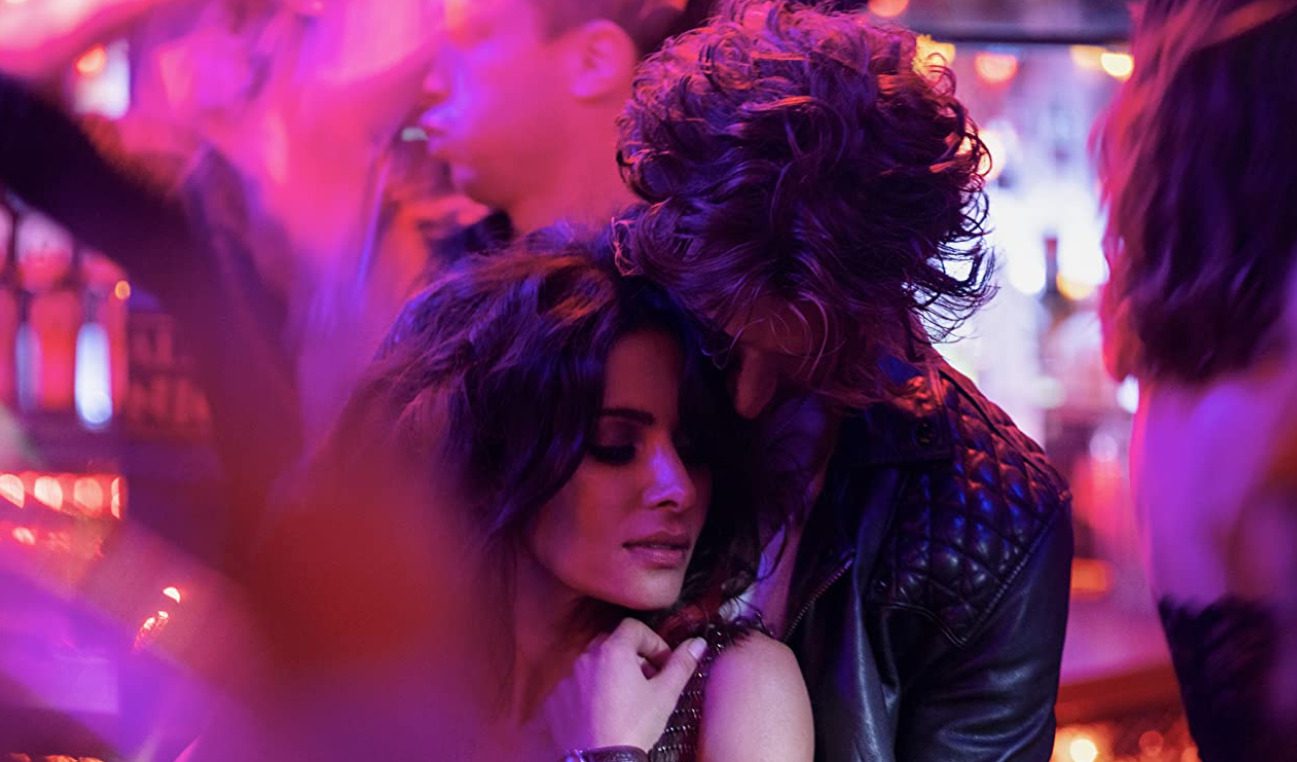 After eight episodes of Billie considering her options, it’s surprising to see her start a fight for both of them rather than making a decision. And it raises a lot of problems for Season 2, such as how the two men in her life will respond. Stacy Rukeyser, the show’s creator and executive producer said he has no idea what Brad will say to her. She is not proposing a happily-ever-after to him, despite the fact that he genuinely placed his heart on the line and did so on the driveway. Brad might agree to that, but Stacy is unsure.