Kaitlyn Dever (25) is one of the entertainment industry’s rising stars. Having completed many acting jobs, she’s most notably known for her roles in the popular Netflix series Unbelievable, the play Dear Evan Hansen and her lead role in Booksmart, which can also be streamed on Netflix. Having been born into a family of artists, they supported her through her journey and helped her find her way into acting, which is why we have the pleasure of seeing her onscreen today. Her role in Booksmart especially brought her talent to the front rows, where people could experience a queer character with no stereotypes attached.

Dever has consistently won the hearts of her audiences through acting and her matter-of-fact personality. She had two Golden Globe Award nominations thanks to her roles in Unbelievable and Dopesick, which brought all the due attention to her career as an actress. However, attention to an artist’s personal life always leads to one thing: Love life speculations. So Who is Kaitlyn Dating?

It’s not the first time people have speculated about their star’s love life and personal relationships, and it won’t be the last. Considering how most things go out of hand with the media when it comes to such things, it’s quite obvious why many artists shy away from publicly talking about their personal lives, and the same applies to Kaitlyn.

Her fans have continuously speculated about whom she might have been in a relationship with (and we know she has been in at least a few), but it’s been a lot of smoke without fire. One of the earliest speculations includes The Fault in Our Stars lead actor, Ansel Elgort, who acted with Kaitlyn for the 2014 film “Men Women and Children”.

Back when Men, Women, and Children had released, the amazing onscreen chemistry between Kaitlyn Dever and Ansel Elgort got people wondering if something was sparking behind the camera too. Their interviews frequently showed the two being comfortable with each other with regard to physical contact and conversation both, which made fans feel they were a good match. However, neither Kaitlyn nor Ansel confirmed any of these rumors and haven’t been seen together since the set of Men, Women, and Children, and therefore, people eventually forgot about this mayhaps relationship.

One of the later gossips included a rumor about Dever with Call Me By Your Name star, Timothée Chalamet as they had also interacted on the set of Men, Women, and Children and were co-actors in book-based film Beautiful Boy, but here too, there were no further indications that they had any relationship beyond that of a professional or perhaps relatively friendly interactions.

Even with these many rumors, though, Kaitlyn love life was never really brought to the forefront of media until she posted a photo of her and American skateboarder and actor Nico Hiraga on her social media accounts. In the picture, the pair were hugging and looked close, which brought her to attention once more. Their interactions in the comments, however, seem to be steering back to the age-old platonic and friendly relationships that Kaitlyn has had so far. The fact that she was willing to post such a photo in and of itself should’ve given media platforms a hint that Kaitlyn and Nico have no relationship whatsoever outside of being platonic friends.

Kaitlyn Dever is a private person who prefers not to reveal much about her personal life, and of course, this includes her romantic relationships. Her pages on social media platforms are void of anything that could imply her having a romantic relationship with someone, be it a fellow celebrity or not. She frequently shows up on these platforms to interact with her fans, which adds to her well-deserved popularity, but she never talks too personally.

It goes without saying that no matter how many speculations have popped up, the result so far has been the same. Dever is not known and hasn’t announced to be having a relationship with anyone so far, and it does not look like that is about to change anytime soon in the future. However, regardless of her dating history or even if she has none, Kaitlyn is a talented actress and deserves all the love and attention she gets from her audience anyway. 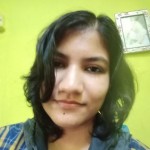