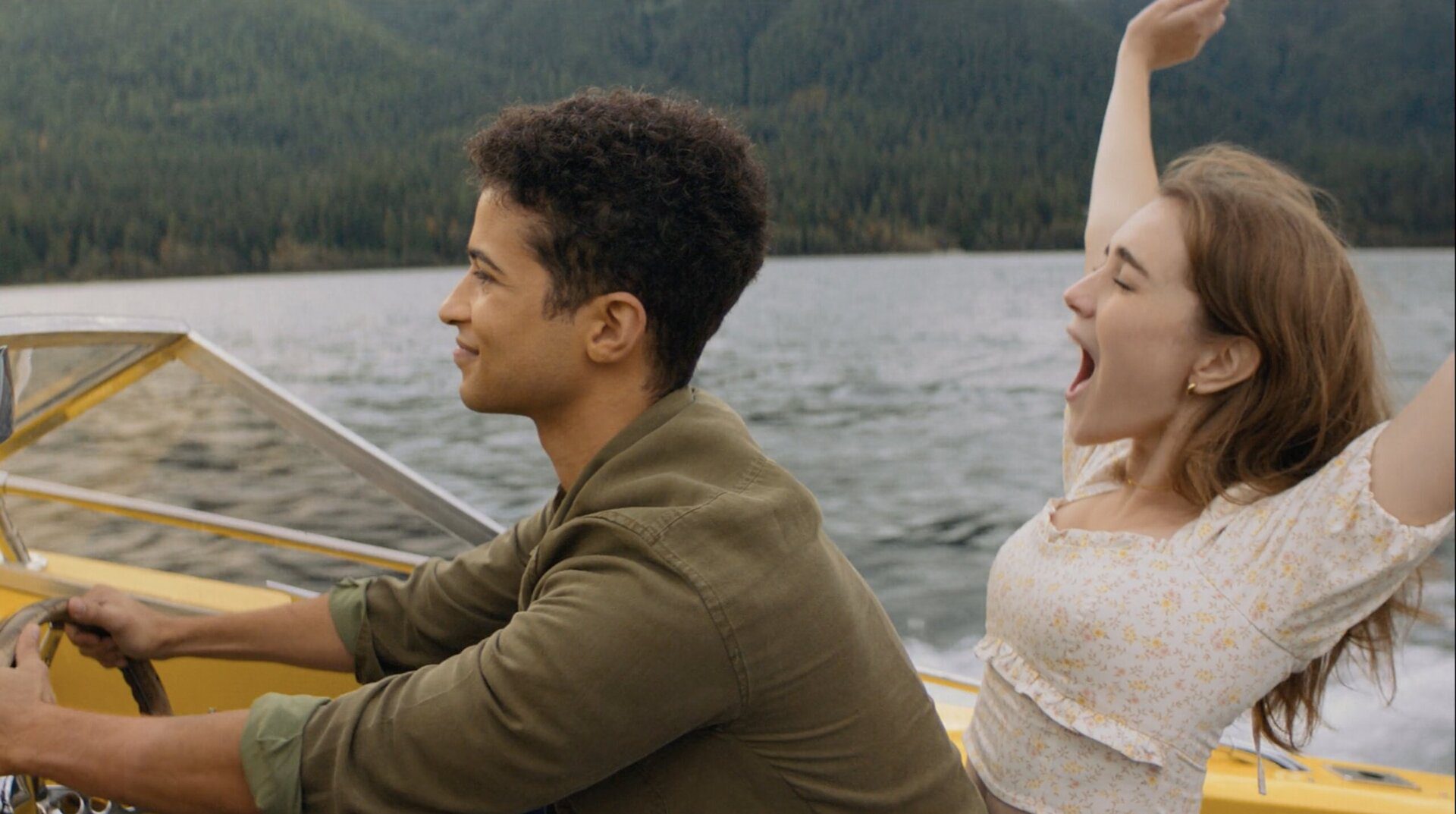 Hello, Goodbye, and Everything In Between ending has all the watchers full of love eyes and we are here to explain it all. Well, you can not possibly think that Netflix will let you spend the summer without a goofy romantic comedy film to make your flutter after seeing the chemistry between the lead characters. This film, as mentioned in the trailer, is produced by the same crew who worked on the To All The Boys trilogy. Michael Lewen directed this film.

This is the directorial debut of the artist and we can see him going to great heights because this film, surely made us feel so good about the summer. The film was released on the 6th of July on Netflix. It is available to stream on the platform. The basic plan of Netflix starts at 8.99 dollars which includes all the titles in the streaming platform’s huge library. Other plans cost 15.99 dollars and 19.99 dollars with added benefits and perks.

The story of the film is based on a novel of the same name which was written by Jennifer E. Smith. The cast has actor Jordan Fisher in the lead role. He is reprising Aidan. Then we see Talia Ryder enact the character of Clare. The two will share a brief, romantic relationship together before it shatters to pieces. Well, that is what the two of them planned.

The story sees the two of them setting a ticking clock on their relationship in order to end it at the correct time. Clara is afraid that their bond might become toxic after a while and that is why has only one rule for dating: No relationships as she goes to university. But there is a lot of drama that is still in store for the two. 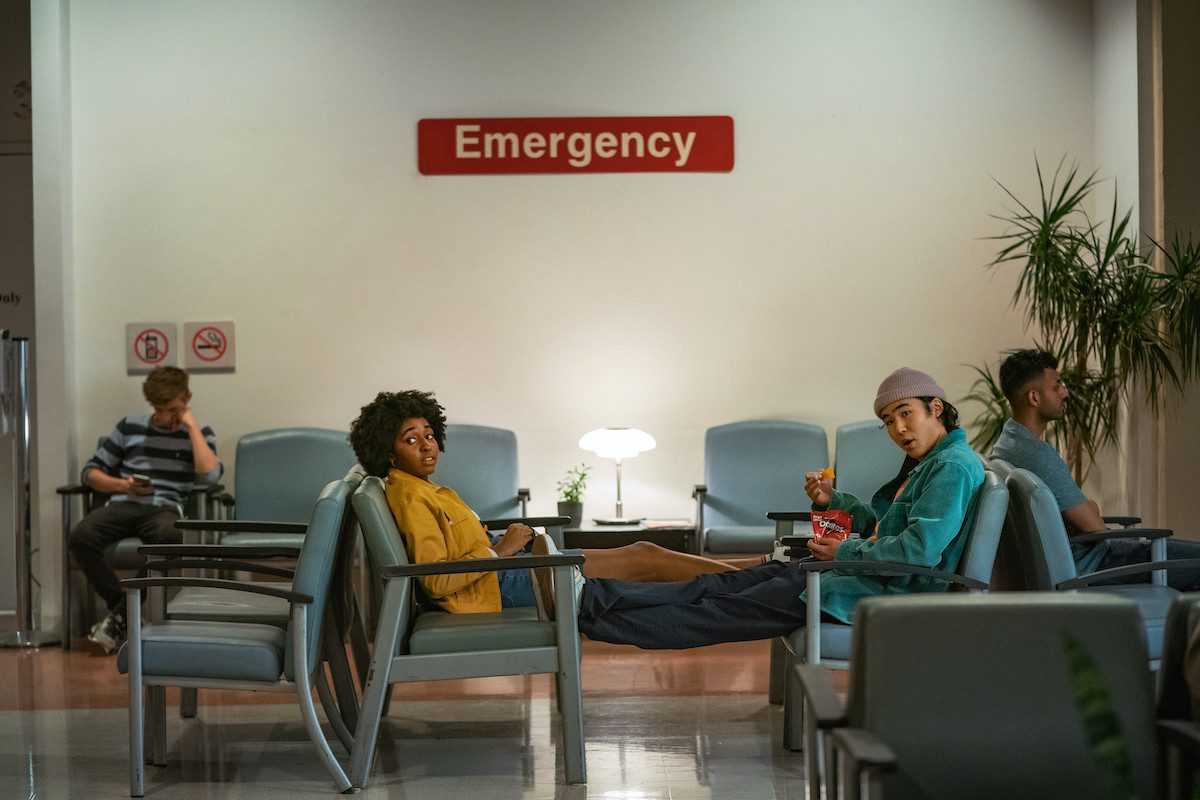 A still from Hello, Goodbye, and Everything In Between

Hello, Goodbye, and Everything In Between Ending Explained

Well, Clare is a very focused student. She wants to achieve a lot in her life and thus, is working equally hard for that. As for Aidan, he wants to pursue music but is forced to opt for medical school by his parents because they think it seems like the right choice for him. Clare does not want a relationship to weigh her down from exploring various career opportunities.

The two, Aidan and Clare meet in high school. They still have one senior year left together. When the duo feels like there surely is some connection between them, they decide to date, although, they also set a pact. The pact states that they will break up exactly after one year before going to college. Before that, they will go on a big date and have a lot of fun together.

Eventually, their relationship evolves. They spend a lot of time together knowing each other and doing stuff together. Each and everyone around them says that the two have never been happy like this. Even the closest relatives are in disbelief of why the two have to break apart from something they are working so hard to build.

Did Aiden and Clare Finally Get In A Long Distance Relationship?

Soon, the time of their breakup arrives and Aidan plans a big date for the two. Although, everything is always easy when imagined when you actually do it, it hurts like hell. We see that the two have started to love each other. Aidan is desperately trying to keep Clare and try long distance together. Although, she is too scarred from the relationship that her mother and father shared when they married young, had Clare, and divorced early.

She does not want to get into such a relationship. When Aidan tries to talk her out of breaking up, they get into an argument. She says that Aidan is not even living life on his own terms. He is going to med school because he just wants to pursue music as a career. Aidan fires back saying that Clare is scared herself of coming into a relationship just because her parents could not work it out. Well, the two break up after this.

Well, we see a series of events where Clare is at Dartmouth and pursuing her goal. She is focused on her academics. As for Aidan, he dropped the idea of med school and went to Los Angeles in order to pursue his dream of music. After a year at college, Aidan calls Clare and says hello. This is where the film ends. We might see the two getting into a long-distance relationship or maybe even rekindling their romance after college ends. This is a story left for a potential sequel.