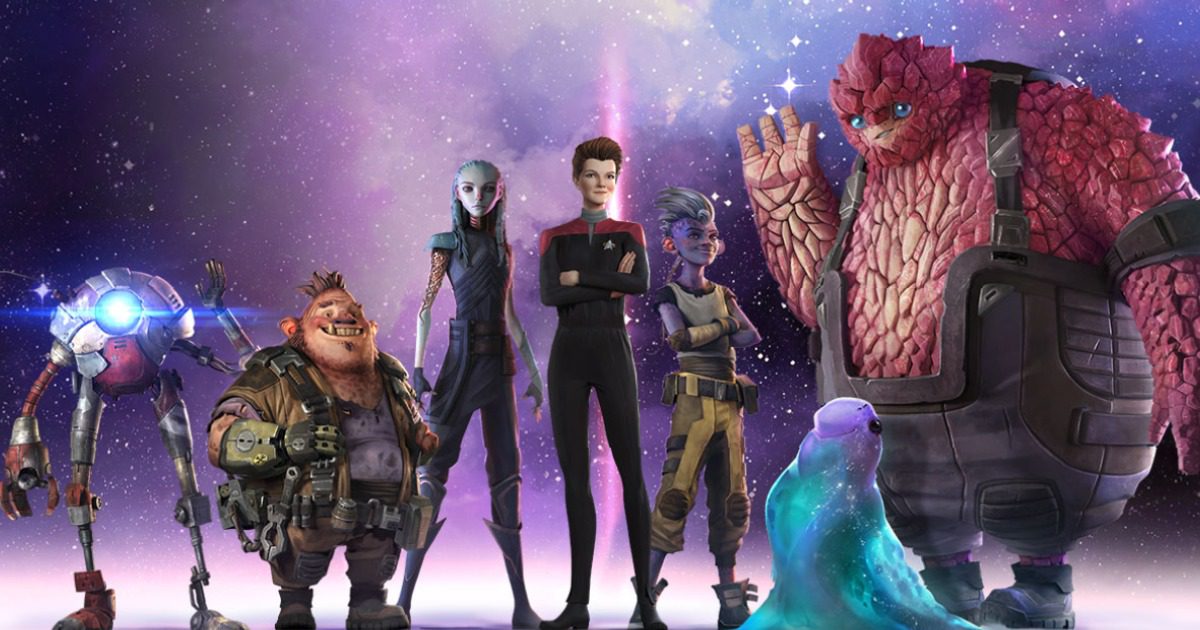 Kevin and Dan Hageman’s 3D animated series, Star Trek: Prodigy, will soon release a new episode this week. The series is based on a group of different aliens from Tars Lamora, which seems to be a prison-like asteroid controlled by the Diviner. Dal R’El, Gwyndala (Gwyn), Jankom Pog, Fugitive zero, and the cute Melanoid slime, Murf, end up finding the ship called Protostar that Diviner had been looking for, and using that, they escape the asteroid.

With no knowledge of the outer galaxies, this group finds themselves only guided by the ship’s Hologram, Kathryn Janeway. The series was made as a part of the expanded universe of Star Trek lore. The show had first aired on Paramount plus but was continued as a full series a year later on October 27th, 2022.

With the second season already in production, Star Trek Prodigy is expected to succeed among the younger audience it targets. It’s the first series with such a target audience, which also adapts a complete 3D animation style.

The Series showed Dal R’El and his friend, Rok Tahk, finding a big spaceship, The Protostar, while searching for Fugitive Zero. He asks the engineer, Jankom Pog, to help build the ship, but soon they are caught by Drednok and Gwyn. They escape with Gwyn on board and decide to head over to another galaxy.

Meanwhile, Drednok and the Diviner start following the Protostar. Dal R’El refuses to listen to Janeway’s instructions and ends up heading right into a giant red star and having a huge cosmic collision. Janeway then guides them away from it. The Crew then finds a flora-filled M-class planet, and since it’s the protocol, the crew lands to explore it. This gives Gwyn a chance to escape from her jail and take command of the ship.

The planet seems normal at first, but it’s seen to be filled with mysterious beings that can sense desires and take up their forms. Gwyn tries to fly away using Protostar but is obstructed when the planet’s branch-like vines hold the ship in place, causing it to explode and land 10 km away. The crew tries to find the ship again while Janeway tries to keep it intact from the vines. 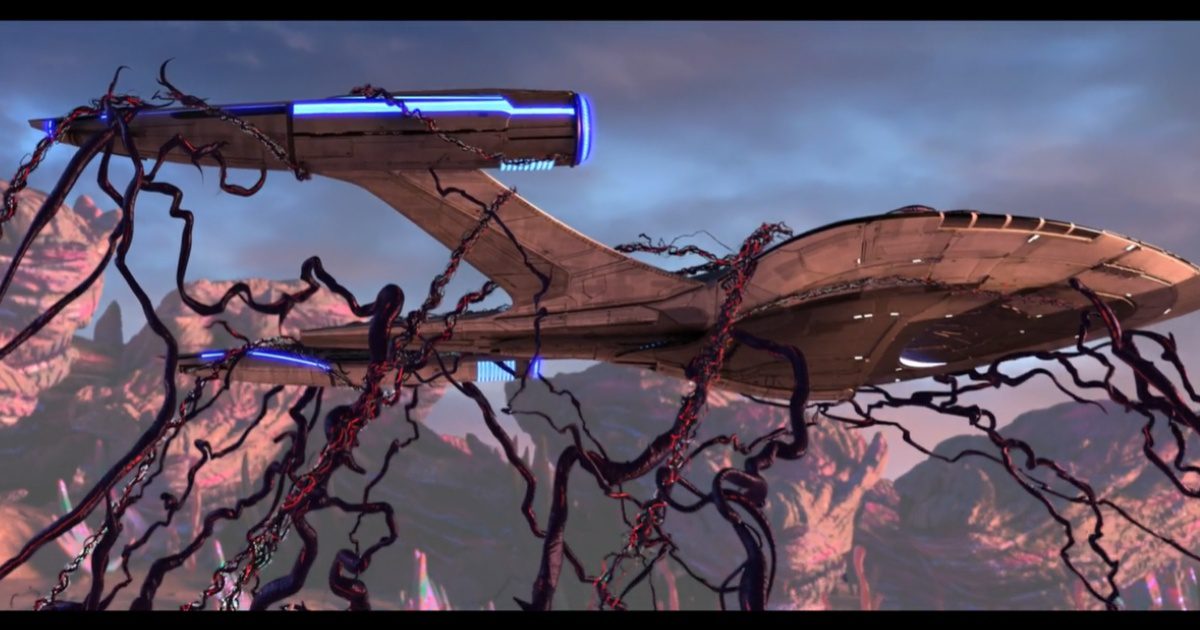 Drednok and the Diviner show up on the planet, and the Diviner sees his daughter, Gwyn, in trouble but chooses the ship, which later turns out to be just a mirage by the planet. The crew finds the real ship and takes off. Gwyn chooses to be on the crew’s side. They then end up in a storm that causes a time anomaly, which is fixed by Rok-Tahk.

The diviner demands the crew to surrender the ship in exchange for all the prisoners on Tars Lamora but betrays them. Fugitive zero ends up showing his true form, causing the Diviner to lose his senses. The ship then heads towards Starfleet, but Gwyn realizes that along with a means of transport, the ship is also a fatal weapon. 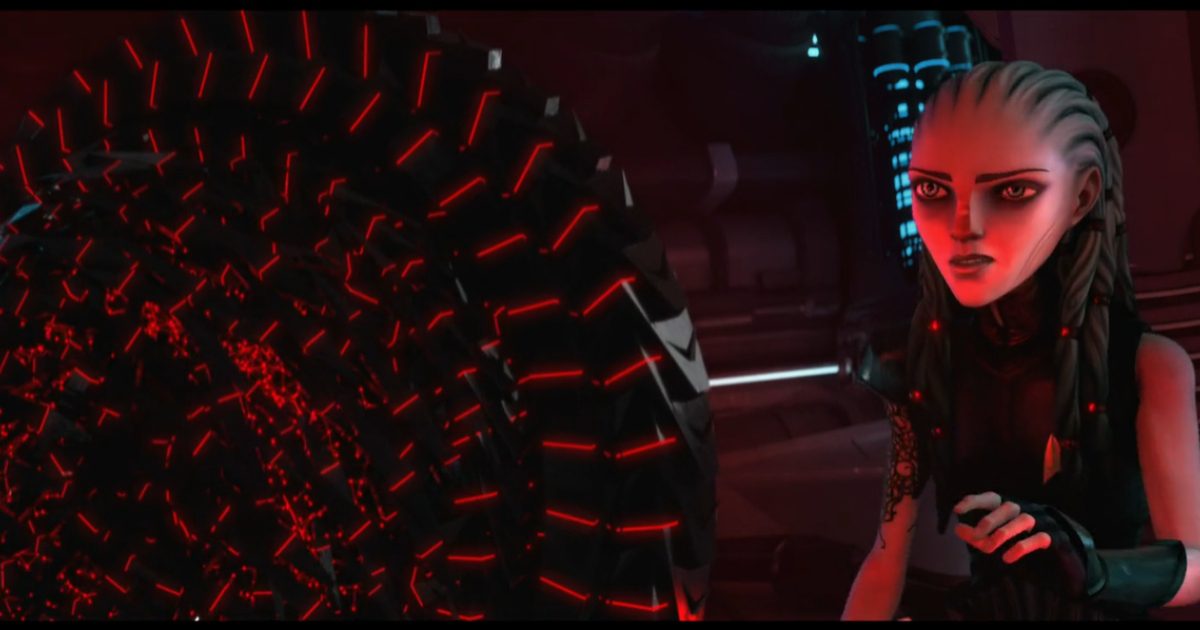 In the previous episode, which was aired on November 3rd, 2022, Gwyn tells everyone about the Protostar being a weapon of destruction. They search for the secret weapon in the ship and find a hidden deck with a glowing black object that looks like it’s alive. Just then, they are informed of a nearby Cube like Planet, to which Janeway informs them about the collective lifeforms that inhabit the cube.

These lifeforms can imitate and adapt to each weapon, which gives the crew an idea. They try to make the cube to help them decide how to deactivate the secret weapon. Zero attaches himself to the Borg’s mind, but the others are soon surrounded by those controlled by the Cube.

Can we take a minute to talk about how beautiful and cinematic this shot was? For one thing the Borg having that retro “Best of Both Worlds” vibe, then the close up on Gwyn’s eye with the drone looking back. Perfection 🎥 #StarTrekProdigy #Prodigy #StarTrek pic.twitter.com/DeZnaG8GHE

Zero manages to break free from the hive’s forces and saves the crew, and they immediately board the Protostar. Unfortunately, without any answers. Meanwhile, The real Janeway, who’s in search of Chakotay, finds the diviner and, in an attempt to find out what happened, revives him from his unconscious state.

The Next episode of the series will be released on November 10th, 2022. New episodes of Star Trek Prodigy will be uploaded on Thursdays, with each episode lasting around 25-30 minutes.

Canadian Viewers can also watch the show on Crave TV as well as CTV at 9:00 pm ET and 6:00 pm PT. The show can moreover be streamed in limited regions on Prime Video.