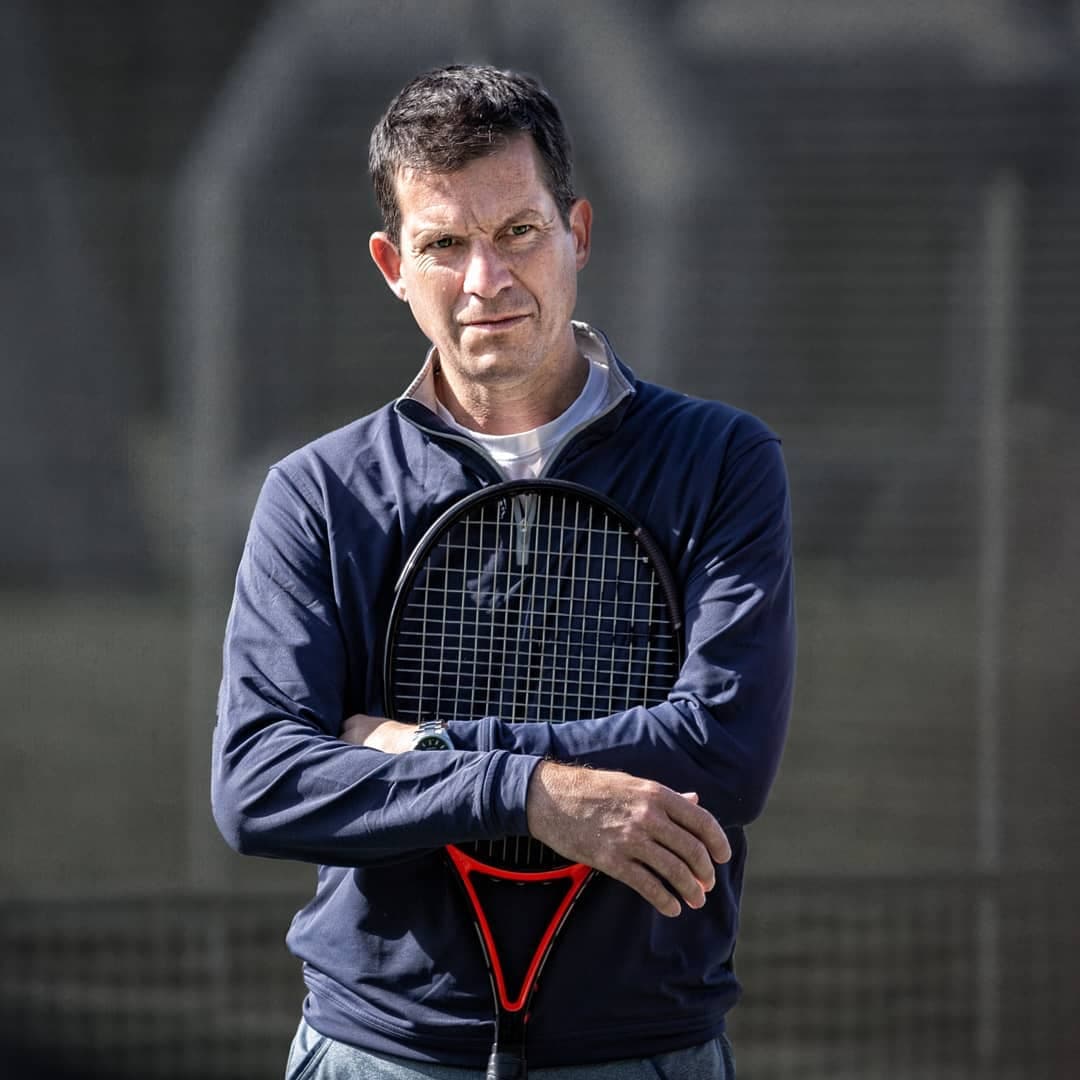 Timothy Henry Henman is a former British Tennis player who was the first male player after Roger Taylor from the UK to reach the semi-finals of Wimbledon Men’s Single Championship.

Henman was born in 6th September, 1974 in Oxford, England. He was born to Tony and Jane and has two brothers, namely Michael and Richard. His father was a solicitor who was into sports such as hockey, tennis and squash whereas his mother was a dress designer who played in Junior Wimbledon. The kids were introduced to tennis during their early childhood by their mother. His family members, including his maternal grandfather and great grandfather have played at the Wimbledon.

Henman started playing when he was only three years old and was teaching himself how to serve and volley. He excelled in tennis and also played other sports. Henman was appointed the school captain of tennis and was the only kid to win junior and senior tournaments in the same year. He started receiving coaching from David Lloyd Centre and Onny Parun gave him personal lessons when he was only 8. At the age of 11, he was picked by Slater Squad. He played tennis for 3 hours daily. Tim dropped out of school as it was getting difficult for him to continue studying along with the long hours of practice. He pursued playing as a single player but won 5 double tournaments and only two single tournaments.

Henman married Lucy Heald on 11th December, 1999. They were said to be in a relationship for a long time. They have three daughters together namely Rose Elizabeth, Olivia Susan and Grace.

In 1991, Tim began his first tour where he did well in the double matches. After turning 18 in 1992, he started playing for senior tournaments. He was ranked #774 at the beginning of 1993 but almost reached the top #600 just within 4 months. He also got a wild card entry to a tournament in Bristol called ATP Challenger. Then, he played the satellite tournament and did fairly well. He failed to qualify for the 1994 French Open which was his first Grand Slam bid. Then, he went on to play for Manchester Open, Stella Artois Championship and Wimbledon Championship. During a match in Singapore, he broke his ankle and could not play for months. His rank fell from #146 to #272 in the world.

After a series of tournament in 1995, he entered the Top 100 and by 1996 he was amongst the Top 30. In 1996, he won the Most Improved Player at ATP Awards and was also UK’s highest ranked player that year. He lost many championships in the semi-finals but he was already a well-established top player. In 2003, he won Paris Masters and an ATP final. He had a good game that season reaching the third round of French Open and quarter-finals at Wimbledon. In his last Wimbledon, he lost to Feliciano Lopez in the second round after which he announced his retirement officially on 23rd August, 2007.

Tim Henman’s net worth is estimated to be approximately around $20 million. During his tenure, he won prize money playing tournaments which was his primary source of income. He also endorsed and had sponsorship deals due to which his net worth at one point was more than $32 million. Currently, as a sports commentator, he gets well paid sponsorships. Along with his family, he currently resides in a house in Southwest London whose worth is approximately around €2 million. Tim is passionate about sports cars and owns 1995 Peugeot 306 XSi, Porscho 911 Carrera 4S, Mercedes SL 500, Jaguar F-Type R and Jaguar I-Pace. His net worth proves he is still among the top tennis players in UK. For more updates, stay tuned.

Notehall Net Worth in 2020 and All You Need to Know