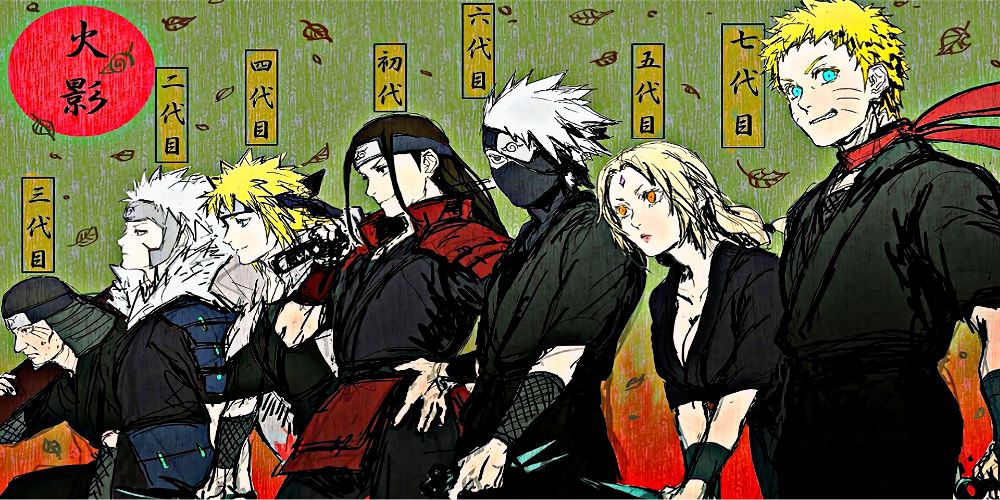 Hokages Vs. Uchihas has been a debate for quite a while now. The fights would be interesting if we were to see them in anime, and luckily for us, few of them have been. But what about the others? As the series has moved far beyond that point, we will discuss the fights of Hokages Vs. Uchihas in their prime and why they would win. And luckily for us, there are seven Hokages and Uchihas for our purpose.

Hokages Vs. Uchihas: Seven one on one fights

Two series are dedicated to them fighting with each other, so we have a lot of things to go through for them. The main focus will be on them fighting each other in their prime. This means the time they got their powers from Six path sage plus not being worn down by the war. The Final fight we saw between the two was them not being at their 100%. But the results( and the fight) would have been different if the two had fought at full power.

One important thing is Sasuke is excluded to use Tail Beasts chakra as they are not part of his arsenal, let’s see how it goes. Sasuke has many techniques up his arsenal but lacks the ridiculous amount of chakra Naruto possesses. While Sasuke has skills, Naruto outdoes him in everything else. He has Ninetails chakra that lets him outdo all of Sasuke’s Jutsu, even Amaterasu. And his best trait is his Stamina, which will help him win the long fight. So Naruto comes as the winner in this Hokages Vs. Uchihas. 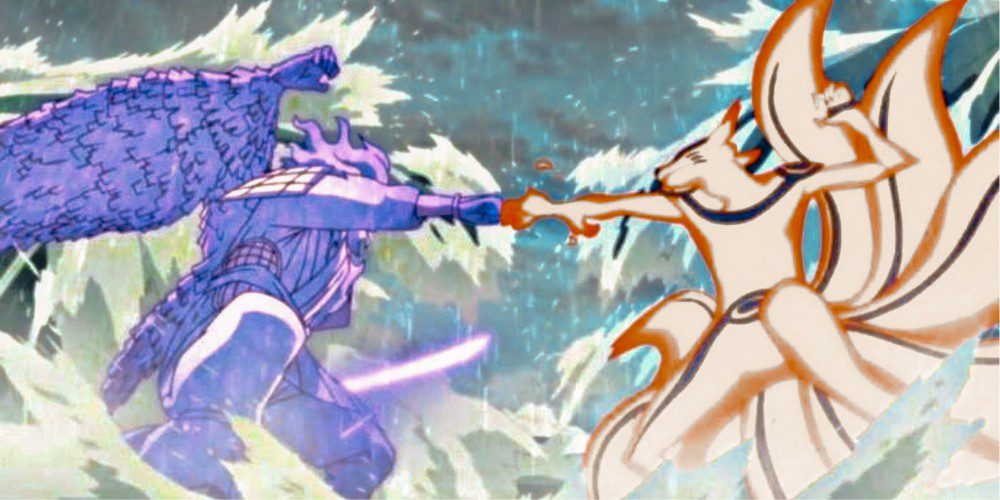 Madara wins easily. Madara never stopped progressing after his defeat from Hashirama, and Hashirama was no match once Madara had gotten the power of Six Path Sage. Moreover, Madara has access to everything under his belt that Hashirama once had, especially his famous wood style.

Kakashi wasn’t much into the spotlight after the story shifted its focus toward Tail beasts and Sharingan, but the thousand Jutsu Shinobi had already reached his prime long ago. The thing is, Obito is one of the few people who have gotten the power of Six Path Sage, and that should him above Kakashi in every form and manner. Not really, when Kaguya materialized into the world, Kakashi was able to hold his own against the dietic being and was even able to deal a decisive blow against the moon goddess. Kaguya is much stronger than Madara, and Kakashi was able to slip past her faster than Naruto and his clones. This makes it a given how well Kakashi will do against Six Path Sage Obito. Kakashi didn’t become just Hokage for the show. 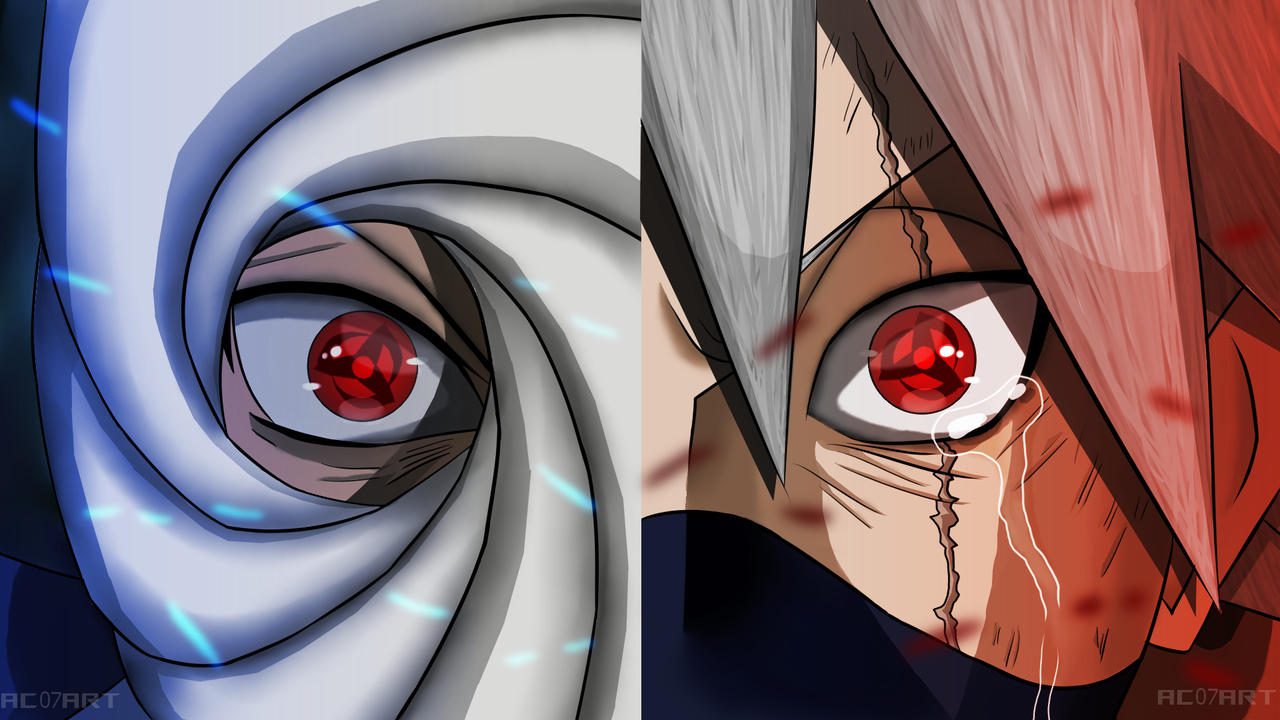 There was a time when Kishimoto sensei said he killed Itachi early because he feared Itachi would end up defeating Madara, and the series won’t have a villain. In this Hokages Vs. Uchihas match, the winner is clear. Hiruzen, the Third Hokage, didn’t have a good stockpile of Jutsu’s under his name and his prowess isn’t his strong suit either. He was chosen to be the Hokage for his leadership skills and his contribution to the village. Itachi, on the other hand, is a different beast. He was also able to break out from Kabuto’s control of Edo Tensei ( Shisui had a hand in it, we will get back to it later). So whatever the third Hokage throws at him, Itachi will be able to counter without an issue. Making it certain which one would win in this fight of Hokages Vs. Uchihas. 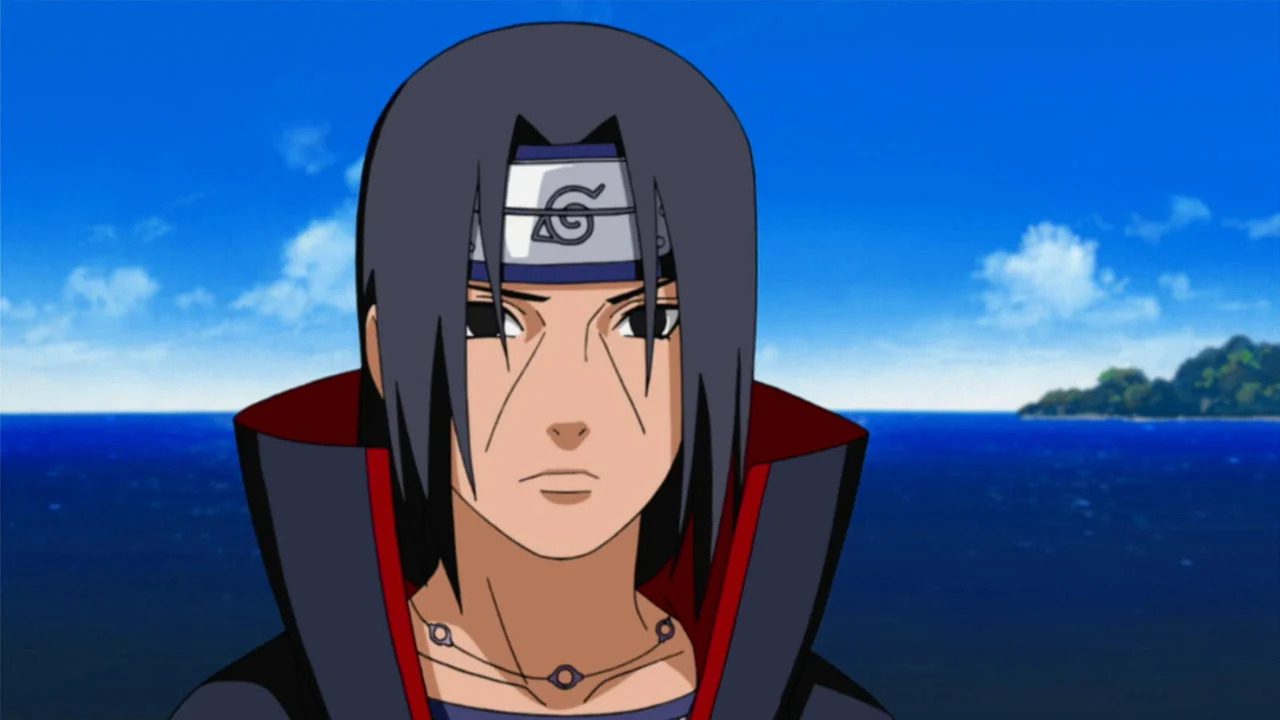 Let’s start with Shisui. He is one of the few characters to have awakened his Mangekyou Sharingan. He also has access to the strongest Gensjutsu, where the target doesn’t even know if they are under the Jutsu. And to top it off, he also has access to Susanoo, just like other Mangekyou Sharingan users. If it were anyone else, they would have issues fighting, but the case is difficult to make when Minato is involved. The fourth Hokage has a long list of achievements as well as an arsenal.

All of the Uzumaki clan seals ( the Uchiha clan was one of the feared clans in all of Naruto) were the fastest in the series without the help of Tail Beasts Chakra and being able to use Nine tails Chakra on the get-go. It was a hype moment to see Minato use Nine-Tails Chakra from when Naruto took multiple episodes to gain that power. Having a Tail Beast Inside you does give people immunity to Genjutsu, and Minato has seals on his sides that will have a counter to even Shisui’s trump card. Seeing all this, Minato will have a flashy one in this Hokages Vs. Uchihas matchup. 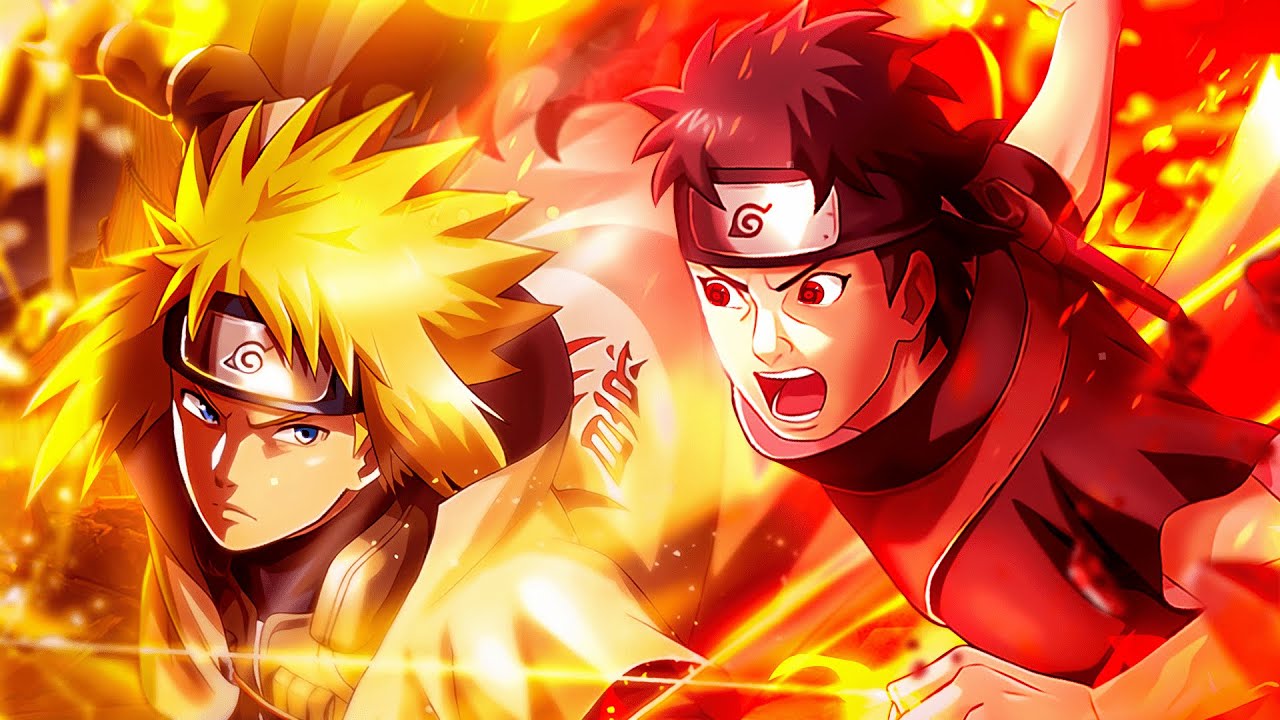 We do know a lot about Tobirama’s achievements and his misdeeds. He can be indirectly held accountable for all the bloodshed that came to and through Uchihas. Hanzo’s actions were also indirectly inspired by him. And if we are to blame him, he could be held responsible for all the fourth Shinobi war and the eventual revival of Kaguya. But that is a topic of a different day. Unlike his brother, who had command over wood style, Tobirama has a different approach to things. He was the fastest in his time and was apt at using all forms of chakra nature. He also created many techniques that were perfected down the line, though Eido Tensei is the most infamous of them all. Izuna, on the other hand, is not as accomplished other being one of the first people to awaken Mangekyou Sharingan. But it was of little use in the mist techniques Tobirama used. And unlike the last entry, we do see this Hokages Vs. Uchihas fight for a death match. 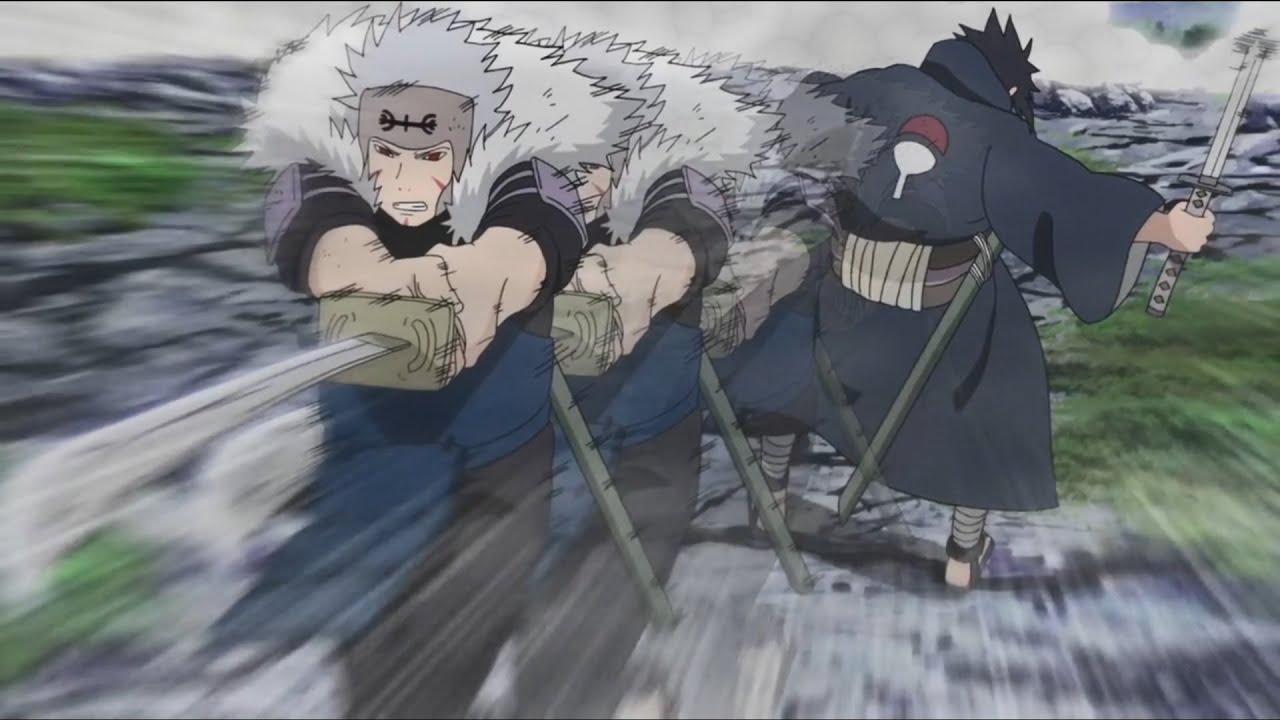 What can we say about these two? One of them managed to become Hokage, while the other was said to be on even terms with Minato. Though, his abilities aren’t discovered as much, or should we say shown as much. Though he too possessed Mangekyou Sharingan during the events of the Third Shinobi War, he didn’t stand out as much. Tsunade, on the other hand, has a plethora of experience and has earned the title of not only Sanin but Hokage. She could also summon her giant during battle to aid her. In a short fight, Fugaku can take a win, but in a war of iteration of Hokages Vs. Uchihas, Tsunade will win. 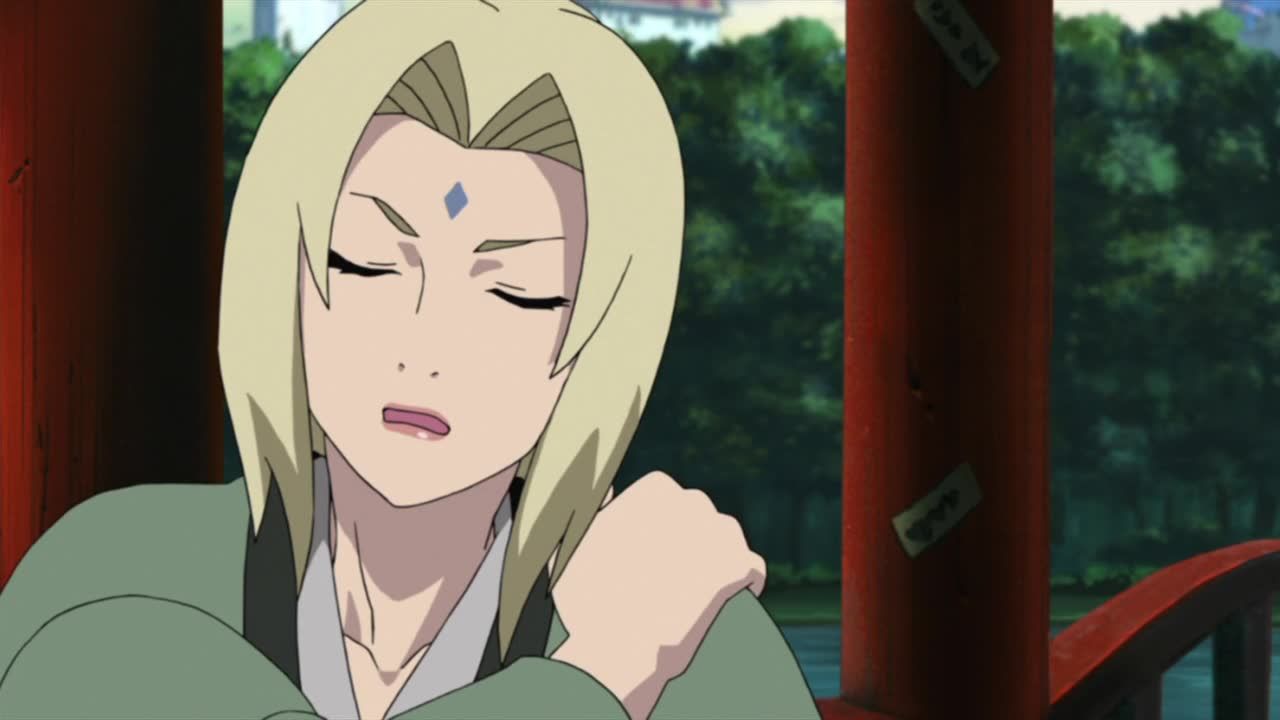 To sum it up, if Hokages Vs. Uchihas were to happen. Hokages will five out of seven times.