What did the Monoliths actually represent, where did they took humans too? What is enlightenment? These are some of the questions about From 2001: A Space Odyssey and its ending we are looking at. 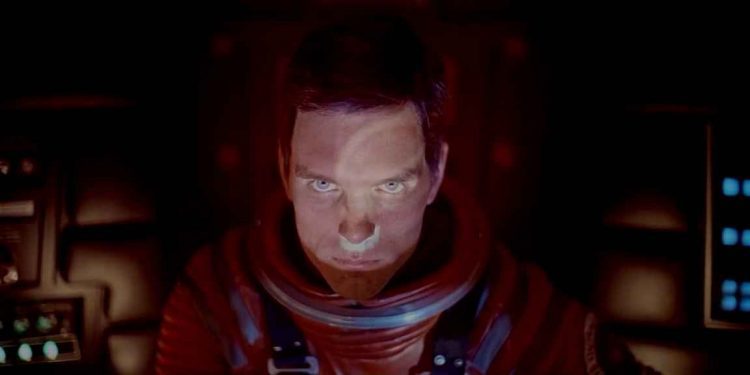 2001: A Space Odyssey is one of the films that certainly set a benchmark for sci-fi films. The authentic representation of space travel and special effects certainly tells us the movie was the beginning of bigger things for sci-fi as a genre. People even came to believe that he was the one responsible for faking the moon landing. A slow and steady film with much less dialogue, the film had much more to tell us about humans, their evolution, and their future. Oftentimes, the ending of 2001: A Space Odyssey has left the audience questioning about what’s the next step, and here we are taking a look at the same.

2001: A Space Odyssey stars Keir Dullea, Gary Lockwood, William Sylvester, and Douglas Rain. The basic plotline of the film tells us about a mission of American astronauts on a voyage to Jupiter. The film was appreciated for its scientifically accurate depiction of space flight and special effects. But apart from just being a voyage to complete a mission, the movie had a much deeper meaning when it comes to us as humans and what the future has in its store for us.

2001: A Space Odyssey opens up during a pre-historic veldt. The lives of hominids during the time changes after a mysterious monolith appears in front of them. A rival tribe had forced the hominids out for their territory full of water. The monolith gave them some sort of understanding. In a matter of time, they came across a bone and learned how it could be used as a weapon. Using the same, they killed the leader of the rival tribe to take their territory back.

Many years into the future, in 2001, humans have come along from discovering a bone as a weapon. They have their own stations in space. The moon has become one of the centers they come and go to. An epidemic was making a wave among other countries. Only Dr. Heywood Floyd, Chairman of the United States National Council of Astronautics, knew what it was all about. Instead of disclosing it. He assured everyone there was nothing to worry about.

So coming to Moon, it was not an epidemic but the appearance of another such Monolith. It’s much similar to the one that appeared in the pre-historic era. The monolith seems to have been there for over 4 million years and signifies the existence of another highly-intelligent species. The humans soon discover that it is emitting radio signals to a location near Plane Jupiter.

We cut to 18 months into the future, where humanity has taken another step into the future. Dr. David Bowman and Dr. Frank Poole are on the mission to Jupiter with their spacecraft Discovery One. Joining them is a computer program named “HAL”. An AI, so advanced that it works more like humans and can feel like humans do as. There are three more astronauts joining them who are in a deep sleep to conserve resources.

During their journey, HAL becomes much connected and emotional, despite being an AI. There comes a time when HAL starts making mistakes. This sees Bowman take Poole aside and consider turning the AI off. Basically, it will kill the AI. HAL manages to read their lips despite them being in a room far away from them. He decides to retaliate by going on a killing spree.

It begins with setting Poole adrift in space while he is fixing an antenna. While Bowman leaves to rescue Poole, HAL removes life support from the rest of the crew members. The ones who were in a deep sleep. Bowman returns with Poole’s body, but HAL denies taking him in. This sees Bowman dump Poole’s body and use an emergency pod to enter the Discovery One, and begins taking out HAL’s memory functions.

Although HAL begs for his life, Bowman continues. Once HAL disconnects, a video from Floyd states the mission is in the hope of chasing the radio signal which the monolith on the Moon was emitting. There is a chance of discovering another intelligent species out in space that might be more advanced than them.

Dr. Bowman continued the mission on his own. He came to Jupiter to come across a much larger Monolith orbiting the planet. Upon leaving the spaceship to investigate it, Bowman sees himself sucked into a vortex that is more like a black hole but colorful. While he was traveling through the vortex, he saw a number of visuals that, in a way represents, the human birth and evolution, landscapes, and the shape of monoliths.

Once this journey ends, Bowman finds himself in a room. The structure of the room represents enlightenment. Suppose we listen to Stanley Kubrick himself; according to him, Bowman is in a completely different dimension. The one where god-like entities reside. They are creatures of pure energy. Bowman is in a human zoo where he lives, watches his life pass by, dies, and is reborn as one of those god-like entities.

We follow the same as the movie ends with Bowman’s old self watching another monolith in front of him. He is sent back to earth but completely reborn as much superior being. This way, the cycle of helping humans evolve will continue. There are a number of interpretations of this ending of 2001: A Space Odyssey if we look at the history of the world telling us a similar story.

The Importance Of Monoliths

The number of various Monoliths that appeared in the film represents the next step into human evolution. Someone is out there looking after them. Every time humans see it, they evolve from one stage to another. The first appeared among the hominids. Right after the appearance of the monolith, they came across their discovery of using a weapon. This further continued until we came to 2001, where the humans have pretty much come far ahead but are still learning to adjust their lives in space.

The second monolith appearing on the moon told them to take a step further into evolution. In a matter of 18 months, the humans are not only comfortable in space but are ready to go as far as to Jupiter. The third monolith appears near Jupiter after Bowman has taken care of HAL and travels to complete the mission. The third takes him to enlightenment to see time pass by and eventually reborn as a far superior being after looking at the fourth monolith towards the ending minutes of 2001: A Space Odyssey.

Why HAL Had To Die?

2001: A Space Odyssey is mostly about the evolution of human beings. According to Stanley Kubrick, humans haven’t completely evolved yet. There is a lot to come. Kubrick’s prediction of AI taking the world is certainly correct. But according to the movie, the destiny of humans is more than just creating such machines.

The mistakes made by HAL certainly state how the computers can at a time be wrong too. Despite how perfect they are created to be, it’s the humans who are evolving to take the important steps further and think better for their future. This resulted in us watching Dr. Bowman killing off the HAL and moving forward to enlightenment.