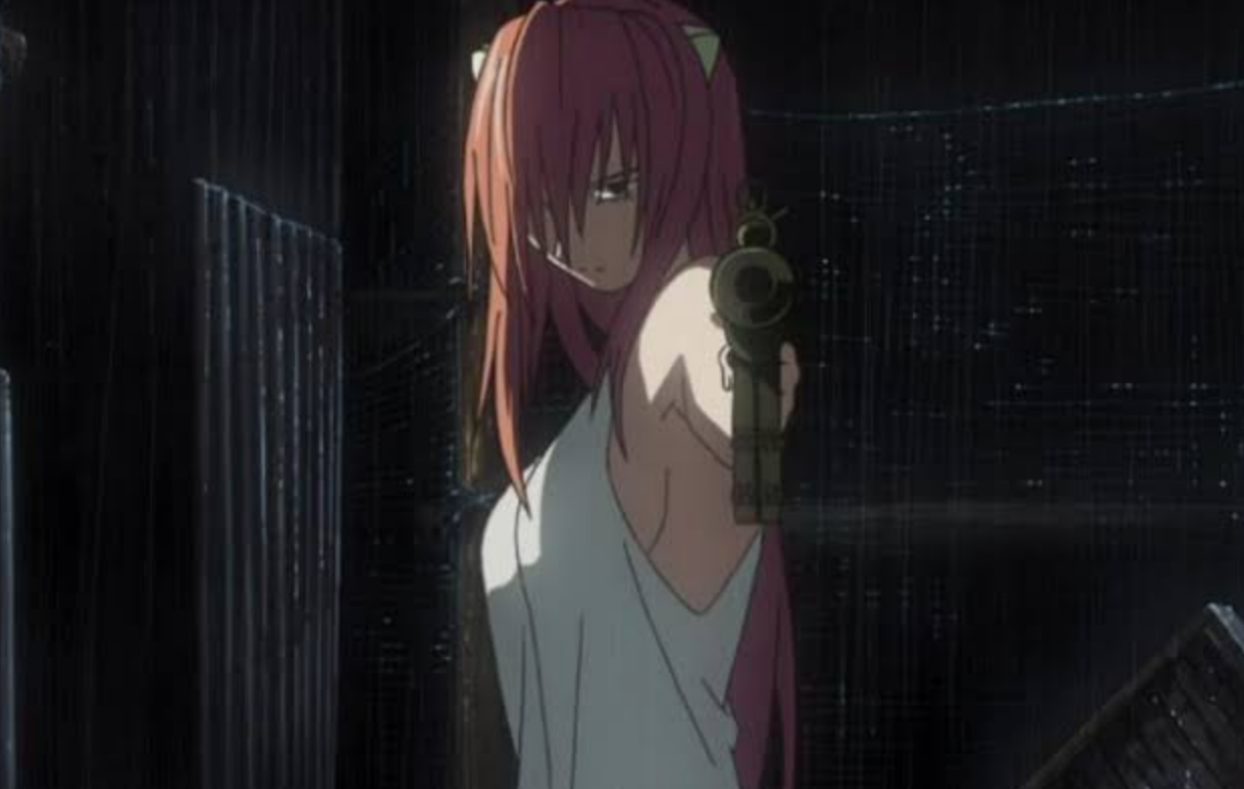 Today, we’ll be looking at 20 Elfen Lied facts that you should probably know. Elfen Lied was one of those anime that gained immense popularity during the time it came out but later lost its viewership over the years. In the current era of cutting-edge animation and diverse genres of anime, Elfen Lied seems almost forgotten. However, the 2004 anime is seen as one of those which defined gore and edgy shows. The anime has been characterized as being overly blatant and as a horror series of exceptional merit.

Elfen Lied showcases the views, differences, and emotions of the Diclonii. These are mutant species similar to humans but are infected with a deadly disease. The distinguishing factors between humans and Diclonii are that a Diclonius has two horns on its head and has transparent telekinetically controlled arms called “vectors”. These have the power to manipulate and cut objects within their reach. The anime’s main character is a Diclonius girl, Lucy. Lucy was severely abused by human beings, and consequently, she wanted to exact revenge on humans by killing them all. Let’s dive into 20 facts about Elfen Lied and try to remember the popularity it once had.

Elfen Lied is not entirely based on the manga. The anime contains only 13 episodes, whereas the manga has 12 volumes. The anime ended before the manga got over. This shows that the anime has adapted only the early parts of the manga into the episodes and left out a lot of content. It also created its ending, which was different than the manga. However, the anime’s diversion increased attention towards the manga. 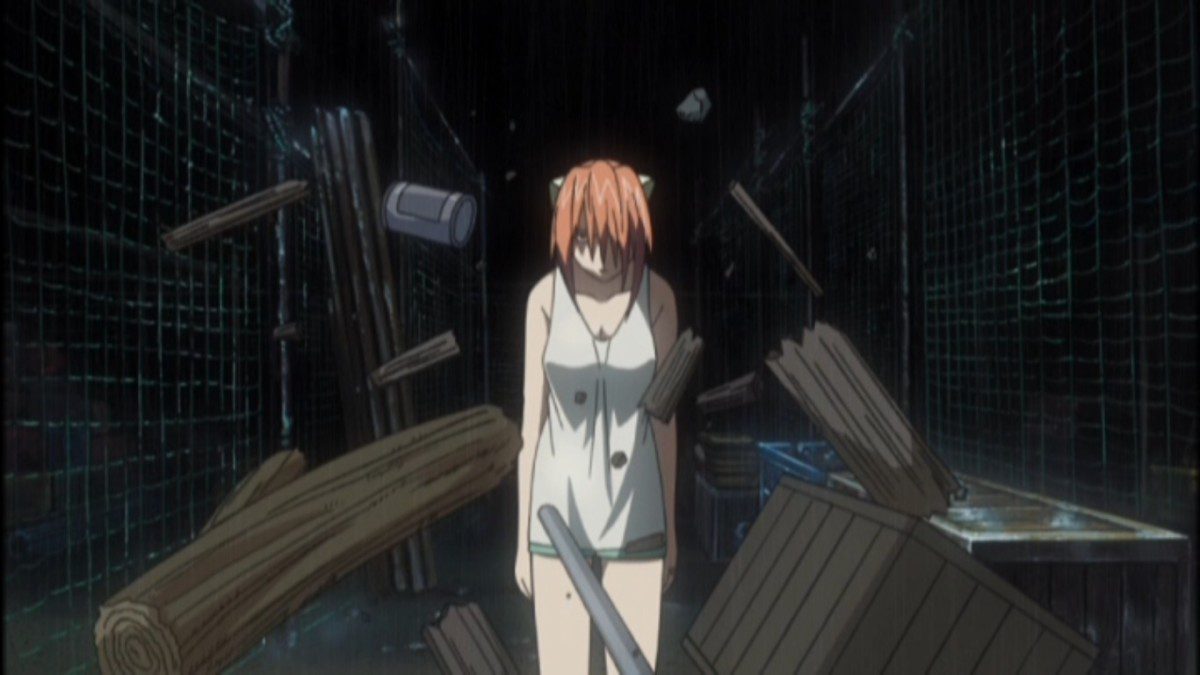 19. Late Recognition Across The World

Elfen Lied anime ended in Japan in 2004. But it aired in the United States in 2005, and as a result, the anime gained much of its popularity a whole year after it first came out. Yes, it was famous in Japan, but it gained higher viewership and widespread praise overseas. The manga ended the same year the anime was released in the United States. It was a sleeper hit.

The music box in the anime holds significance for both Kouta and Lucy. Kouta has the music box when he meets Lucy for the first time and immediately expresses how much they love the song it plays. The music box plays the sad but sweet melody called “Lilium,” which is, in fact, the opening theme of the anime series. The box reminds Lucy of Kouta and hence is important to her. Sadly, the music box stops playing at the end of the anime, which represents the death of Lucy’s personality. 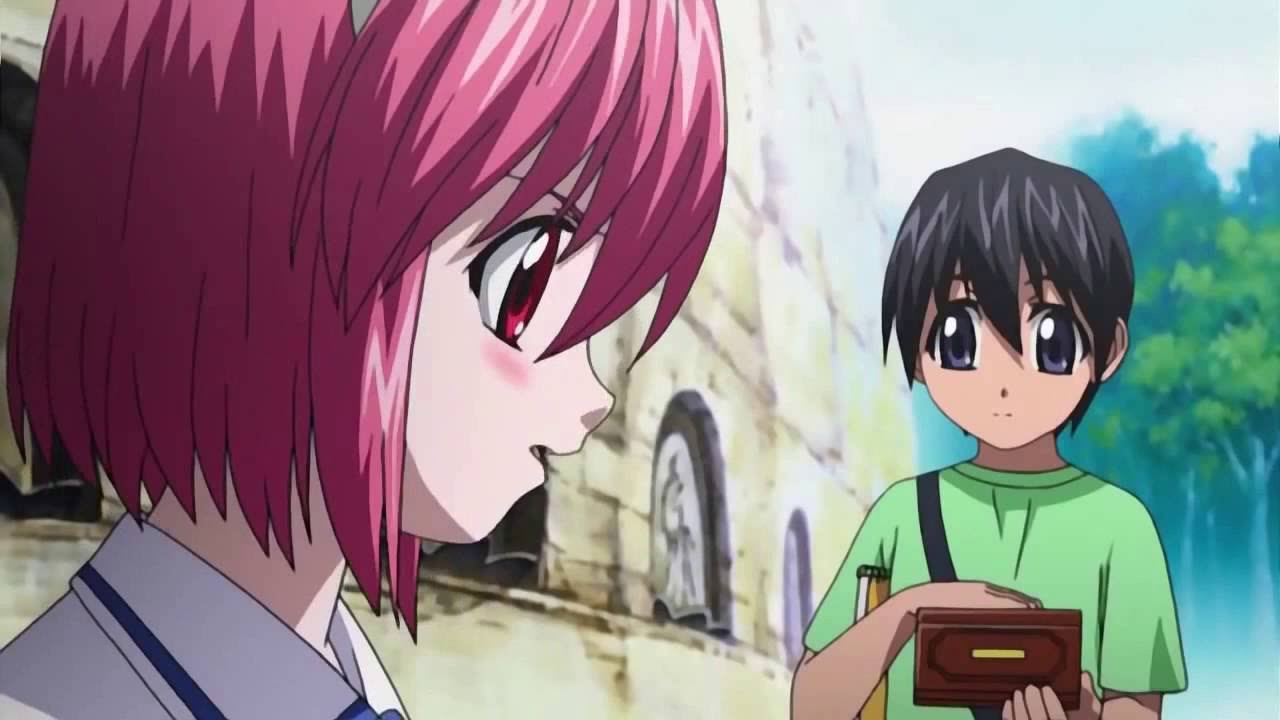 17. Influence For A Modern TV Show

The Duffer Brothers, who are the executive producers of the popular Netflix science fiction-horror series “Stranger Things,” have cited Elfen Lied as an influence for the 2016 TV series. They even said that the character “Eleven” from “Stranger Things” was inspired by the anime’s character of “Nana”. The Duffer Brothers have stated that the anime was like an ultra-violent E.T. (Extra-Terrestrial). E.T. is a 1982 American sci-fi film produced and directed by Steven Spielberg. 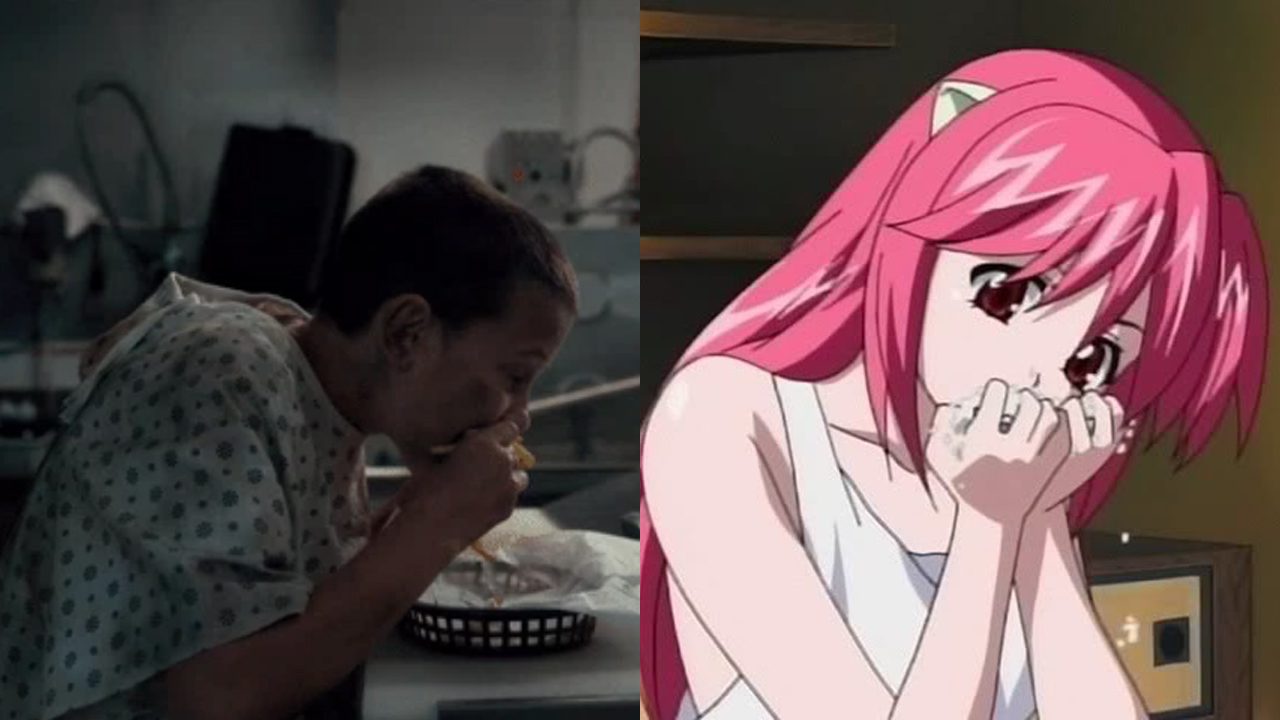 Eleven from Stranger Things and Lucy from Elfen Lied

16. The Anime Is Banned In China

The Chinese Ministry of Culture named the Elfen Lied among 38 other anime and manga titles to be banned in China on June 12, 2015.  The anime was banned for extensive graphical violence.

All the Diclonii in the anime have pink hair, but their shades vary. For example, Lucy’s hair is cerise, Nana’s is a pale purple-tinted pink, and Mariko’s is light pink to the extent that it looks like blonde at sunset. In the manga, however, Lucy has cotton candy-like pink hair, Nana has dark purple hair, and Mariko has blonde hair. 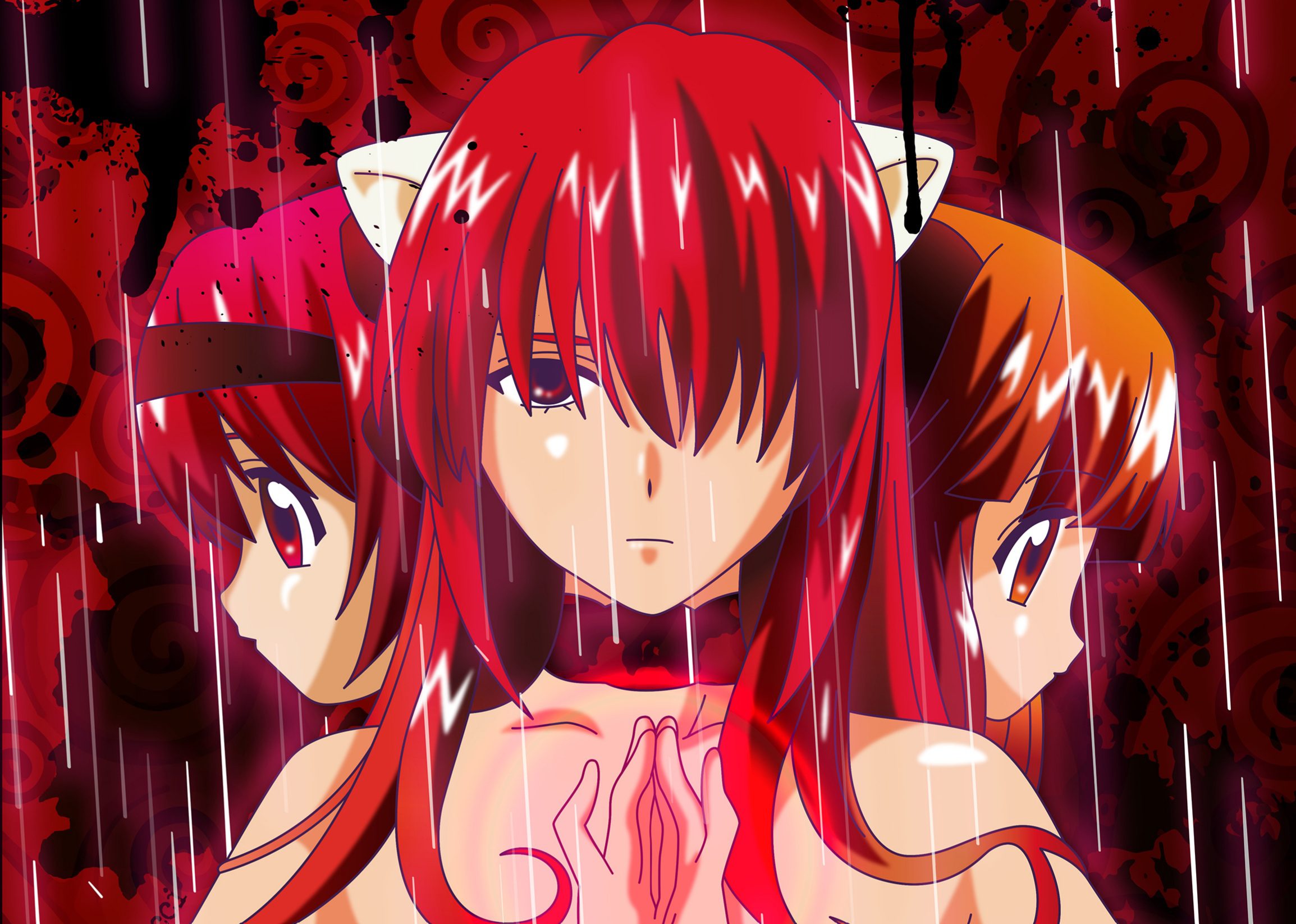 The title “Elfen Lied” is derived from the poem “Elfenlied” (Elf Song). This poem was written by German author Eduard Mörike in the year 1837. There is a mention of a “slipelit” in the poem, and in the anime, it is a term used to represent a Diclonius who has human parents. 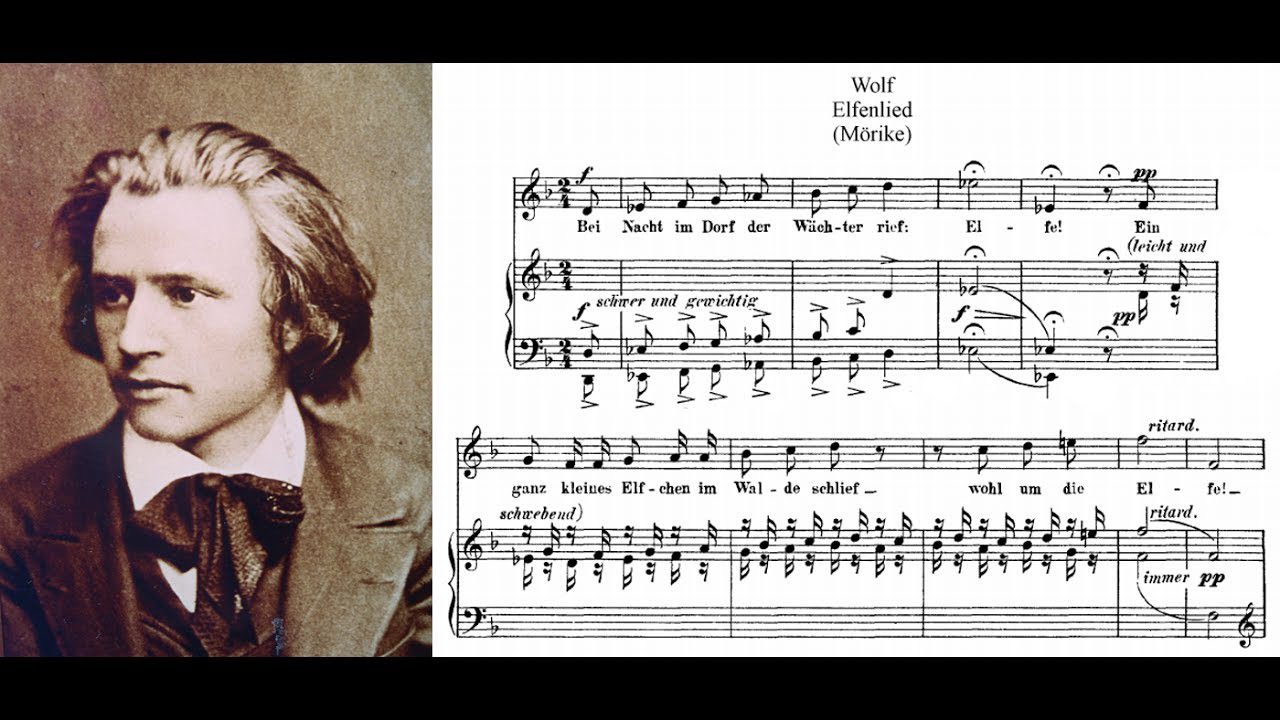 The full names of the main characters were never mentioned in the anime except for the character of Professor Kakuzawa. His full name is Kakuzawa Kyōju.

In the anime, Kurama dies along with his daughter Mariko to make amends for his treatment of Mariko and also for euthanizing several little Diclonius children. However, in the manga, it is the opposite. Though Kurama wishes to die at first, he realizes that he should atone by making up for his wrongdoings as a living person. 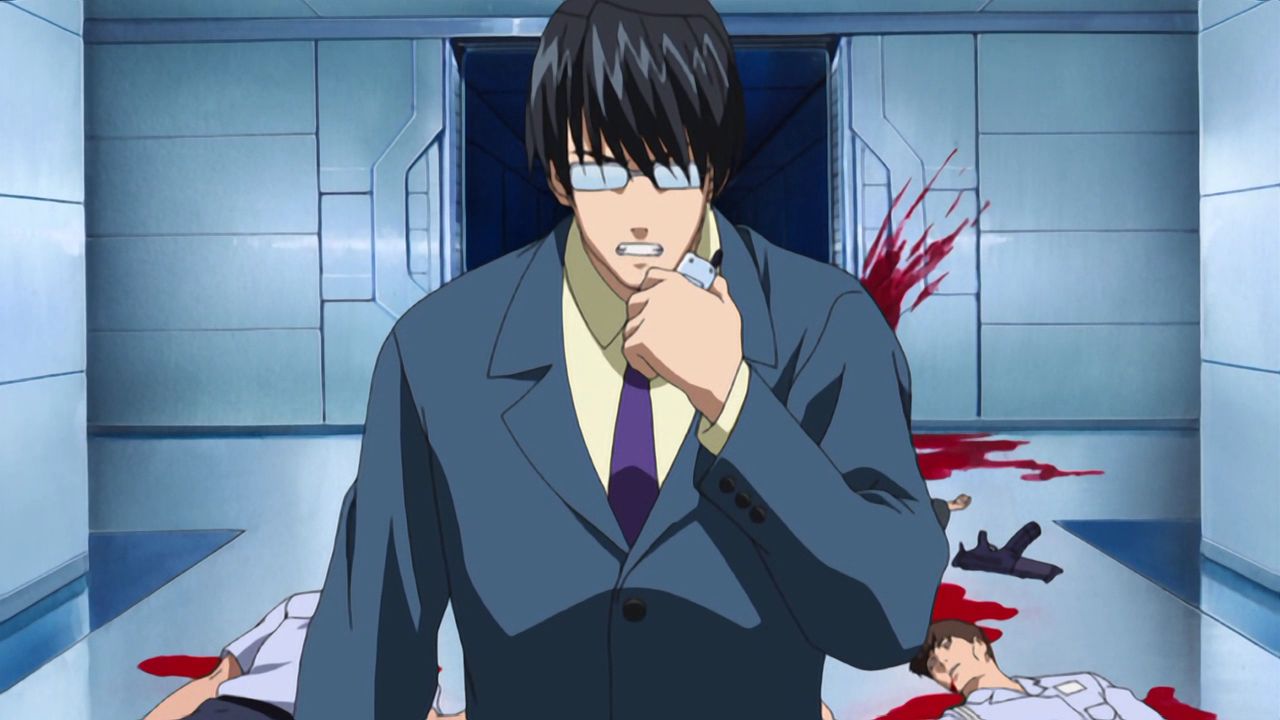 The “W” fingers that Lucy/Nyu makes come from Christianity. St. Ignatius Loyola was the founder of the Society of Jesus, who lived in the 16th century. He led the Counter-Reformation. He said that when a crime is committed, when one is confronted with difficulties, or when one is in deep despair, one should put their hand in the “W” shape to their chest. Spanish painter El Greco, who lived in the same era, crafted a lot of paintings using the same style of hands. To put into perspective, Lucy’s/Nyu’s fingers show her pain and regret. 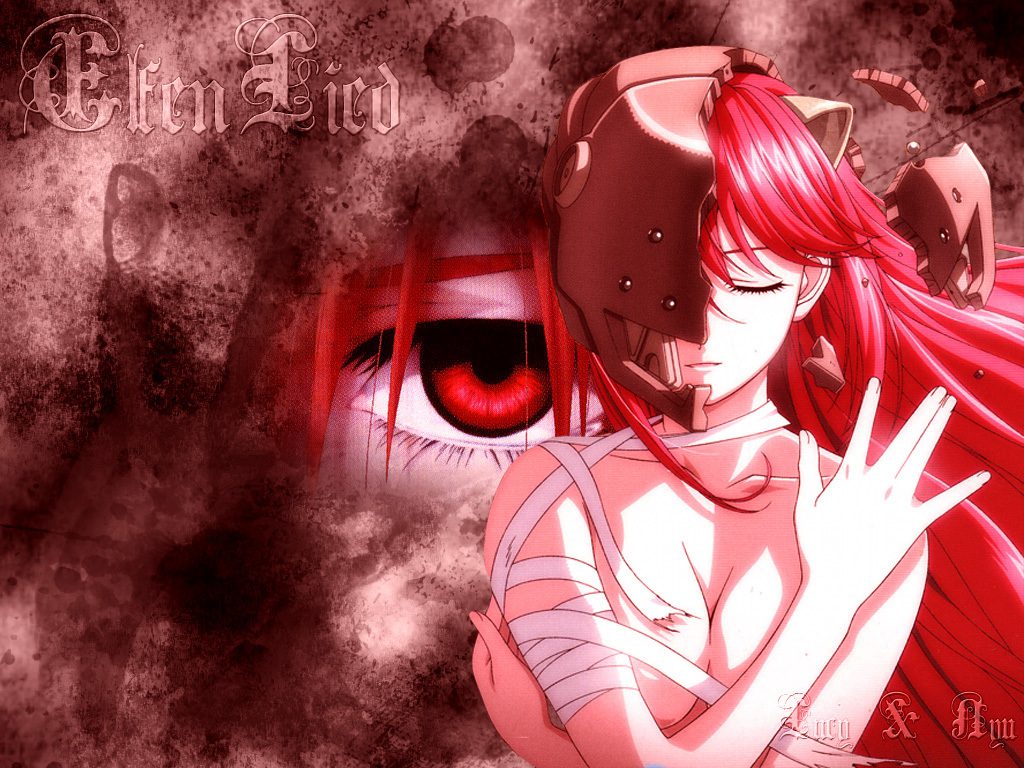 Most of the viewers might be pronouncing the name of the anime with the word “lied,” thought to be the past conjugal of the English word “lie”. However, the title is not English. It is German. Elfen lied is a compound word consisting of the two words Elf(e) and Lied with the “-en” written between them. Elf(e) stands for elf, and Lied stands for a song, as they call it in German. Hence, the word literally means an elf’s song. Elfen Lied is pronounced as “elfen leet” due to the letter “D” sounding like a “T”. This is because in German, if the letter “D” is at the last consonant in a word, it will sound like “T”.

9. Lucy’s Reaction To Her Dog Dying

Lucy had found the puppy at the orphanage when she was young. In the manga, when Lucy sees her puppy gets killed by Tomo, she laughs at the scene. Then she kills everyone present there at the scene. In the anime, the laughing part is not shown.

Lucy’s real name is Kaede. The meaning of Kaede is “maple”. This is a reference to where Lucy stays, Maple House. However, there is no certainty that Kaede is her birth name given to her by her mother. She was abandoned as a child and was shown to be naked. This makes it a strong possibility that the orphanage workers gave her this name. But this is never mentioned in the anime, and when Okamoto was about this, he said that the origins of her name were “a secret”. Hence, the origin of her real name still remains a mystery. 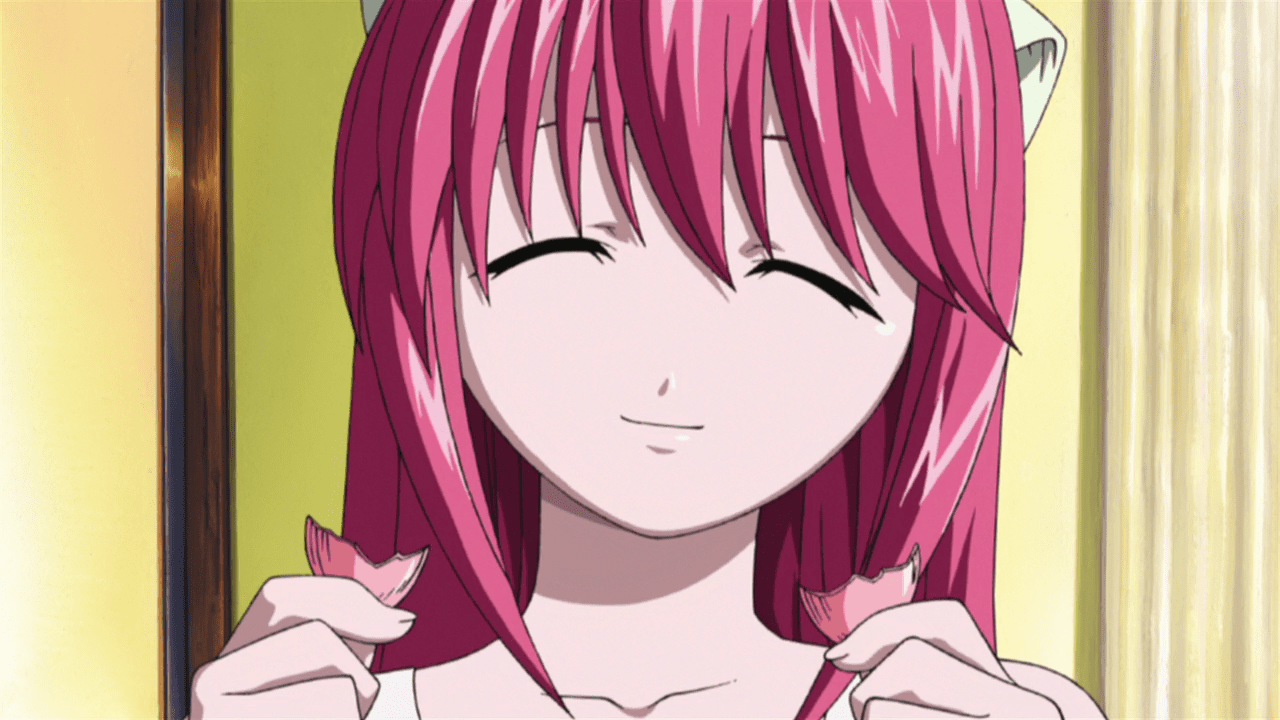 In the anime’s end, it seems that the person standing at the door that Kouta goes to answer is none other than Lucy and that she’s still alive. Also, in the end, the music box stops playing, and the clock starts working. This strongly implies that Lucy is dead and Nyu is alive as the clock was Nyu’s favorite object and the box was Lucy’s. Finally, when Kouta walks out to see what is up with Wanta, he sees a shadow on the other side of the gate that looks the same as Lucy. When he is about to open the door, the clock begins to work. It’s up to you to decide!

6. Nozomi’s Exclusion From The Anime

Mamoru Kanbe, the director of Elfen Lied, was displeased with the character of Nozomi. He left out the character from the anime when he produced it. This was done in spite of Nozomi being one of the main characters in the manga. This is one rare fact about Elfen Lied.

5. Location Of The Anime

The series is set in a real-life location in the city of Kamakura, Japan. If you see the locations in real life, you might get an uncanny feeling. The stone stairs, the beach, the island with the tower, and other things. 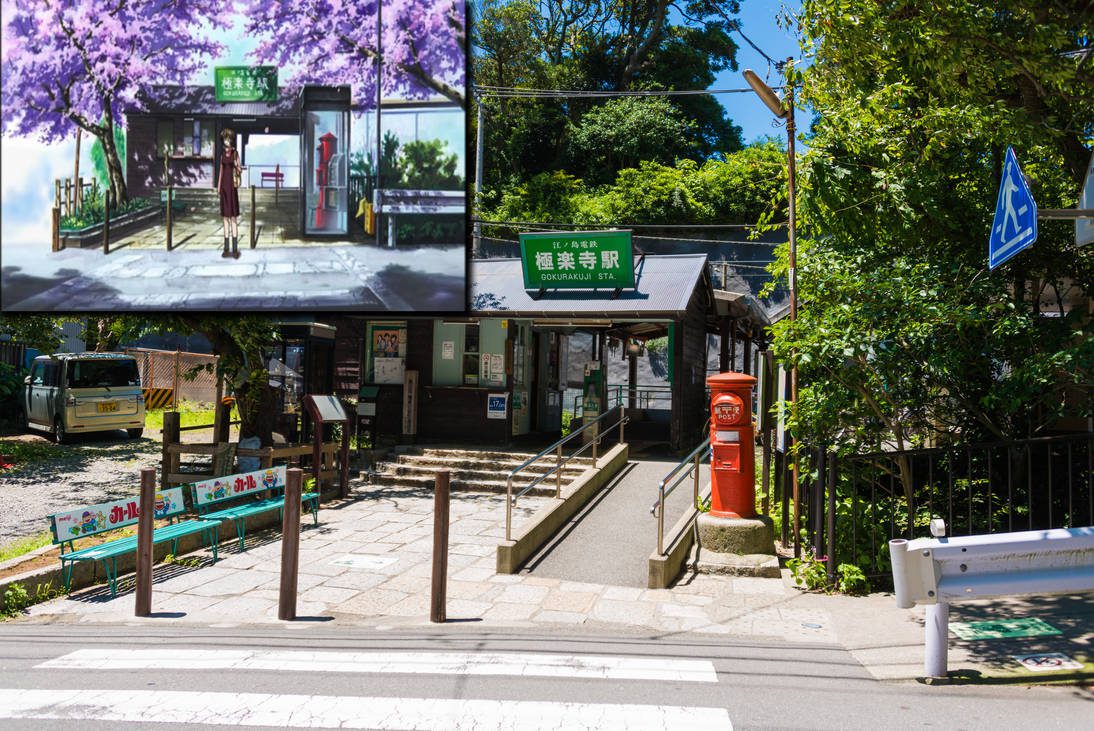 Lucy is the “mother of all Diclonii,” as this is what many characters feel in the anime. Lucy is the only one to be able to reproduce. Hence, she is said to be the first known ancestor of all the generations. Her name is kept deriving influence from the Australopithecus fossil, Lucy, who is the oldest human ancestor. This is one rare fact about Elfen Lied.

When Lucy advances towards Mariko after she knocks her out of her wheelchair, her hair ribbons are not there for several frames. They are seen again when Mariko attacks her with her vectors. Also, in the scene, the prosthetic arm is shown to be on Mariko’s left arm, whereas it should be on her right. This is an animation goof-up in the 13th episode.

Kouta is shown to be wearing a T-shirt with the Bat-Shield on it when he’s near the dining table at the house. This is shown in the 5th episode of the anime. This can be seen as a reference to Kouta’s memories resurfacing. This is because both Bruce Wayne (from Batman) and Kouta lost their families to violence and were shaped by it. But this can also be interpreted as just a creative attempt by the staff. 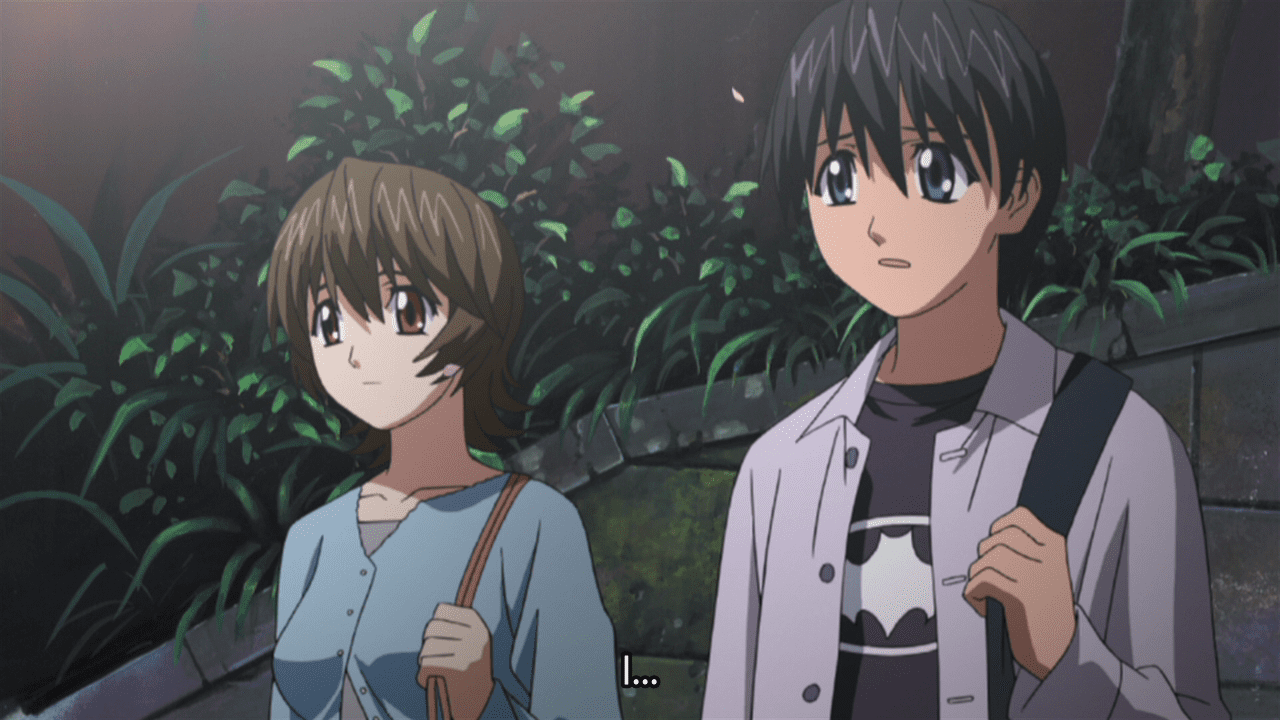 1. There Are Male Diclonius In Elfen Lied

Yes, there are male Diclonii in Elfen Lied but only in the manga. This is one rare fact about Elfen Lied. There are none in the anime, though. They are so rare that only one male is shown in the manga, and he is Lucy’s half-brother. Only a handful of characters know of him, and they firmly believe that he is the only male one in existence. There could be more males, but the manga and anime both show no signs of them.

These were 20 Elfen Lied facts that we have for you. You can watch the anime on Crunchyroll.