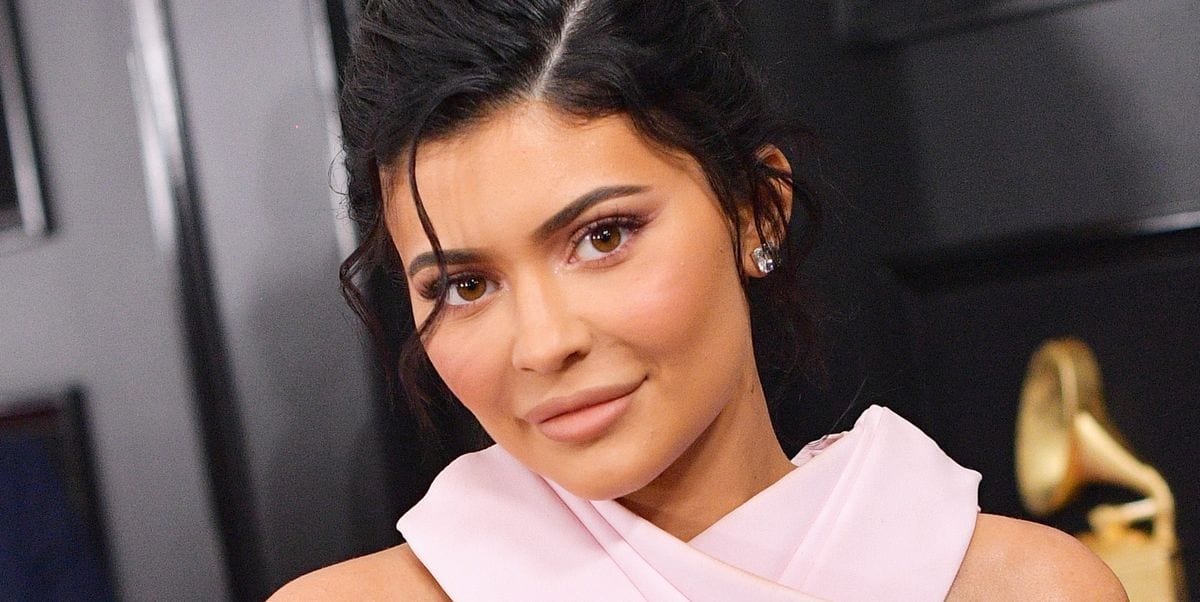 Celebrities live a life we all adore- the makeup, shoes, fancy clothing, and luxury vacations. They work tirelessly behind the cameras to look presentable on the screen. Hours in the trailer to get their makeup done so they can impress their fans. But at the end of the day, they are people too. They are normal, just like us- they eat, sleep, and love like everyone else. Moreover, they also have imperfections.

While the camera and editors manage to hide them most of the time, celebs often introduce their real selves to the fans via Social Media. Hence, let’s have a look at 20 celebrities who aren’t afraid to show their imperfections to the world.

1. Lizzo – Isn’t scared to reveal her naked self

The singer-songwriter is a queen when it comes to music. However, she also owns social media. The singer is not afraid to present her flaws to the world. She often shares topless pictures of herself to remind us that we all are the same. Truth Hurts singer knows how to spread body positivity.

2. Ashley Graham – The  Model Likes Being Carefree At The Beach

Actress and plus-size model Ashley Grahm often posts pictures of her body and how it changes. One time, she posted a picture of her legs while she was chilling at the beach. She wrote that she works out and tries to eat well. She has cellulite on her legs, just like everyone else, and she is not ashamed of it. 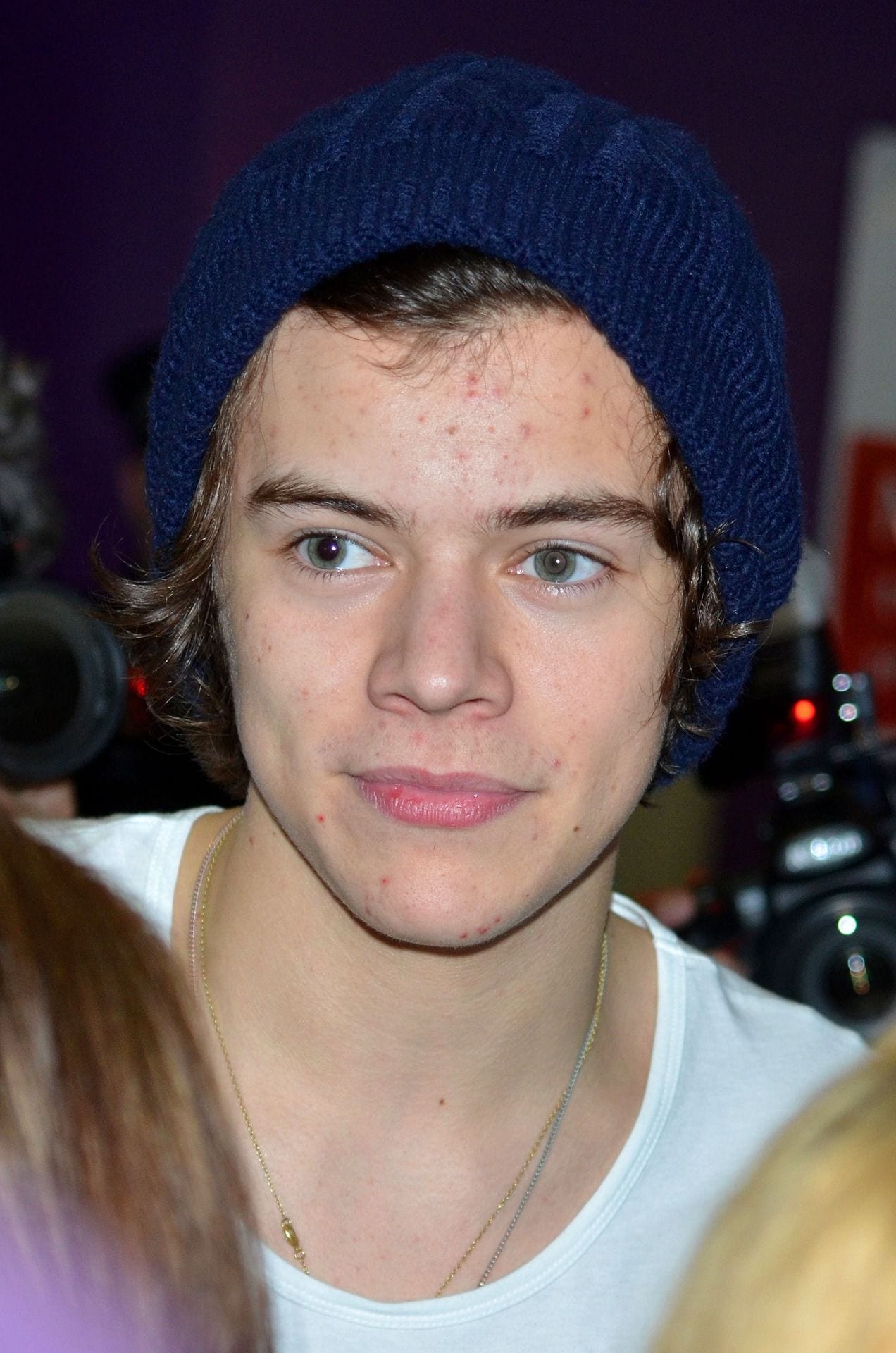 The former 1D member and current pop star, Harry Styles, charm us with his trendy fashion outfits. Styles never fails to amaze with his music and style. But, after all, he also went to puberty just like us, and his acne tells us that clearly. The “Adore You” singer is not afraid to face the cameras with his bare face. Instead, he looks more real in the pictures. 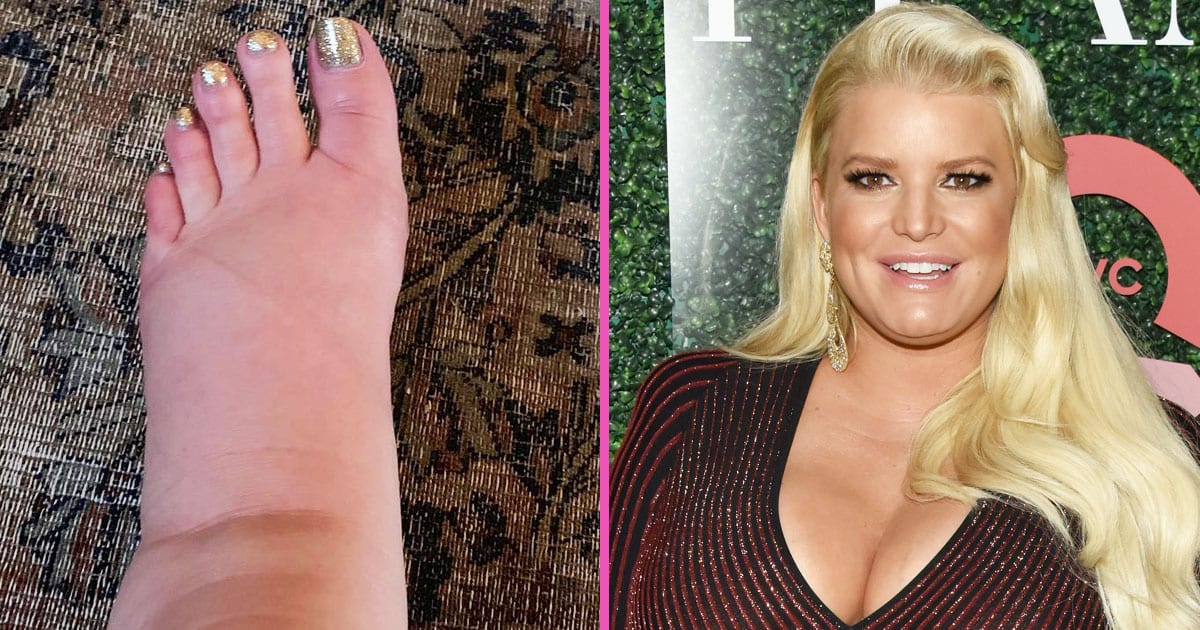 Every female desire to experience motherhood, and whether it’s a regular female or an actress, all of them feel the same pain during pregnancy. Singer Jessica Simpson proved this when she shared a picture of her swollen foot and reminded everyone that pregnancy is not pretty, even if you a celeb.

Chrissy Teigen is known for speaking what she feel irrespective of how society will see it. The model is vocal about her feelings, and she has proved it many times. Teigen also talks about body positivity and motherhood frequently. She once posted a picture focusing on her inner thighs, it also showed how she has stretch marks, and she is absolutely proud of herself. 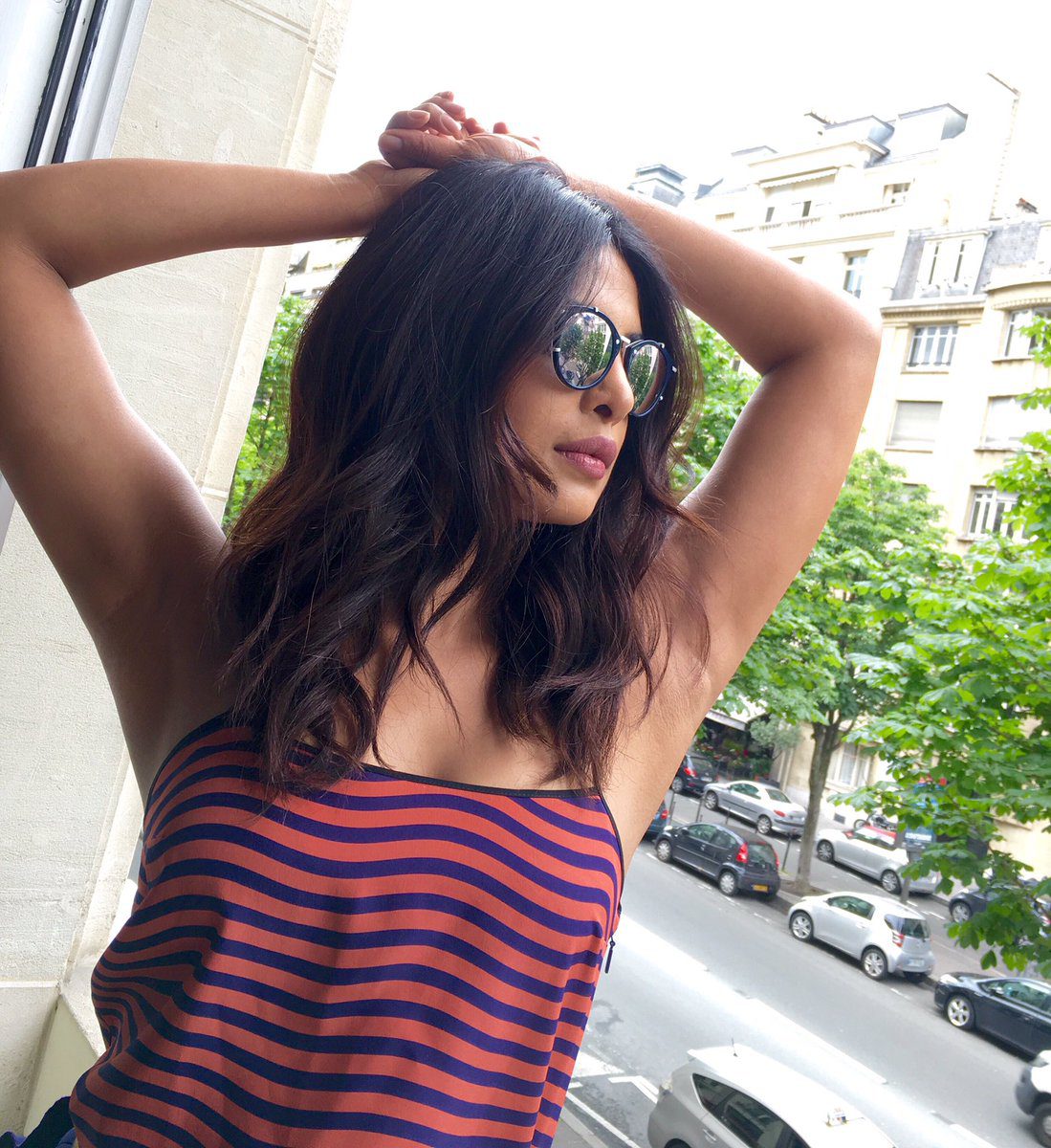 The former Miss World is not afraid to show off her armpit hair. The actress posted a picture of her with her arms on her head, as her armpits are on full display. It was an unedited picture from the Maxim shoot. According to the actress, the editors edited the heck out of the picture. Priyanka made us realize that there is nothing wrong with having hair on our body as long as we feel okay with it. 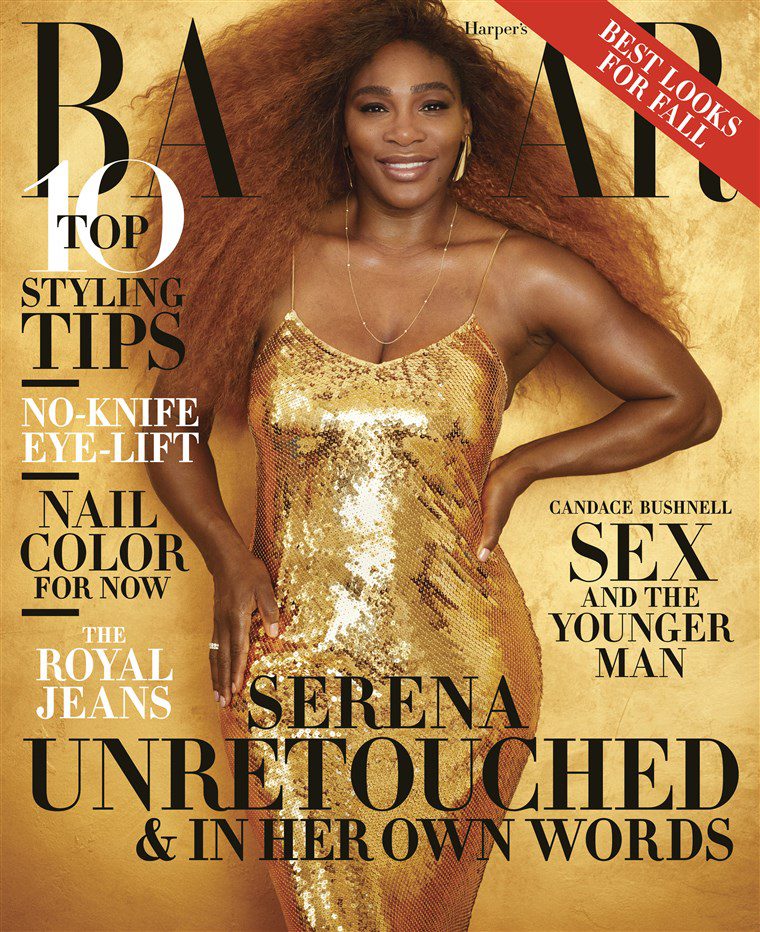 Serena Williams is a pride. And she proved that she was a better human when she asked Harper Bazaar not to retouch or edit her cover pictures. In her personal essay that came out in 2019, she mentioned how she had been referred names because of her body type. Also, she used to get paid less because of her gender. But, we think she looks exceptionally marvelous in her shoot with the magazine. 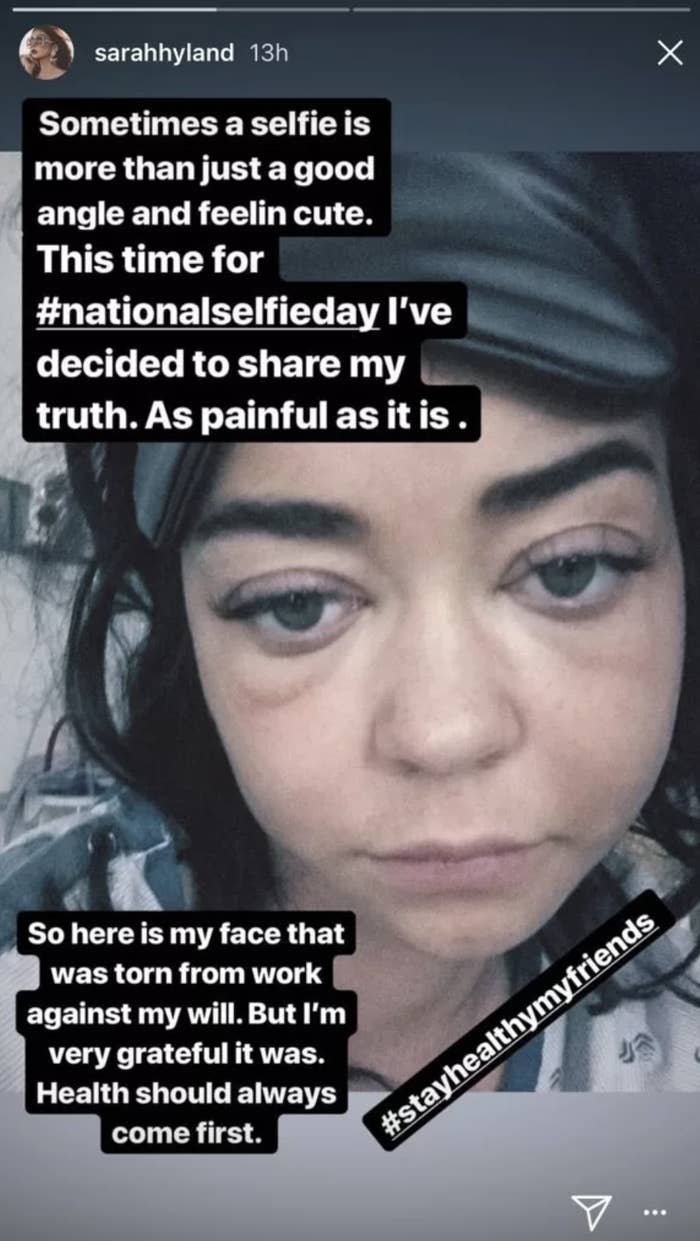 Sarah Hyland has been to the hospital because of her health issues-  endometriosis and kidney dysplasia. The actress has gone 16 surgeries so far and still manages to smile beautifully for her fans. Hyland shared a picture of her from the hospital bed once, and the selfie reflected her health and how seriously sick the “Modern Family” star was. Hyland also shares pictures of her post-surgery body with the fans.

9. Jameela Jamil – Strong and Confident Just like her legs

The “Good Place” actress is blunt and vocal. And she proved it again when she posted a picture of her legs online. The picture was unedited, and it showcased her legs with cellulite. Just like Ashley Graham said, it is nothing to feel ashamed about. Jamil wrote that even newborn babies have cellulite, so fashion magazines should stop editing everything. Honestly, we think Jameela looks hot as she browses her phone. Maybe, other unedited pictures to post online? 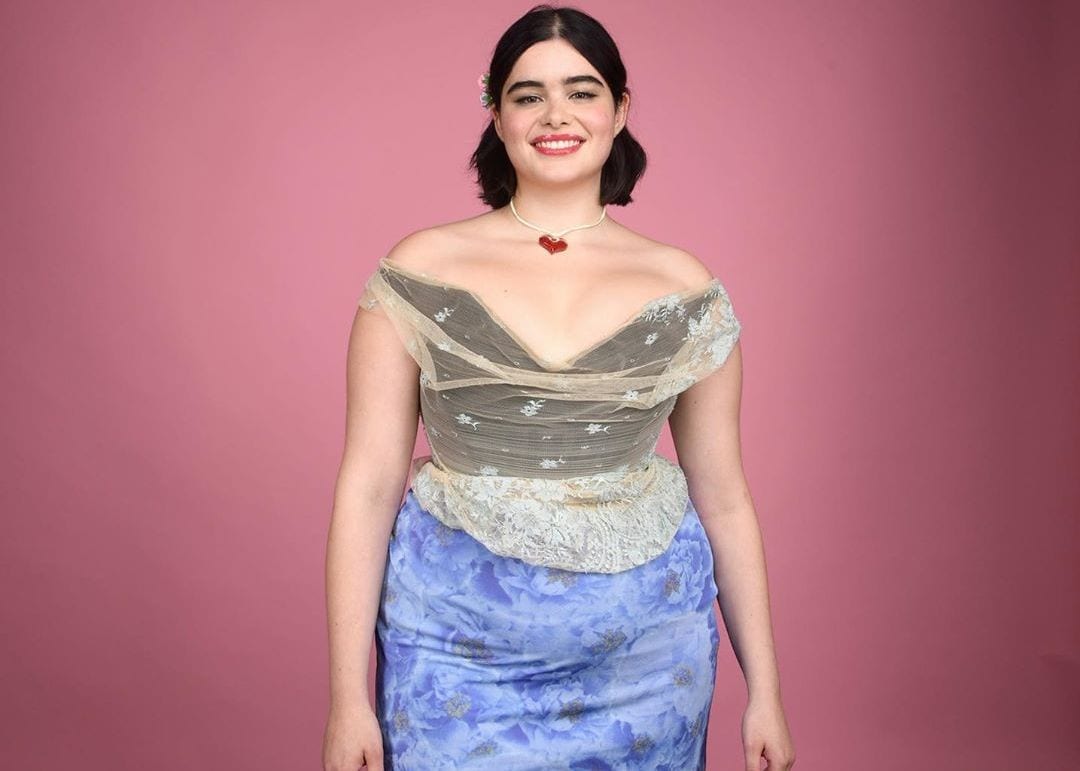 With her breakthrough performance in HBO’s “Euphoria,” Barbie Ferriera proved that she is definitely a young talent and a rare kind. The young star also makes sure to educate her fans about body positivity online. She often shares full pictures of herself, which screams BEAUTIFUL in all languages.

11. Kourtney Kardashian – The Eldest and Wisest Of The Clan

The eldest Kardashian proved that she has more knowledge about the world with her post of the upper leg. The Kardashian- Jenner sisters are known for their flawless beauty and body. Hourglass figures and contoured faces are thier forte. But, Kourtney showed that she has flaws. The mom of three shared a picture of herself wearing a monokini which also showcased stretch marks on her lower waist. 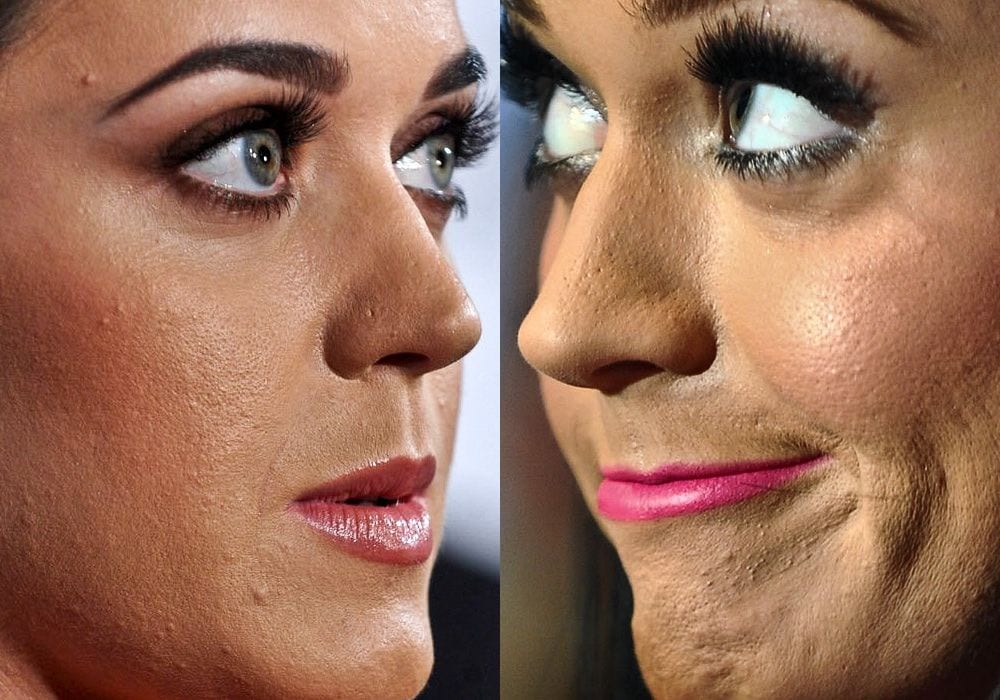 After being in the spotlight almost for 24 hours, the celebs cover their skins in makeup. But, sometimes, the makeup shows your imperfections rather than hiding them out. And we are wrong for calling acne, facial hair, and pores imperfections. They are natural, and we all have it. The pop star Katy perry looked bothered as her skin clearly revealed the messy makeup in the pictures.

13. Zendaya- Brings The Reality in Light

Zendaya is a legend of our times. The 24-year-old actress has been in the limelight for her acting and talent. Zendaya is also some the youth looks up to, and she makes sure to give the right message to them. Earlier, Zendaya posted two pictures in a post on the left was the edited picture, and on the right, unedited. She wrote how her body shape was manipulated by the editors. And how these things make women self-conscious and overthinkers.

Danielle Brooks is an American actress and singer with the most beautiful smile. But, she still gets questioned because of her body shape, and we believe some animals might call her names too. However, this doesn’t stop the actress. Her pictures in a swimsuit display her beautiful curves and locks. She captioned the picture and wrote, “Why Photoshop when you this P•H•A•T (Pretty, Hot, And Tempting).” 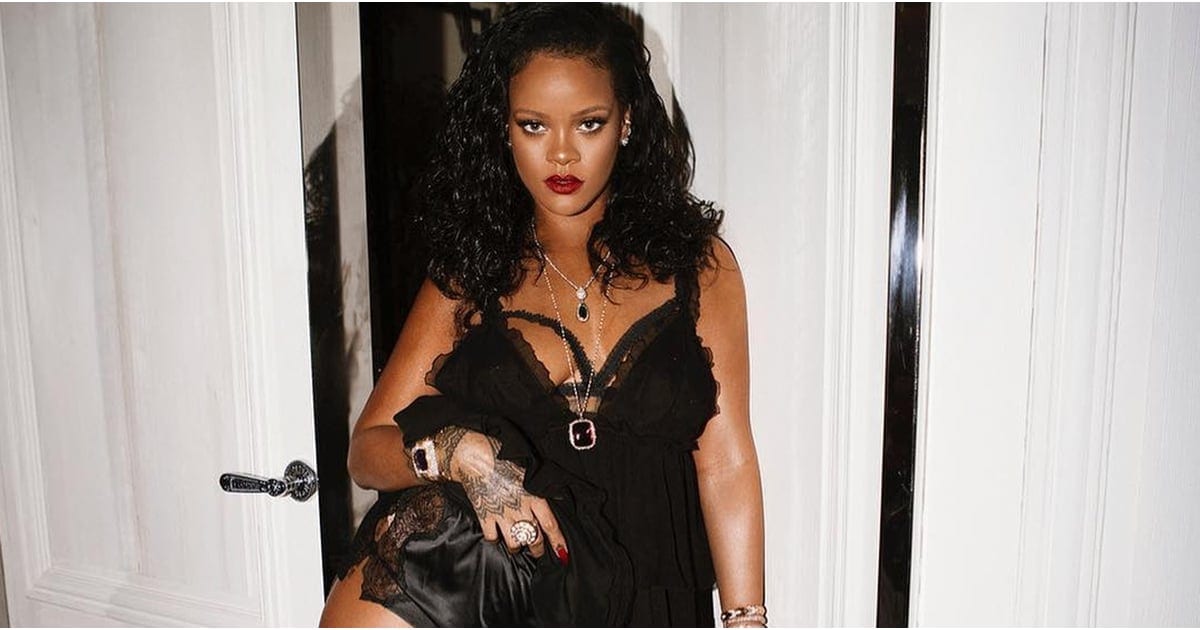 Rihanna is savage, and we can’t deny that. The singer showed up at the Kadooment Parade in a flashy outfit. It showed all of her body, and her gorgeous face had the confidence she always wears. While talking to Edward Enninful about being the woman that every woman fancies, Rihanna said that she doesn’t know anymore maybe, because she is a “Thicc” woman now.

16.Britney Spears – Isn’t Afraid of Anything 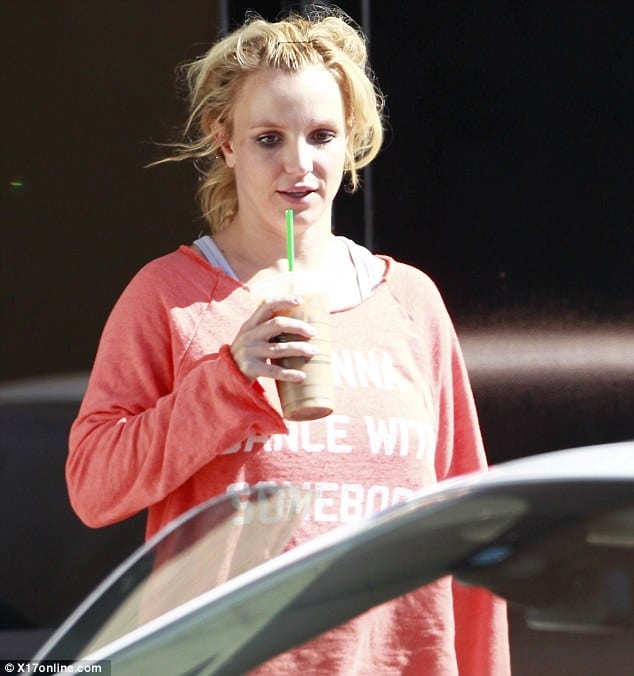 Britney Spears is the purest celebrity when it comes to sticking to the ground. The pop star has made an appearance in her dirty flip flop, greasy and messy hair, and even awkward attires. But, hey, everything is cool as long as you feel good. Many times her pictures are edited to conceal her face and other flaws. But, Britney makes sure to introduce people with her own self and not the pop star. 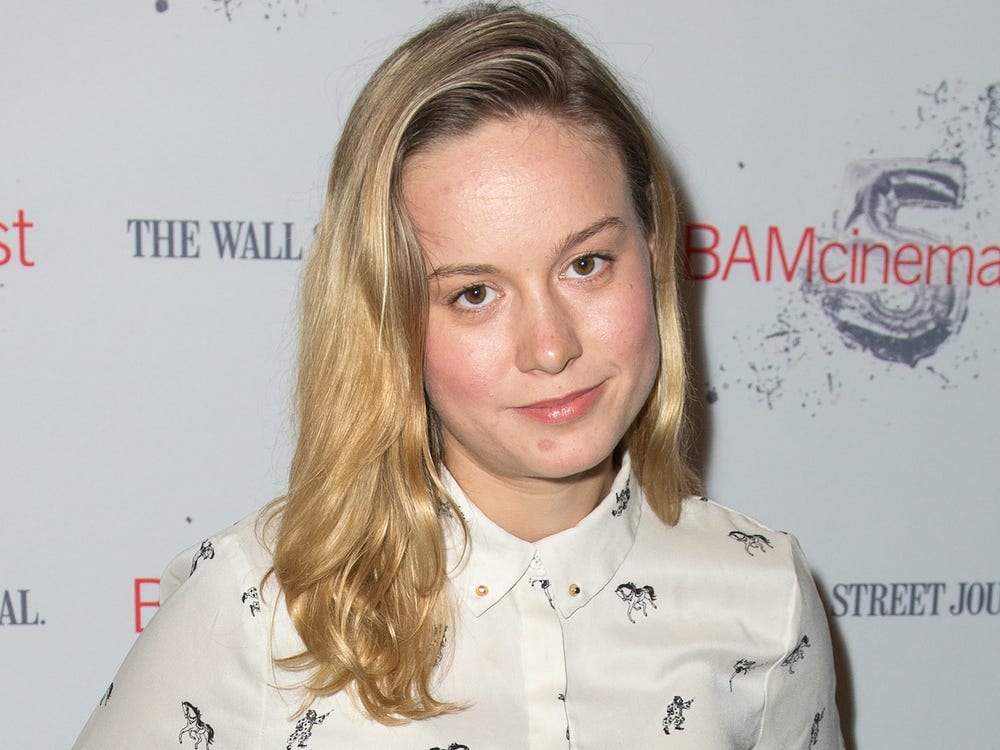 Actress Brie Larson was honest about her zit that popped a couple of days before an event. The actress attended an event in the New Your City with a zit cream and later took the situation to IG. She penned that when you stress over a zit, you put excess zit cream, and the spot dries out. 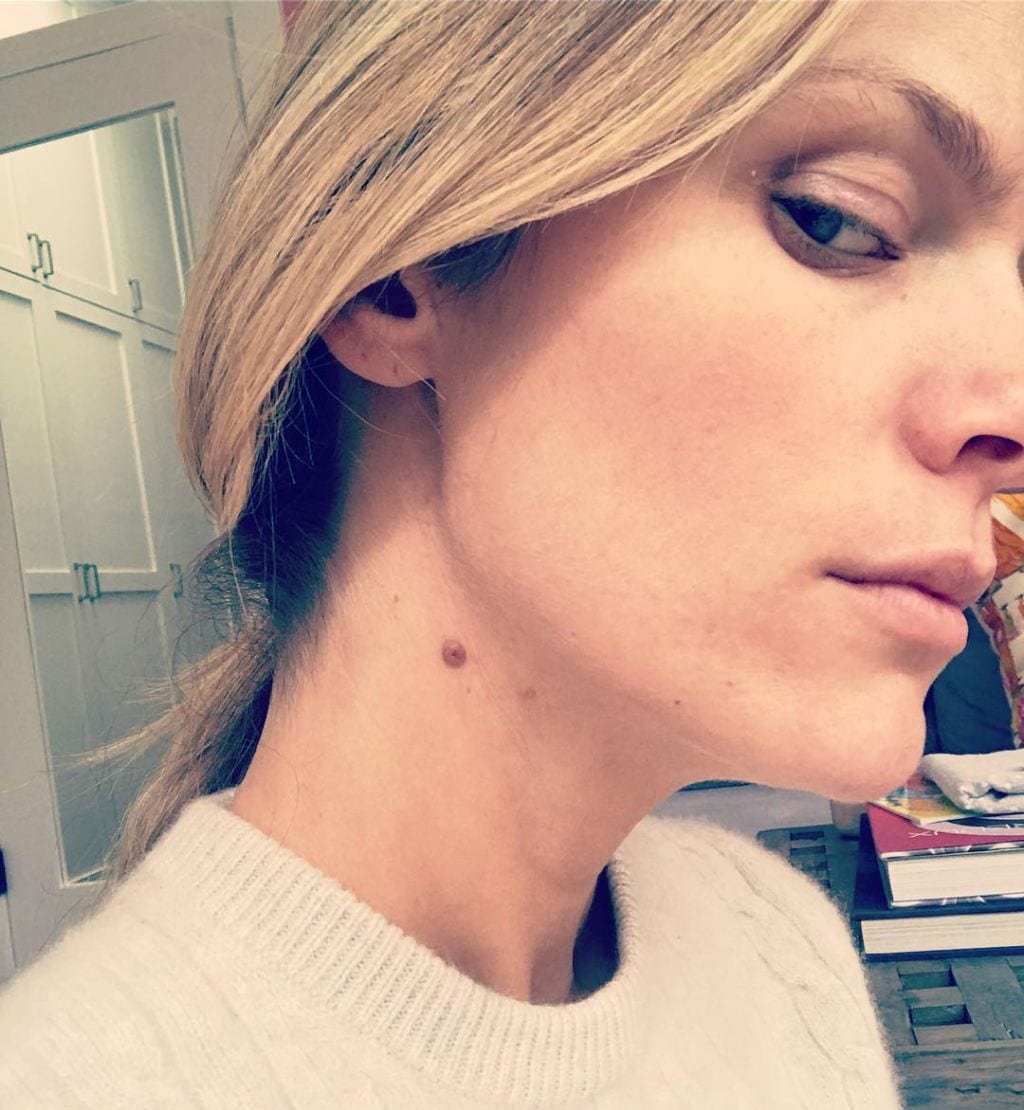 Brooklyn Decker posted a picture of her mole on the neck. Apparently, her kid thinks that it’s a n*pple. Her caption was simple and made us wanna have kids as soon as possible. But, the main focus was moles are common, and it is not necessary to get rid of them to feel beautiful.

19. Bella Thorne -Everyone Struggles With Pimples 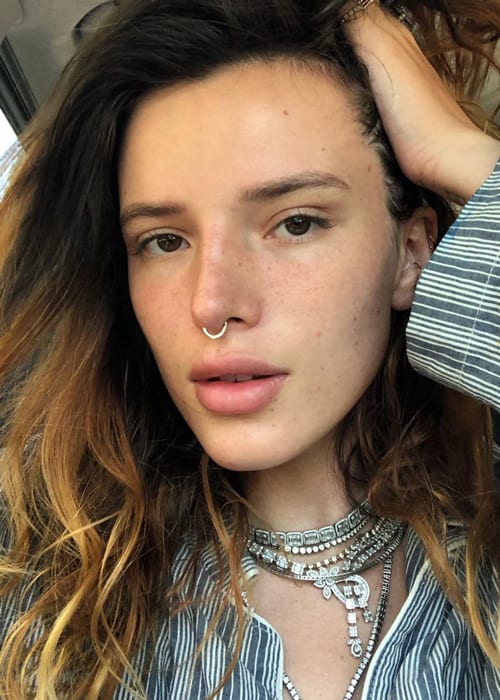 Bella Thorne has a body that makes everybody drool over it. The young actress is also a style icon, but, like every other young adult, she had a bad experience with pimples. However, instead of editing the pictures, she opened up about her story and also posted her acne pictures online. 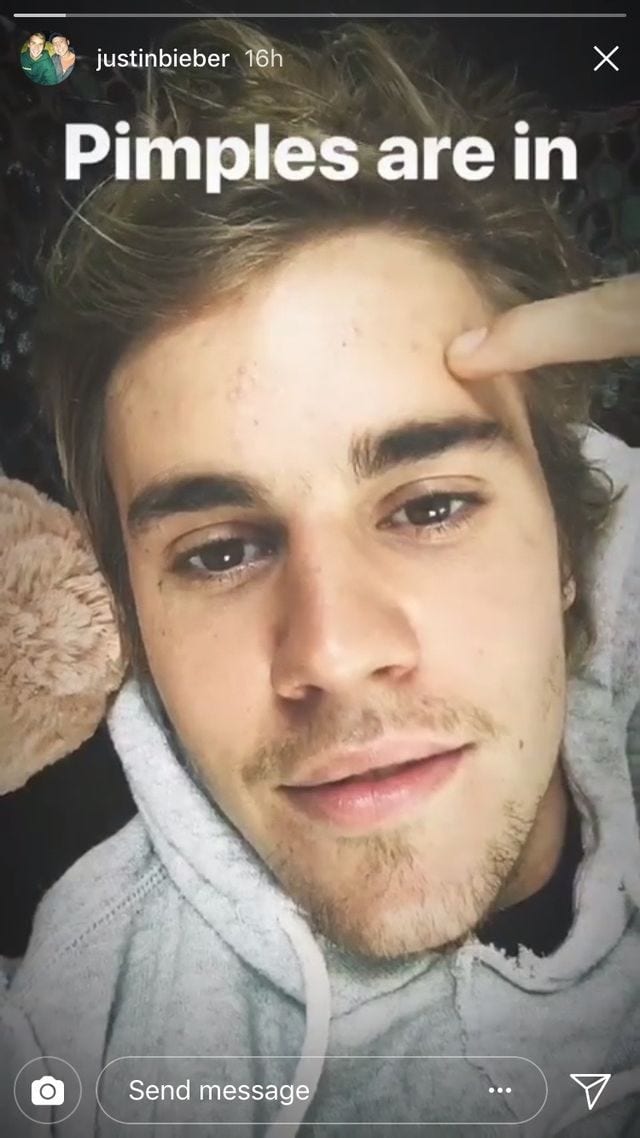 Justin Bieber got success at a very young age. He has everything, but like any normal young man, he suffers from acne. Bieber earlier posted a picture of him and pointed to his acne. He wrote “pimples are in” and was proud to talk about his problem with the fans.