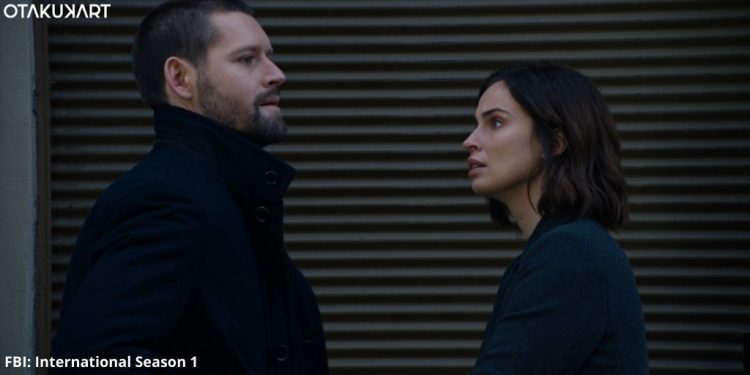 It looks like things are not going to be the same between Jamie and Scott on FBI: International Season 1 Episode 11. The previous episode gave us a look at Jamie getting under the radar of Agent Porter from the Office of Professional Responsibility. Porter was investigating Jamie’s possible interference in the Prague case.

However, Jamie was sure not to say anything that might make him more suspicious. On the other hand, a new case arrived at the hands of the team from Belfast. One of Jamie’s old informants named Liam, was involved in the murder of an Irish constable and wanted to speak with Jamie. Jamie learned from him that a ton of stolen US military weapons were smuggled into Belfast.

Therefore, she agreed to protect him in return for helping the FBI catch those smugglers. But there was another surprise waiting for everyone. The police procedural drama series features the fictional version of the international team of FBI working outside the U.S. The well-known television producers Derek Haas and Dick Wolf have jointly created the show. Furthermore, the show kicked off on 21st September 2021 and has been quite successful till now. Although, the viewers are now eager to watch FBI: International Season 1 Episode 11. But first, let us take a look at what all went down in the previous episode.

Episode 10 of FBI: International Season 1 dropped on 11th January 2022 and was titled “Close To The Sun”. The episode kicked off with Jamie getting questioned by Agent Porter, who was looking into the Prague case. It was the case where Jamie helped the young girl named Ella from getting arrested and threw off her gun from the bridge. However, no one knew about it, and Jamie strongly stood by her statement that there was no interference from her, and Ella’s father confessed to the crime. Later on, the team went to Belfast when Jamie’s old informant Liam, accused of the murder of a constable, asked to meet her.

After meeting him, she learned that his friend Danny was involved with people smuggling stolen military weapons from the US army into Belfast. However, when the team arrived at the location of the stolen weapons, the place was already set on fire to erase the evidence. This got everyone into thinking that Liam had lied to them. Although, Andre found a symbol at the location that referred to the IRA. Jamie decided to give Jamie one more chance and used him as an undercover agent to get information from Danny’s stepdad, who runs a pub that is a hub for people still believing in the methods of the IRA. Meanwhile, Jamie had already met Liam’s wife and figured out something was not right.

On the other hand, Scott and Andre discovered that the murdered constable’s partner was involved in the shooting but was trying to cover it. Furthermore, the video footage of the shooting made it clear that it was Liam who was running this whole operation and the IRA believer. Jamie used this intel to get him into a vulnerable position involving his family. Therefore, he had to call his men to abort the attack on Jamie. Whereas, the call was recorded officially by the police making it evidence against Liam. Coming back to Budapest, Scott took a stand for Jamie in front of Agent Porter. However, Jamie didn’t like it that Scott risked himself for her. Therefore, in the end, she decided to take a break from their relationship.

Also Read: FBI: Most Wanted Season 3 Episode 12 Will Air After A Short Break

FBI: International Season 1 Episode 11 will release on 1st February 2022 at 10 pm ET on CBS. Furthermore, the episode will be titled “Chew Toy”. The next episode will probably show how Scott deals with Jamie breaking up with him. Meanwhile, the investigation into Jamie might still not be over, whereas another intriguing case will pose a challenge to the team.

“FBI: International Season 1 airs every Tuesday on CBS at 10 pm ET in the United States.” Moreover, the show streams on Paramount+ as well. Furthermore, the show is available to watch on Amazon Prime Video. On the other hand, the viewers can head to Youtube TV to watch the show.