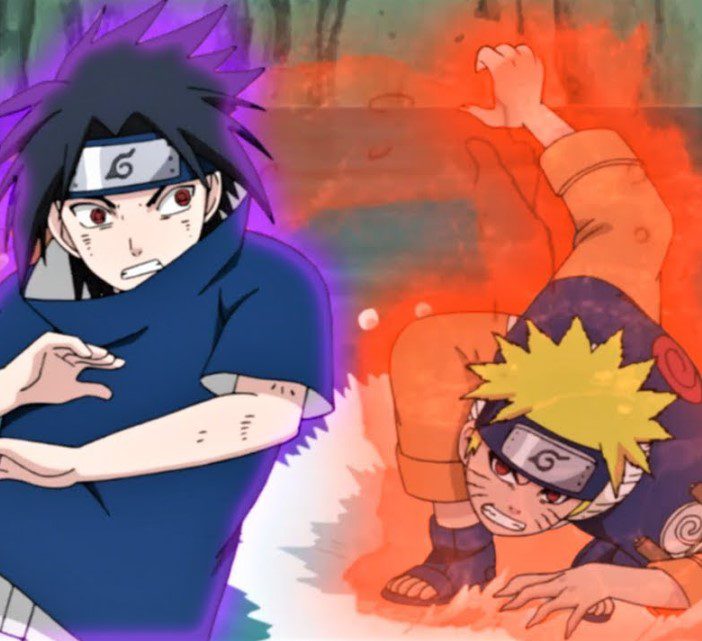 What Episode Does Naruto Fight Sasuke For The First Time?

Naruto grew up a loner who realized that making friends would help him fill his heart’s hole. Despite all his hatred, he managed to make friends and never realized that Sasuke admired him. But once the two know each other, they realize they care about each other despite their rivals. Sasuke grew into a villain’s character since his goal was to get stronger and kill his brother. Naruto misunderstood Sasuke when the two b became Team 7 members. He thought Sasuke was referring to him when he said his goal was to kill someone.

But he realizes he was wrong after learning g that Sasuke wants to kill his brother. No one ever thought Naruto and Sasuke would fight the way they fought since they became best friends with an unbreakable bond. But due to Sasuke’s desire and jealousy of being surpassed by Naruto, he makes this battle take place to see if he can become e stronger. We will reveal the episode where the two fought and how things ended. We will also talk about things related to Naruto and Sasuke. Let’s find out more about Naruto and Sasuke below and their past.

What Episode Does Naruto Fight Sasuke For the First Time?

For the first time, Naruto vs. Sasuke happened near the hospital in Naruto Episodes 107–108, and people mistake this for the battle in Valley of the End in Naruto Shippuden Episodes 476-478. This was one of the longest battles, with many flashbacks between the two. This might surprise most of us, but we discuss this battle since it is the one that Naruto and Sasuke were fighting for real as Sasuke left the village. 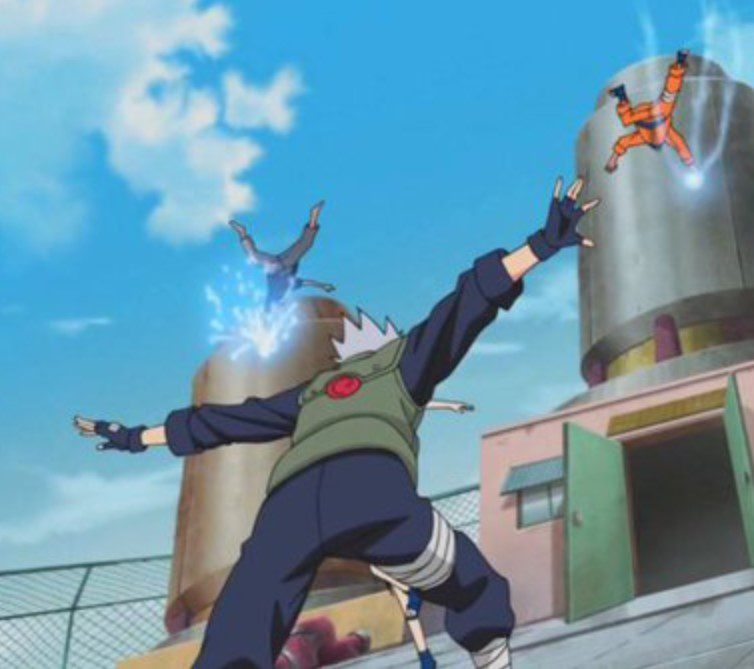 Naruto vs. Sasuke at Konoha Hospital

Naruto tried to protect Sakura, but Kakashi interfered to stop the battle. The two might have fought during training, but that doesn’t count since they were proving who is the best. During this battle, we saw Naruto unleashing their Nine Tail Cloak, trying to stop Sasuke from leaving, but Sasuke also showed the power of the curse mark. This was the first battle between the two that Naruto lost and failed to stop Sasuke.

Also Read: Who is Stronger Naruto or Sasuke? Boruto: Naruto Next Generations

Naruto vs. Sasuke is the greatest battle revealing two Ninjas with different Ninja skills. It was like Chidori vs. Rasengan. The two had many different battles that we can talk about, even though some of the battles were part of training and when Sasuke was hot-headed. We will cover the battles between the two since many of them remind us of the best moments of Naruto and Sasuke in this series. As we look back on the greatest entertaining episodes of Naruto, it reminds us of the time when Sasuke lost against Gara, and Naruto came and spectacularly won against Gara. 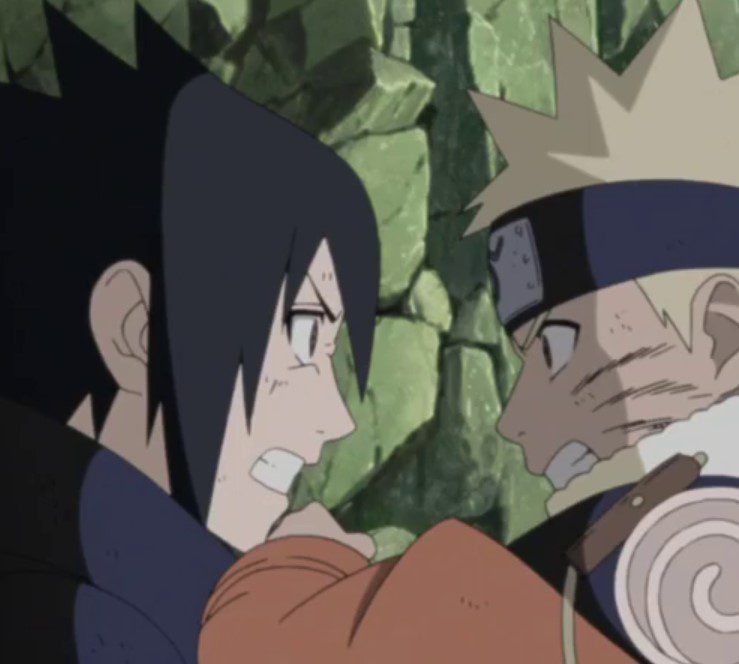 Naruto vs. Sasuke at Valley of the End

This doesn’t sit well with Sasuke, who realizes that he has to prove that he is stronger than Naruto. However, Sasuke made Naruto angry when he mistreated Sakure in Leaf Village hospital, and the two decided to settle their score outside. This was the first time we saw Chidori vs. Rasengan. This was a great battle where we also see Naruto unleashing  Rasengan and a few of Shadow Clone Jutsu. But Sasuke managed to beat all Shadow Clone.

The two were going for the kill using their signature move, and Sakura wanted to stop them, but Kakashi arrived in time and stopped Chidori vs. Rasengan. But Sasuke noticed that Naruto’s Rasewn ga was too powerful. We also have a great battle where they clash in the waterfall the day Sasuke leaves the village and the other where Naruto protects Kakashi and Sakura. Naruto and Sasuke have fought many times since childhood, and the fans might wonder who won most of the battles. Naruto might have lost a few battles, but he ended up winning the most important battle, where he brought Sasuke back.

Naruto and Sasuke’s rivalry is the best in this series. This begins after Naruto learns Sasuke, winning every girl in the class due to his fighting style. Naruto believed that he would surpass Sasuke one day and get acknowledged by everyone. Also, Sakura is one of the girls that made Naruto and Sasuke’s rivals amazing. Sasuke keeps improving and shining during childhood, making Naruto want to show everyone that he can defeat Sasuke. However, things between the two began as jokes, and they used to hate each other until Sasuke revealed what he felt about Naruto, which shocked Sakura. 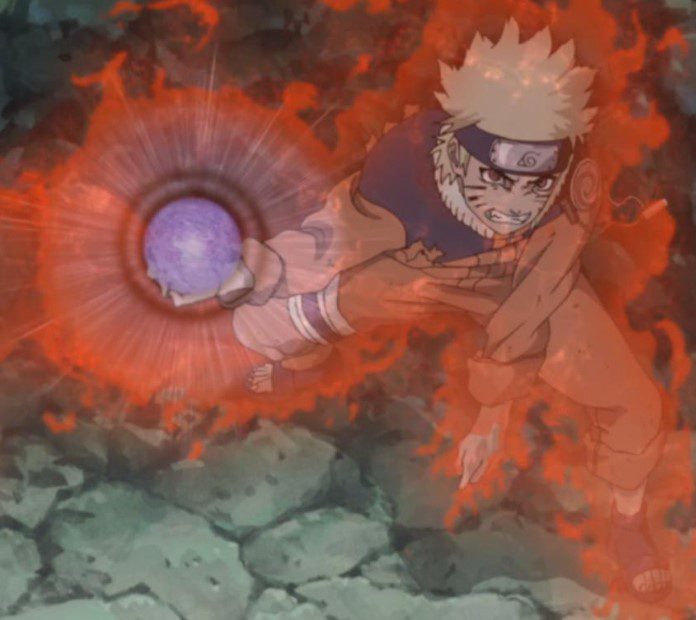 Naruto and Sasuke became best friend rivalry, showing this in different battles. Sasuke saves Naruto during their first important mission, and from that, Naruto gets motivated that he will be the one to protect everyone. As they grow up completing different missions under the leadership of Kakashi Hatake, Sasuke realizes that Naruto has become better than him, and he always finishes all the battles and protects everyone. This made Sasuke seek power to surpass Naruto and get his revenge.

The best friendship rivals turn into hatred, where Sasuke almost kills Naruto. But they later patch things up after Sasuke knows the truth behind Uchiha’s clan. Even today, Naruto and Sasuke’s rival remains the best, and they have become best friends. In contrast, Naruto has become Hokage, and Sasuke has accepted that he can’t compete with Naruto, who keeps on unlock ng another level. There has never been a rival like this in the Naruto series, even though the series continues under a new name where Naruto has kids. This also reminds us of the rival between Naruto’s son and Kawaki.