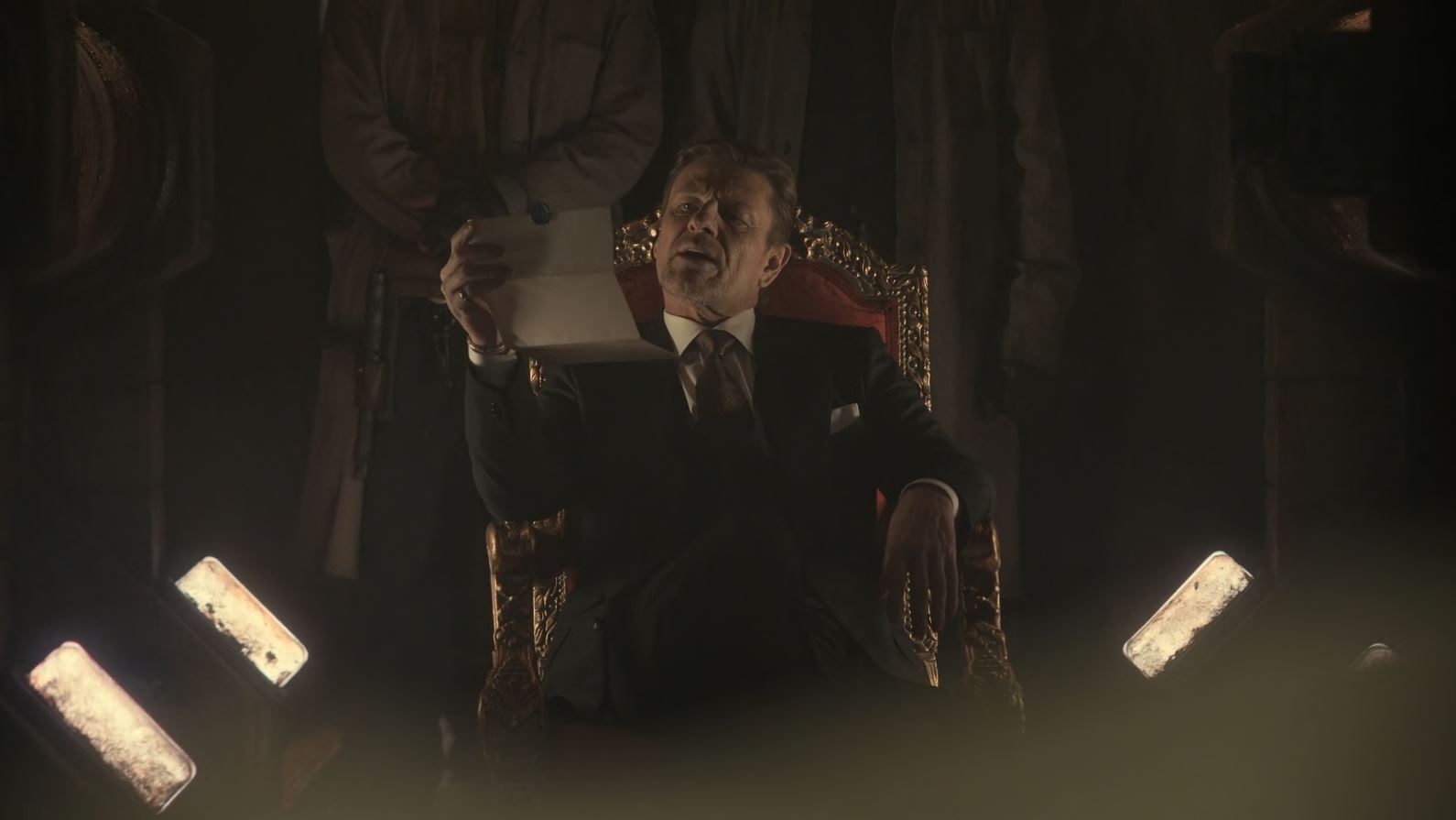 As Earth is getting back warm, life on the surface looks quite possible again. But to be sure of this, the survivors require more data. They need to know more regarding when and where they can leave the Snowpiercer. Melanie Cavill has to head out to a research facility up in the Rocky Mountains to accomplish this task.

Snowpiercer Season 2 episode 3 titled ‘A Great Odyssey starts with Mr. Wilford speaking. He says how they all knew what was about to happen, as all of them were about to die. He is simply about to wield his knowledge like a sword, which just about sums up his personality. Wilford doesn’t think sustaining humanity is a possibility and only aims at enjoying the ride as long as he can. He calls their journey a Great Odyssey as he compares himself to Odysseus. He was involved in the Trojan War for 10 years and was presumed dead, only to return later. Wilford thinks of himself as a king who has had to come back from the dead to reclaim his throne, just like the ancient Greek hero. 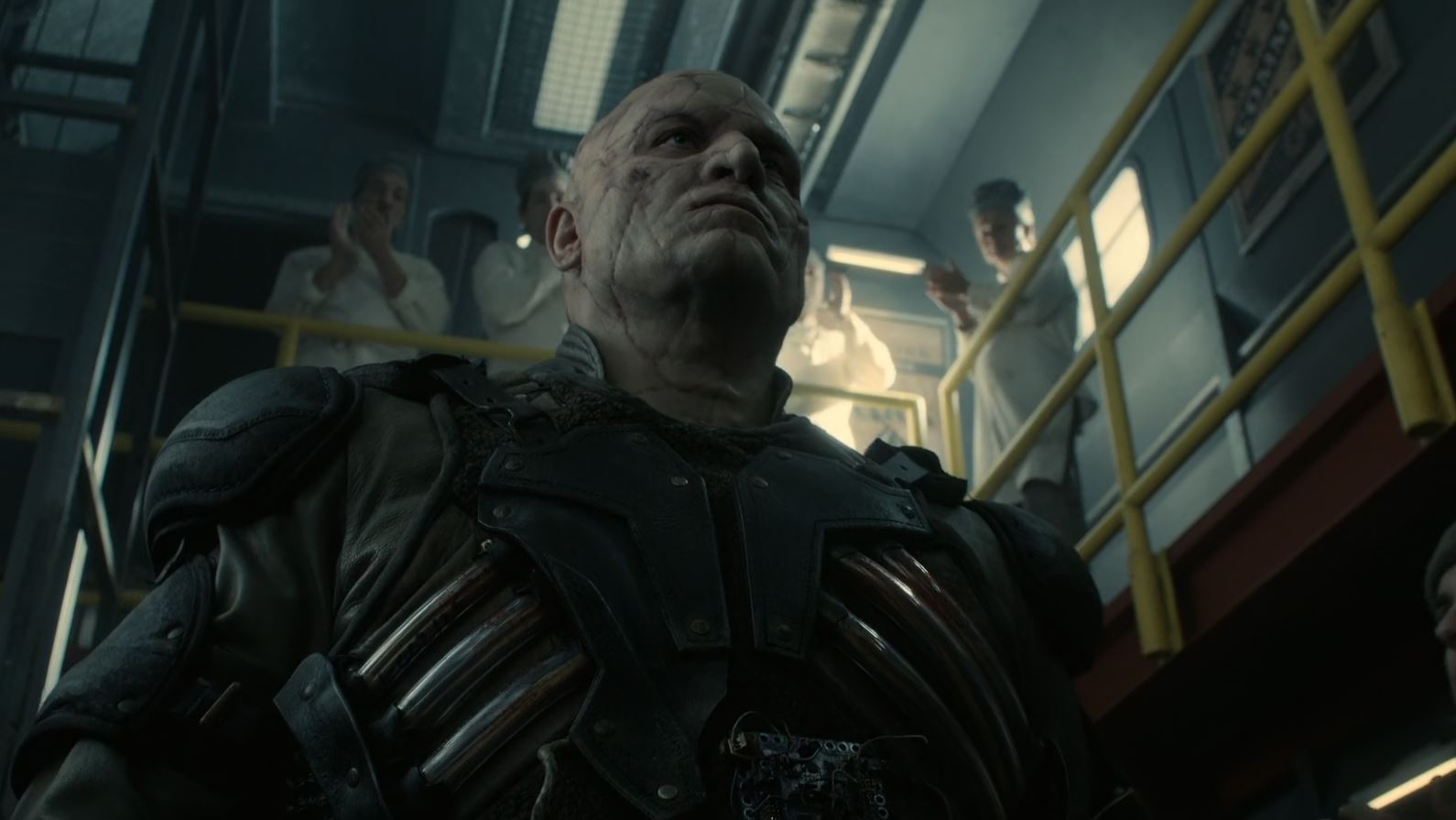 Icy Bob heads for another procedure.

In this week’s Snowpiercer, we yet again witnessed a procedure involving Icy Bob. Even though it’s hard to pinpoint exactly how this makes him resistant to cold, we do learn that Wilford is still pushing Bob. They find out that Bob can withstand much colder temperatures for a longer period of time. Yet, Wilford wants to push him further. Even though it is suggested it may take up to a month to do that, Wilford wants it done in half of its time. Wilford wants to try making Bob surpass his limits and become even more resistant. And it is quite evident that Wilford enjoys this process as it brings a smile to his face.

The situation that Snowpiercer has ended up with is that it needs to get close to the research facility in the Rocky Mountains. And for this, the Snowpiercer must pass through the Neckbreaker, a curve followed by an upward slope. They need to climb the slope, so they require good speed to push the train up. Simultaneously, too much speed would mean that the train would derail, killing everyone on board. But according to Wilford, there was no worry as Big Alice’s boosters were more than enough to allow them to pick up enough speed. So, to go on with the plan, Melanie needs to go aboard the Big.

Alice to gather supplies for her journey. Wilford denies Ben to come over, so they decide on Alex to join her for gathering supplies. 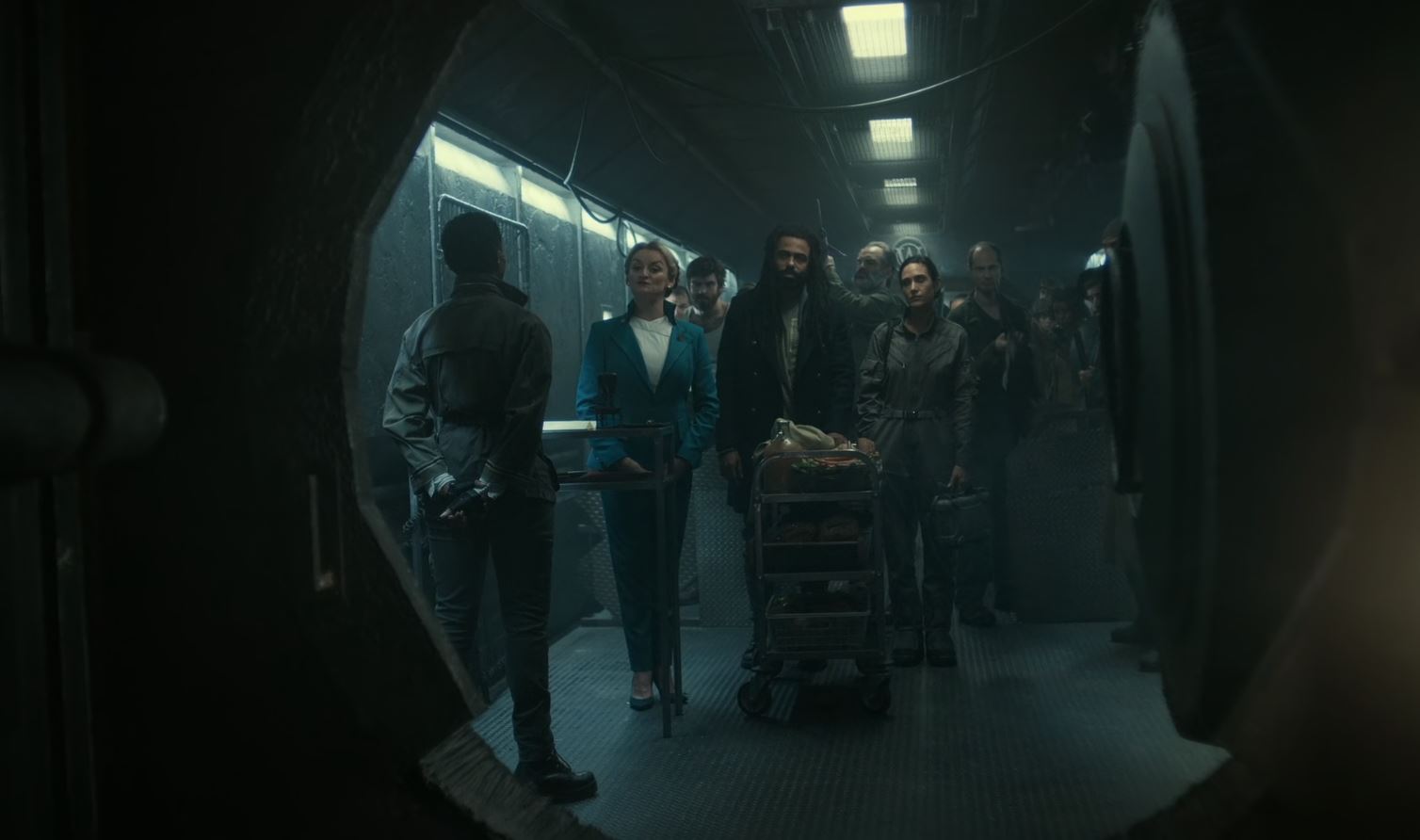 The negotiations at the border.

Wilford sets up a meeting at the border to discuss this matter. The Snowpiercer requires additional parts to conduct its repairs, so Layton decides to join Melanie at the border. As they meet, we can see Wilford portraying himself to be a king as he sits on a throne. He looks over the Snowpiercer crew’s demands and tries to lowball them, making excuses to not provide them with adequate equipment and parts. Layton then gets involved in offering a trade involving fresh food in exchange for some equipment that the Snowpiercer requires. This is quite a smart plan because the people on Big Alice are quite hungry. Wilford doesn’t accept the offer just yet as he calls Layton a capable leader and will consider the trade. This is the second time that Layton publicly backed Wilford into a corner as he is given no choice but to accept. 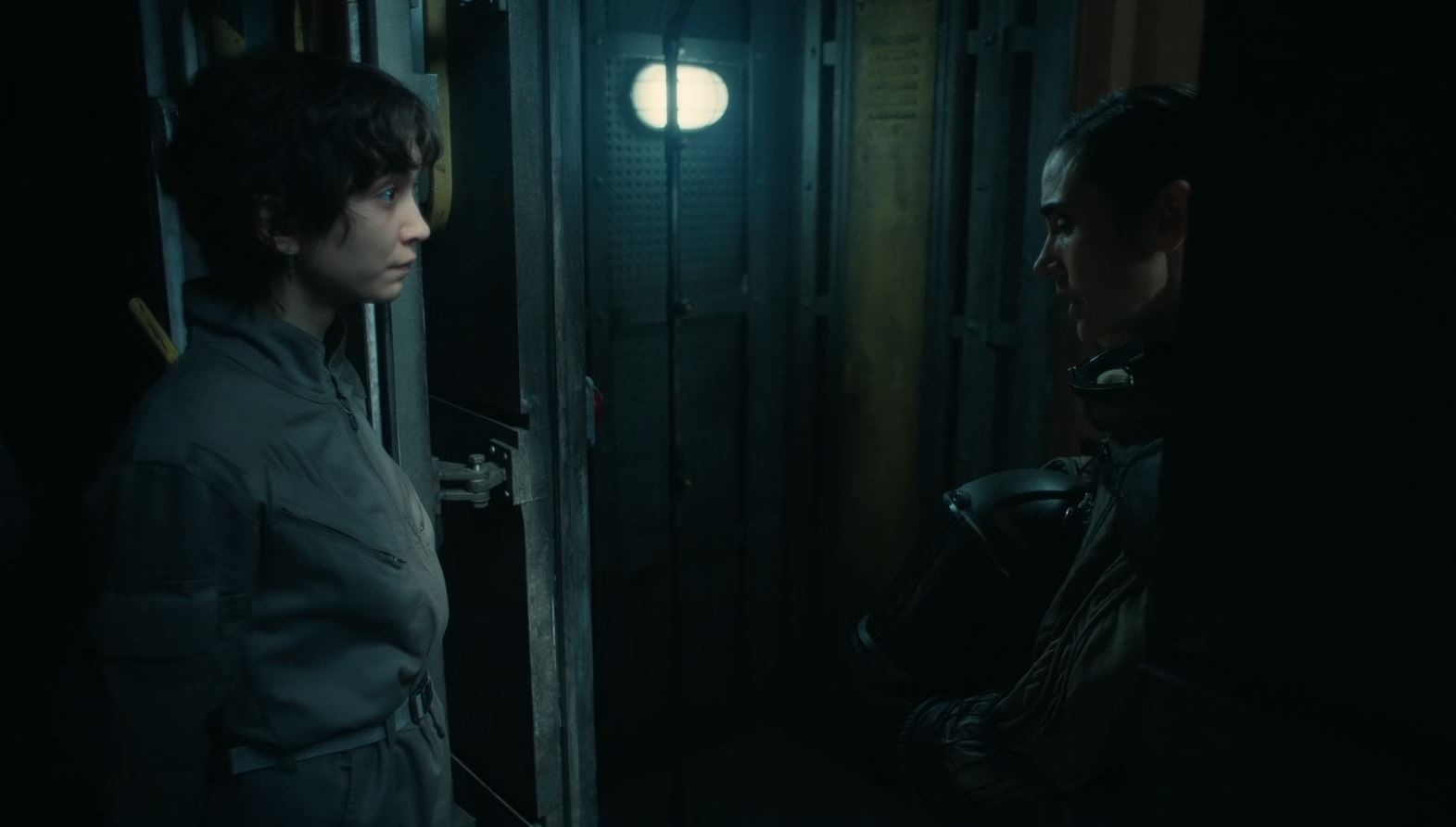 In the end, as Melanie boards the Big Alice, she finally reunites with her daughter, Alex. She helps her pick up the stuff she needs, and for the first time, we actually get a look at just how much vital equipment is on this supply train. Melanie even says that their chances of survival just got a lot better. We knew for sure how Snowpiercer alone wouldn’t have sufficient resources, so knowing such resources exist a relief.

Something else quite interesting is the dynamic between Melanie and Alex. Alex believes that her mom leaving her the first time was a decision, but it’s a choice the second time.

These scenes have quite a grasp on us audiences through Jennifer Connolly’s performances, the actress playing Melanie. Her facial expressions and sadness in her eyes are on point as she can relay her feelings without speaking a word. The second reason is Alex, as she is constantly forced to choose between the mother that abandoned her and the man that raised her. One can see the constant pressure taking its toll on her as she craves a steady relationship with her mother. But at the same time, Alex has to stay cautious to not hurt herself again.

The Test and Farewell 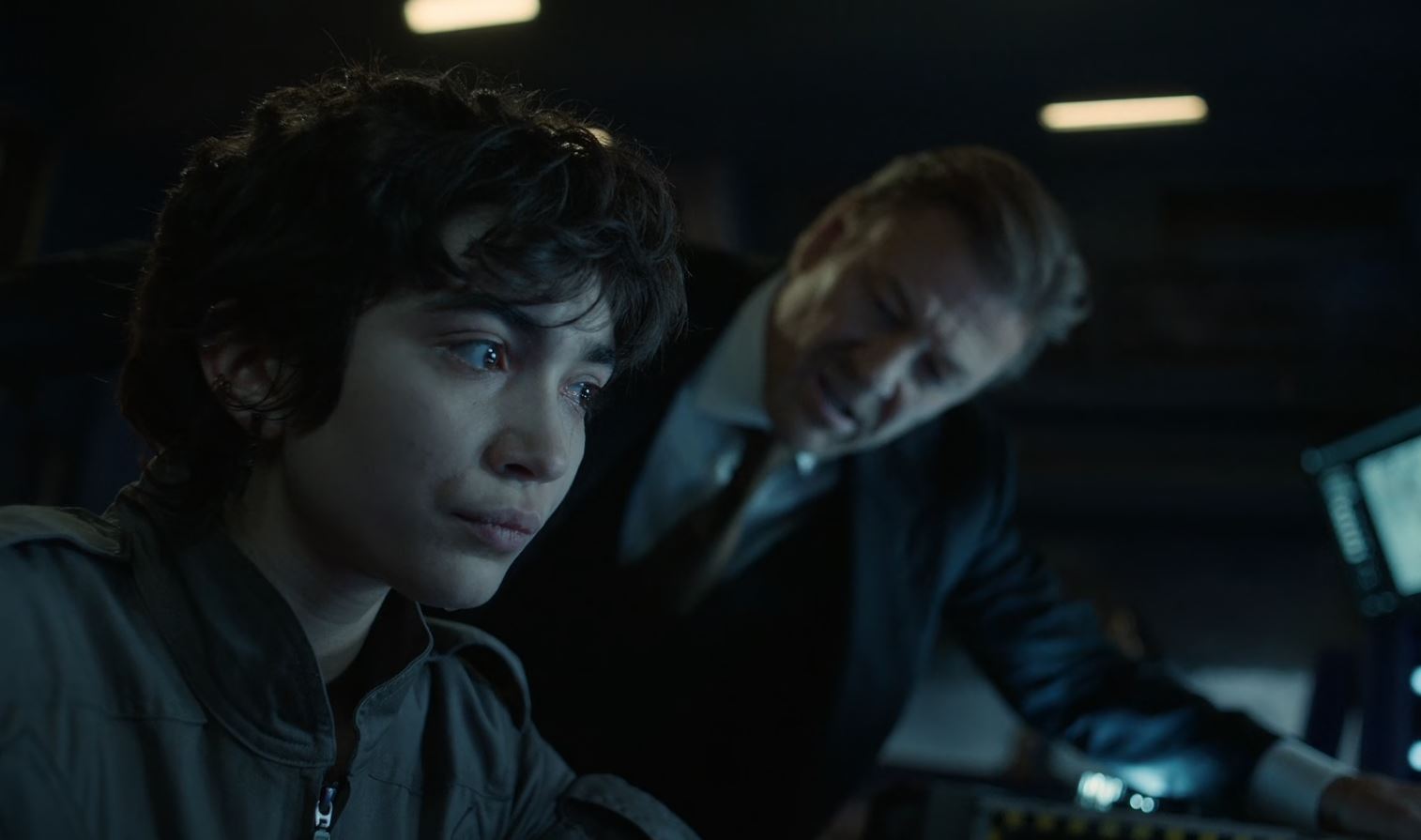 Wilford tests Alex by assigning her to ride the train.

As the Snowpiercer nearly reaches the Neckbreaker, they realise that it may not have sufficient power to move up the mountain. Even with Big Alice’s boosters, it may need additional help, so power is pulled from the first and second classes to make up the difference. To test his daughter, Wilford casually assigns Alex to handle the task at hand. She has to manually increase and maintain speed. Going too slow meant they couldn’t climb up while going too fast, they will derail them. Wilford wants to check if Alex wants to spend more time with her mother or let her go. She could just let the train go too slow, reversing the course or help it climb up this losing her mom as she would leave for the research station. Alex makes the unselfish choice to let her mother go to save humanity.

The mother and daughter have an emotional farewell scene as Alex hugs Melanie. Melanie tells Alex that she loves her, but interestingly, Alex doesn’t say it back. This is quite a good detail as it showed how Alex is still hurt. And despite wanting to have a better relationship with her mother, she’s not quite ready to fully open up to her. And that’s why she chooses not to reciprocate her feelings. The two say their final goodbyes as Melanie makes her way out of the train. 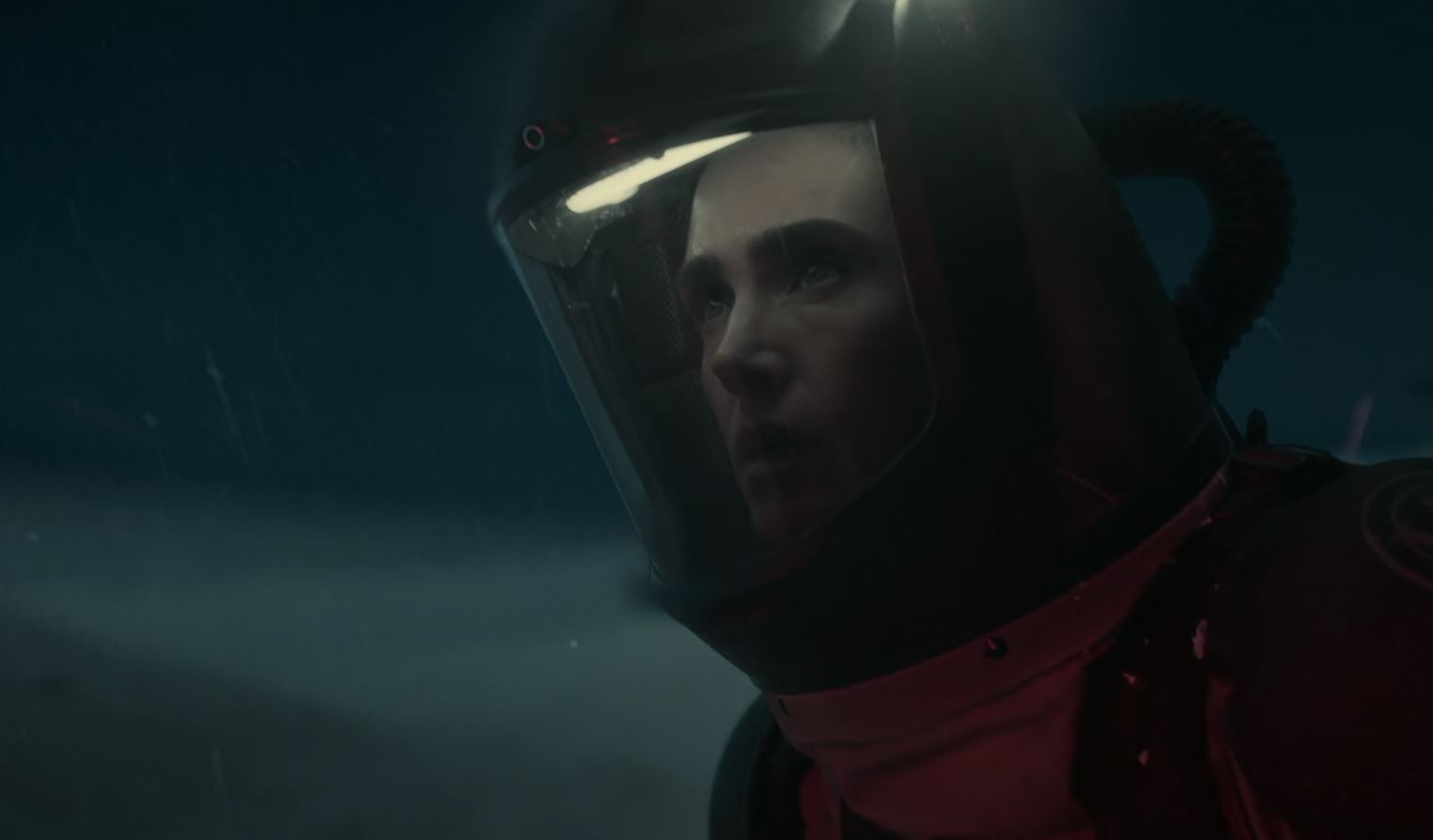 Melanie jumps off the train to go to the research facility.

Detective Bess Till investigates who maimed the Tail from the last episode. She doesn’t make much head away but learns about the loyalty of Breachmen towards Wilford. These guys do maintenance work outside in the cold, but unlike Icy Bob, they actually wear suits. Bess calls them the firemen of Snowpiercer as for her; they are essentially the same. As they speak with them, they have no problem admitting their loyalty to Wilford, making us suspicious that the crime was committed by one of them. 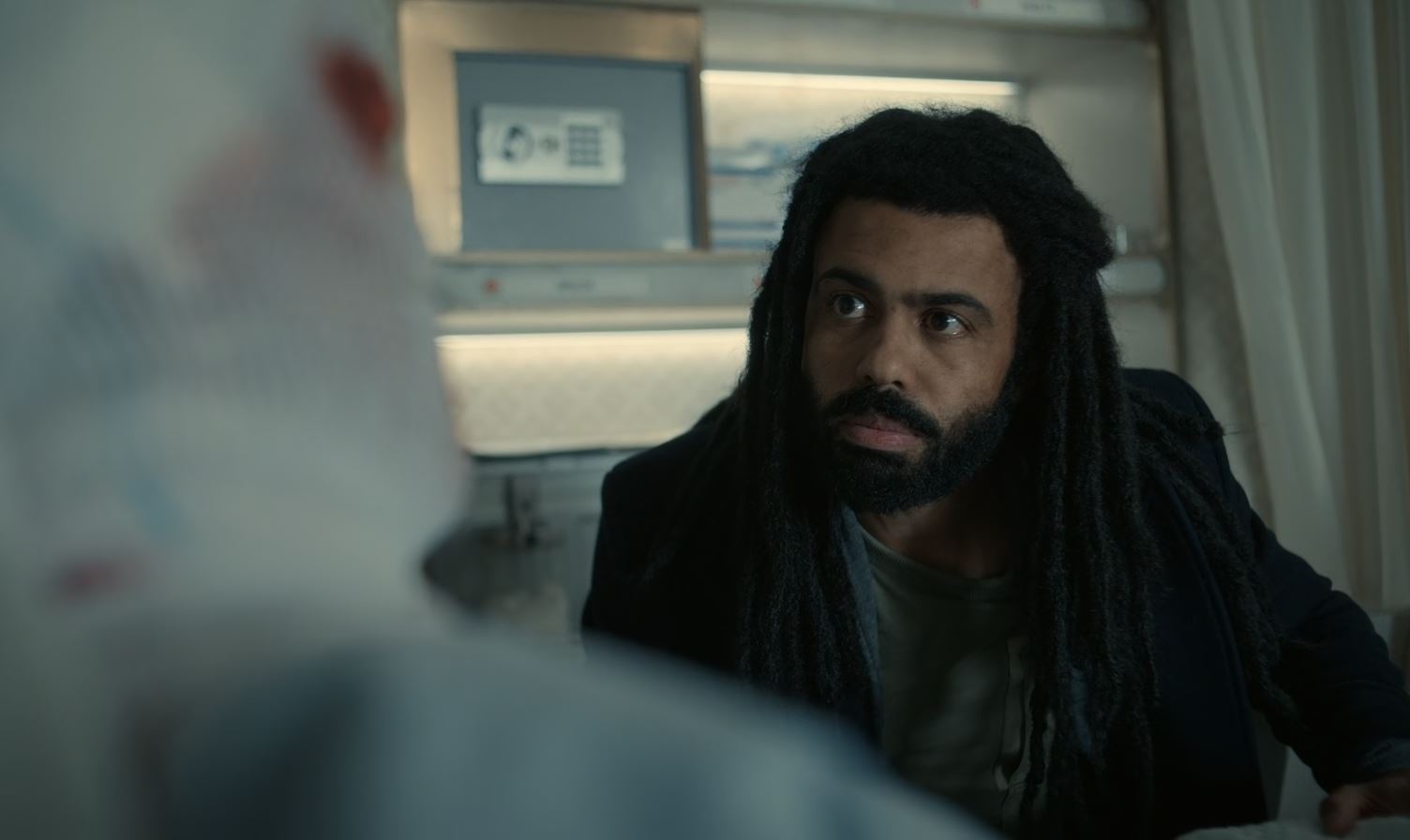 We catch up with Josie as Layton visits her after she turns out to be alive in episode 2. She believes her life is over and even tries to see how she looks now. As she does so, Layton arrives and helps her out. Looking at her roughened face, she desires revenge, and at first, she can’t really understand why Melanie is still around. But when she learns about her mission, Josie finds a new cause for their people.

All in all, this episode of Snowpiercer was quite good. The dynamic in Alex and Melanie’s relationship was emotionally breathtaking. While it is only fair to mention how Sean Bean as Wilford is such an excellent addition to the cast as he does a brilliant job. Layton was also decent this week as we could soon hope to see disgruntlement towards his leadership. Melanie going out to a research station might even lead to more action outside of Snowpiercer. And going forward, we could follow up with these developments as it could be quite exciting to watch her journey through the snow.

You can watch all the episodes by Snowpiercer on Netflix and Amazon Prime Video.