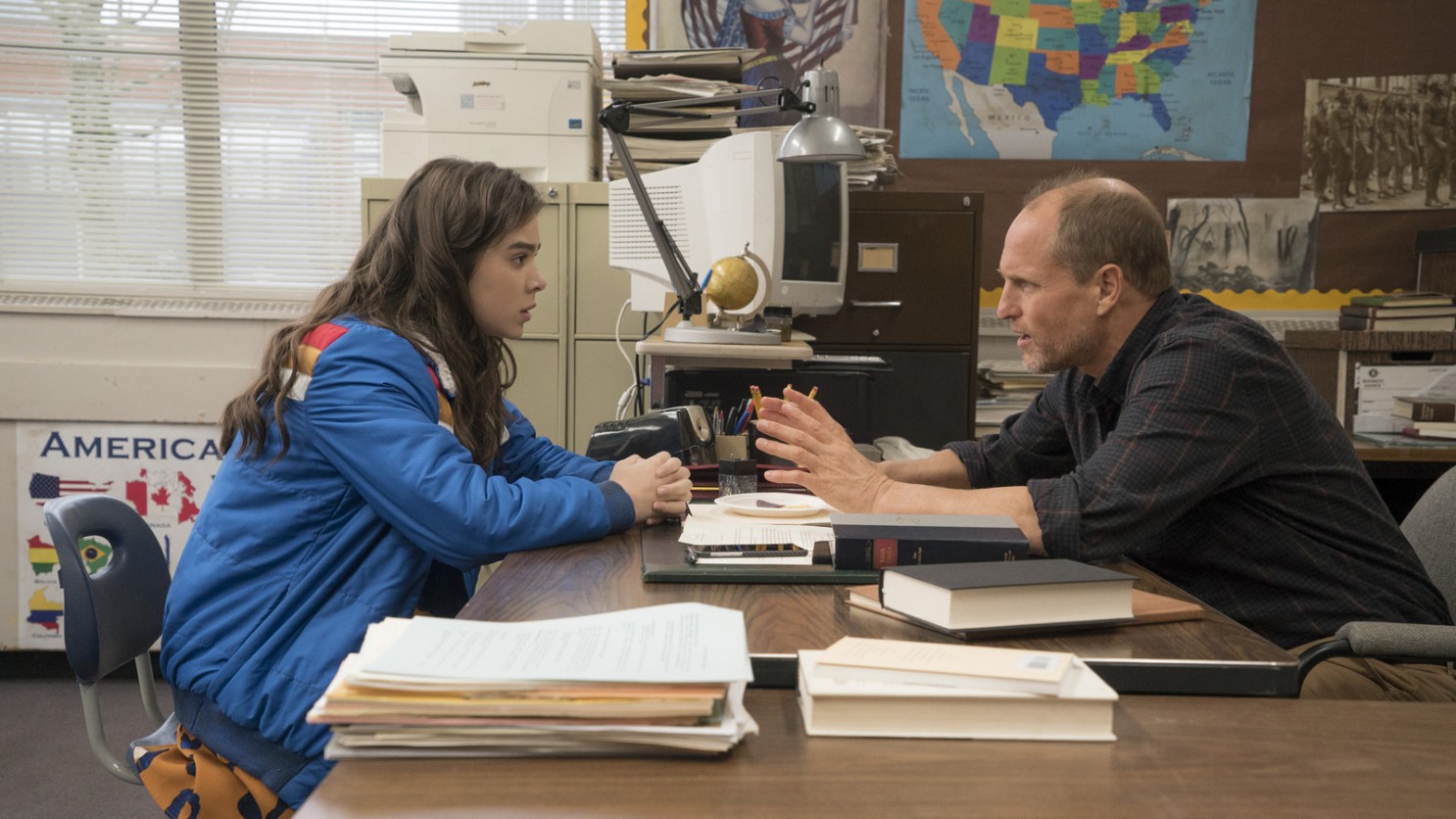 Coming of Age films have always managed to secure a special place in the hearts of many a fan. The reason behind their popularity is the relatable themes that many of these films are based on. While many of these films revolve around a couple of popular tropes, they differ from each other in a stunningly edgy manner. These films allow teens and young adults to watch and for older generations to consume, analyze, and most importantly – enjoy.

Films that fall under this category have a niche audience. People either seem to love them or hate them, with there being no in between. Apart from indie films and cult works, mainstream entertainment works make for great coming of age films. If you are one of those looking to get into the genre or simply someone who wants to explore it, you are in luck. The internet tends to throw a plethora of these films your way, but we have narrowed it down to 8 of the best ones in the game. Get ready to have your mind blown with these movies! 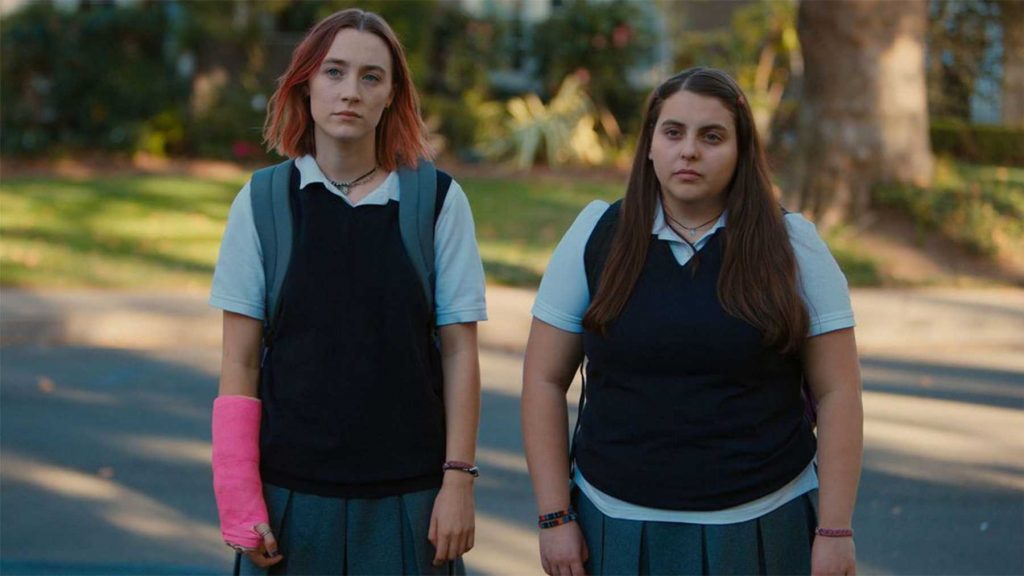 This is one of the best recommendations we could give you on this genre, and we mean it when we say it. Lady Bird came out in the year 2017, and people have not shut up about it ever since. It was directed by Greta Gerwig and featured Saoirse Ronan as Christine “Lady Bird” McPherson. Ronan received the Golden Globe Award for Best Actress in Motion Picture for her stellar performance in the movie.

The movie follows Lady Bird as she tries to navigate through her senior year in high school. She deals with several issues in the process, and we see her learn from them as the movie progresses. The film takes popular themes like sexuality, love, relationship, and teen angst and turns them into something unique and special. This is one film everyone should watch, and you’ll know what we mean when you finally get around to it.

2. The Edge of Seventeen 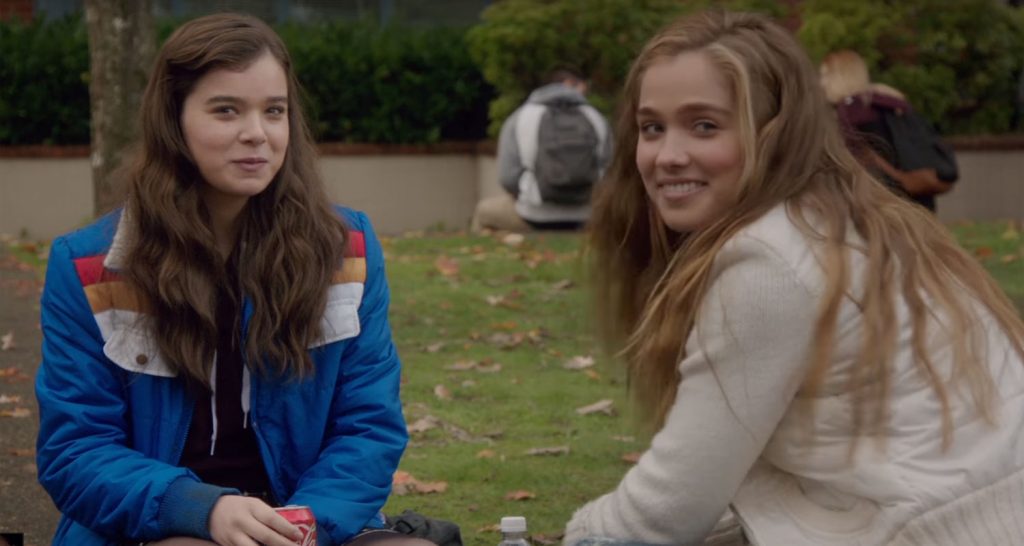 Fans of Hailee Steinfeld swear by this film, and we do too. The Edge of Seventeen is a great option if you are just getting started on this genre. It has everything a coming of age film should have and more. It first premiered in the year 2016 and saw the following stars in the lead:

We admire strong female leads on here, and this film does justice to the statement. The movie follows Nadine as she tries to figure life out after her father’s death. She is shy, awkward, and always seems to be in her popular brother Darian’s shadow. Things go downhill for Nadine after Darian, and her best friend Krista begin dating. The rest of the film revolves around the aftermath of this as she tries to wrap her head around everything that comes with adolescence. The movie is hilarious and heartfelt at the same time – a killer combo!

3. The Perks of Being a Wallflower 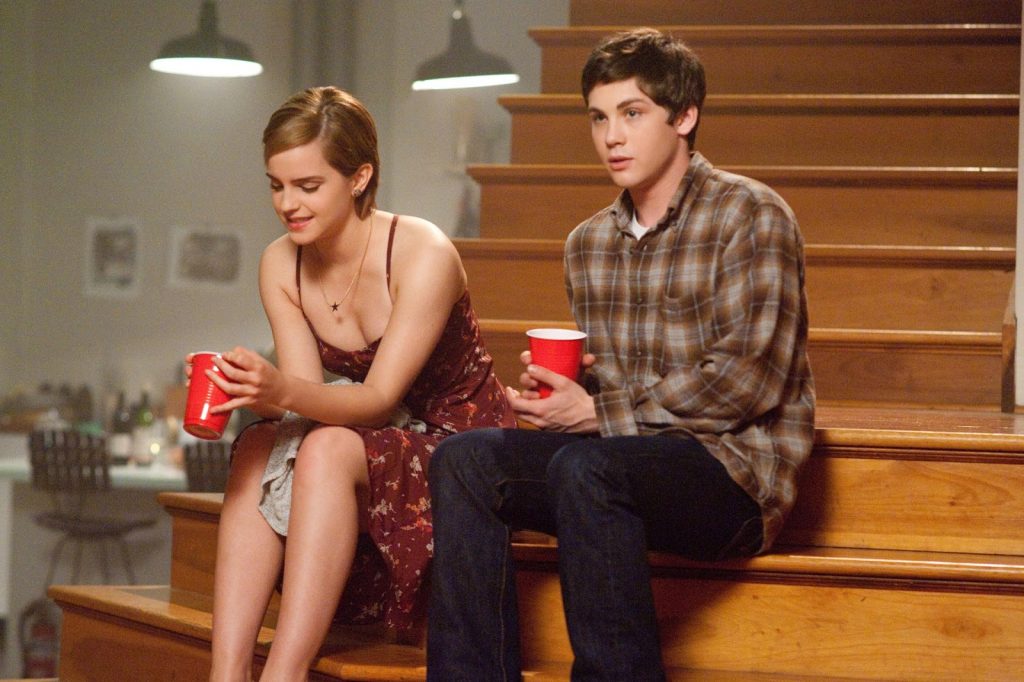 This list wouldn’t be what it claims to be without the Holy Grail of coming of age films – The Perks of Being a Wallflower. Many have many things to say about the film, and that’s because it is one of the best ones in the genre. The film came out in 2012 and is based on the popular book by Stephen Chbosky. The cast features the following stars:

The movie starts as Charlie enters high school and is clueless about how he will survive without his best friend, who he had lost recently. Soon, he becomes friends with half-siblings Sam and Patrick and is welcomed into their group. Life seems to have gotten better for Charlie as he makes it through high school with these friends’ help. The movie will make you laugh, cry, and feel many other emotions that might hit you when you aren’t prepared for them. 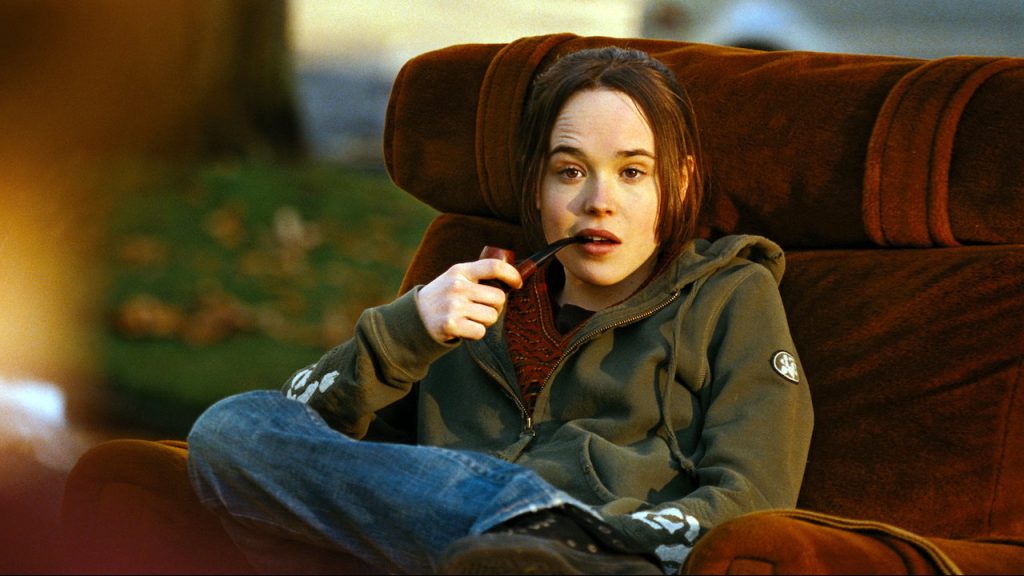 If you are even a movie watcher by any chance, then you have heard of this classic – Juno.

Elliot Page stole everyone’s heart in 2017 with their performance as the title character Juno. The film soon became a cultural icon and is still being talked about – more than a decade after its release. It was directed by Jason Reitman and has been lauded for its filmmaking.

Juno revolves around the life of a misfit who is now facing the aftermath of an unplanned pregnancy. She decides to have the baby and put it up for adoption. By doing so, she meets a seemingly happy couple ready to welcome the child into their lives. But soon, Juno realizes that there are cracks in their relationship too. The movie is intense in all the best ways, and Juno is probably one of the best-written characters out there! 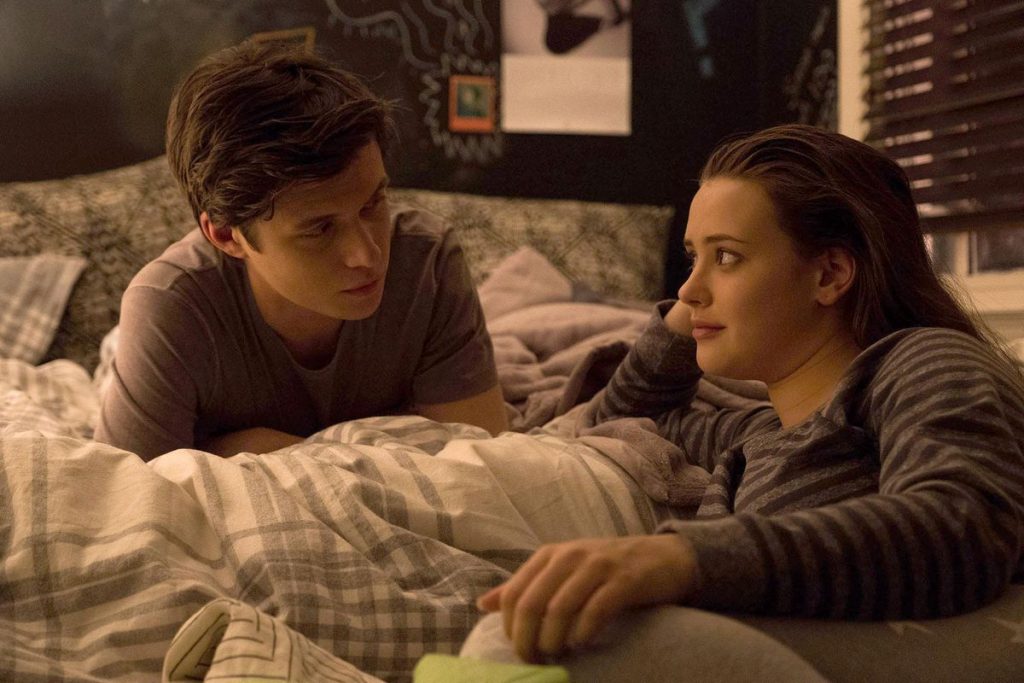 The movie came out in the year 2018 and changed many a life for the better. Based on the hit book series by Becky Albertalli, this film is a must-watch for all the coming of age film fanatics out there. The movie was directed by Greg Berlanti and featured the following cast:

Simon Spier is an awkward teen, but there is more to him than meets the eye. For instance, he is a gay boy who is still in the closet and is not ready to come out just yet. However, everything changes for Simon when a blackmailer threatens him and the anonymous person he has been writing emails to. The rest of the film shows him trying to navigate his sexual orientation, coming out story, friendships, and identity. The movie is bound to make even the coldest person shed a tear, making this a great pick to watch! 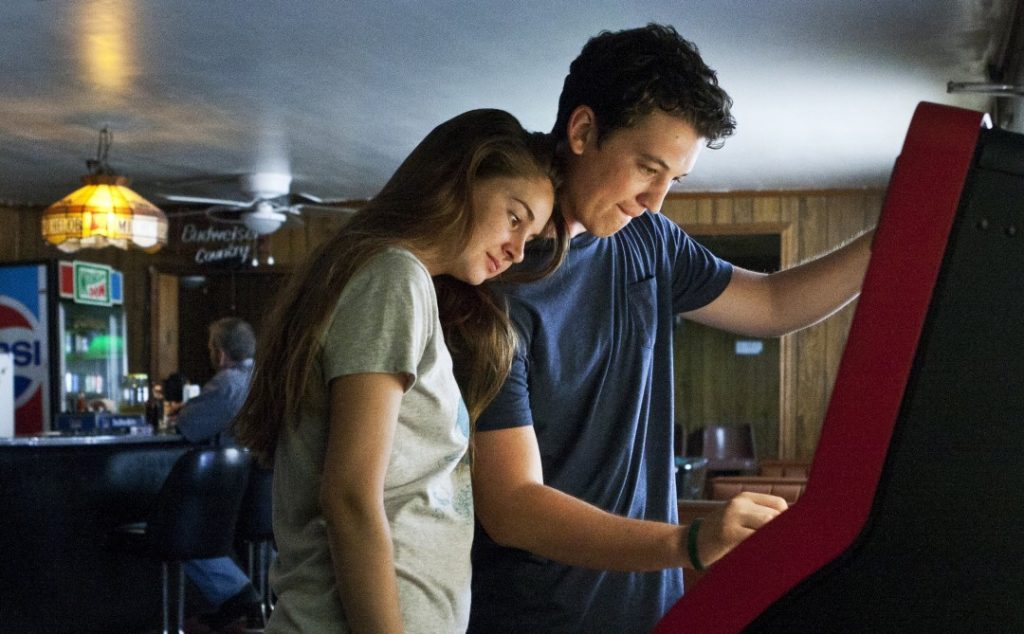 Here’s a thought: cliches exist. And sometimes, we might even come to like them. The Spectacular Now might be one film that falls under this category.

The movie follows the story of Sutter, an extrovert who is popular for his wild ways. He chances upon a shy and introverted girl named Aimee one day, after a string of events leads to him waking up at a stranger’s front yard. The romance between these two is one we would see coming from a mile away, but that doesn’t make this film any less engaging.

James Ponsoldt directed the movie, and it has Shailene Woodley and Miles Teller in the lead roles of Aimee and Sutter. If you are looking for a coming of age film that is easy to watch, this would be the right one to go with.

As 2021 roars into existence, we can all sigh in relief, knowing that cinema has got our back. Watch this space for more recommendations in this genre and every other! We know what you are looking for, and we are keener than ever to bring them to your attention!