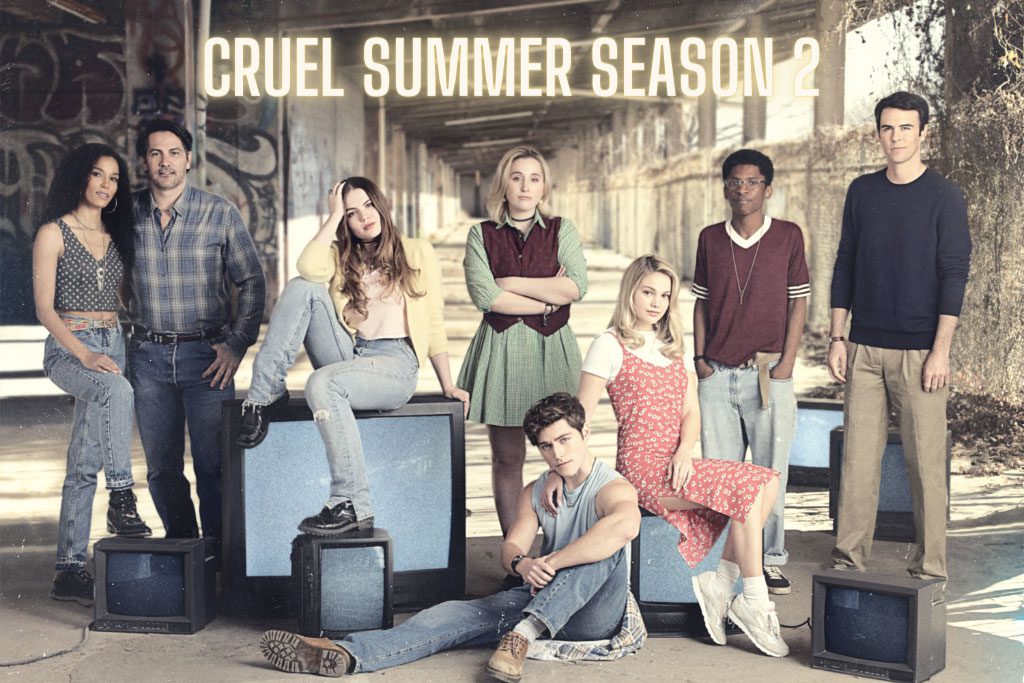 ‘Cruel Summer’ is one of Freeform Network’s biggest series. It’s a classic teen drama but with a dark twist. The love for the 1st season was so immense that the creators took no time to announce another season. Although the announcement took place a while back, the Cruel Summer Season 2 release date is not yet confirmed. But it will most likely release by spring 2023.

The story takes place in the ’90s & revolves around two teen girls with teen problems. Season 1 follows the story of Kate and Jeanette from both their perspectives. And it captures events of the same day but over different years. So, the story keeps switching between the years 1993, 1994 & 1995. And each year shows a different side of the protagonists.

It’s a unique style of storytelling and kind of what captures the viewers. Freeform is famous for creating grippy teen dramas like ‘Pretty Little Liars’ or ‘The Bold Type. And it continues the legacy with ‘Cruel Summer’ now.

The story is intertwined between those three years. In 1993, Kate Wallis is the popular girl at school. Whether it is a perfect boyfriend or her social circle, Kate’s life is every girl’s dream. On the other hand, there is Jeanette Turner, who is a shy & awkward girl who doesn’t like being an outcast. All she wishes for is to be like Kate, not knowing it might come true.

When Kate goes missing without a trace, panic strikes the town. But as time goes by, people move on from it & Jeanette takes her place. It’s the 1994 timeline that follows Jeanette’s life as the popular girl. Ironically, the same boy falls in love with her, who once loved Kate. Although Jeanette is living her best life, it comes crashing down in no time.

A year later, in 1995, Kate resurfaces & accuses Jeanette of her kidnapping. She claims that Jeanette saw someone take Kate away but did nothing because she wanted it to happen. Although her claim has no proof, it makes sense to people. So now, Jeanette becomes the most hated person in America. Along with her image, her appearance also changes from dressing up like kate to dressing shabbily.

Also Read: Is It Possible To Have ‘Showtime Begins’ Season 2?

The season 1 ending doesn’t reveal who kidnaps Kate & why? But it sure ends on a cliffhanger. Fans have high expectations of what will unfold in the next season. But since it’s an anthology series, season 2 will be a different story with new characters. The creators are open to exploring new stories or perspectives of teen lives. Although the fans will not see the old characters, it will have the X factor that made season 1 a success. Nevertheless, the Y2K fashion & the high-intensity drama will still be there, so it’s worth it. The official synopsis of the new season goes like this, 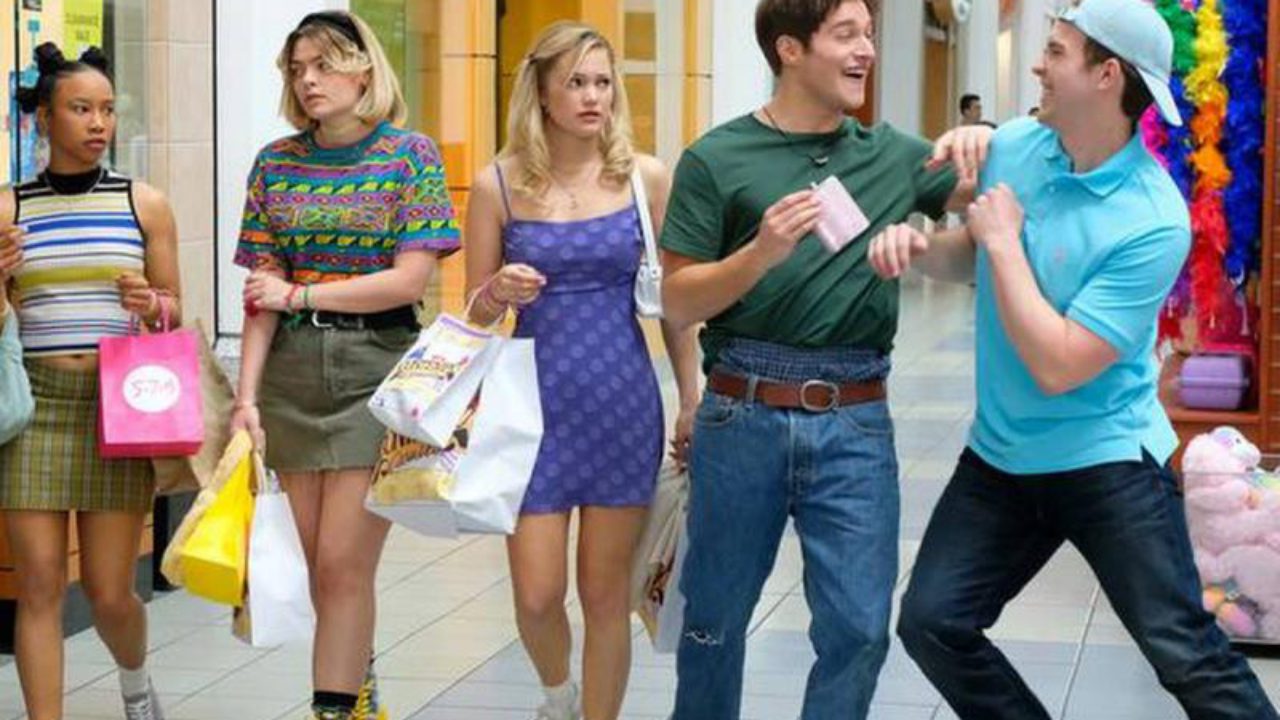 A still from the new Season of Cruel Summer.

“Set in an idyllic waterfront town in the Pacific Northwest, the second chapter follows the rise and fall of an intense teenage friendship. Approaching the story from three different timelines surrounding Y2K, the season twists and turns as it tracks the early friendship between Megan, Isabella, and Megan’s best friend Luke, the love triangle that blossomed, and the mystery that would impact all of their lives going forward.”

Freeform confirmed a second season back in April 2022, but no announcement about a release date yet. However, some sources reveal that it might release sometime between fall 2022 and spring 2023. The new season is portraying a love triangle this time. And the actors joining the anthology are Sadie Stanley, Griffin Gluck, KaDee Strickland, Sean Blakemore, Paul Adelstein, and Lisa Yamada. 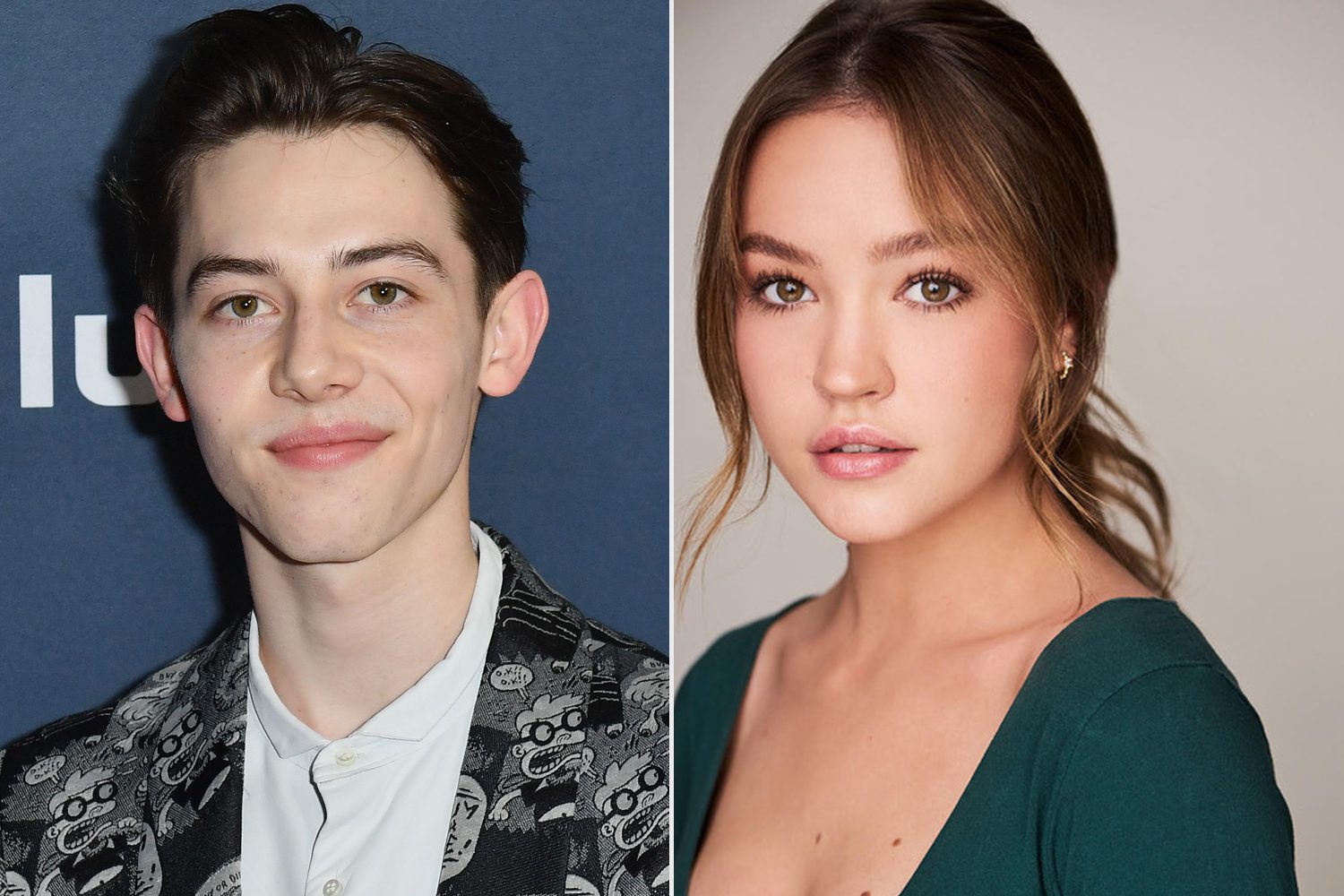 The creators of the show have expanded on what’s in store for the second series. And they talk about emphasizing the relationships of the show in depth. The showrunner Tia Napolitano says, “We want to challenge ourselves with something equally impossible and mysterious and find the best version of that. We want to give people all of the answers to the clues and questions we tee up because I think that’s satisfying.”

So, fans of the 1st season can look forward to the second as well because it’s going to be bigger and better!

Why Is The Show So Relatable?

Apart from Cruel Summer being a teen series it also shows a fresh new perspective. We all know high school can be tough, and much more if you feel like an outcast. Jeanette goes through something similar and her life starts revolving around having that fake image. But the character backstories are deeper than that.

Although Jeanette wants to be pretty & popular, it comes from the pressure. It’s not just the teen culture demanding everyone to be cool but also her mother being picky about her. The latter’s criticisms make Jeanette change herself more, something a lot of kids go through. 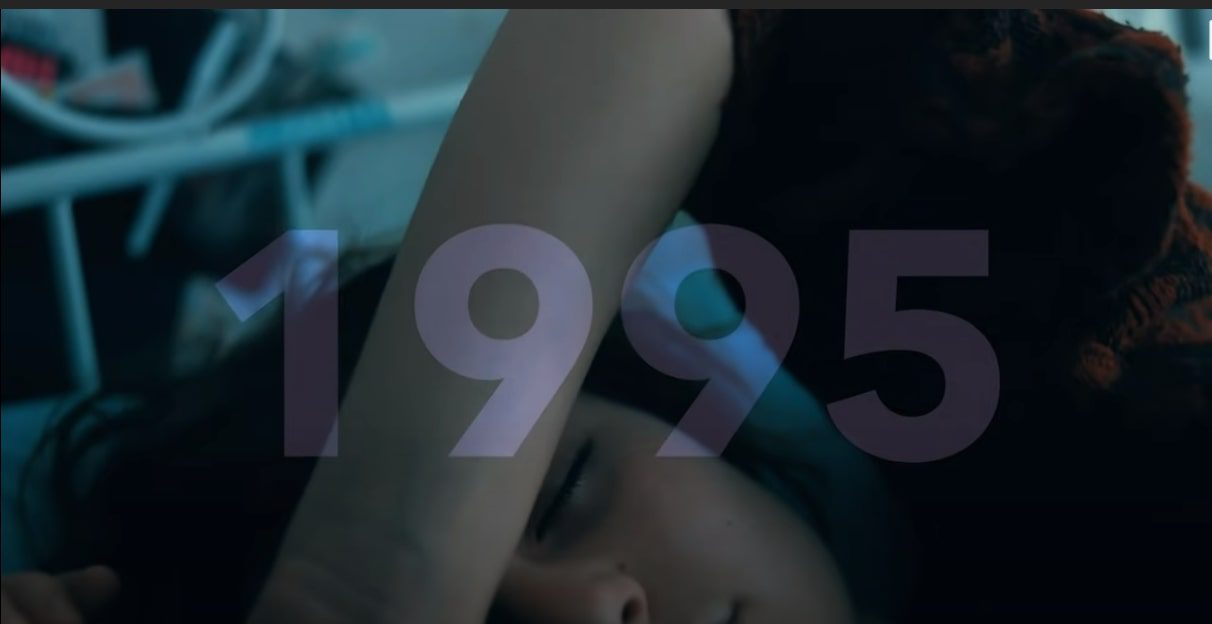 Jeanette in 1995: When she becomes the most hated person in her town.

Even Kate Wallis, the popular girl is shown to have a humble background and aspirations. She is much more complex than the typical ‘mean girl’ of high school. So, that’s a new perspective this show brings. She too is facing parental pressure and is an unabashed people pleaser. Although she is perfect from the outside, people are unbeknownst to her struggles. 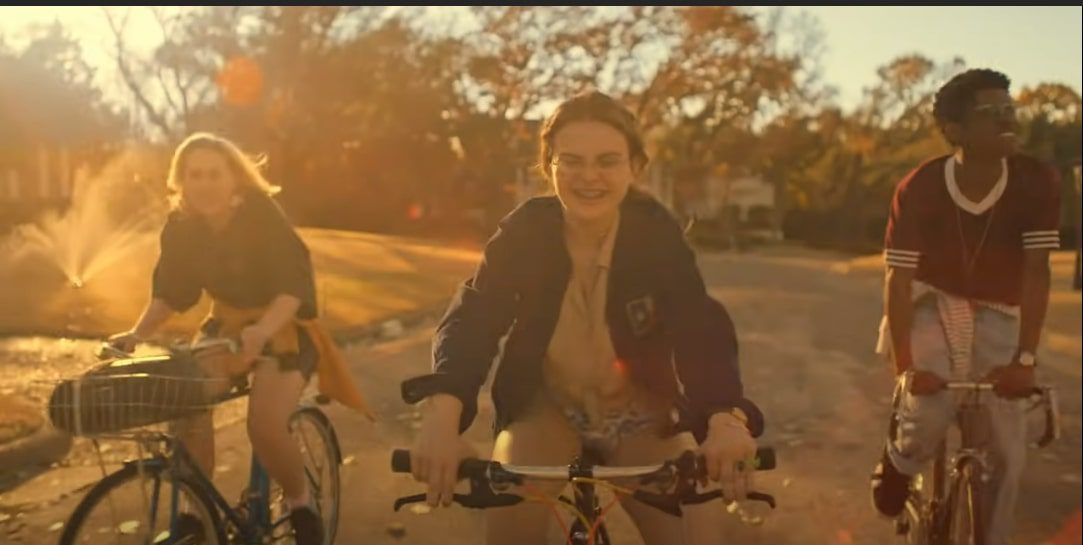 Jeanette in 1993 cycling with her friends, Mallory and Vince.

When Jeanette switches places with Kate the consequences are dire. Not only does she lose her real friends, but she also becomes the most hated person later on. It really sends the message of letting things be as they are. And it kind of invalidates the “perfect” lives of popular girls. Whether it is Jeanette’s emo phase or popular girl phase both are relatable. And it also humbles the character, as it shows the same girl in contrast phases of her life.

The Cast Of Cruel Summer Season 1 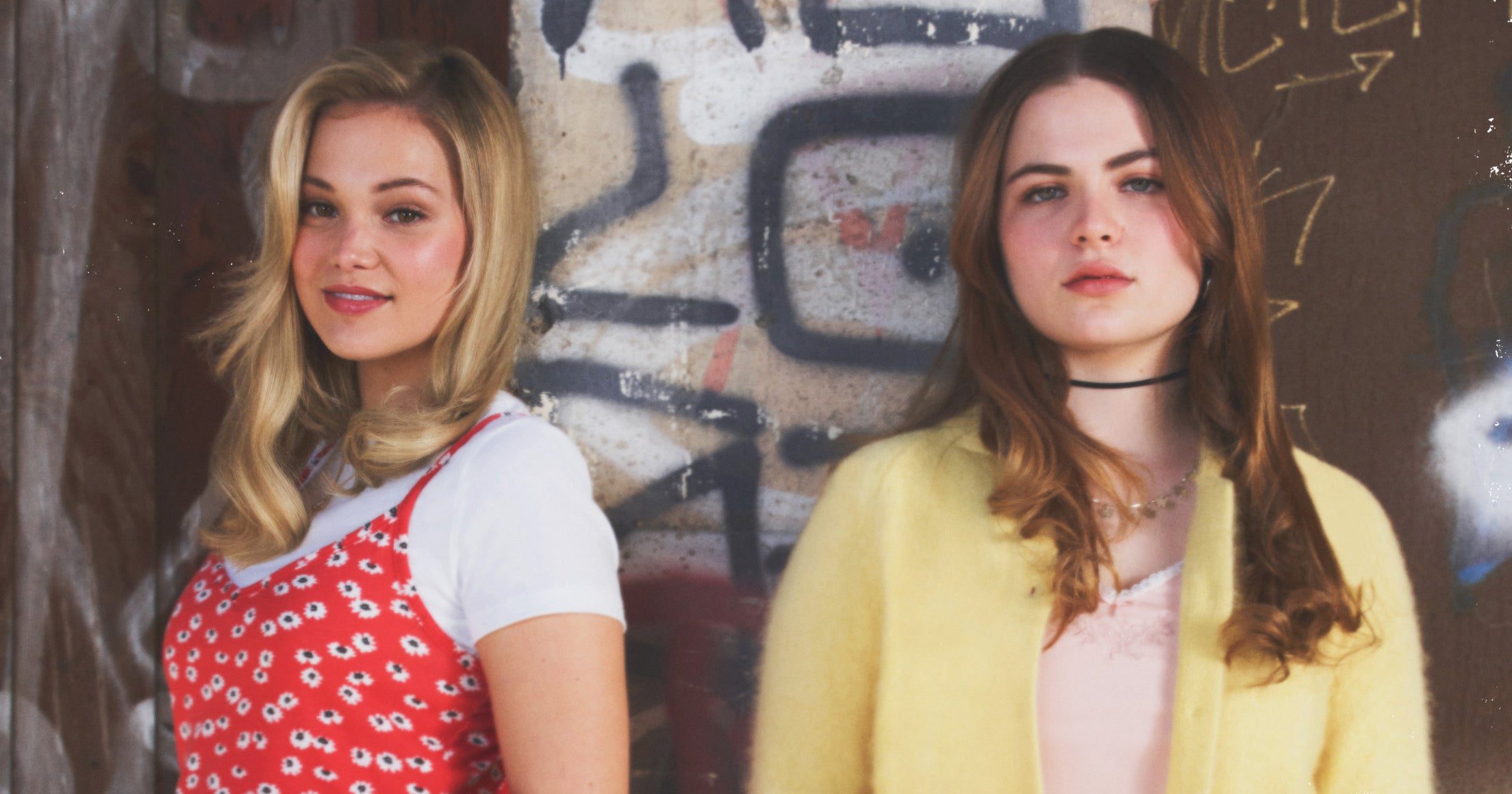 Jeanette’s best friends Mallory and Vince are played by Harley Quinn Smith and Allius Barnes respectively. Kate’s former best friends who later become Jeanette’s – Joy and Angela. Andreas Anders who is known for ‘Young Sheldon’ and ‘Joey’ plays the role of Joy along with Brooklyn Sudano as Angela. Other castmates include Nathaniel Ashton as Ben, Michel Landes, and Berrett Carnahan as Greg and Derek Turner.

Another interesting fact about this show is that Jessica Biel is one of the producers. The Sinner actress considers this series to be her passion project. Talking about the show she says, “To really talk about some intense, hard things, hard things that these young people are going through, is really exciting for me.”

How And Where to Watch It?

In US and Canada, the show will be streaming on the mother network ‘Freeform’. But for US and Canadian viewers who can not watch it on Freeform can watch it on Hulu with a reasonable subscription. Moreover, the show’s official streaming platform all over the world is Amazon Prime. The first season is already streaming and most likely the 2nd too, as soon as it releases.

Since the first season became a hit, Cruel Summer Season 2 is much awaited. It is going to be bigger and better with different storylines & characters. If you have not seen the show yet, you still can. Go and catch up on the psychological thriller before the second season comes.