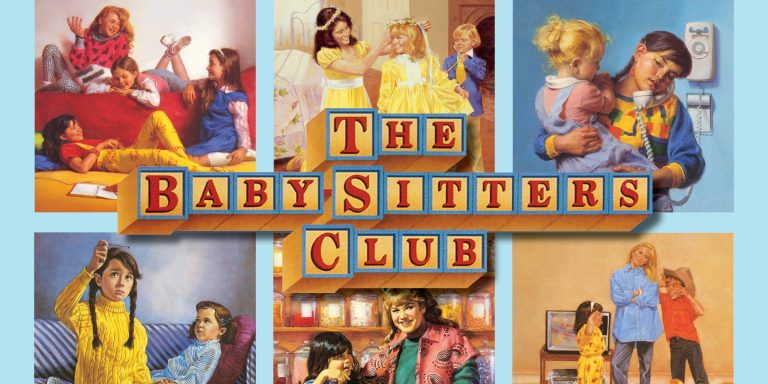 If you are a protruding and extrusive Netflix fan and are eagerly waiting to watch the eye-catching web series ‘The Babysitters Club’ which Netflix announced last month. Then I would like to tell you that I have got everything covered in-depth that you should know. In this post, I will be presenting all the details about this Netflix original web series that I have gathered from our sources. This post might contain spoilers of this web series.

The Babysitters Club is a Netflix Original American web series that is an amazing adaptation of one of the best selling American children’s novels with the same name written by Ann Matthews Matin. This series reflects the friendship and adventures of five middle school girls as they begin with their new venture of Babysitting in the city of Stoneybrook. In their new business, they have to face many obstacles but they all togetherly comes up with all the plans for success.

According to the details revealed by Netflix till now, this series has an amazing cast and crew who have all together made this series more exciting and loving. Now, I would like to share all the details which I have gathered regarding this series. Here’s everything I know;

When Will This Netflix Series The Babysitters Club Release?

I would like to tell all the readers of this post that, this web series has already released on 3 July 2020 on Netflix. All the episodes of this series were bombarded on the same day by Netflix. It is getting an amazing and tremendous response from the audience which Netflix was definitely not expecting. Within a day of its release, it has been viewed by more than a million people. Also, this series has received a lot of positive reviews and comments from the audience. Not even 48 hours have passed and this series has already become a major hit throughout the globe.

Even it has received an IMDb rating of 7.9 out of 10 which is generally considered a very good rating. These were some of the details revealed by Netflix about the response for their web series which I have shared. From our sources, I have come to know that even the creators are planning for the second season which the audience will soon come to know. If any announcements are made regarding season 2 of this series then we will update that on our site as soon as possible.

There are a total of 10 episodes in this series and according to audience reviewers, each and every minute of this series is worth watching. If you want you can watch this series here.

Some of the well-known actors which were also a big part of many other Netflix series are the cast in this series. All the lead actors have performed their roles will extreme dedication and perfection and hence were highly appreciated by the audience. Their fan-following even increased tremendously and they became a part of the best actors of the Hollywood Industry. Some of the well-known actors are;

The trailer of this web series has already released on the official Youtube channel of Netflix. Within a week of the release of this trailer, it crossed the 450k+ views mark. This shows the craze amongst the audience for this Netflix series. If you want you can definitely watch the trailer of this series below and can watch the complete series by clicking here.

This series revolves around the friendship and adventures of five middle school girls who plan to start a babysitting agency when they come to know that they can make a huge amount of money with this business. They all successfully launch their babysitting agency and also they all themselves do the marketing, strategy wor for their agency. In all this process, they have to face many difficulties but after all, they succeeded and get a lot of babysitting orders.

This is a Netflix owned series and all the distribution rights of this series are owned by Netflix for all upcoming seasons also. Rachel Shukert has created and directed this series. Even the screenplay management work was also done by him. Rachel A. Shukert, Lucia Aniello, Michael De Luca, Lucy Kitada, Frank Smith, Naia Cucukov, and Benjamin Forrer are the executive producers of this series.

It has proved to be one of the most successful Netflix Original series. This was all about this series from my side about this series. If any update is made by the creators regarding upcoming seasons of this series then we will update that in this post as soon as possible. Till then stay tuned to Otakukart for more updates.