Yumi’s Cells Season 2 Episode 7 is coming soon with a new character! Finally, the drama is moving in the webtoon’s story direction. However, some part of the plot has already been changed. Therefore, the upcoming episodes will be full of surprises. However, it will be interesting to see how Yumi handles her insecurities and worries regarding her relationship with Yoo Babi. After all, the two have finally come together, but the problems don’t know when to stop!

Episode 6 of Yumi’s Cells 2 shows a glimpse of Yumi’s unemployed lifestyle. After resigning from work, Yumi’s life turns into a new leaf. She begins taking writing classes, participating in writing competitions, spending more time in local libraries, and meeting her friends. However, after meeting her friend Eun Hee questions her decision, her jobless life, future insecurities, etc. However, soon those worries fade with a new resolution to chase her dream. Besides, Yoo Babi becomes one of the biggest supporters as he stays by Yumi’s side during her rough time. 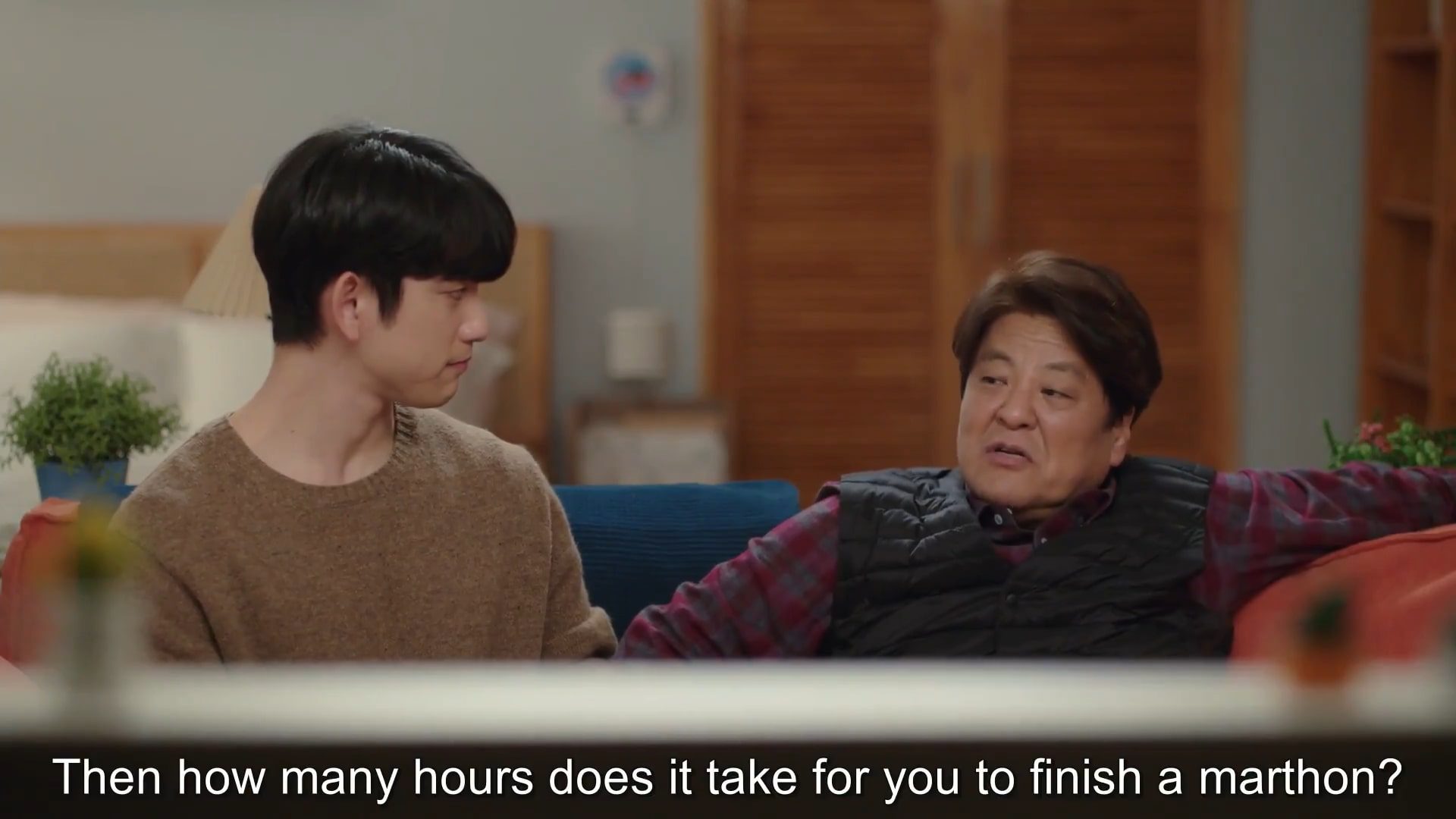 Soon they decide to take their relationship to a new level. However, the couple’s naughty time ends as soon as it starts with Yumi’s parents’ visiting her. Yumi’s father shocks meeting her boyfriend. Seeing his daughter’s boyfriend excel in everything, Yumi’s father gets jealous, which eventually leads to him sulking at every chance. He even gets hurt while trying to show his supportive side. However, knowing his daughter is no more teenager, her father accepts Yoo Babi.

Later, Yumi learns that Yoo Babi may be a chaebol of some business tycoon, only to find that his family runs a tteokbokki restaurant. It shows how Yoo Babi understands Yumi’s concern before she voices it. However, will it be the same when the distance grows in Yumi’s Cells 2 Episode 7?

The preview of Yumi’s Cells Season 2 Episode 7 is already out! There will be a time jump since Yoo Babi will be transferred to the company’s Jeju Island branch. Therefore, Yumi and Yoo Babi will have to continue their long-distance relationship.

However, to surprise Yoo Babi, Yumi will go to Jeju Island only to find herself being surprised. The preview shows we will be meeting a new character Yoo Da Eun. According to Yoo Babi, she is an intern living in the same neighborhood as him. Her presence will worry Yumi since Yoo Da Eun looks beautiful and close to Yoo Babi. So will she be a new love rival in Yumi and Yoo Babi’s love story? Or will her presence bring the lovers closer in Yumi’s Cells 2 Episode 7?

Also Read: Sweet & Sour Review: Is The Refreshing Romantic Comedy Worth The Watch?

Yumi’s Cells Season 2 Episode 7 will be released on 1 July 2022 at 4 pm KST on TVING. The new character’s entry will change Yumi and Yoo Babi’s relationship. But only time will tell whether this change will be for good or worst! Hence to know how their relationship shift, watch new episodes of Yumi’s Cells 2 every Friday!

For South Korean viewers, Yumi’s Cells 2 is airing on TVING at 4 pm KST. In other countries, Ep 7 will be out on the same day at 3 am in the USA, 8 am in the UK, 12:30 pm in India, and 5 pm in Australia. For international viewers, Yumi’s Cells 2 is available on iQIYI and Rakuten Viki with English Subtitles. However, note that iQIYI streaming is accessible only in a few selected regions.

Also Read: How to Watch Heirs Korean Drama? All To Know