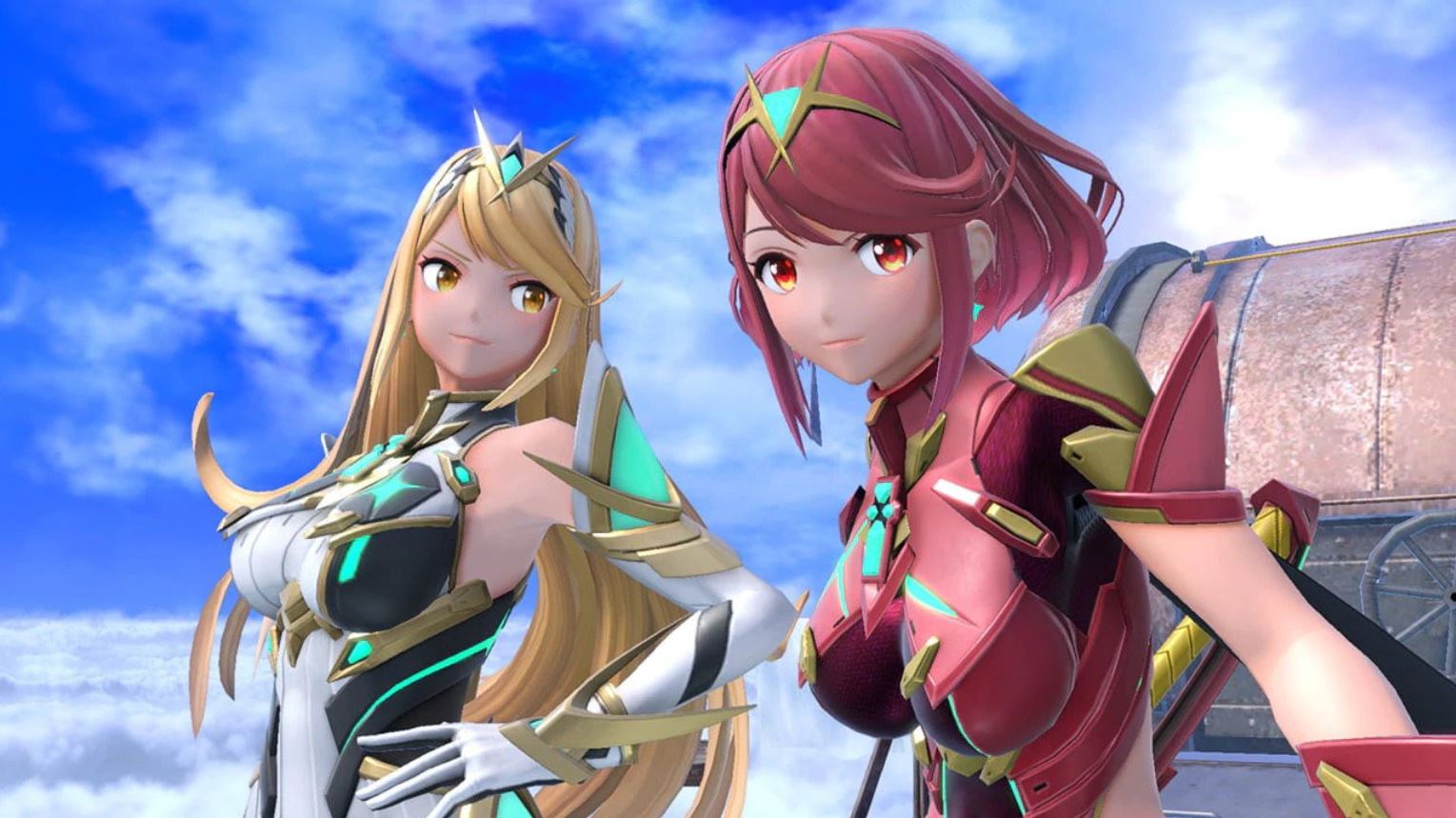 Last night, at the Nintendo Direct presentation, two new additional playable characters were announced in the Super Smash Bros. Ultimate. They are Pyra and Mythra from Xenoblade Chronicles 2 who will be joining the roster as a part of a DLC. And this duo will be part of the latest addition to the Xenoblade franchise joining the game. The previous addition was Shulk, the protagonist of the original Xenoblade Chronicles. But now rather unconventionally, Nintendo has chosen Pyra and Mythra who are the two companion characters from Xenoblade Chronicles 2. And it is unknown why the protagonist, Rex was excluded. Just like in the game, Pyra and Mythra are able to interchange with one another here as well. Moreover, they will only count as a single character constituting a single character slot. And can be swapped between one another just as the player sees fit to their convenience.

In the trailer, we see Rex trying to locate Pyra who had seemingly vanished with no trace left behind. As he investigates, he is left clueless and wonders where she could be. Just then, Pyra appears and informs Rex how she has been invited to Super Smash Bros. Ultimate. She will be joining the roster alongside Mythra as they can swap between one another. We see an array of their moves while also witnessing a new arena that will be added to the game as well. 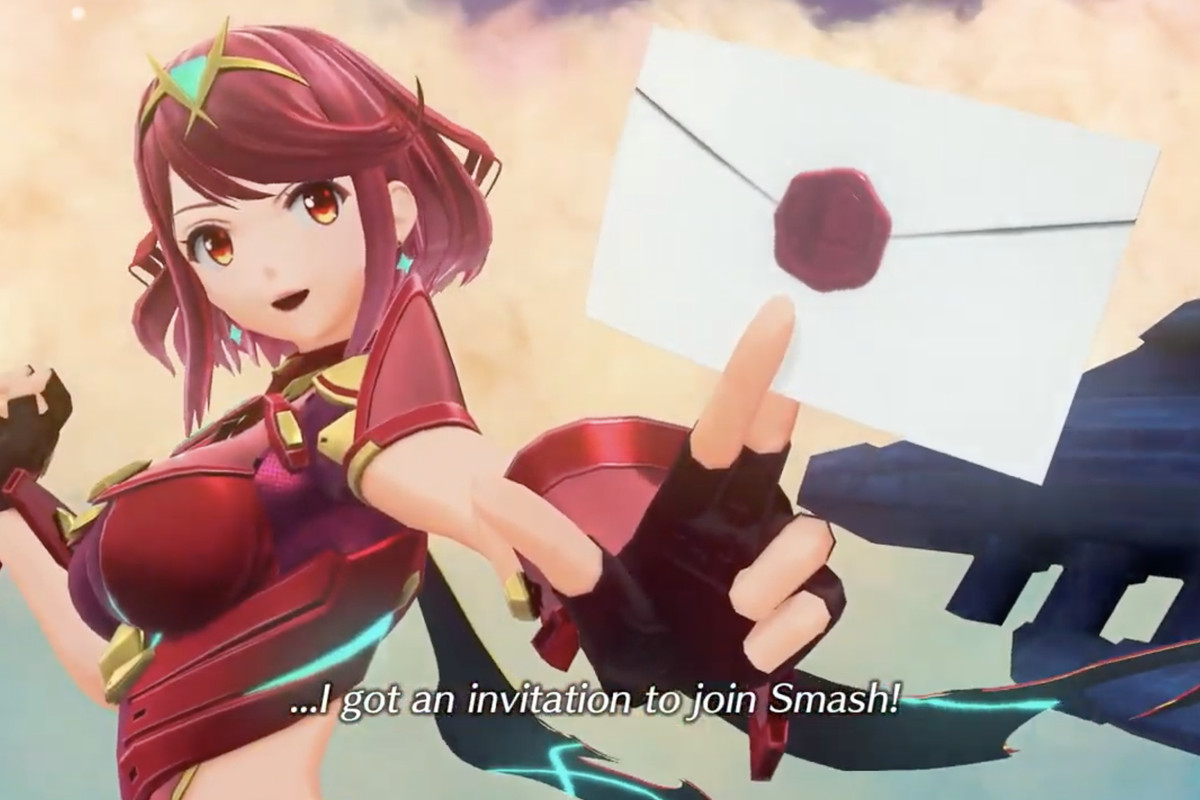 Pyra gets an invitation to join Super Smash Bros. Ultimate.

Who are Pyra and Mythra?

Pyra and Mythra are both main characters in Monolith Soft’s Xenoblade Chronicles 2. They are both Aegis, a Legendary Blade capable of granting tremendous power to their Driver, Rex. Pyra gives fire-elemental powers while Mythra has light-element attacks along with near light-speed movement and Foresight allowing allows her to have a glimpse of the immediate future. And since Pyra is an alternate personality Mythra created, they are able to switch between themselves at will. As they embark on a journey to Elysium, Pyra shares her life force with Rex. Which now affects both Pyra and Mythra as sharing the life force made them vulnerable. This meant unlike other blades, they can be injured and have limitations in regards to healing and immortality. So, the death of one could even lead to the death of Rex or vice-versa.

When will Pyra and Mythra be available to download?

Pyra and Mythra will be joining Shulk as a part of their Xenoblade franchise in the Super Smash Bros. Ultimate. And they would join the game’s roster as the fourth character in the second Fighters Pass. With regards to their release, as of now, no set date is given. And there is only an estimation that the characters will be available to download sometime in March.

What are their Move sets? 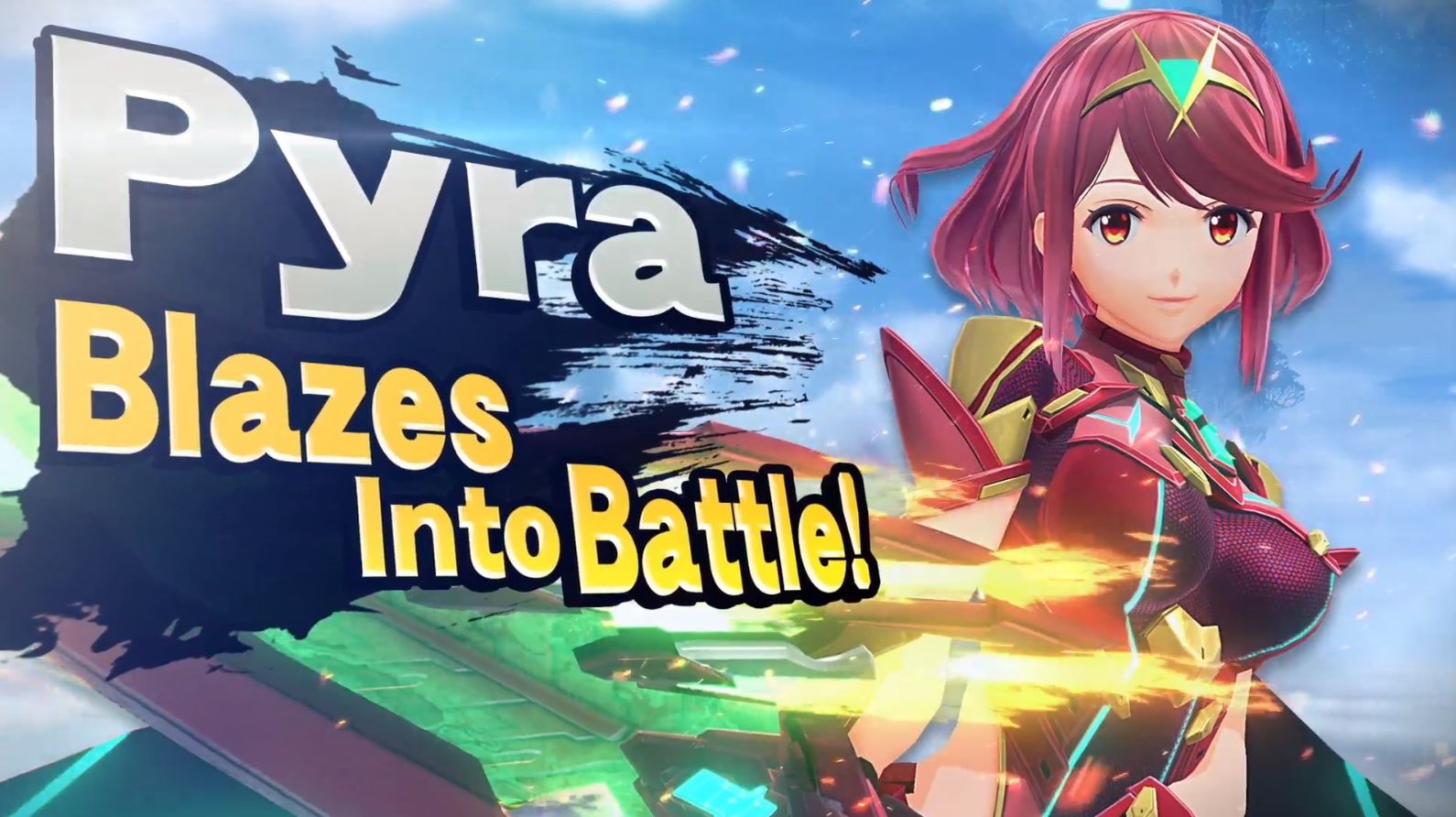 From the trailer, it appears that Pyra will primarily be a blade user with heavy fire-based attacks. She has significant knockback compared to that of Mythra and right now the only normal attacks we had seen her do include aerial attacks. She resembles Shulk as her side-smash attack are very similar to Hero’s side-smash. While her “Flame Nova”, “Prominence Revolt” and “Blazing End” show her versatility as a strong disjoint character. However, these attacks seem to have a significant recovery. 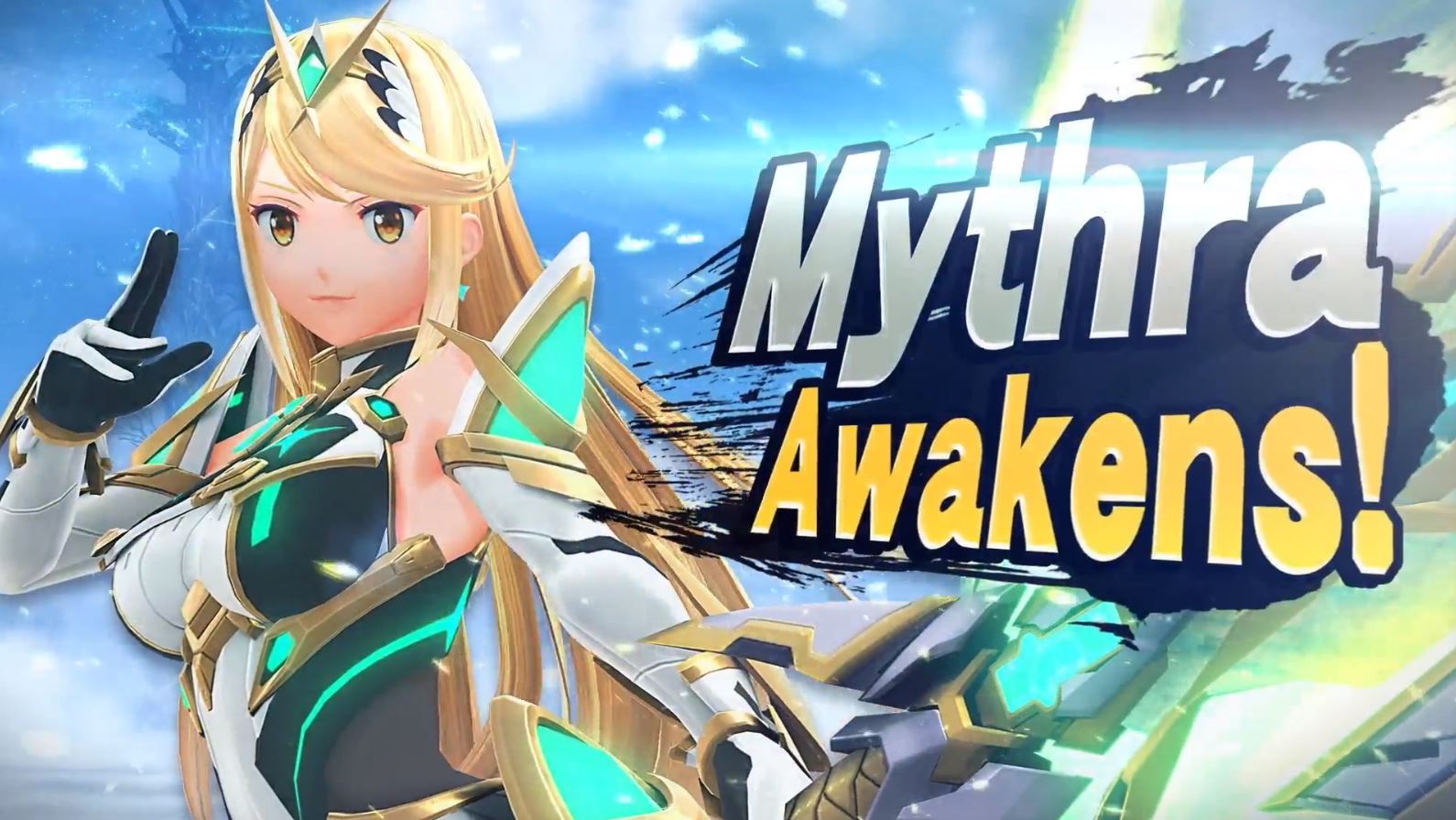 This is probably where Mythra comes in, as her normal and special attacks seem to be far quicker. But they do seem to have noticeably less knockback compared to Pyra. Mythra’s attacks such as tilt attacks and aerials are much faster and less powerful versions of Pyra’s attacks. This is supplemented by a difference in hitboxes as Mythra’s special attacks – “Lightning Buster” and “Photon Edge” have much larger projectile covering a ton of space in front of her. While “Ray of Punishment” attack also has a projectile finisher to clear out enemies below.