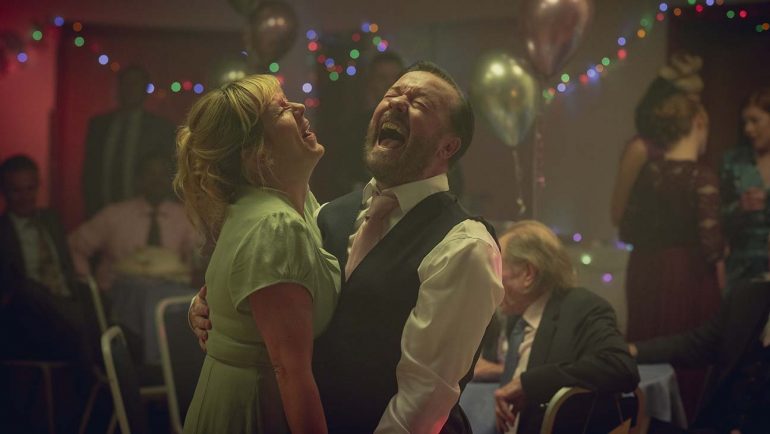 After Life Season 3 – What is the status?

After Life has been trending since last night for a host of reasons. The first of which is that it has been renewed for season 3. The second piece of news might slightly disappoint our readers. But there’s nothing we can do about it right now, considering things have happened. By now, you must have guessed it right. After Life is ending its run after Season 3. For now, all hopes of a renewal of the dark Netflix comedy have been binned. Keep reading to know more about the show.

Last night, actor Ricky Gervais himself confirmed that After Life was going to be off-air after Season 3. Which in a way also meant that Season 3 was getting renewed by the network. Ricky, who is a comedian and actor has led the show for two seasons, chose to broke the news to fans amidst the pandemic. Immediately loyal Gervais fans were shell shocked to know the show was being canceled. Even after the first two seasons were given rave reviews, Ricky Gervais indeed confirmed that there his show wasn’t getting another installment. The actor/ comedian also confirmed that he’d penned a draft for the first episode of the finale season. After this, he ended with the sad news.

We got to give it to you, the fact that After Life is coming to an abrupt end after three seasons wasn’t appreciated by fans.

After Life season 3 has hit pre-production, with Ricky scripting the show and everything. It is going to be a long time from today, until we finally get Season 3 of the show. The show may be released sometime in 2021 if everything goes well for it.

Ricky Gervais plays Tony in Netflix’s After Life. He is a 59-year-old man- whose life is suddenly turned upside down after his wife passed away from breast cancer. Ricky’s show is one of the most-watched series on the streaming giant Netflix. Season 3 will be about Ricky stitching his life together in one last attempt.

According to the shoe creator Ricky, it was his decision to end the show and announce to the world that there wasn’t going to be a fourth season. Ricky also admitted to knowing that After Life was getting a season three, he just wasn’t sure about the rest. He added that at some point, the creators have to turn their back towards the audiences. He also added that only the first episode was scripted by him, the rest of the episodes were going to pick up their own pace, slowly.

Whilst we are devastated that After Life is ending, we can only hope Season 3 leaves us truly satiated. Because Ricky has made his mind up and there’s no changing that!