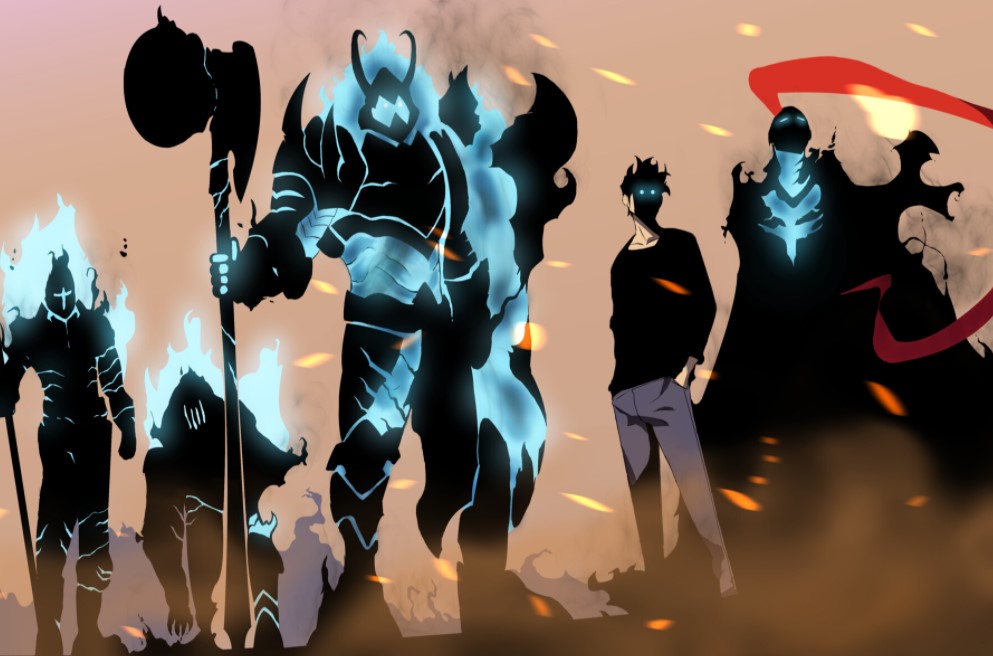 Sung Jinwoo has received the news about the death of Chris from Adama White. They are suspecting that Sung Jinwoo’s father is the culprit. Adama told him that the red notice would be issued at the international guild conference by American Bureau. Sung Jinwoo realizes that the investigation will no longer be hidden. Adama comments that the American has lost an important National Authority, Rank Hunter.

They are ready to capture the one responsible for Chris’s death. Adama reveals that the Hunter Burea wants to keep a good relationship with Sung Jinwoo. That’s why he is here to inform Sung Jinwoo before everything is announced in public. He is afraid that Sung Jinwoo will be shocked to see the photo of his father at an event where he is invited. Sung Jinwoo is surprised that his father went missing ten years ago, but he has returned as a monster.

Sung Jinwoo realizes that Chris is the sixth National Authority, Rank Hunter. He decides to inform the Vice-Chairman before it is too late. Adama and his bodyguards are wondering what Sung Jinwoo is thinking about. Meanwhile, the International Guild Conference is about to begin. The guilds from all over the world are invited to talk about the current events and the future of the Hunters World. 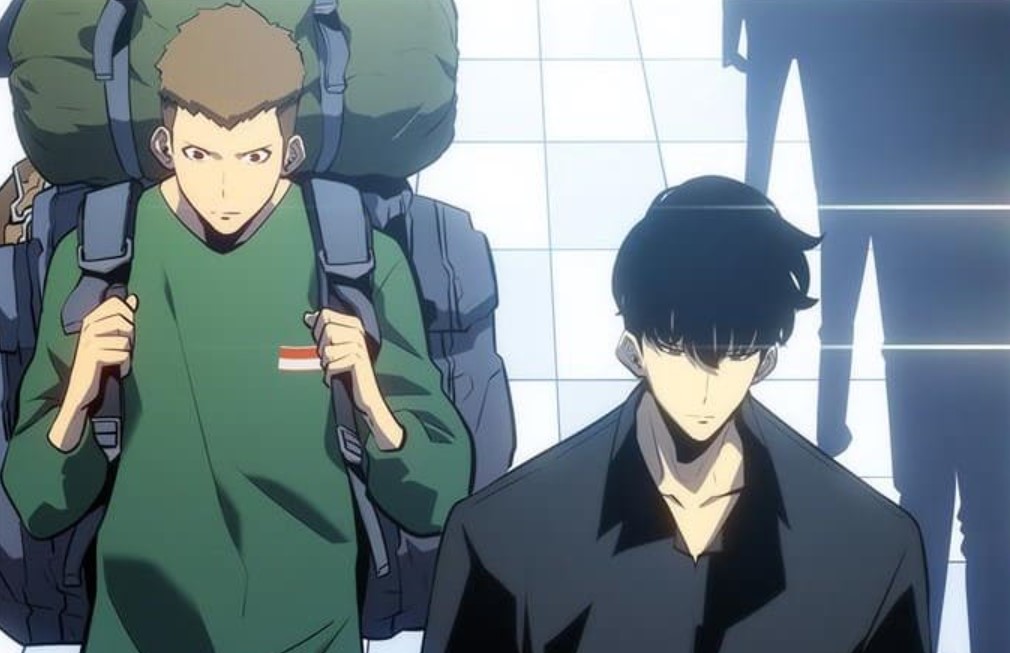 Earlier before the event started, the American Hunters Burea announce the list of invited guilds. The Ahjin Guild of Korea has become popular worldwide since Sung Jinwoo is the Guild Master. The America Hunter Burea has noticed that Sung Jinwoo has enough strength to rival many Guilds and Top-Ranked Hunters. The announcer reveals why Ahjin Guild is invited to the conference instead of the Hunters Guild.

Inside the conference, Hunter Choi Jong-In is asked his thoughts on the matter of Guild Master. Choi replies that he is confident that the American Hunter Burea made the correct decision. The reporters ask him if he can agree with them that it is over-exaggeration to say the Ahjin Guild is a one-man show. Choi said it is true, and that man is Hunter Sung Jinwoo. He also reveals that Sung Jinwoo has the abilities of hundreds of Guild members combined.

Choi continues to say that he has seen Sung Jinwoo’s power in the Jeju Island Gate. He is sure that any other Guild in the world will never defeat the Ahjin Guild. Choi also told the reporters that he is disappointed that he is not going to the conference this year since he is one of the Hunter’s Guild members. The Hunters Guild used to represent Korea in the International Conference every year.

The God of Destruction Dungeon 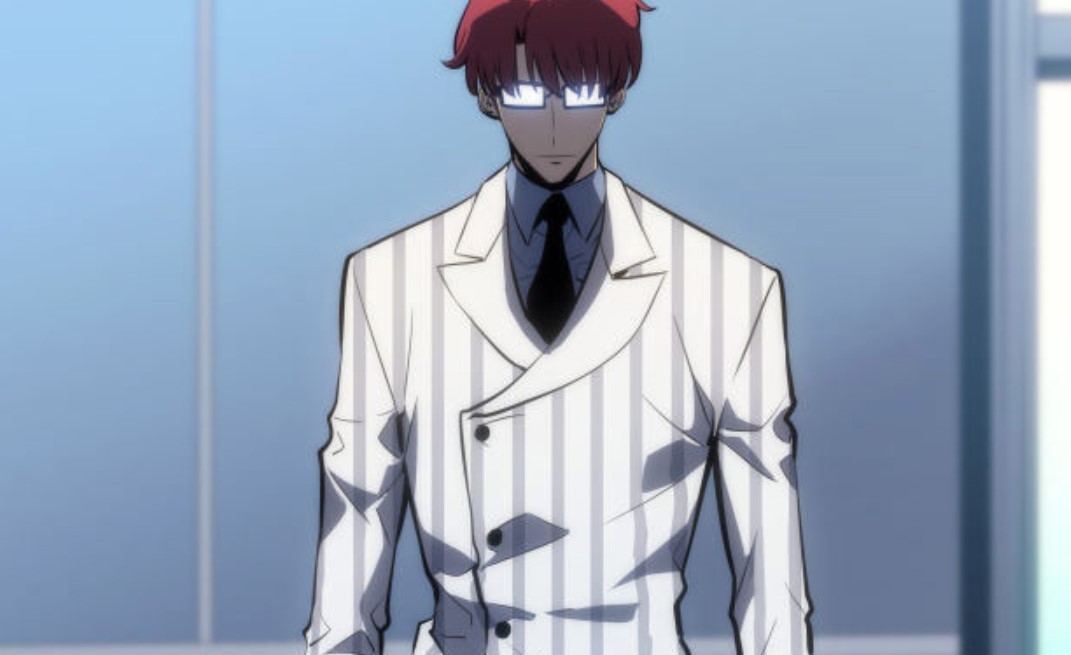 Choi is glad that a new Hunter that they can rely on if a powerful monster shows up. He realizes that Sung Jinwoo saved his Guild members. Choi reveals that he’s glad that HunterSung Jinwoo was chosen as Korea’s representative. He left the reporters thanking Sung Jinwoo for saving his Guild members. When Choi reaches his office, he receives good news. They told him that they have a permit for the gate that appeared this morning on Suseo-Dong.

The gate is revealed to be a Rank-A Gate, but the measurements are no high. Choi said it is great and asks if the Ahjin has not applied for the permit again. His assistant told him that they hadn’t heard anything from the Ahjin Guild. Choi realizes that four days have passed ever since Sung Jinwoo has returned from Japan. The God of Destruction Dungeon has yet to show up to any Gates. But Major Guilds in Seol are celebrating.

Choi is glass that no Guild is challenging his Guild, and their profits have increased by 40%. The assistant thanks Anjin Guild for the lack of competition. Choi thinks about how Sung Jinwoo cleared the Gates. When Sung Jinwoo became the S-Rank, he begins to clear Gates in other Guild’s territories. Choi is impressed that Sung Jinwoo cleared and S-Rank Dungeon Break in Japan singlehandedly. 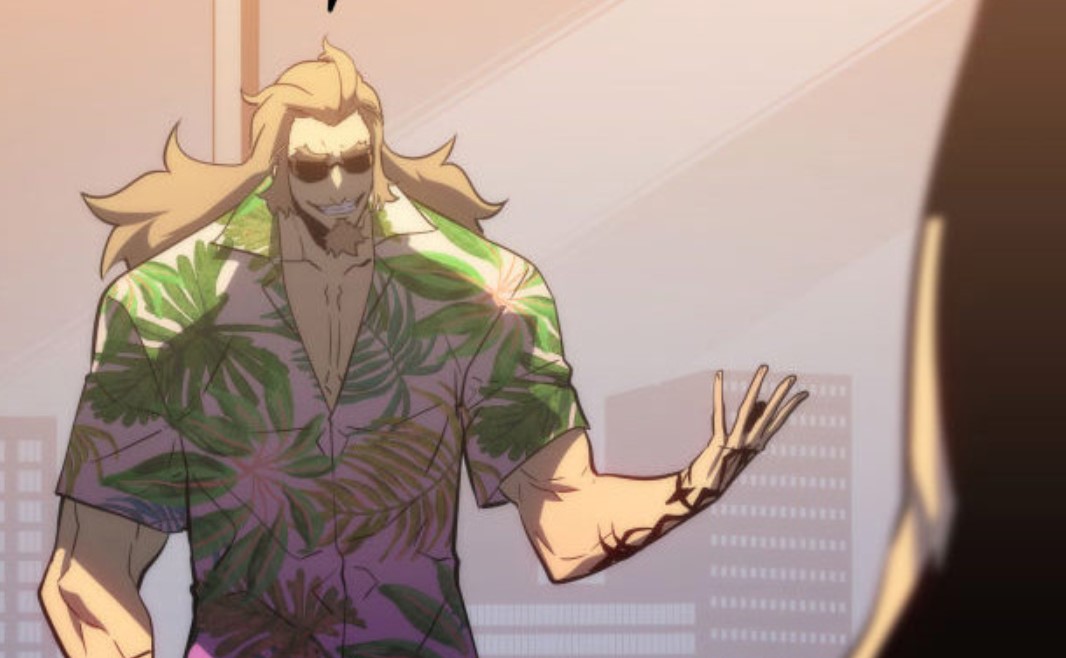 Go Gun-Hee thinks Sung Jinwoo will never get interested in any negotiations from any country. Adama said it is not coming from the Chinese government, but it is from an individual. He reveals that seven-star ranked hunter Lui Zhigegn is interested in Sung Jinwoo. Go Gun-Hee thinks that the strong recognizes the strong. He told Adama to reject the request. At the same time, Thomas calls a top-rank hunter and warns him no to mess with Sung Jinwoo.