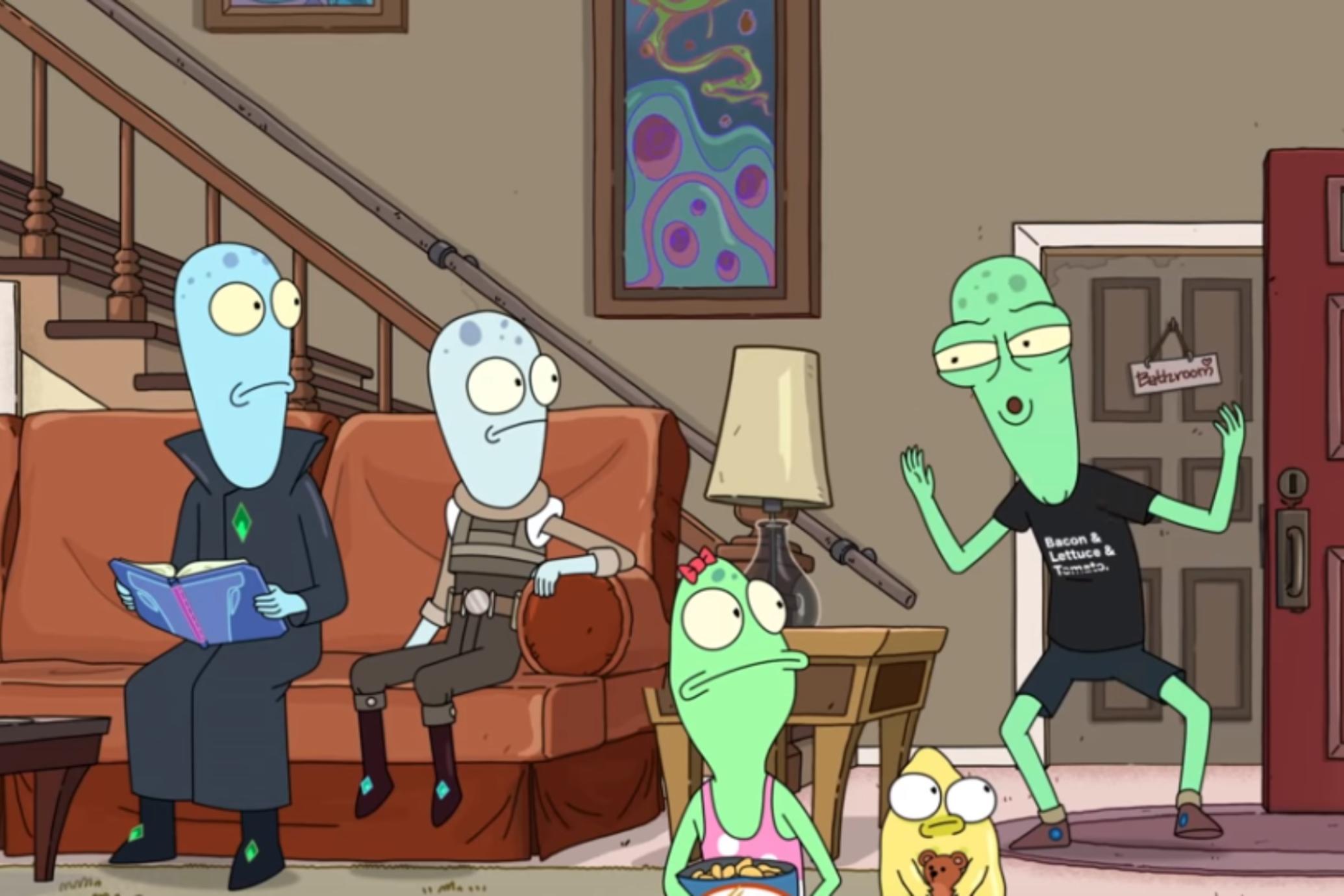 Solar Opposites, a Hulu original, created by Justin Roiland (Rick and Morty fame) and Mike McMahan, is the story of a bunch of aliens who come from a far better world to take refuge in America. The voice artists on the show include Justin Roiland as Korvo, who will give you major Rick vibes. Thomas Middleditch voices Terry. Mary Mack voices Jesse. Amongst the guest stars, Neil Flynn voices in Episode 2.

The main thing behind the show Solar Opposites is to see how the characters interact with each other and accept each other. Amidst all this, the debate is whether or not Earth is incredible.

Episode 2 of Solar Opposites titled ‘The Unstable Grey Hole’ aired on May 8, 2020, along with the remaining episodes. The series consists of a total of eight episodes, all of which are released on the same day on Hulu. In continuation of the first episode, the second episode dealt with plot introduction. It took the pilot ahead to introduce to the audiences who Yumyulack and Jesse were. Given that episode 1, ‘The Matter Transfer Array’ didn’t do justice to detailing both of these characters in terms of screen time and space.  Yumyulack, as we saw, is an evildoer alien, probably just as bad as the humans. He will do anything in his capacity to hurt those who cross his path. Jesse may have a moral center, but more often than not, the two of them are on the same page.

Hence we needed more explanation on why they were who they were. The secondary essential characters of the story were Terry, Pupa, and Korvo. The hilarity of these three characters, compounded by the lead Yumyulack and Jesse, finally explains the show Solar Opposites to us. Because we know how important a character definition is to us, we do not want the storytellers to take chances there. 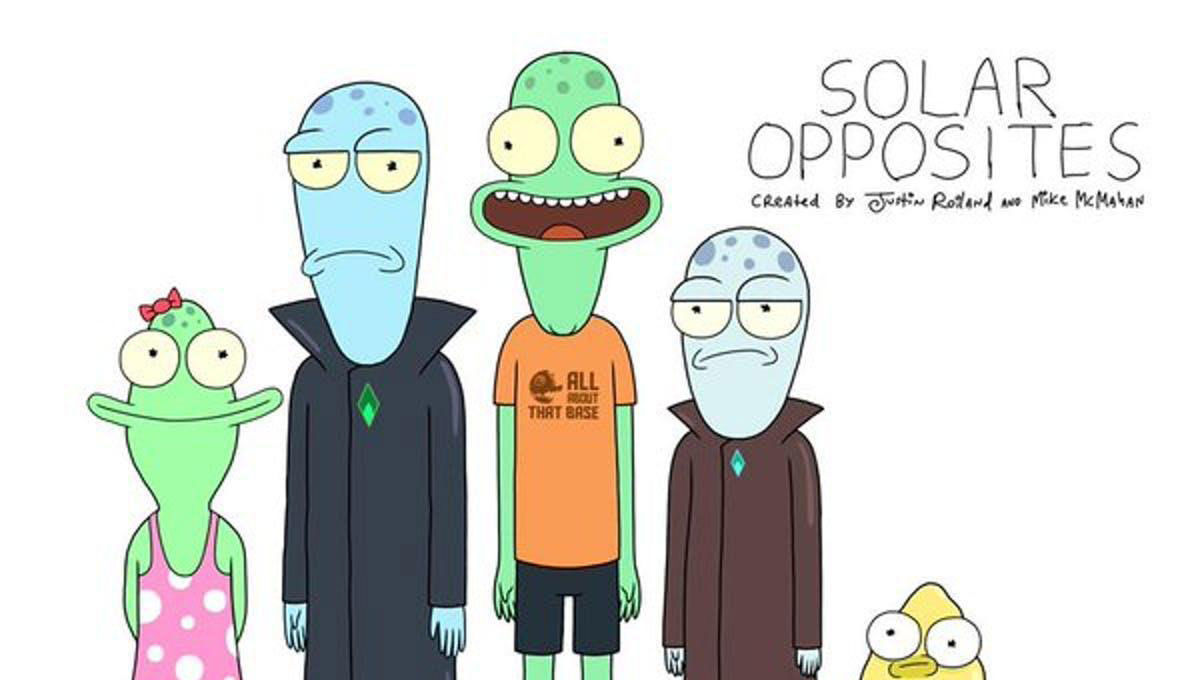 With any Justin Roiland show as you may have guessed, the plot is sci-fi based. The humor is dark and weary. And, the resultant is a full-blown hilarity and irony. The latest in the series, ‘The Unstable Grey Hole’ makes sure of the same. After watching this episode, all we could think of was where the plot would go after this. Something which we fail to believe, as of now. But it’s only the second episode, why are we complaining. In addition to Terry and Korvo pair, the other dynamic-duo is Terry and Korvo. Their special bond, too, was highlighted in these episodes. And we are pretty sure Korvo will take it from there. Amongst the two of them, it is Korvo, who is more able, intelligent, and tangible. He always tried to take the high road while Terry takes his route. Even though Terry and Korvo want the same things–the paths chosen by each of them widely differ.

In other, Jesse makes use of his mind-control microchips to extract certain behavior out of people. Jesse is trying hard so people can be friendly to Yumyulack. The goal is to convince Yumyulack that humans aren’t inherently a lousy specie, which is partially true since not all humans are the same. The essence of Solar Opposites lies in aliens unearthing the brutalities, humanities, and injustices committed by the human race. The larger theme is how humans fail to understand those different from them and the bigotry that follows as a result. The end resultant isn’t anything but a morbid, sarcastic ending of the episode. There are no moral lessons at the end, just closings. And that is where we recognize that this sitcom comes from the house of Rick and Morty. Mishaps and crazy adventures.

Terry and Korvo are the only two people in the neighborhood who try to convince people to drop the alien bigotry, to be more embracing. While they do accept that humans are a terrible breed all the time, not only when you try to mess with them. The bigger point is that Yumyulack doesn’t understand any of this-racism, Nazism, no matter how bad Jesse tries. He will not and cannot be a party to any of the human-bigotry acceptance. The only exception here is Pupa. Who stays away from the anti-bigotry stand.

Korvo, as you may have seen, will try anything in his capacity to avoid work–same is the case this time around. The excuse that he uses is that his work is far too important for him, so he will do anything to succeed at it. Because in his absence and distraction, who is going to repair the spaceship? And how will they ever get home?

But here the situation was quite different. Sure Korvo threw in the work excuse. Secretly he hatched a plan to install nanorobots in the water supply to be able to spy on his neighbors. Such sci-fi schemes are not strange to outlandish Roiland shows. And it’d be plain stupid to nitpick on them–read Rick and Morty. 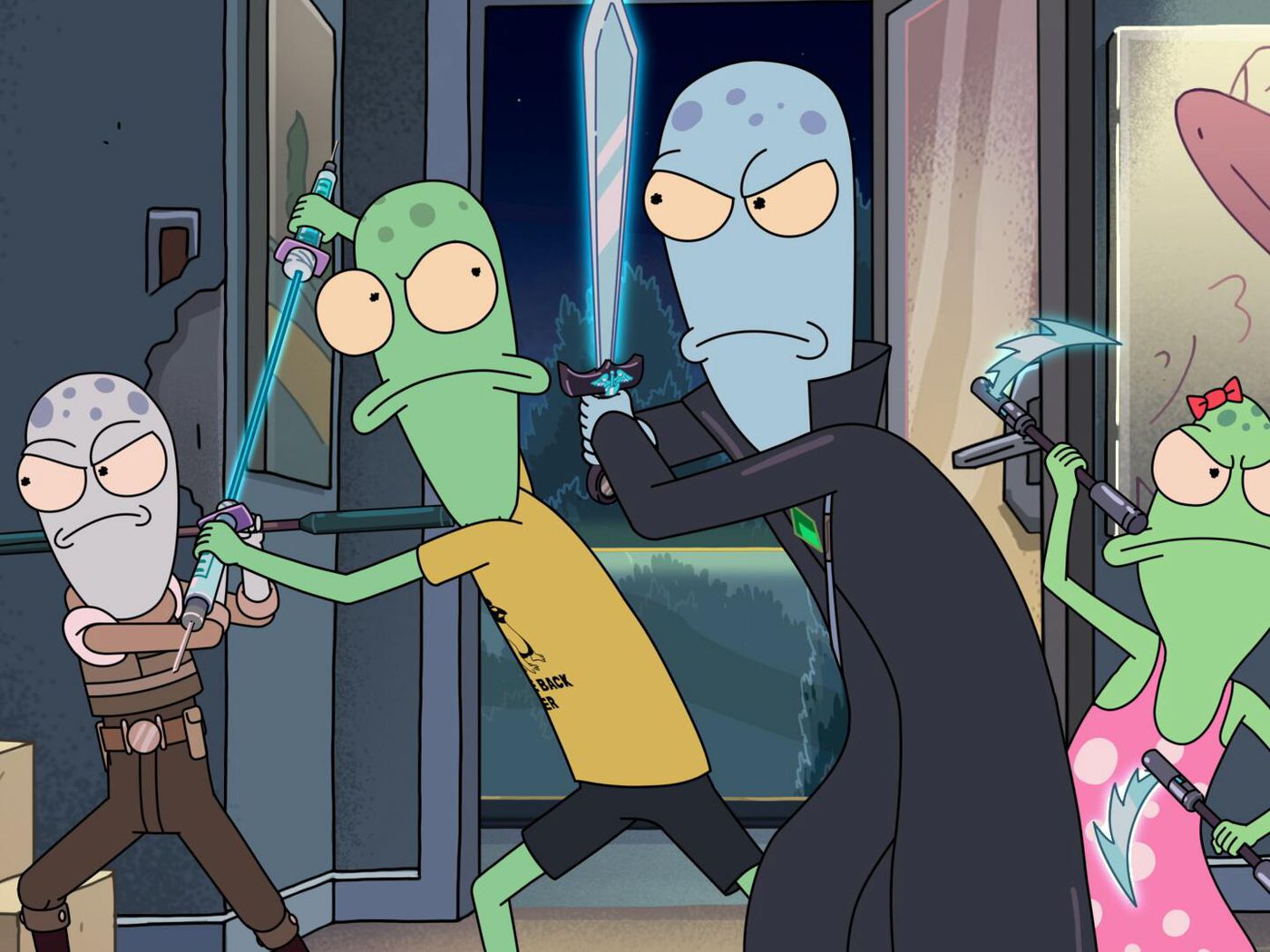 Are there jokes that we did not embrace? Absolutely. Such as the neo-nazi bar joke and the one with the necrophilia. In the first one, Jesse and Yumyulack visit the Heil Hitbar, the big dumb sex-doll fetish, Terry and Korvo doing heroin and the necrophilia joke. But knowing the territory we’ve stepped into, it will be stupid to focus on negatives.

There’s so much hope in Solar Opposites, but the plot should stick where we want it. The kind of progress that the show has made in two episodes is just mind-blowing. Keep in mind, most of the shows take episodes and seasons to reach an important stage. But not this one. Fingers crossed for coherence in Solar Opposites.

With that being said, ‘The Unstable Grey Hole’ was one of the strongest Solar Opposites episodes. Given that there are only two that we’ve seen so far. The pilot, ‘The Matter Transfer Array,’ failed to make the impact that this one did. With that, we welcome you to the Solar Opposites universe.