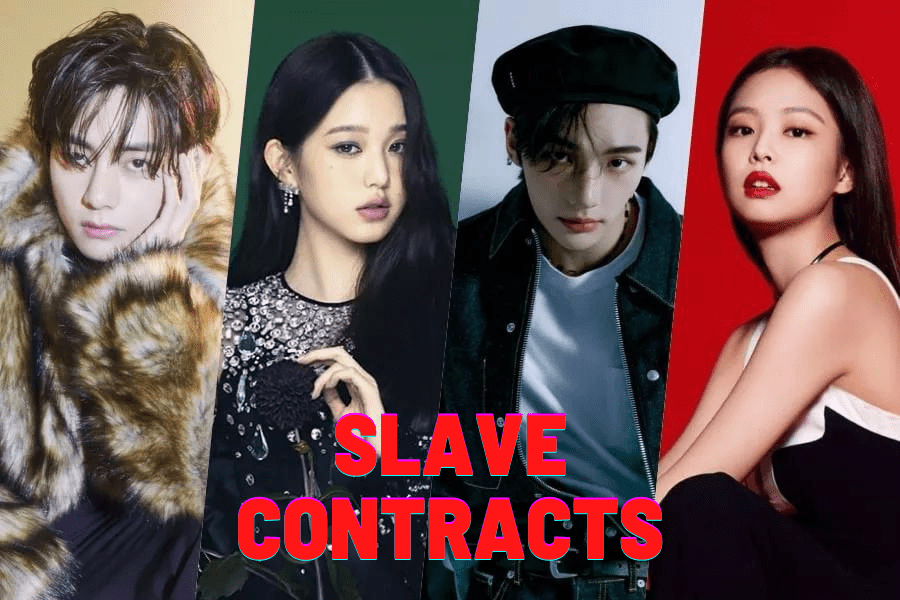 What’s Slave Contract? It is regarded as the dark side of the Korean Idol industry, which is not known to most kpop fans. It’s been several years since Kpop music has gained popularity and is continuing to do wonders globally. Talking about its success, the Kpop bands like BTS, BLACKPINK, Astro, Stray Kids, Twice, etc., are making the most of it. Most youngsters are crazy about these idols. Some can’t even stop simping over their fashion sense, dancing, and singing skills.

The fame, success, blessings, respect, and love from the fans don’t come overnight to these Korean idols. There are several things behind this, and Slave Contract is one of them.

Most people do find this Korean Idol Industry flashy and glamourous, but that is only from the outside. Inside, there lies a dark side. The management agencies are always in search of fresh individuals who are willing to get themselves signed and make their debut to become the next Kpop idol. During this time, they get trained and are signed to Slave Contract, where the kpop group gets 10% among all their members, and the company keeps 90%. The only groups who can negotiate the profit terms upon renewal of their contracts are the likes of  BLACKPINK and BTS, who have already made a name for themselves in the market. 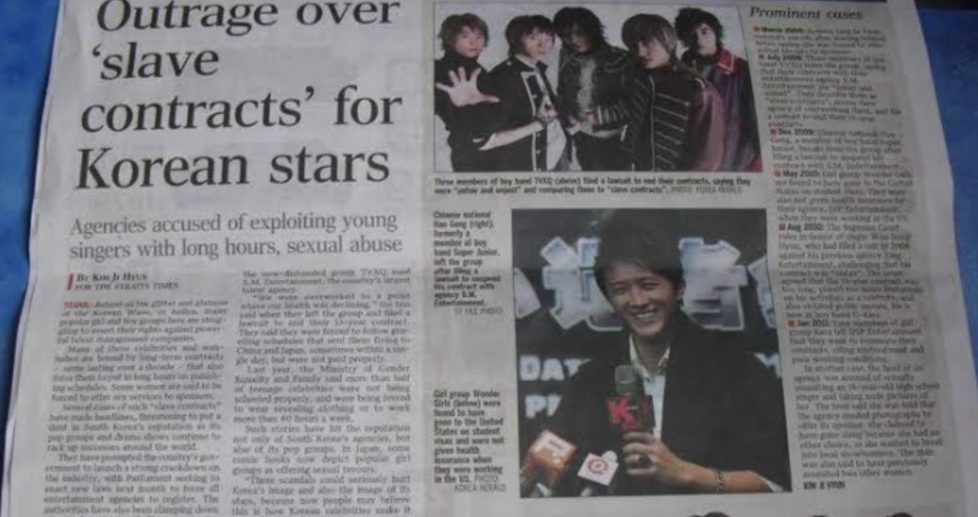 Newspaper scan for the ‘Slave Contracts.’

Talking about Slave Contract refers to a very unfair long-term agreement between the Kpop idols and their signed management agencies. Not With the name itself, it is quite degrading in terms of humanity. This is because the youngsters who dream of becoming idols often end up getting into debt with these agencies. Slave Contract is not limited only to this but also restricts them, the ‘trainees,’ to act in a specific manner, wear certain clothes, etc. Briefly, we may say that such contracts are quite controlling. This has been noticed mostly among the youngsters from the age group of 12-15 years, signing this Slave Contract and getting them into a trap. Not to mention that this exploitation process often continues for ten or more years.

Signing a Slave Contract, the youngsters are often treated as slaves. Talking about its consequences, to date, many people who fell into this Slave Contract trap ended up committing suicide. This includes Kpop idols like Sulli and Jonghyun. Talents are treated badly and are put under immense pressure, which is hard to bear. Some of the other consequences of signing a Slave Contract are reported to be mental health issues, problems in concentration management, etc.

These needed to be stopped. It’s good to see that the management agencies have now made progressive changes. They are reported to have taken a liberal approach in training these young stars who are aspiring to become the next Kpop idol. It’s always good to support individuals and help them achieve their dreams. But, the method should also be right.

Several years ago, more precisely in 2009, Slave Contract made headlines. It was the three-member boy group, TVXQ, who took their management agency, SM Entertainment, to court. They claimed that it was more than 13 years of their contract and still couldn’t make profits from their success. In the following year, SM Entertainment’s contracts got shortened to 7 years.