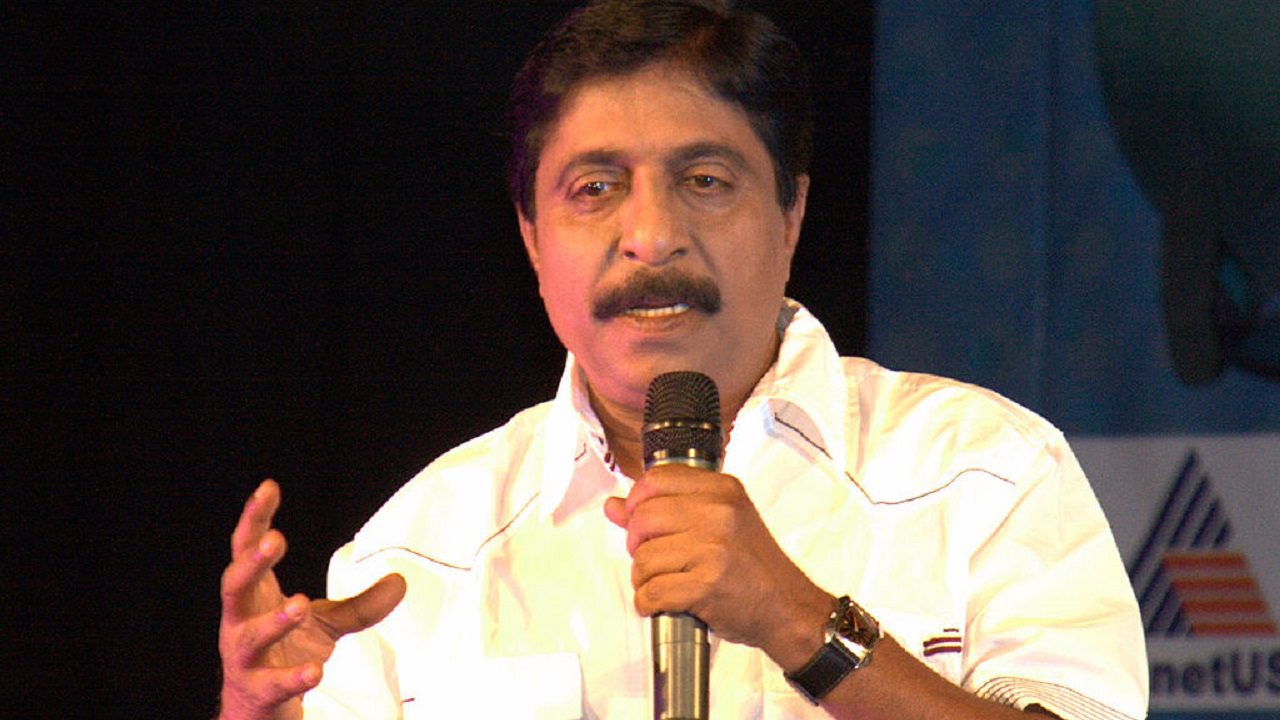 What Happened To Sreenivasan

Due to the actor’s hospitalization for health reasons, the question “What Happened To Sreenivasan Actor” is frequently searched online. In addition to being a fantastic actor, Sreenivasan is a talented screenwriter, dubbing artist, and director who primarily works in Malayalam cinema. He has appeared in over 225 feature films. He got his start in the entertainment business in the middle of the 1970s, thanks to the movie Manimuzhakkam by PA Backer. The gifted actor also experimented in screenwriting for the 1984 movie Odaruthammava Aalariyam, directed by Priyadarshan. His screenplays include Midhunam, Gandhinagar 2nd Street, Njan Prakashan, Varavelpu, Sandesham, and Oru Maravathoor Kanavu.

He is regarded as one of the top Malayalam film screenwriters and is renowned for his detailed and deep screenplays that take Kerala’s social and political climate into account. Sreenivasan’s debut film as a director,

Vadakkunokkiyanthram, won the 1989 Kerala State Award for the Best Film. For his 1998 movie Chinthavishtayaya Shyamala, he also received a National Award for the Best Film on Other Social Issues. Both of the nominated films’ scripts were written by him. Along with acting, the actor has co-produced movies like Katha Parayumpol and Thattathin Marayathu.

What Happened To Sreenivasan?

The famous Malayalam actor, Sreenivasan, was hospitalized at Apollo Adlux Hospital on March 30 due to cardiac issues. Listening to this, new people were worried about What Happened To Sreenivasan Actor. After doctors discovered three blood vessel obstructions in Sreenivasan, he underwent bypass surgery. Due to heart problems after the bypass surgery, Sreenivasan was then placed on a ventilator. Following surgery, he was placed in the intensive care unit (ICU). Later that week, as his saturation levels fell, he was placed on a ventilator with the least amount of support. 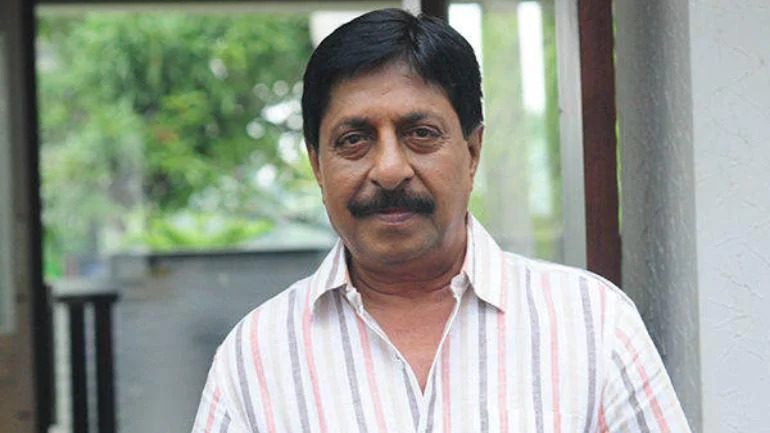 A week later, it was reported that the 66-year-old screenwriter was benefiting from the therapy. After that, he was taken off ventilator support, although he stayed in the ICU. The actor first felt the pain while he was visiting Lal Media Arts’ Edapally, Kochi studio. The 61-year-old spent a week in the hospital last year.

Sreenivasan was released from the hospital on April 20. The actor’s wife, Vimala thanked the medical professionals at Apollo Adlux Hospital after the hospital’s administration released a press release. She also expressed her thanks to everyone who had prayed for Sreenivasan’s health and quick recovery. She said that ever since he was admitted, she and her children were constantly praying for his well-being.

Also Read: Who Is Erin Molan Dating? Her Career and Personal Life

Sreenivasan was born on April 4, 1956, in the small village of Patyam, which is east of Thalassery in Kannur, northern Kerala. His mother, Lakshmi worked as a housewife, while his father, Unni, a schoolteacher, was an experienced Communist. His official education was completed at Pazhassi Raja N.S.S. College, Government High School, and Kathiroor. In 1977, he completed a diploma in film acting at the Film Chamber Institute in Madras, where Rajinikanth was a year older. He is a member of the Ezhava community, which is where many Indian freedom fighters were born.

After completing an acting study at the Film Chamber Institute, Sreenivasan made his acting debut in the 1977 P.A. Backer film Chuchumani. He received coaching from A. Prabhakaran, who was the vice principal at the time and later handed him a role in his film Mela at the film institute. After playing a few movie roles, he wrote his first screenplay for Oodarathuammava Aalariyam in 1984. His most well-known films as an actor and screenwriter are Gandhinagar 2nd Street, Nadodikkattu, and its two sequels, Chinthavishtayaya Shyamala, Vadakku Nooki Yanthram, and Chithram. 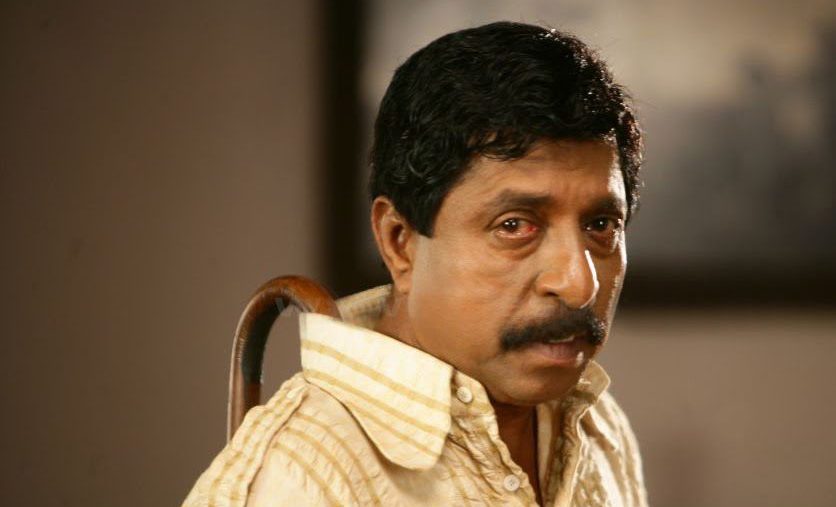 Sreenivasan frequently addresses social issues in his films, though usually in a humorous way. His commercially successful movies include Vellanakaludey Naadu, Varavelpu, and Sandesham. Most of his writing is sarcastic, and he frequently criticizes things like police brutality, pulp fiction, and unproductive labor organizations in his caustic and amusing lines.

Sreenivasan’s films are known for their strong character development, sharp dialogue (typically delivered with a deadpan attitude), and self-deprecating humor. His writing frequently parodies himself, usually his own unattractive appearances, and it has become customary in scenes with co-star Mohanlal.

His well-known films, such as Chinthavishtayaya Shyamala and Vadakku Nokki Yanthram, have received praise from both critics and the general audience for their superb depictions of human characters. His comedies were well-known, and some of them, including Aram + Aram = Kinnaram and Chitram, was financially successful and left a lasting impression on audiences.

In addition to being incomprehensible to South Keralites who often speak literary Malayalam, Sreenivasan is the only Malayalam script and dialogue writer to have depicted North Keralite slang in films, particularly that of Tellicherry. He appeared in Valiya Lokavum Cheriya Sreeniyum, a well-liked weekly loser’s special Tv show on Kairali TV. Vineeth Sreenivasan, his son, is a well-known Malayalam singer.

Also Read: The Big Chill Filming Locations: Where is the Movie Shot?