The build-up to One Piece Chapter 1000 is almost over as now we are left with just a few weeks for the manga chapter to arrive. It’s likely that the manga’s 1000th chapter will bring in some interesting plot development as the Onigashima raid against Kaido starts to heat up. The latest manga spoilers have revealed major updates towards the build-up to the 1000th chapter and also touched upon the updates for One Piece chapter 999. The manga upcoming chapter is revealed to be containing color spreads and magazine covers in the upcoming WSJ issues. The scans for chapter 1000 will also be released early later this month as chapter 1000 will return after a one week break for January next year.

One Piece chapter 998 will be officially released over this weekend and the full spoilers, which we will be looking at later on. The latest developments in the manga saw some new powers revealed for the beast pirates as they are now prepared to go full powers in the raid. Marco has made his appearance and Big Mom rushes up to the top floor to join in Kaido against the scabbard. They are already exhausted as they are and are on the brink of destruction as Luffy rushes to make his appearance. Sanji seems to be stuck so he won’t be joining on in the big fight anytime soon. Let’s take a look at more updates for the manga upcoming chapters below.

One Piece chapter 999 will be released on Sunday, 20 December 2020. As usual, the manga continues without a break again for the upcoming manga chapters. Although it is likely that there might be an upcoming WSJ break soon. Probably before the release of chapter 1000. Let’s take a look at the latest developments from One Piece chapter 998 Spoilers below 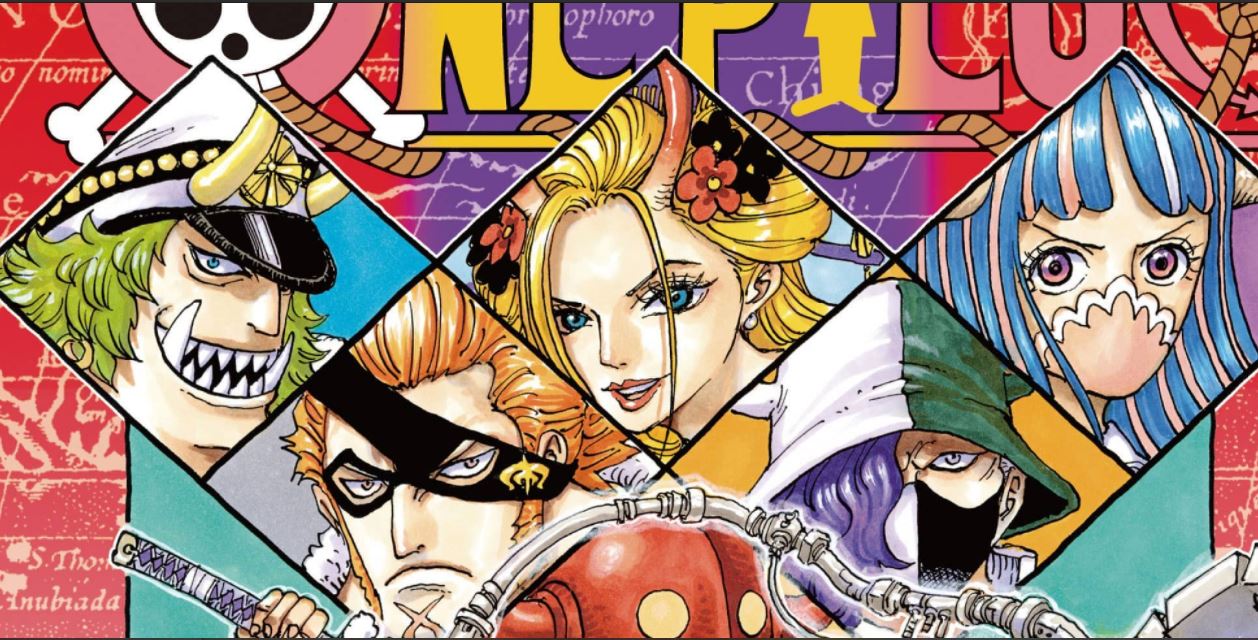 The chapter is titled “Ancient Model/Zoan”

On the cover, Enel is listening to music while is lying on a huge fat cat.

Kaidou’s men are shocked to see that their captain has the ability to lift the entire island.

In the Live Floor, Marco burns Chopper with his blue flames. The flames are not hot but they help to slow down the Koorioni. Miyagi (goat Mink doctor) and Tristan (squirrel Mink nurse) will help Chopper create an antidote.

In an awesome double spread, Marco uses his firepower to cover the entire room. The flames help to accelerate everyone’s body heat and slow down the Koorioni. Chopper uses this chance to create an antidote. Marco offers to take the Mugiwara Pirates to Onigashima’s roof. The yakuza will help to protect Chopper from Kaidou’s men while he makes medicine.

Injured Apoo gets up and tries to take the antibody back but X Drake transforms into Allosaurus (it’s the first time we see him in full form, cool spikes on the back of his body). Then he grabs Apoo with his mouth and stops him. X Drake will stay on the Live Floor and will help to protect Chopper too.

Luffy and Jinbe reach the 4th floor of Onigashima. It seems there are many strong enemies on this floor, so Jinbe says to Luffy he will stay on the 4th floor while Luffy goes ahead by himself. Jinbe adds.

Jinbe: “Maybe Sanji sensed a strong enemy and went to stop him.”

Luffy: “I see. My observation Haki isn’t good enough then.”

Sasaki Vs. Franky. In another huge double spread, Sasaki transforms, he’s the user of the Ryu Ryu no Mi, Model: Triceratops.

Sanji is running around the 3rd floor, he’s unable to fight since his enemies are all women. Black Maria transforms into a giant spider, she’s the user of the Kumo Kumo no Mi, Model: Rosamygale grauvogeli. We can see Black Maria hanging upside down from the ceiling in a huge spread, her upper body is human but her lower body is a spider. Sanji asks if he’s in Heaven because there are only women in the room.

Back to the 4th floor, it’s called “Cat Cafe”. Jinbe is facing Who’s Who and his entire crew (the crew is cat-themed). Who’s Who transforms too, he’s the user of the Neko Neko no Mi, Model: Saber-toothed tiger.

Who’s Who calls Jinbe “former Shichibukai”. Jinbe says he’s the helmsman of Mugiwara Pirates now and tells Who’s Who to use the title with more value to it.

Who’s Who: “Oh, sorry about that. It’s just that I had a chance to see you when you were still a Shichibukai.”

In another fantastic double spread, we can see Ulti and Page One in dinosaur form. They are bursting through walls together searching for Nami and Usopp. Hihimaru (the baboon) was already beaten.

Cut to Onigashima’s storeroom. Yamato and Momonosuke are hiding near a huge dragon statue. The dragon’s face is deformed as if it has been punched by something really hot. Momonosuke asks what is this.

Yamato explains that this statue uses to be placed at the entrance of the island, but “her friend” destroyed it, so it was thrown away here.

Yamato: “Yes. A guy who came here to kill my father many years ago.”

In the background, we see the flame and Ace’s silhouette…

There will be no break next week!

It seems like WSJ issues 5-6 will have the largest poster for the series in Shonen Jump History!

We have managed to get these early spoilers thanks to World Government, courtesy of Redon.

You will be able to read the latest One Piece manga online when they are released, usually on Sundays late. The latest three chapters of the manga are available for free on the VIZ media official website and Manga Plus. You can also get them on their respective apps for smartphones. So make sure you use these official sources to read your manga as this will highly support the manga creators.