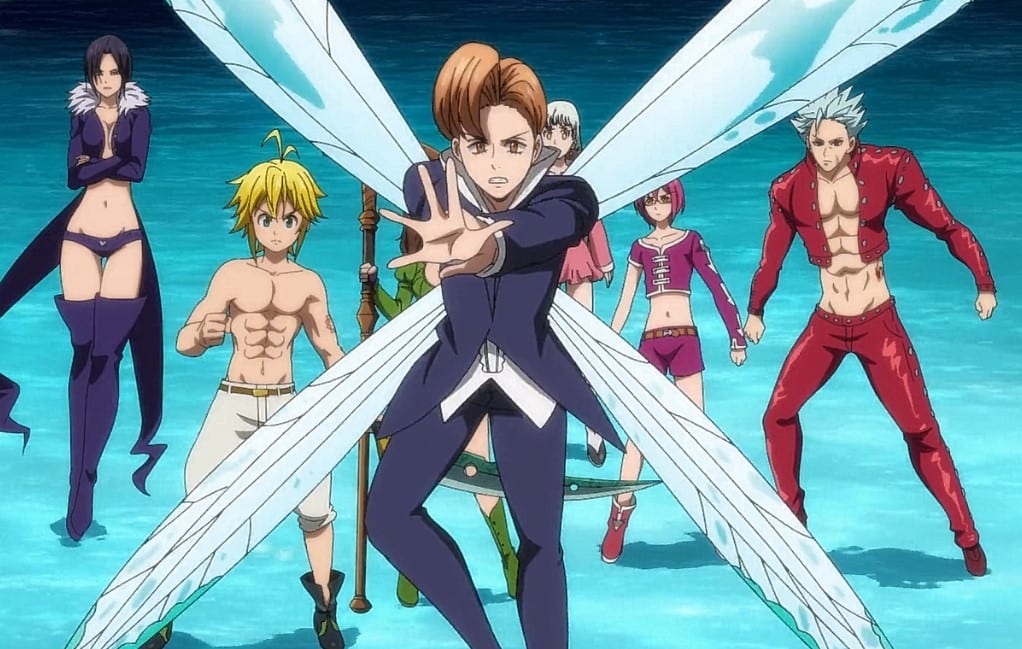 The Seven Deadly Sins has entered the Final Battle where Meliodas has to save his brother Zeldris. The rest of the Sins were clashing with Indura, and Escanor was fighting for his life. Mael steps up and helps Escanor defeat Indura. For the second time, Escanor receives the Grace of the Sunshine. Meanwhile, Meliodas and Elizabeth are fighting against the Demon King to save Zeldris. He was fighting at a disadvantage, but the rest of the Sins arrives. Ban comments that The Seven Deadly Sins have seven rules.

He reminds Meliodas about rule number seven of working together as a team. Meliodas comments that this is a family matter, and they can leave this to him. Ban asks Meliodas if he has come back from Purgatory to commit suicide with the princess. But he reminds him that he came back to live his life with the princess. Diane comments that they are friends and he must rely on them. King adds they are hoping for a happy ending. Meliodas told them he is debt as a symbol that he is allowing them to fight alongside him.

The episode is titled The Voice Calling Your Name. The Demon King has transformed into another form. The Demon King’s dark powers swallow Zeldris’s appearance. He comments that ”I am Death, I am Fear, and I am God (Kami).” Merlin told Gowther that they are keeping the Demon King busy. The Demon King realizes that the Seven Deadly Sins wasn’t Gowther to get inside his mind and free Zeldris. He attacks with a few slashes before they start with their plan. Ban, Meliodas, and King block all the slashes.

Meliodas exchange sword slashes with the Demon King. Escanor comments the Seven Deadly Sins are the heroes who have seven wounds carved into their hearts. He also talks about their pride, their bond, and their strength. The Sins were surprised where the voice is coming from. But when they look up, they notice that it is Escanor in his full form. After the smoke is cleared, Escanor is blocking the Demon King’s sword with his bare arm. The Demon King was like, who the hell is this guy.

He wonders where did this guy come from, and Mael also arrives. Mael told Escarnor that the fate of the world rests on his shoulders. Meliodas reminds Escanor about what will happen if he uses Sunshine with that body again. When he wants to answer, the Demon King punches him and realizes that this is not the time to talk. Escanor attacks with Holy Spear Escanor. The Demon King block the attack with Prison Gate. Escanor manages to push the Demon King by smacking him with Holy Spear Escarnor.

He comments that the killing of God will give glory to the end of his life, and there I no better fight than this one. Diane wonders what Escanor is talking about since he mentions the end of life. Escanor comments that before he accidentally defeats the Demon King, Gowther and Captain must hurry and save Zeldris. The Demon King wonders what Escanor is trying to say. Gowther unleashes Twin Bow Harlit: Invasion and enters the Purgatory.

They have managed to find the Zeldris and face the true version of the Demon King inside Purgatory. Meanwhile, Diane uses Giant Clan Dance to counter the Demon King. The Demon King comments that a mere little Giant girl can’t defeat him. Escarnor lights his body with Sunshine and points to the Demon King that it is High Noon.