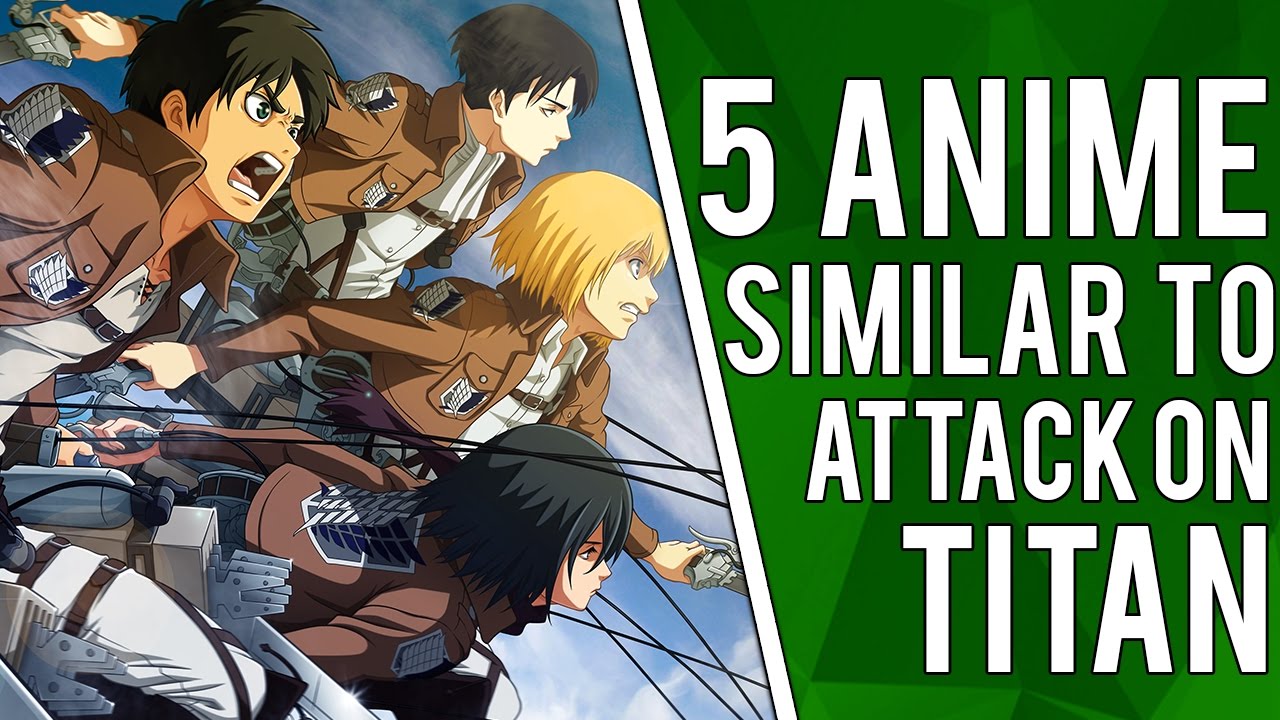 Tokyo Ghoul is a dark fantasy and brutal show which has been set up in Tokyo. Ghouls are creatures who survive on human flesh and look like humans from appearance. The main character of the show is a semi ghoul who died and was brought back to life by transplanting a ghoul’s organ. Tons of ghouls run around the city in human appearance and the main lead along with its comrades hunt and save the city. The show consists of 24 episodes and is available on Netflix. Tokyo Ghoul is produced by Studio Pierrot and is rated 7.9 on IMDB.

If you are a fan of the attack on titan you will surely love this show. Demon Slayer is a dark fantasy show launched in the year 2016. The storyline has been set up in the year 1912-1926. just Like the survey corps soldiers on the attack on titan hunt for the titans in demon slayer they hunt for the demons. The characters on the show are exceptionally well. The show consists of 26 episodes and has been produced by Ufotable. Demon Slayer is rated 8.7 on IMDB.

Just like the attack on titans claymore too is a brutal show to watch. The show has a storyline that consists of humans that have been plagued and they become shapeshifter beasts that feed on humans. The beasts are called as yoma and an organization is formed to fight against the yoma beasts. The storyline might remind you of Attack on Titan. The show consists of 26 episodes and has been produced by Nippon Television. The show has been rated 8 on IMDB.

Gantz is a show that you will surely love to watch. The story is about two high school friends Kei Kurono and Masaru Kato who die while saving a man. After the two friends die they find themselves in a game stuck inside an apartment along with other people who died recently. A black hole in the room from which random texts come out and order to hunt aliens. The incredible storyline is what you will surely love to watch. The show is produced by Digital Frontier and consists of 26 episodes. Gantz is rated 7.2 on IMDB.

Kabaneri Of The Iron Fortress

The show is the main theme just like the attack on titans no wonder the same studio is behind both the shows. Kabaneri of the iron fortress’s story revolves around the creatures called “kabane” who are infected and survive on human flesh. There are two main characters on the show out of which one is infected, just like Eren Jaeger on the attack on titan making them more powerful among others. The show consists of about 12 episodes and has been produced by Wit Studios. Kabaneri Of The Iron Fortress is rated 7.2on IMDB.