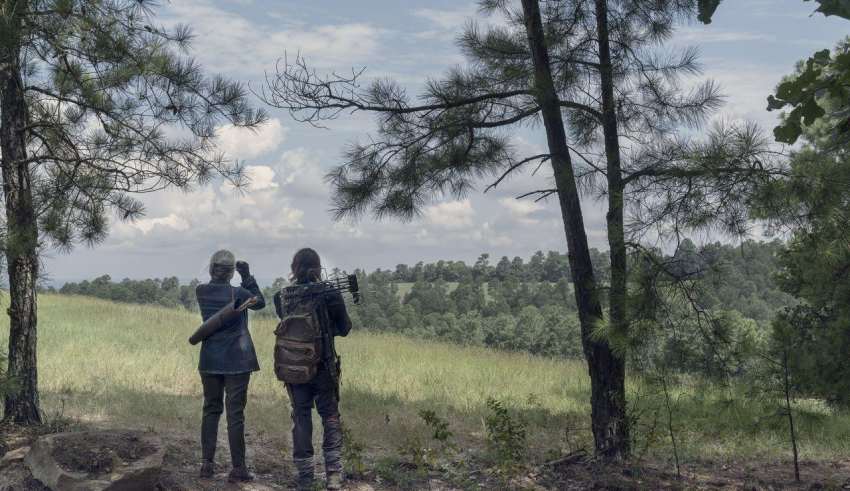 Previous night’s The Walking Dead was another length saga of zombies and their survival. In another hour, a lot happened. First of all, we got a glimpse of the snowballing conflict between the survivors and the Whisperers. It was about the main characters of the show, trying to look for the Whisperers.

As you may know, Negan has been captured, and it is revealed that he has been taken to Alpha and Beta. We then got a glimpse of Carol and Daryl as they are off hunting, and guess what? Alpha’s heard of walkers!

Before we go any further, these are all the essential details on The Walking Dead, Season 10, Episode 6:

According to the official synopsis, the episode will deal with Carol and Daryl as they embark on a mission together. Siddiq will struggle to solve a mystery.

Alright, with that out of our way, let’s discuss the rest. When we saw Negan, we were blown by how much the guy has developed in terms of his character. The former Savior leader was a hated character. But not anymore. He is such likable being now and has started to grow on fans. He has turned from this annoying character to someone who has a lot of empathy for the downtrodden. As Negan has ventured into Whisperer territory, let’s hope it brings about a change in the show’s narration.

As Beta returns to tell Alpha that the same old weirdo Negan isn’t strong enough, it is almost comical how Negan shows up in blood and guts, with this bat! As he kneels before Alpha, she sniffs at him and says, “Shhhh…”

The next interesting part concerns Carol and Daryl. Carol doesn’t speak the truth about what she’s doing and telling Daryl that she’s actually hunting down Alpha’s herd. We get it; it is the only way. But of course, Daryl will not trust her. As she goes to the woodland ladies’ room, he rummages through her bag in the hopes of finding a gun. She does ask him if he found what he was looking for. Awkward.

So far, Season 10 has been amazing when we talk in terms of character development. It feels like Season 10 is preparing for an all-out war.

The Walking Dead airs on Mondays at 9 pm on FOX in the UK. You may catch up on the show via Now TV. In the US, the show airs on Sundays at 9/8c on AMC.

One Piece Anime Reveals The Secret Of Kin’emon And Momonosuke