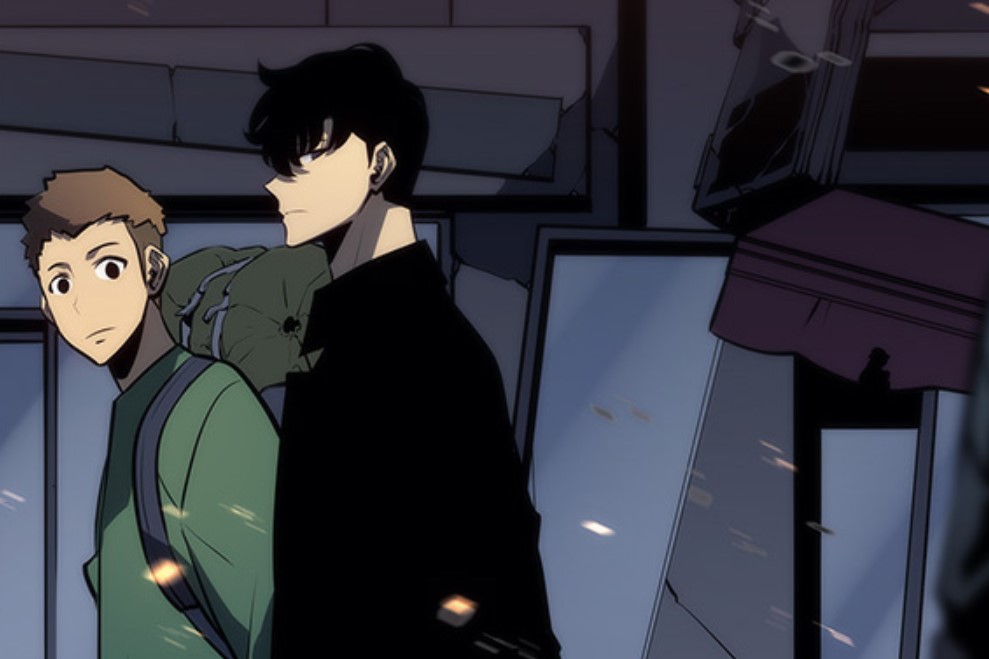 Previously in the Manhwa Solo Leveling Season 2, It has been revealed that Nagoya, Nakatsuya, Takayama, Nagano, and Shizuoka have been recovered. Inside the building, one of the reporters is surprised, wondering who save those cities. He realizes he met with a powerful hunter earlier at the airport. That hunter has is different from others. His power is incomparable to other hunters, and he is the one responsible for saving those cities.

Meanwhile, Sung Jin-Woo arrives at the conference, and the reporters were waiting for him. They welcomed him with the flashes of camera and questions. That reporter realizes when they talk about Sung Jin-Woo that he would not defeat the Giant monsters alone. He recalls when they wanted to call for back up while Sung Jin-Woo buys them time. The reporters also remember when he told Sung Jin-Woo to hold them monsters while negotiating with other countries.

Solo Leveling Season 2 Chapter 136 will be released on Thursday, 21 January 2021. New updates and chapters of this Manga are available every Thursday. You can get the latest updates of the previous chapter using the following link Solo Leveling Season 2, Chapter 135. The next chapter’s spoilers are not yet available; you can look at the following recap and ways to read this Manga below. 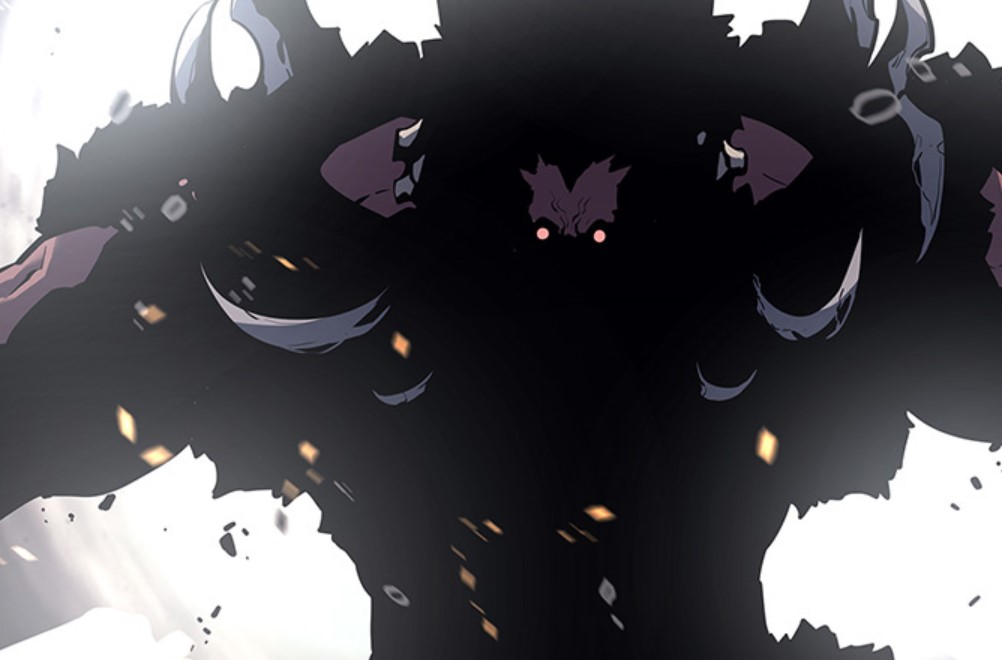 Sung Jin-Woo refuses, and the guy asks why. He replies that he can work things his way. Only Sung Jin-Woo knows that he was trying to save people without letting others getting in his way, which might also make them get hurt. The reporters realize that he was wrong to doubt Sung Jin-Woo, and he defeated the giant monsters before they even realize it. The guy thinks that what Jin Woo is doing now is what he was going to do.

Back to the present. Sung Jin Woo is clashing with another army of power giant monsters he talks with his summons. He pints them, telling them that the first one is that until the last one. One of his summonses praises him, saying that my king has defeated another one. While Yoo Jin-Ho built a camp and Sung Jin-Woo tells him to talk with the soldiers. He reveals that he will be using his shadow exchange to look around while the soldiers get ready without him.

Sng Jin-Wo realizes that the problem was more dungeon breaks have occurred all over Japan. It happened because of the S-Rank dungeon break, and the lower-tier monsters were dominating the cities. The giants also manage to dominate and take advantage of low tier monsters. The evacuation of civilians was a slowdown, but it was successful. It is the 7th night of the dungeon break. Sung Jin-Woo is walking in the street with Yoo Jin-Ho.

Everything in the city is destroyed; some of the buildings have been crashed and sliced into halves. The cars are beyond repair, and many businesses, facilities, shops, and restaurants have been destroyed to ashes. Yoo Jin-Hoo calls Sung Jin-Woo Hyungnim, and h told him that the place is in total ruins. While they are still walking, Sung Jin-Woo heard a voice saying, you have come. When he looks at the direction that the voice is coming from, he finds that it is Hanekawa. 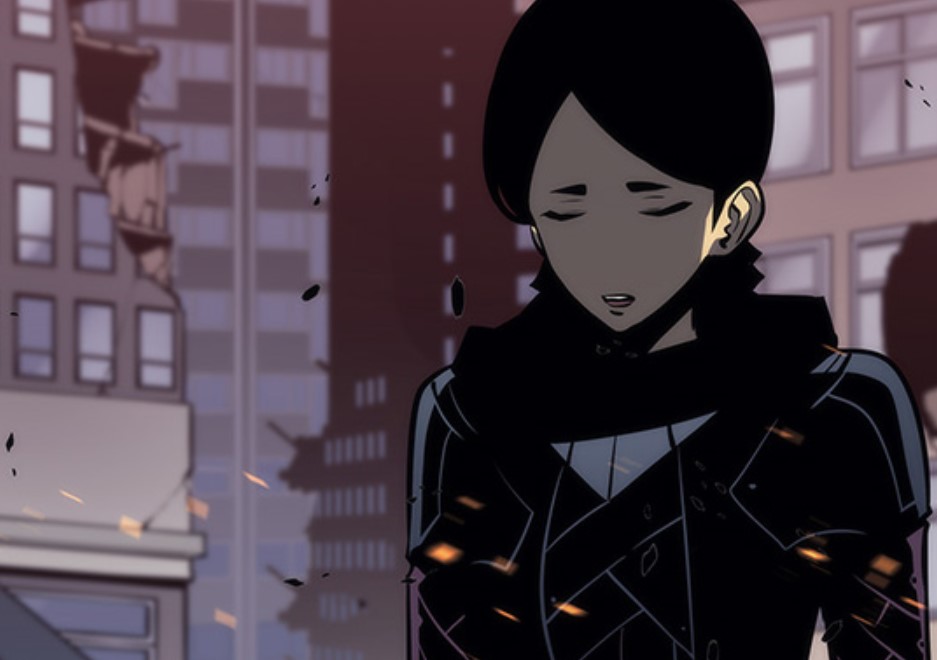 Sung Jin-Woo asks her if there are other Hunters around here, and she replied that it is only her here in Tokyo. Hanekawa reveals that they do not even know the number of death that has taken place in Tokyo. The giants have moved in armies to other parts of Japan. She also said that the total number of S-Rank hunters that have been dispatched is 16. There are six Japanese, two Chinese, three Canadian, two Indian, and one from Rusia and United Kingdom.

That makes six groups in total by guilds, and Yuri Orloff from Rusia is just injured. Hnazawa Kouki from the Black Hole Guild and Lucas Hoyle, who is from Canada. Hanekawa also said that the giants are moving in numbers, which makes it more challenging to take them down than an A-Rank Gate’s Boss. Sung Jin-Woo calculated everything and realizes that more A-Ranks has died. Now 31 giants are wandering around, and one of them is crossing the sea to China. Hnekwa said that there is no enough hunter for them to protect the whole of Japan.

She thanks him for taking most of the giants down, and Sung Ji-Woo shadows are defeating the remaining ones. Sung Jin-Woo looks at a distance and notices the mighty one that looks like it is the boss of giants. He comments that this might be the last one. He recalls that he has seen everything that is happening now somewhere when he is still looking. The last giant starts to burn the city with its flames, and Sung Jin-Woo said it reminds him of the Demon Castle.

Sung Jin-Woo started wondering what the Architect wanted to tell him, but the Architect is dead, and there was no rumor about his real body or anything. Sng Jin-Woo said he has to stop the worst from happening. The summons comes back, and the A-Rank hunters also show up. The battle continues, but the A-Rank hunters are worried that they are competing with the summons.

You can read the latest new chapters of Solo Leveling Season 2 on Kakao Page Magazine. Since there is no official way to read this Manhwa/Mangaor website, We advise you to buy a Magazine that helps to support the creator.