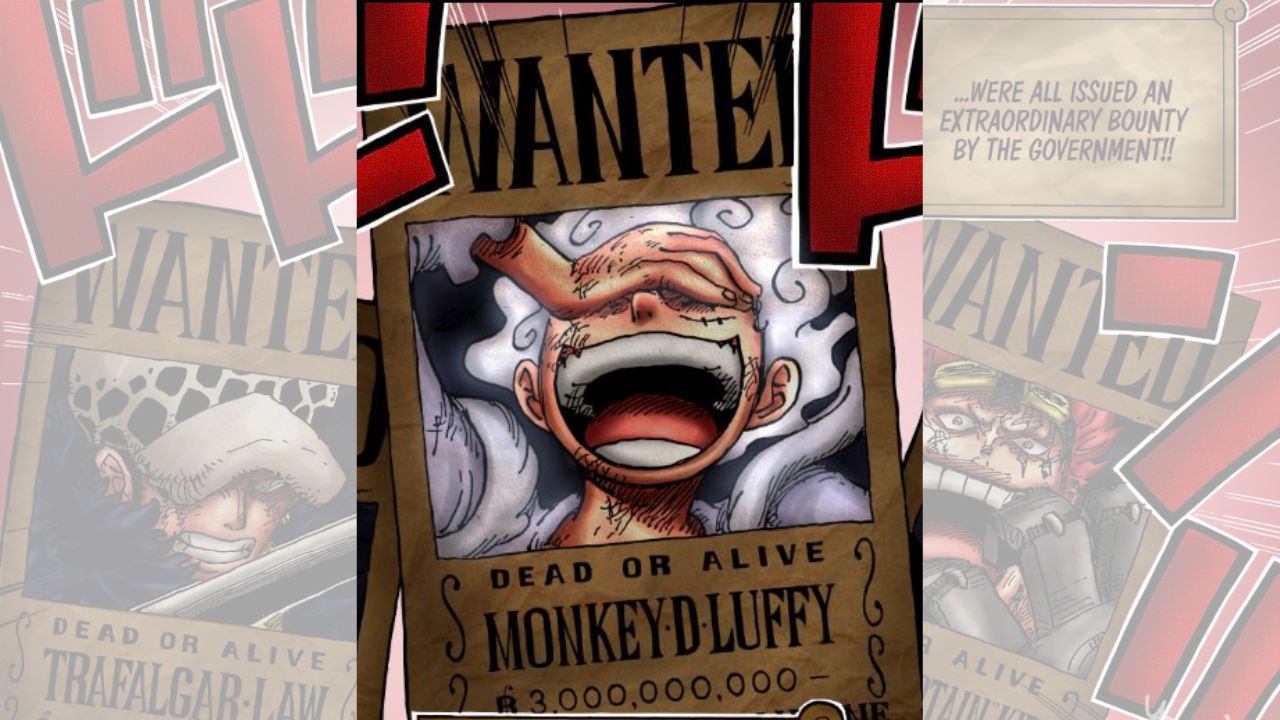 What Does Luffy's New Bounty Indicate?

Have you ever wondered what Luffy’s New Bounty indicates? Well, in this article, we shall find the meaning behind Luffy’s New Bounty. One Piece Manga has been on a roll ever since Luffy’s gear 5 and awakening came to light. What made the hype, even more, was the announcement by our one on only Eiichiro Oda, who penned the amazing One Piece fantasy story.

On 7th June, he announced that he would be taking a break for a month for the “preparation of the final Saga”. However, we got two chapters before One Piece went on a break. And we are glad to say that until we get new One Piece chapters, we have a lot to discuss before One Piece is back.

Since chapter 1052 was released, fans went crazy after knowing Greenbull Aka Ryokugyu was on his way to Wano. On top of that, the One Piece Chapter 1052 also hinted at not only Luffy’s new bounty but every other straw hat and other worst generation pirates’ bounties. And in chapter 1053 of One Piece, it was revealed that Luffy’s New Bounty is 3 Billion berries alongside Kid and Law. In addition to that, Luffy has also deemed the new emperor of the seas alongside a shocking candidate, “Buggy the Clown”.

After learning that Luffy’s New Bounty was only 3 billion berries when he defeated Kaido, who had a bounty of 4.6 Billion Berries, many fans were disappointed. However, we are here to tell you that this is a good sign. In this post, we will explain why Luffy’s New Bounty is 3 Billion berries and why it indicates something good for the One Piece fans. So without any further ado, let’s get into our theory.

Why Is Luffy’s New Bounty Alongside Law And Kid’s 3 Billion Berries Each?

This is the question most One Piece manga readers would like to know. A lot of fans were upset and curious to know why Luffy’s new bounty is the same as Kid and Law and why it is lower than Kaido’s if he defeated him. The questions asked by the fans are genuine and make sense because up until now, whenever Luffy defeated his major opponents, his bounty raised higher than before. Luffy’s last bounty was raised to 1.5 Billion berries when he defeated Katakuri, who had a bounty of 1.05 Billion Berries. According to this logic, Luffy’s new bounty should have been around between 4.5 to 5 Billion Berries when he defeated Kaido. 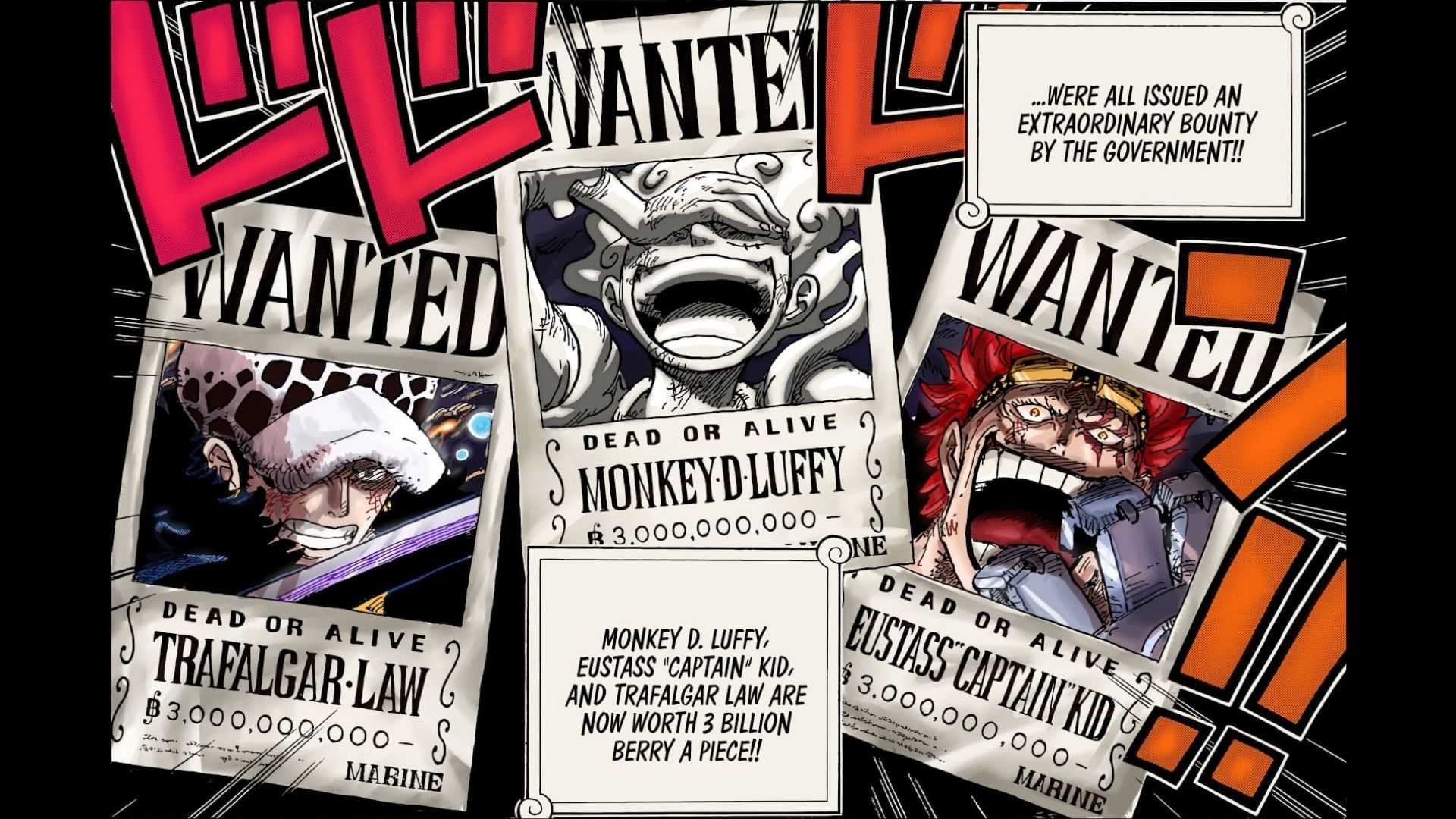 However, it seems like the defeat of the two emperors was seen as an act of alliance with three captains, Luffy, Law, and Kid, as the head of the raid by the government and the world. And since the World Government is responsible for placing bounties, they placed an equal bounty on the three captains that are approximately the sum of the Kaido and Big Mom, the fallen emperor’s bounty.

Kaido and Big Mom’s sum of bounty is 4.99 Billion Berries. Now that Big Mom and Kaido are fallen and presumably dead, their bounties have no value. So, we assume the world government, with almost 9 Billion Berries to spare, placed bounties of three billion berries each on the captains that were in charge of the raid on Onigashima.

What Does Luffy’s New Bounty Indicate? 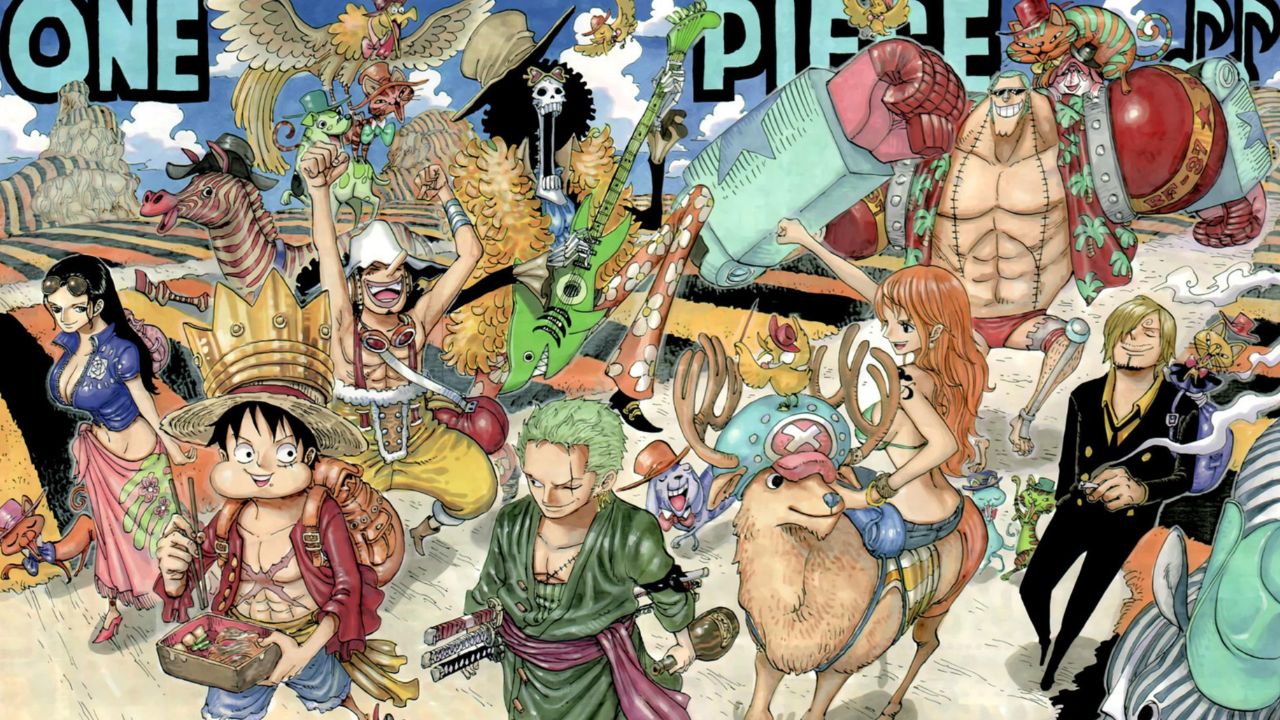 How? Well, as we know that Luffy is eventually going to be the King of Pirates, then his last bounty will be higher than anyone before, maybe even higher than Gol D Roger’s. So, our main character still has a place to grow, which means, One Piece itself has a lot to narrate. In each arc, we will see Luffy’s new bounty get higher than before. So, Luffy’s New Bounty indicates that One Piece won’t be ending soon, and we will see new stories for a while. Oda’s meaning of Saga does mean it will have multiple arcs.