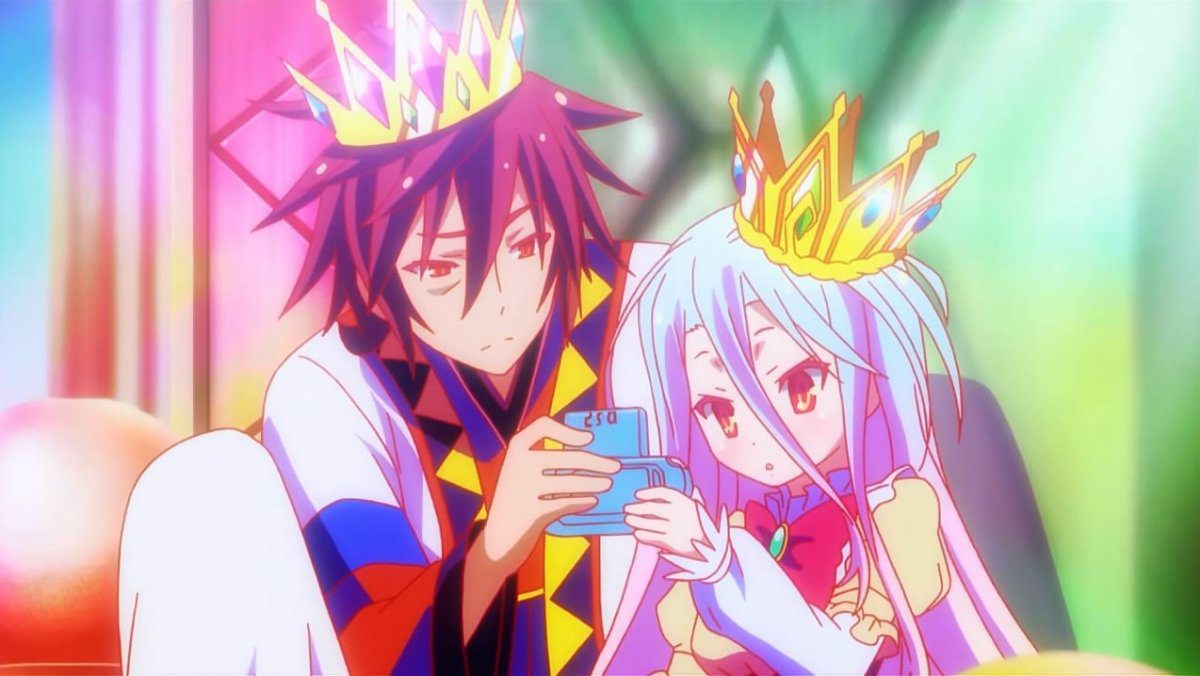 Short Anime is good for new anime fans who watch animes for the first time. We have tons of the best short Anime suitable for beginners who want to dive into the anime world. These short animes help the new fans understand more about them since some might give up on Anime after knowing they have to watch long episodes. Most short animes have a running time of nine m minutes or less than fifteen minutes. We will discuss short animes such as rom-com, action, adventure, and many more.

To Be Hero is one of the best short Anime for beginners. This Anime has 12 episodes that run for nine minutes. This short Anime with the best scenes a new anime fan can enjoy watching. It is a story of a handsome guy who got divorced and was left with his daughter. The Hero is a “bad daddy” struggling while working as a toilet seat designer. One day he finds himself in trouble when he is sucked into the toilet seat and is tasked with saving the Earth. The daughter’s father realizes that being a superhero is a big job. He transforms into an ugly dude and gains a superpower, and his daughter Min joins him to save the Earth. This reveals the Era of Three Kingdoms, where the land was a place of eternal war. Yoshi is a young student who hates the war that happens in history but has a weird dream. Yoshi wakes up in a dream, and mysterious things keep on happening one after another. He ends up meeting with a mysterious general from the Romance of the Three Kingdoms, Gien, who wants to kill him. Before Gien’s blade strikes him, a beautiful stranger lady appears in front of Sonshin. The battle between a strange lady and the general of the Three Kingdoms begins as Sonshi waits for his trial. 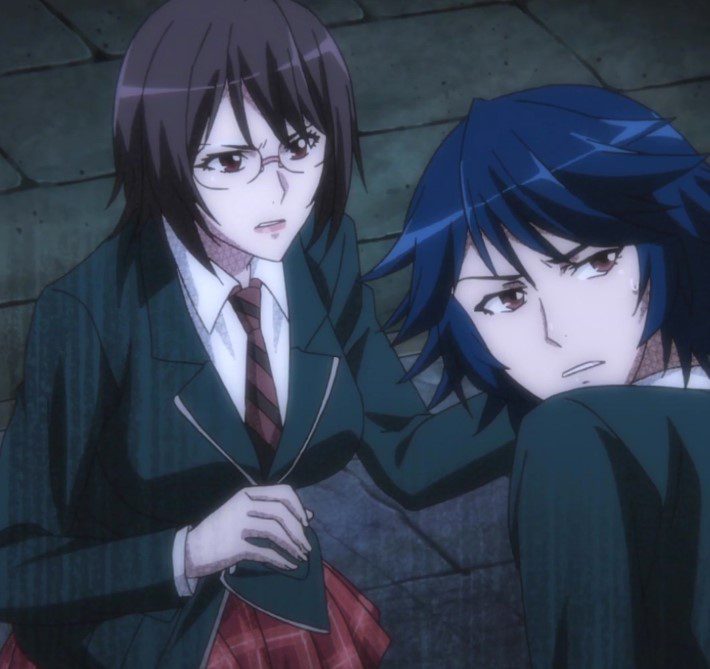 FLCL Progressive is short Anime with six episodes. This Anime is an action-comedy that reveals the story of  Naota and Haruhara Haruko, who spent many years without going on adventures. The battle between the two, Medical Mechanica and Fraternity, begins across the galaxy. Hidomi is a teenage girl who believes that her life is more special than everything else. However, a new teacher, Haruko, arrives at Hidomi’s school one day. Later Medical Mechanica attacks Haruko’s town, and Hidomi learns a secret that could save everyone, and only Haruko can unlock that secret. But there is a reason for Haruko’s return to Earth. 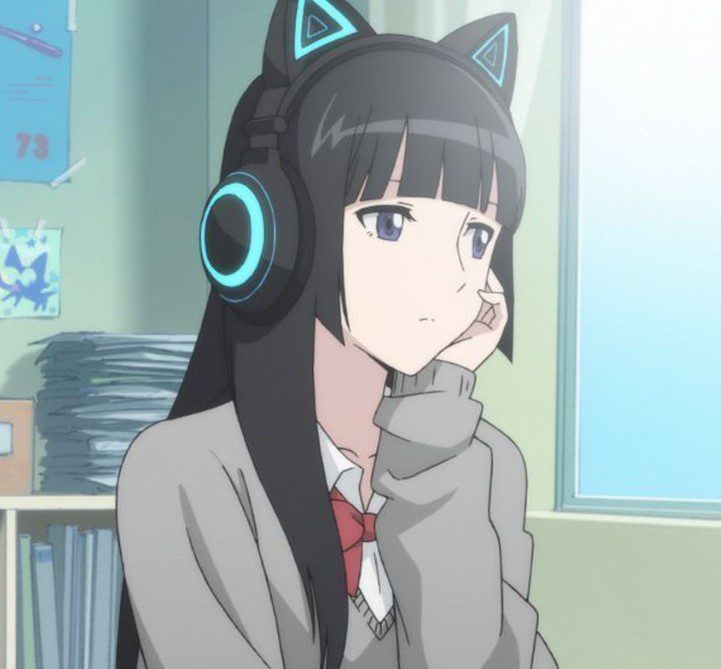 This is one of the shortest comedy anime with the shortest running time. Show By Rock Short reveals the return of Plasmagica ladies with the other bands from Show By Rock. The daily life of rock stars became interesting as the girls performed shows in different stages. The girls enjoy practicing and spending time together. But as stardoms, they begin to stumble upon ups and downs. On the other hand, the rowdy boys of ShinganCrimsonz didn’t sit quite. The Tatami Galaxy is another best short anime suitable for beginners. This is the story of an unknown third-year college student in Kyoto, Japan. The boy believes that going to a club is a waste of time, and he encounters Ozu, who encourages him and sets him on a mission of dubious morality. The boy also saw a second-year student who is doing engineering, Akashi. He promises Akashi something special through a romantic subtext. But his mission interferes with Akashi and the relationship they have. No Game, No Life

No Game, No Life is the best action comedy adventure anime that also involves supernatural powers. This is the story of NEETs and Hikikomoris, but there is a genius siblings gamer on the internet called Sora and Shiro. The duo has never faced defeat, and they are game experts. Sora and Shiro have become famous for their skill and talent, earning them the title of Urban Legends. But they were challenged when a mysterious guy named Teto revealed that he was the “One’s Lord.” 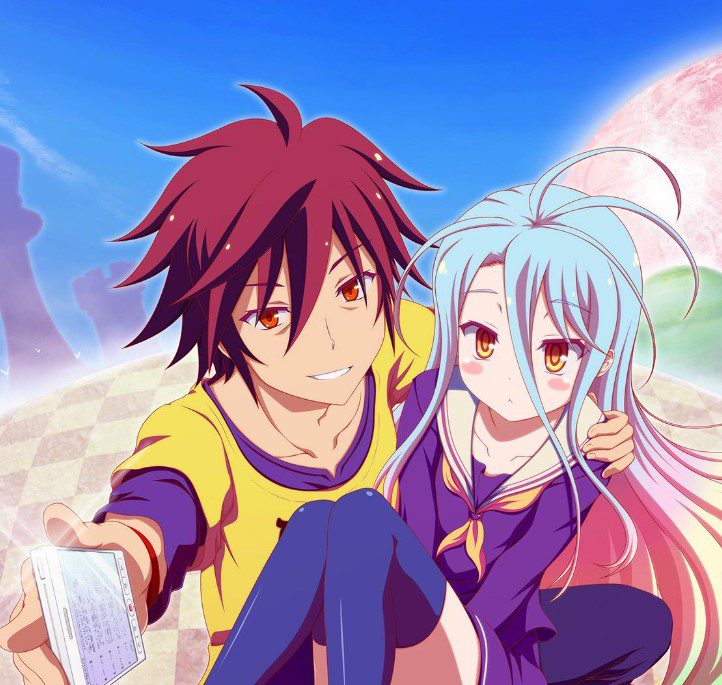 No Game, No Life

Nono is a waitress who keeps on messing up, but she has dreamed of becoming a space pilot. Nono was wandering alone and encountered a member of the elite psychic pilot team known as “Topless.” Lal’C Melk Mark changed Nono’s life, but the mysterious space monsters appeared and invaded Mars while causing havoc. However, Lal’C realizes he has to save the world and calls out her Buster Machine codenamed “Dix-Neuf” to stop the threat. The great war begins with Space Monsters, and Lal’C is surprised when she witnesses Nono using super-strength to help Dix-Neuf destroy Space Monsters. After the battle, Nono Nono becomes Lal’C partner and believes that her dream of becoming a space pilot will become a reality once she becomes a member of Topless.

This is a comedy story for a student named Koyomi Araragi who realizes that the summer vacation is over and the bee apparition is gone. She and the other girls started a new trimester and apparitions. But the girls didn’t know the scary mysteries that awaited them in the darkness. Tsubasa Hanekawa, Suruga Kanbaru, Mayoi Hachikuji, Nadeko Sengoku, Hitagi Senjyogahara, and Shinobu Oshino join hand to solve mysteries, and they end up making confession and farewells. One day Koyomi Araragi finished his studies for college entrance exams and decided to take a shower. This happened after the mysterious incident that involved Nadeko Sengoku. Koyomi realizes that his body has started to change and wonders what is happening since he can look at it again. He visited Shinobu and asked for help, but Shinobu went to Yozuru Kagenui and Yotsugi Ononoki to get help. Koyomi never knew what had caused the change in his body, but the truth will be revealed soon. 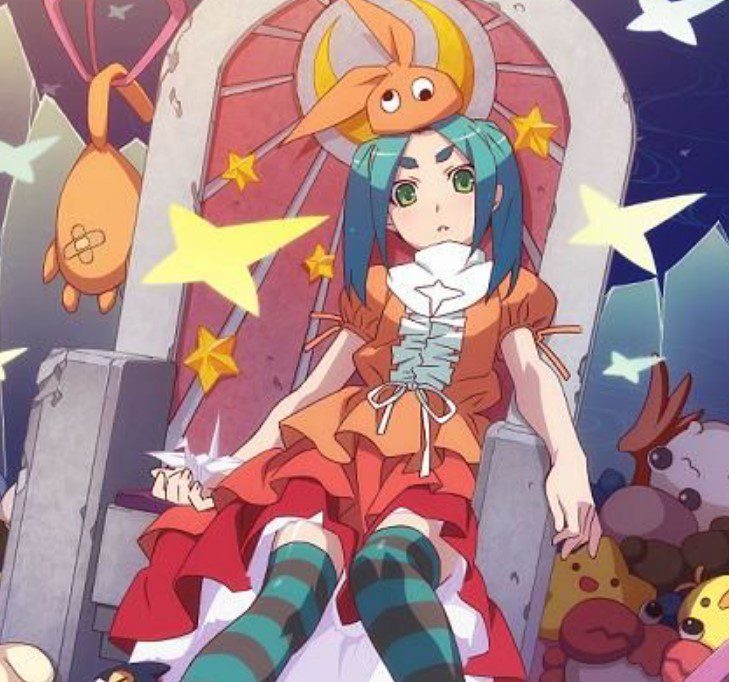 A Place Further Than The Universe

This is an interesting story of girls who love to travel, and one day during their journey, they find some bits and pieces that they forget at some point. They enjoy spending time in cold areas and meeting different animals in cold environments. They also arrive at the primordial lands beyond the great oceans, far removed from civilization. The four girls have non-other things than traveling. 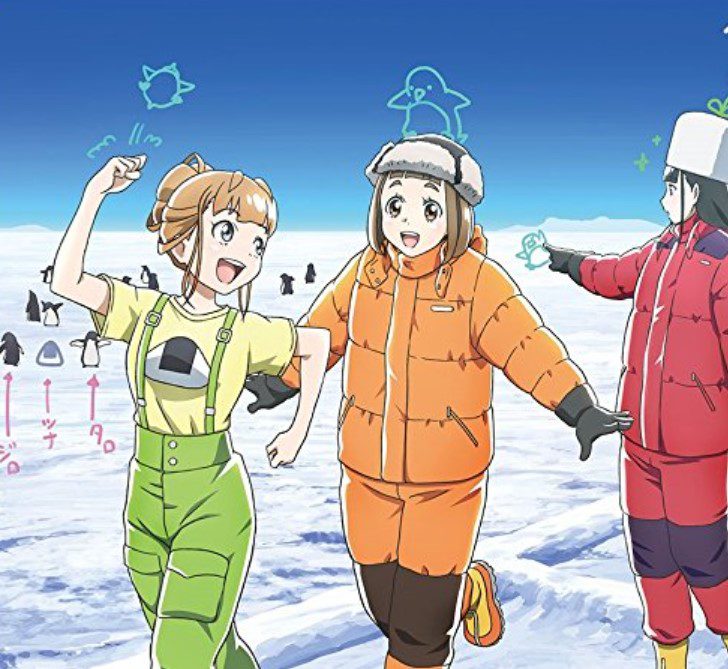 A Place Further Than The Universe

Honey Kisaragi is an amazing human who loves fashion, but she is fashion conscious android. Kisaragi can transform her body any time she wants and turns it into different stylish disguises. Every form that she transforms into has the dazzling super ability. But one day, Kisaragi finds herself involved with a secret criminal organization, Panther Claw. She was forced to protect the world and bring down the organization. 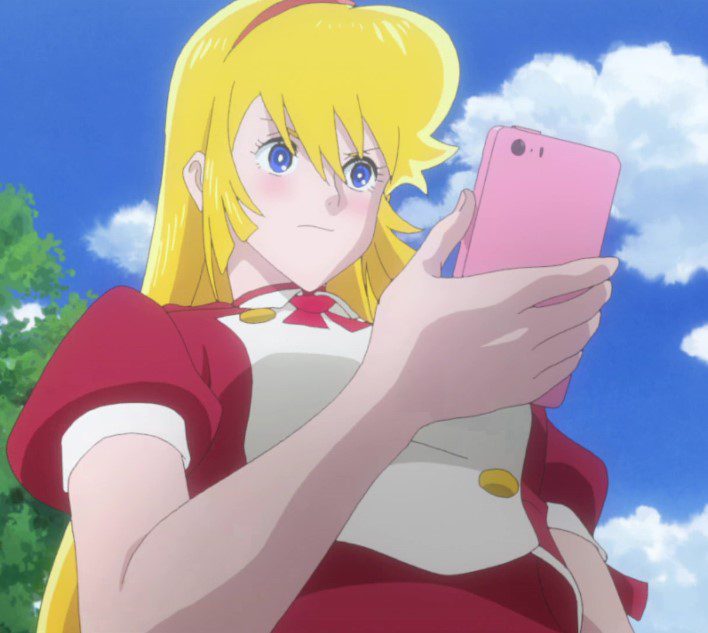 This is best for beginners who love short comedy animes. This is the story of short girls who enjoy having fun while teasing each other. Sometimes their daily lives include fighting or no battles. The girls love to play the smartphone game “Katana Maidens Kizamishi-Issen no Tomoshibi.” They gathered and challenged each other as they lived in a world full of fantasies. Nakaido Hirosuke is a seventeen-year-old student with average height, and one day he arrives at the train station when he is going to school. When he was there, he saw a bright light, and when he looked closely, he realized that it was a beautiful girl who was brighter than light. Hirosuke doesn’t waste time and gets to know a beautiful girl, Ajimu Yasuna, and falls for her. But Hiro fails to confess after realizing their feelings are clear to each other. Himeno is a sweet shy centaur girl like other teens of her age; she struggles with attending school. Himeno thought she was the only centaur, but after she learned about other centaurs, she was glad. She discovered that her classmates are supernatural creatures with horns, tails, and wings. Himeno befriends a winged dragon named Nozomi and Kyoko and begins to enjoy the best days of their life on Earth. 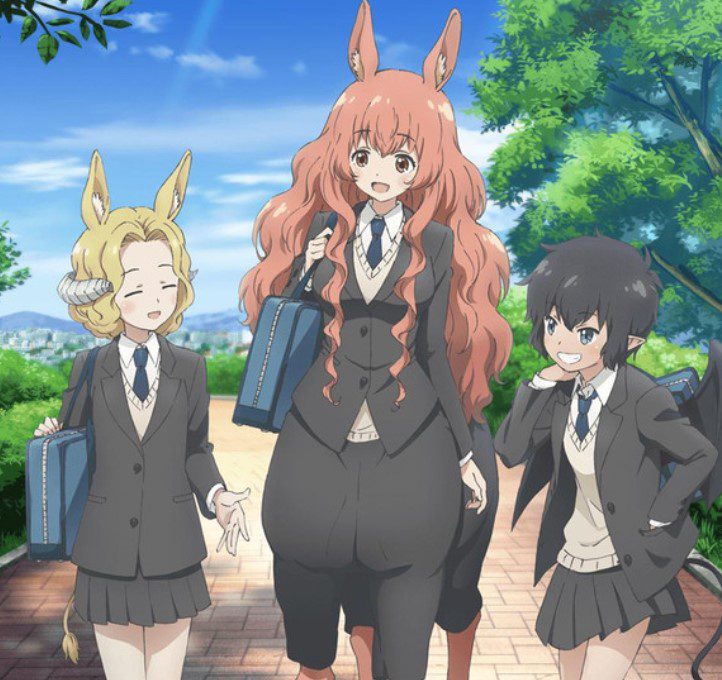 Katanagatari is the best short Anime for beginners, with lots of interesting battles that one can enjoy watching. This is an interesting story of Shikizaki Kiki, the legendary swordsmith who made 1000 swords in his career. Kiku’s swords always improve and give him great battle. After Shogun won, Kiku collected 988 swordsmiths’ inferior practice swords. The remaining twelve swords became the pinnacle of his career. They possess tremendous powers that a wielder can defeat a small army with a single slash. 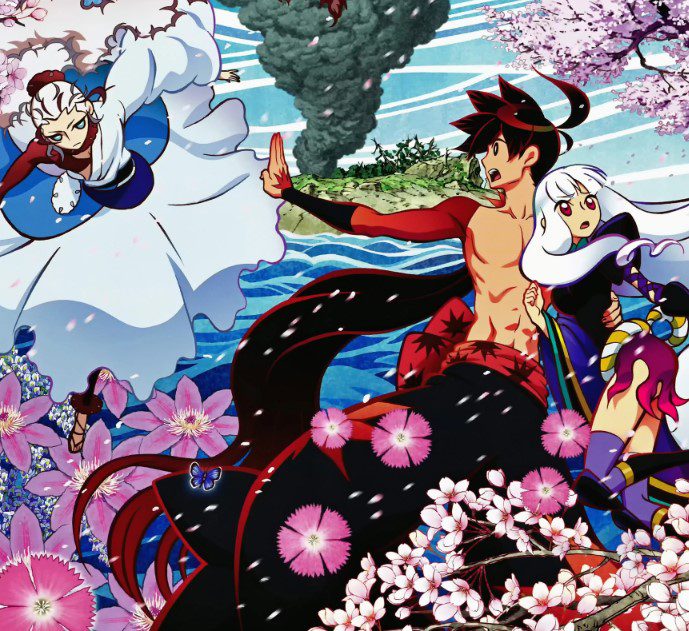 However, the Shogunate strategist Togame was tasked to gather all 1000 swords, and she decided to hire a Ninja. The Ninja army was too weak to retrieve the swords, and they were all easily defeated. Togame comes with another plan and hires a swordsman with other plans since honor doesn’t allow him to hand over the swords he has collected. Togame had the last choice, Shichika, the last practitioner of the Kyotoryuu. Shichika lives with his sister on an island without civilization and needs money to survive. But his school doesn’t have a sword wielder since no one uses a sword. However, Shichika doesn’t want the sword for himself; he wants to be loved.