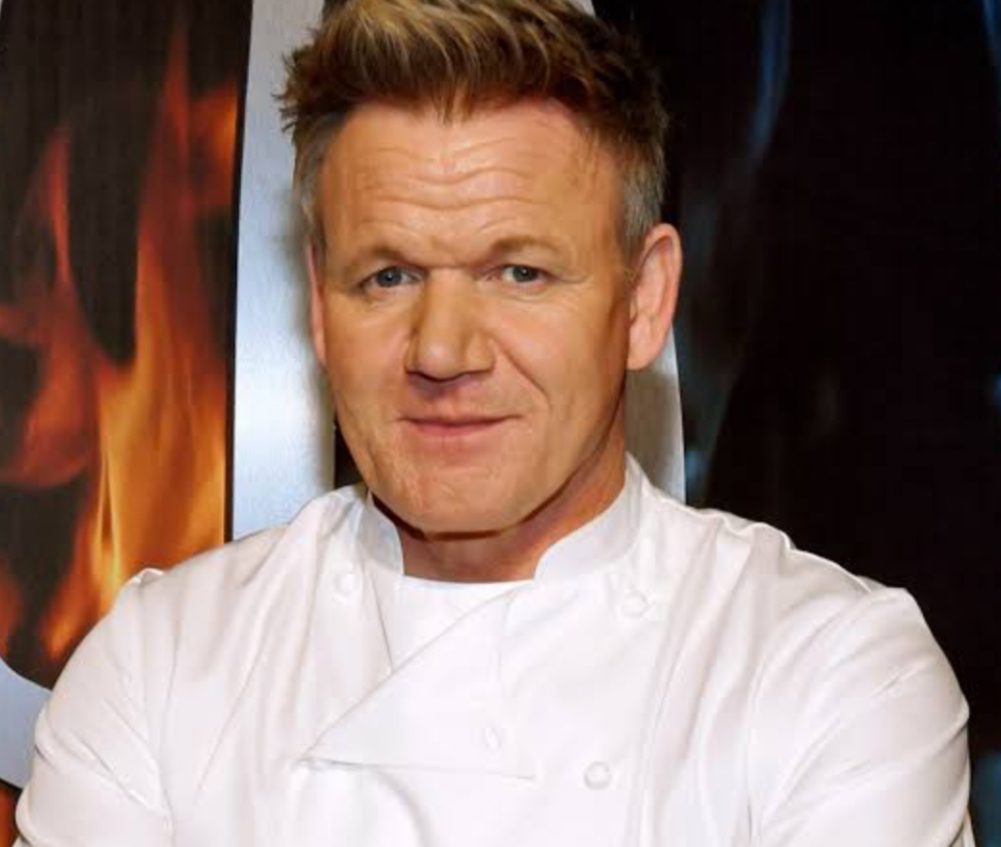 Here, we shall discuss the personal life details of Gordon Ramsay. For the ones who are not aware of what he is famous for, Gordon Ramsay is primarily a chef and a restauranteur. He has stolen the hearts of millions of people with his signature dishes of different cuisines. Besides this, Gordon Ramsay is also a well-recognized television personality. Some of his notable appearances include- Hell’s Kitchen US, Matilda and the Ramsay Bunch, The Adventures of Rocky and Bullwinkle, Next Level Chef, Gordon Ramsay’s Future Food Stars, Masterchef Australia, and many more. Little did you know that the chef has also provided his voice for the role of Bolton Gramercy in Big Hero 6: The Series. Also, he acted in Smurfs: The Lost Village, released in 2017.

Most of you are very much aware of his popularity but not about his personal life. Talking about it, Gordon Ramsay is happily married to the love of his life. It’s been several years that the couple has been together, making the fans wonder about her. Moreover, they share five children. Working so hard over the years to date, the chef has accumulated quite a lot, especially when it comes to his monetary income. Briefly, we may say that he does lead a very lavish lifestyle with his family. Let’s dive into this article to learn more about Gordon Ramsay’s family and lifestyle.

Here is a breakdown of Gordon Ramsay’s personal life.

Talking about Gordon Ramsay’s wife, the chef is hitched to the love of his life, Cayetana Elizabeth Hutcheson. However, she is popularly known as Tana Ramsay. In case you are wondering, she is professionally a television broadcaster. She has hosted Market Kitchen and some of her husband’s shows too. Since 2015, Tana has been starring in Matilda and the Ramsay Bunch, which is her daughter’s show. Also, she pens down several cookbooks. Not to forget to mention that Gordon’s wife has also participated in Dancing on Ice, where she was paired up with Stuart Widdall. But, they couldn’t make it to the top and thus got eliminated from the show during their fourth week. She has also worked as a school teacher for Montessori. 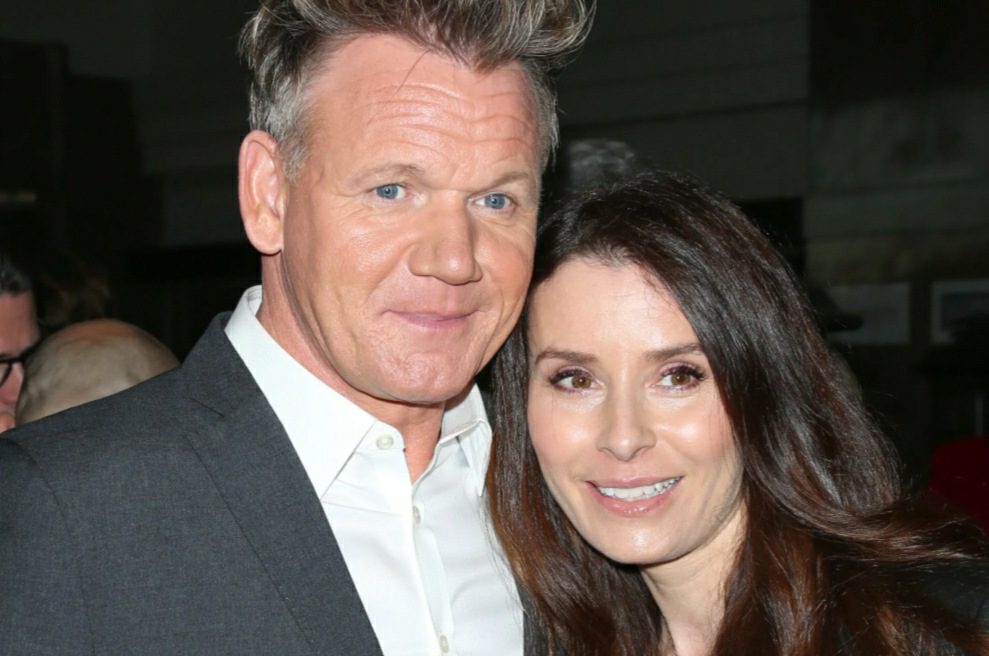 Gordon and Tana’s lovestory is very much happening. It was in 1992 when the duo met each other via one of his friends, named Tim, whom she was dating at that time. Sounds weird? Yes, it is. But, Gordon has always been a gentleman and thus waited until she was single. Knowing about her split from Tim, he asked her out and that’s how the romance started to build up between them. However, it was quite difficult for them because of their respective work schedules. The former one had to spend 16 hours in the kitchen, while she was teaching at that time. But still, the couple managed to stay by each other’s side and made it work.

Gordon and Tana got hitched to each other on 21 December 1996. It’s been over 25 years of their togetherness. Despite spending so many years as a married couple, their love for each other appears to be endless. Moreover, their relationship is growing stronger over time.

Gordon Ramsay and Tana Ramsay’s time during conceiving wasn’t that pleasant. She has PCOS (Polycystic Ovarian Syndrome) and it made her quite difficult to conceive. On starting the IVF therapy, she started to feel hopeless in the initial days. But, the treatment went well. As mentioned earlier, the couple shares five children- Megan, Holly, Jack, Matilda, and Oscar respectively. 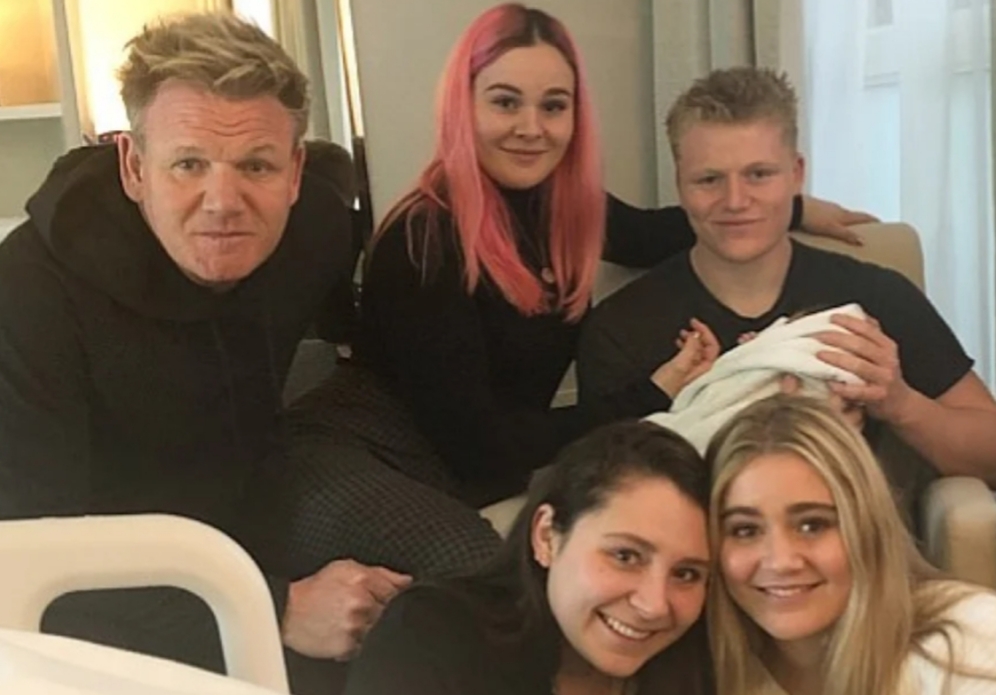 Gordon Ramsay with his five kids

They weren’t planning for a fifth child, as reported. But, she got pregnant in 2016. It turned into a miscarriage. Thereafter, the duo welcomed their fifth child, Oscar in 2019. So, it’s a happy family of seven.

By now, you must have understood how happy Gordon Ramsay is with his wife and kids. Mental happiness comes from well-balanced peace in both personal and professional lives. The chef has always believed in working hard and delivering his best. Many of his works are discussed above. Well, Gordon Ramsay’s Net Worth in 2022 is estimated to be a whopping $220 million. Isn’t that huge? His annual salary is reported to be $60 million. Owning numerous restaurants in different parts of the world, writing cookbooks, television appearances, his shows, brand endorsement deals, and stock ownerships are the major sources of his massive income. It was in 2019 when he sold a 50% stake in his North American holding company to Lion Capital. It has now aimed to spend an approximated amount of  $100 million to launch 100 Gordon Ramsay restaurants in the US during the period 2020 to 2025.

Gordon Ramsay’s luxurious lifestyle includes the details of his investments in real estate properties. It was in 2012 when the chef bought a home in Bel-Air, Los Angeles, worth $6.75 million. It covers an area of 5 bedrooms, 6 washrooms, a luxurious art kitchen and also a swimming pool. This isn’t the end. Among his other properties, one is in London which he purchased back in 2002 with $3.5 million. Another great luxurious home in Fowey costs around $6 million. Gordon has also spent a huge amount on its renovation. Little did you know, that he has added a transparent wall in this home which separately cost him $1,00,000.

Best Wishes to Gordon Ramsay for the upcoming days of his career.