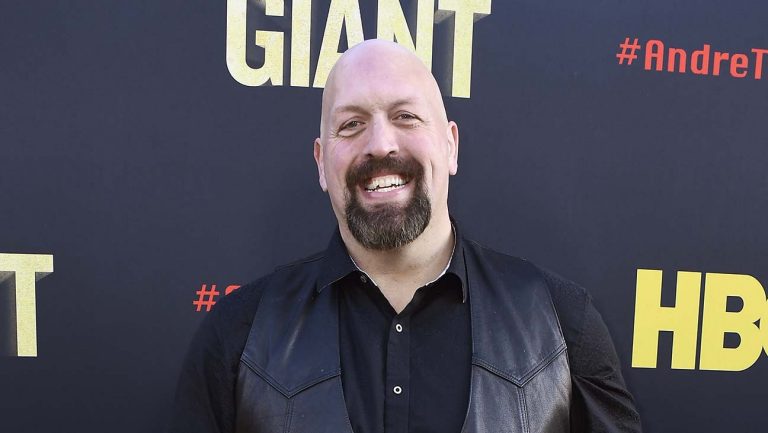 Paul Donald Wight or most popularly known as Big Show is a wrestler and one of the wealthiest sports athletes of the current period. The big show is a renowned World wrestling entertainment wrestler who came to spotlight after convincingly defeated some of the big names in wrestling. He kick-started his professional wrestling career in 1995 and since then is a force to reckon wrestler and has a reputation of a fierce competitor in WWE.

Paul has won many fights with his fighting skills and abilities to defeat many professional wrestlers in WWE and also won the world heavyweight championship twice. Known for his charismatic personality, Paul also acted some of the movies that went on and furthered his career. He is an impactful actor in the showbiz world. He was initially wanted to go for a basketball career as he was an exceptional player in all sports. Later, Paul Donald underwent successful surgeries and managed to continue his passion for sports. He firmly establishes in WWE as a wrestler to watch out for and receive accolades from his supporters.

Wrestler Big Show was born in South Carolina. Although there is not much information about his parents but Paul Donald Jr or Big Show has a sporting background. Due to his unusual body formation, he underwent surgery to avoid further complications in his body.
Paul Donald Jr attended Wyman King Academy in South Carolina, where Paul showed great promises of playing basketball and football with high tempo and intensity. However he finished playing football after disputes with his team coach, and Paul decided to focus on his other love interest in basketball. He enrolled in Northern Oklahoma junior college and carried on the momentum that he showed in his early days of career.

Professional Career and Achievements In Life

Well, Paul Donald Wight or popularly known big show had a great start to his wrestling career. He defeated some of the top high profile wrestlers and most notably defeated Hulk Hogan to win the world heavyweight championship title at the very early stage of his career. This prestigious WCW title uplifted his career on an impressive scale. All though later on, he failed to defend his title and lost to Randy Savage. But that did not affect the mindset of Big Show, and he showed no sign of frustration and won the prestigious WCW title defeating Flair.

He had an impressive professional career where he signed numerous big contracts deals and made his earnings lot more prolific. He came second best when he lost the wrestling battle against none other than the Undertaker in a nail-biting and heart-pumping fight. After that, in 2004, he and Eddie together fight it out for the United States championship. Paul also sustained fatal injuries and had to wait for long before coming back to the ring and knocked out John Cena, who at that time was defending champion in WWE. Paul earned a lot of notable awards like the ‘wrestler of the year’ award in 1996 that is still one of the memorable moments of his career.

The 7 times World Champion and fierce competitor The Big Show is currently well placed as per as his net earnings are concerned. His net worth is roughly $20 million. It surpasses other wrestlers in terms of both popularity and incredible fan followers across the world. A substantial income of his earnings came after Big Show appeared many TV shows and increased his overhaul net earnings to a new extension. To this day The BIG SHOW is a seven-time world champion and only wrestler who holds the prestigious WCW, WWE titles in his overall tally of awards, and remarkable sporting career.

Big Show is a giant and iconic wrestler who, over the years, creates his reputation as an all-time great wrestler leaving behind many current wrestlers in terms of popularity as well as the fan base. Big show burst into the wrestling ring with exceptional fighting skills and guts to achieve all success and glory.