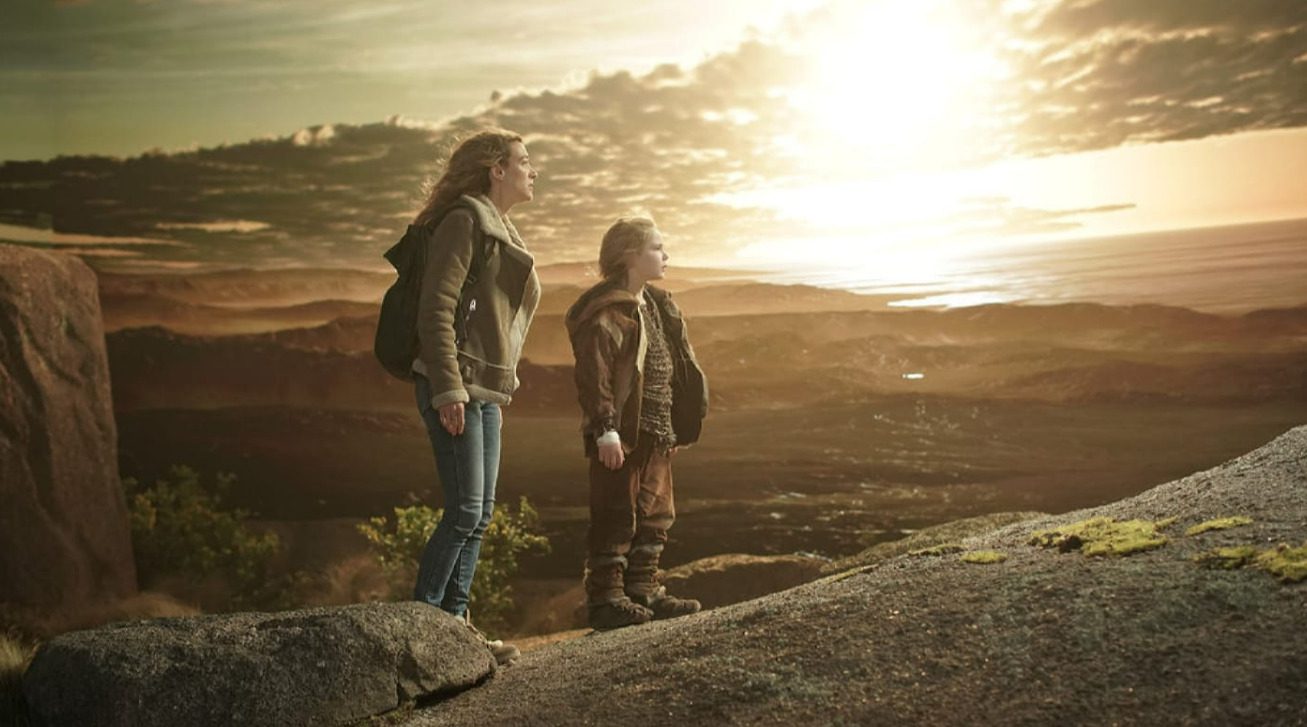 It’s now quite uncommon for a new show to attract people’s attention in the quick way that La Brea did when it made its debut in September 2021, given the number of competitors that networks like NBC have for viewers. The debut sci-fi drama, which follows the Lost-style victims of a massive sinkhole event in Los Angeles as they struggle to survive in our own prehistoric world, quickly rose to the top of the 18-49 demographic ratings after its pilot episode attracted a record-breaking 19.8 million viewers by mid-November.

With ratings like those, you can know that NBC quickly picked up the show for a second season so that fans would have something to look forward to after the shocking Season 1 finale left us with a ton of important questions for La Brea Season 2 to resolve. And don’t worry if you’re eager to find out every single detail regarding the next season; we’re here to help!

Here’s everything about La Brea Season 2:

Ella’s map provides some interesting information once she is back in Los Angeles. To ensure that it was safe to return to “younger Gavin’s planet,” another sinkhole was required if the portal was going to collapse. The map that Rebecca obtained from Silas’ book showed that a sinkhole was forming in Seattle. Excellent timing. Ella starts to get visions of Lilly as the sinkhole might be closing. She explains how Veronica tried to escape the portal with Lilly but ended up getting trapped in a bear trap. Lilly was aware that she did not want to leave her sister, who was hurt in the sinkhole. 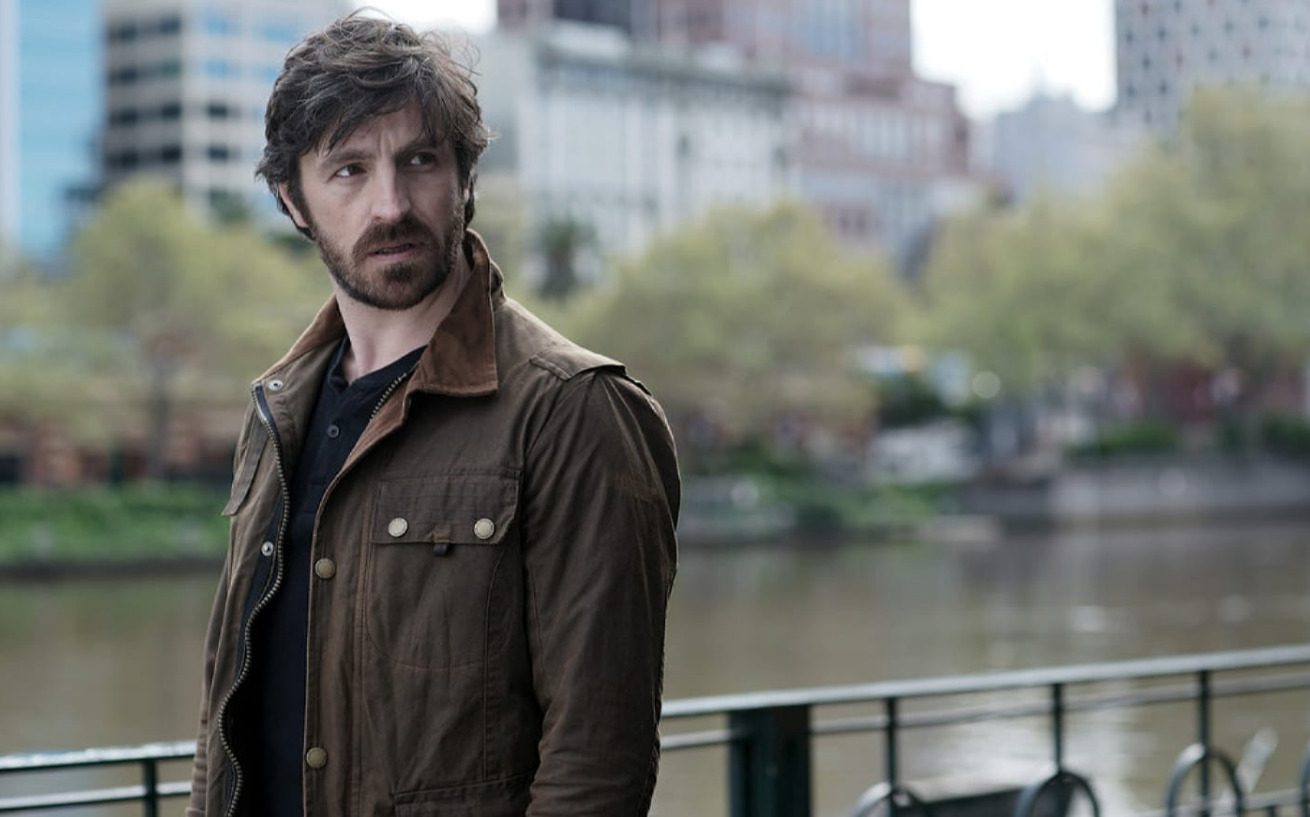 Veronica made sure Lilly left because things weren’t getting any better. However, Lilly discovered that Isiah had already left as she was about to hand him the map. Riley tried to console her, but she was obviously upset that she had not given him the map. She unintentionally dragged Riley and Josh into the portal when this occurred.

Since Gavin and Ella were discovered together, they must have traveled to 1988. Josh and Riley are still missing, though. Gavin and Ella are desperate to save their loved ones after realizing they still have work to do. Together with Sofia and Agent Markmen, they arrive at some other sinkhole in Seattle. Ella is trying to save Veronica, so they go through it. Izzy defies Gavin yet again. She lets her father know that she will join him. They arrive in 10,000 BC and immediately spot a Wooly Mammoth.

La Brea Season 2 will be released on NBC on September 27. Even though La Brea’s first season was renewed just a few weeks in, that didn’t absolutely ensure that Season 2 will be released on TV in 2022. In mid-May 2022, it was revealed that La Brea will return to its Tuesday timeslot at some point in the fall. Thankfully, the NBC executives know a good thing when they see one and have decided to show pity on all of us who have been wanting to know about those La BreaSeason 1 cliffhangers for far too long already. Aside from that, if you happen to miss an episode, you can still watch La Brea streaming on Peacock the following day! 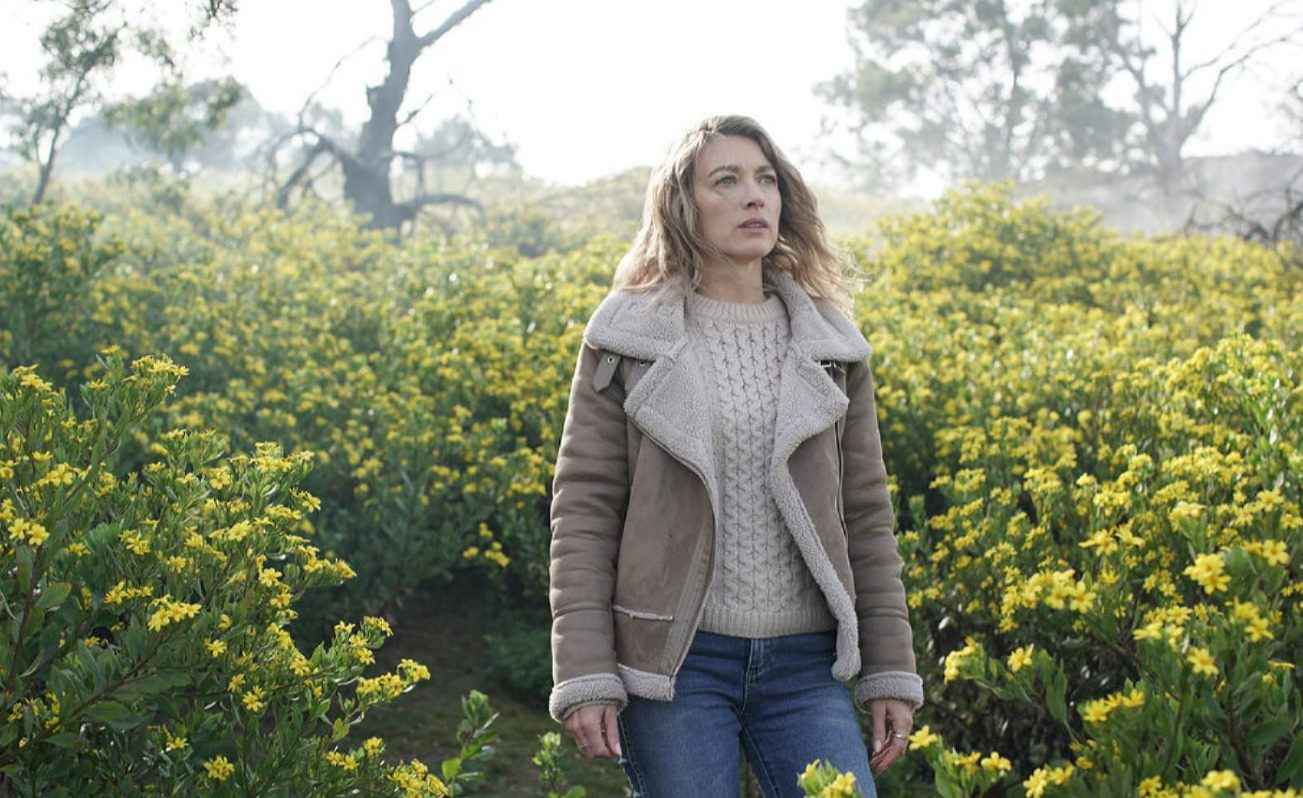 With 10 episodes, La Brea Season 1 did a fantastic job of introducing the many people, their struggles, and the secrets surrounding some of them (which we’ll discuss in more detail in a moment). Even though it was often challenging to support the sinkhole survivors as they struggled to survive long enough to return to the present, it was also challenging to resist the want to follow their experiences.

We now know that our prayers have once more been heard, as The Sydney Morning Herald revealed that La Brea Season 2 would consist of 14 episodes of sinkhole exploits for us to enjoy. According to a source, La Brea’s second season might be divided into two halves as a result of the increased episode count and fall launch. With the break making it simpler for the team to complete the VFX for the second half once La Brea returns to NBC, this would enable the team to finish the special effects for the first half of the season to ensure that the show can make its fall debut.

For La Brea season 2, we may expect that all the leading actors will return to their roles. The ensemble cast of this movie includes Eoin Macken, Natalie Zea, Jack Martin, Diesel La Torraca, Michelle Vergara Moore, and others. Expect some new arrivals as well, as some of these individuals have recently hopped through an opening in space and time to who knows where. Again, we’ll keep you updated as soon as there are any new announcements. 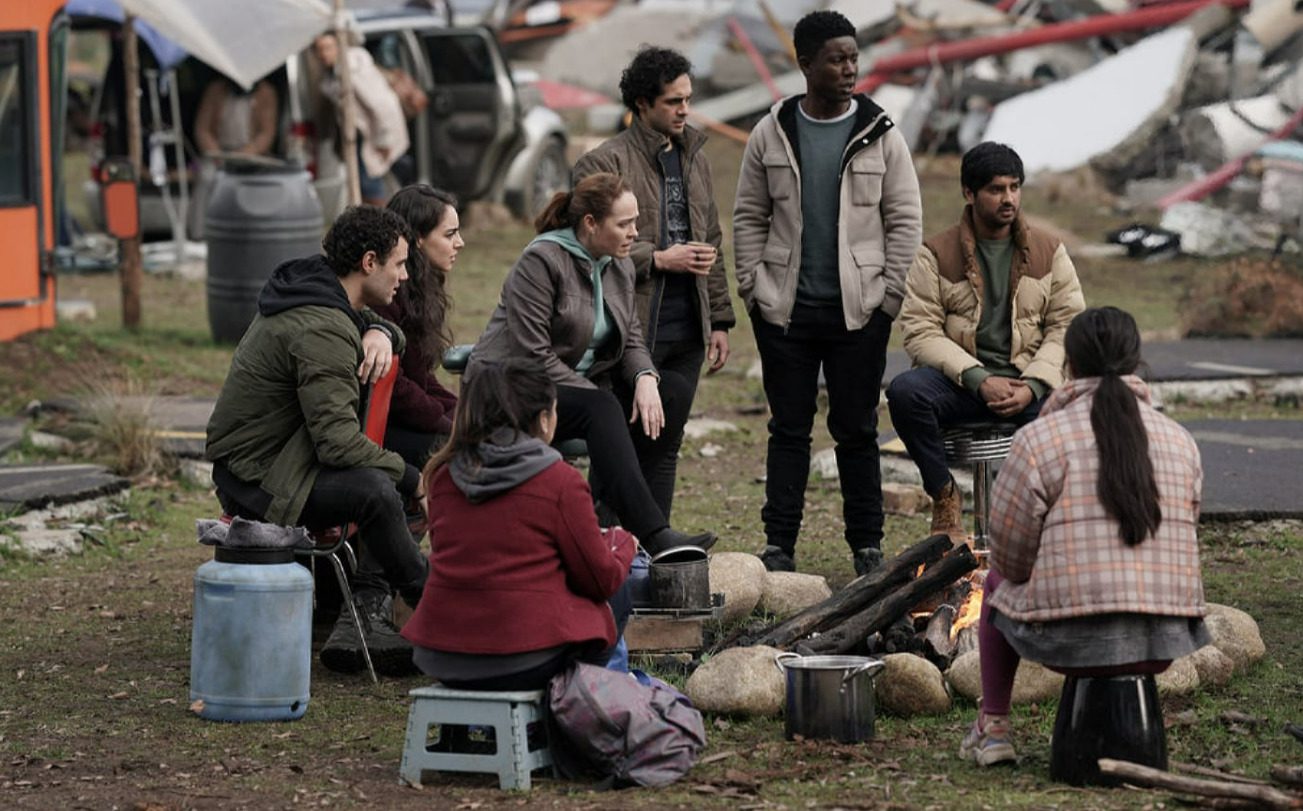 Gavin, Izzy, and Ella took a huge leap of faith in the La Brea Season 1 finale by venturing into their own (very small) sinkhole to locate the others in 10,000 B.C., so we’ll spend much more time in this ancient era. As a result, Tonantzin Carmelo and Michelle Vergara Moore, two recurrent guest stars from Season 1, have been promoted to series regulars.

The actress that portrays Ella is Vergara Moore, who, after realizing that the visions she had been utilizing as the basis for her artwork were actually memories of her youth in 10,000 B.C., traveled into the past with Gavin and Izzy in order to try and save her friend, Veronica. Carmelo, meantime, will return as Paara, the village chief of Fort and a Tongva tribe member. Paara has started dating Ty, a sinkhole survivor, which will present him with some problems in Season 2.

The cliffhangers from the first season give a strong hint of an interesting plot for La Brea Season 2. The drama will investigate what happens to the characters after they pass through the mysterious gates which were used in the season finale of the show. Three gangs were drawn into the Topanga portal, while the remaining three decided to take a chance on a brand-new Seattle gateway as part of a rescue operation, wherever it might lead them. Despite thorough investigations, the agencies are still unaware of the portal. We hope that the second season will provide answers to the season one mysteries and provide additional information regarding the sinkhole and its cause. 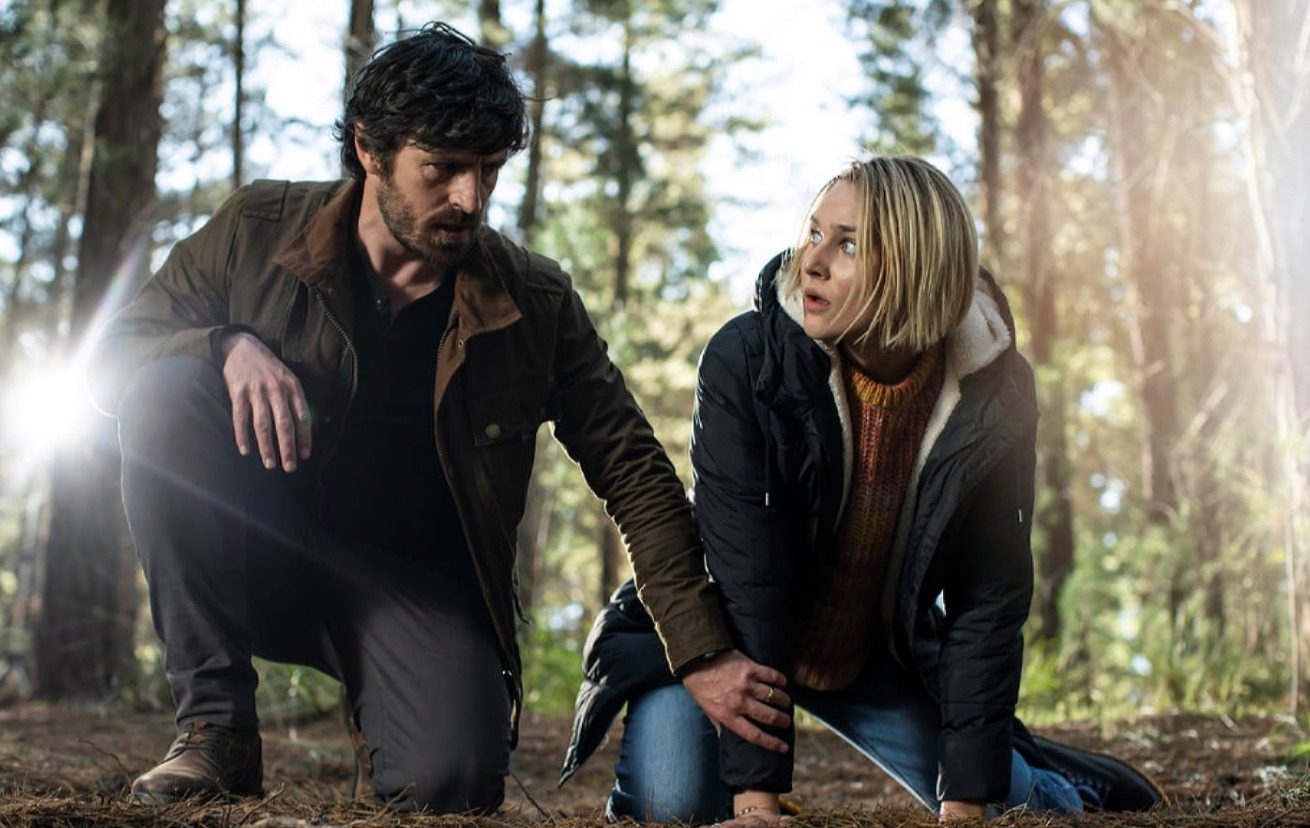 The second season’s storylines are now largely unknown to us; however, we do know the debut episode’s title. Early in May 2022, we got the very first page of the La Brea Season 2 screenplay and revealed the title of the first episode: “Three Days Later.” My best bet is that the season will just pick up three days after the dramatic finale’s events.

While discussing the season conclusion and what they had planned for Season 2, co-showrunner David Appelbaum said that fans would see more in the next episodes. The first season of La Brea focused on the modern day and individuals who had journeyed to 10,000 B.C. He added that in Season 2, we would discover new worlds and eras that we hadn’t seen before. He continued by saying that one of the things they had always wished to achieve with the show was to expand its potential. He believes that entering such uncharted ground will be one of Season 2’s most fascinating developments.

While Appelbaum’s mention of “new time periods” makes it obvious that La Brea will expand its storytelling far beyond giant-sloth past and the present, who knows what “new worlds” might entail? Could there be another planet or plane of existence that could be reached by the light that so many people have used to travel to the very distant past and return to the present? All we can do is wait and see! 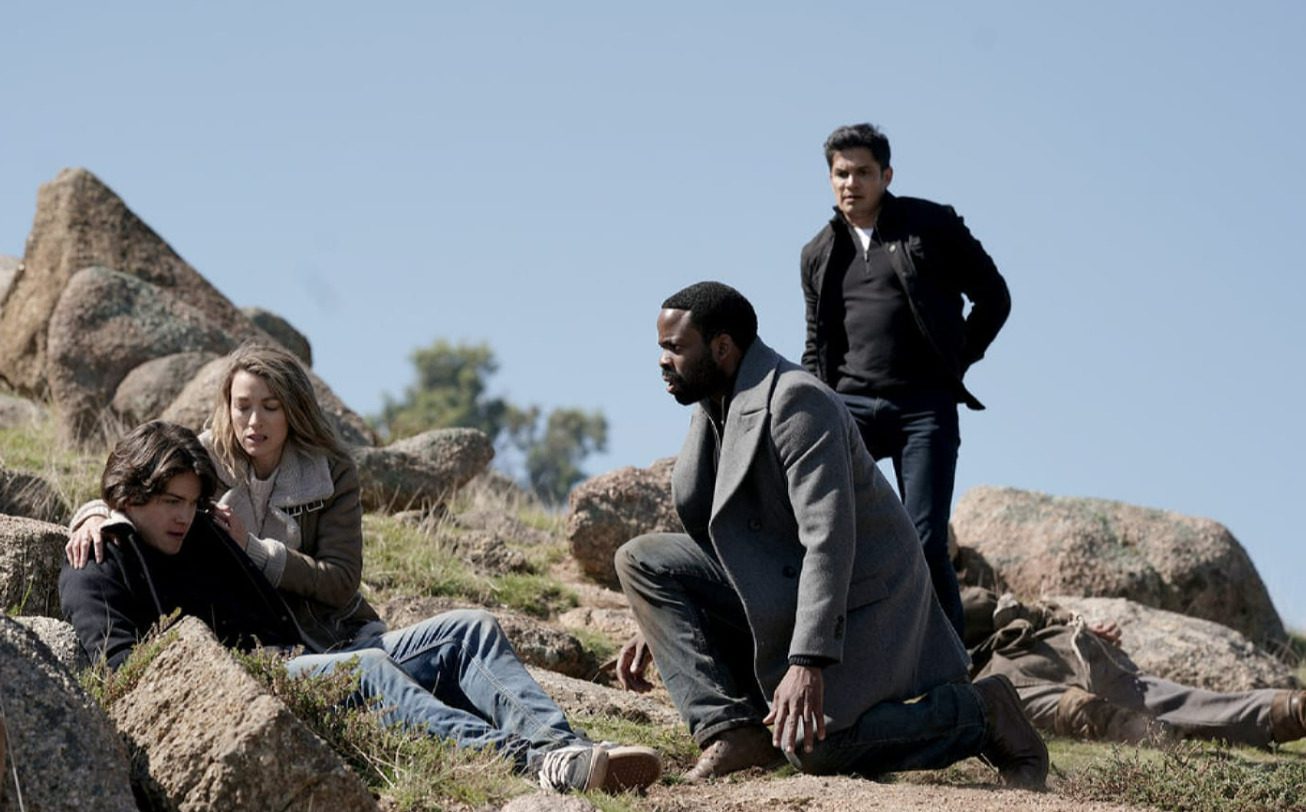 Silas And Rebecca Aldridge In Season 2

Silas and Dr. Rebecca Aldridge stand out as two individuals who appear to be quite knowledgeable about what’s going on in La Brea. All we really know about Silas is that he is a scientist by the name of Aldridge who commanded an expedition into one of the time-travel light sinkholes. Silas has only ever been seen as a weird villager in 10,000 B.C.

Appelbaum was able to confirm during the interview that Season 2 will provide viewers with additional information about both of these fascinating figures. After learning that Silas is, in fact, Isaiah’s/grandpa Gavin and Aldridge’s scientific associate. He added that Silas would play a significant role in Season 2. More information about Silas and his relationship with Gavin and Aldridge will be revealed. Aldridge is going to be yet another significant character for the show, the myth, these sinkholes, and this structure. As Season 2 begins, we will discover a lot of information about her.