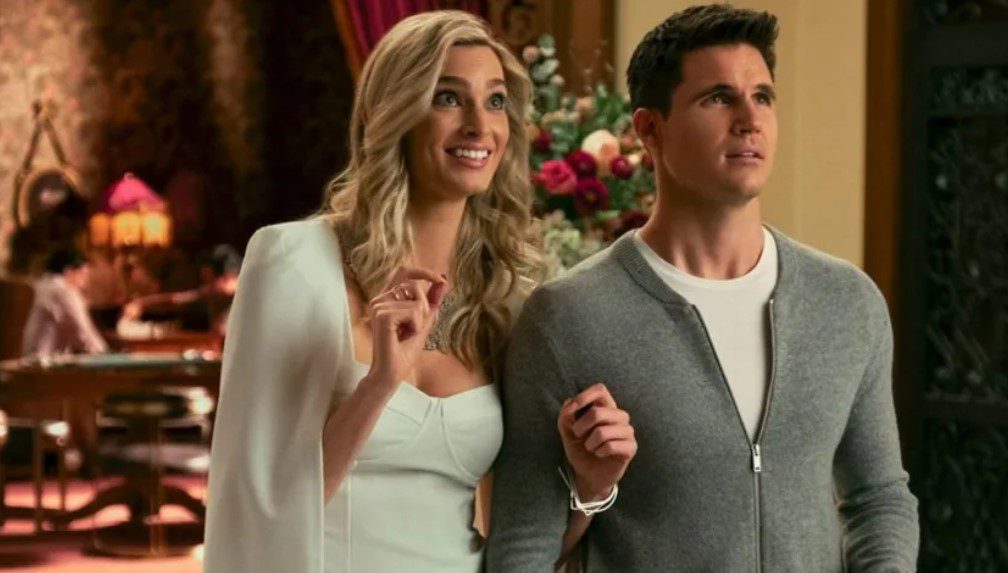 The mystery-comedy sci-fi series “Upload” on Amazon Prime creates a quirky, if unsettlingly plausible, possible future. The show centers on Nathan, a recently deceased young man who discovers himself in an opulent simulation of the afterlife for affluent people. Greater mysteries are at play as our hero struggles with his controlling girlfriend, who controls the finances of his incredibly expensive “heaven,” and his obsession with customer service representative Nora. It doesn’t take long to realize that Nathan was killed.

Creator Greg Daniels’ series, which debuted on May 1, 2020, has won praise for its moving, oddly realistic critique of capitalist greed. The series has gained popularity among viewers in part due to its hilariously audacious plot and engaging cast. We’re all craving more after the suspenseful cliffhanger that concluded season 2! Let’s examine what is known about “Upload” season 3 now.

To learn why billionaire David Choak has downloaded into a robot body and arrived in the city, Nathan and Luke tour New York City with Nora and Aleesha. They learn that Freeyond only has one location in each New York City and Los Angeles. But hundreds in states with close elections, like Pennsylvania or Florida, conclude that the free system is intended to entice low-income voters into uploading to skew the election results. To download Nathan, it is revealed that Ingrid has been developing a new body for him.

Nathan joyfully ends things with Ingrid after learning that she is not dead and has been developing a clone body for him to download because he now understands that he owes her nothing. Nathan tells Nora he is willing to enter the clone body to use his iris to open the backdoor he added to the Freeyond code despite the dangers of downloads. Luke initially finds it annoying that Aleesha limits his dream state to only experience kid-friendly dreams, but he eventually grows to enjoy the straightforward puzzle games.

Nora enlists LUDD’s assistance to enter the cloning facility where Ingrid is keeping an eye on Nathan’s clone body. They persuade her to allow them to download Nathan. Then they depart for New York. While Ingrid uses a hair she finds on Nathan’s old hairbrush to carry out her plans, Tinsley restores Nathan’s mind from a backup, believing he had been inadvertently deleted. Nathan and Nora share a bed on the Hyperloop. Nathan discovers that his nose is bleeding as the episode closes.

Where To Watch Upload?

If you want to watch Upload, then the only place to go is to Amazon Prime Video.

The conclusion of Season 2 finds Nathan successfully “Downloaded” into his body, which an upbeat Ingrid rebuilt. Our hero chooses Nora, leaving the vengeful ex-girlfriend to plan her retaliation by locating one of Nathan’s hairs in an old hairbrush and promising to get what she wants. While en route to stop the evil Freeyond program, which targets the poor and unemployed, Nora and Nathan finally get some romantic alone time.

Unbeknownst to those signing up (including Nathan’s mother, Viv), Freeyond is a scheme to deny the poor the right to vote, thereby influencing election outcomes in states that are considered to be swing states. Season 2 ends with Nathan noticing a nosebleed, the first sign that a Download’s head is about to explode fatally.

Picking Up Where It Ends

We anticipate that the potential season 3 will begin exactly where the second season ends. Thus, the story could begin with Nathan’s head horrifyingly blowing up and then follow Nora as she tries to revive Nathan by giving him a mental boost (possibly from a backup file at the Horizen offices). It is also likely that the effort to stop Freeyond from season 2 will continue, especially with Viv becoming a potential victim. Finally, we can anticipate seeing Ingrid carry out her retaliation plan, probably with some very entertaining results.

Upload will probably release on Q1 2023. Amazon confirmed the show for a third season back in May 2022. So, the show needs to go into production and post-production. After that, we will be able to see it. Don’t worry. We’ll keep an eye out for any potential updates and keep you posted. So be sure to keep coming back to our website for more information. That’s all the time we have now for this topic. Happy streaming, and see you soon!