If You Wish Upon Me Episode 3 will talk more about the people in the hospice. The drama feels like a warm hug one would need. The people at the hospice are living in their last stages, yet there are so many untold stories. They are like a human library we all would want to hear the stories of. Team Genie tries its best to fulfill the last wishes of the patients. This reminds us of the South Korean drama Chocolate, where a similar process followed.

Ji Chang Wook needs no introduction. Even the production team of the drama agreed that it was only him who could ace the role of Yoon Kyeo Re. It will be A life is full of scars and void. Maybe his stay at the hospice will help him to cope.

We all know Choi Soo Young, who is not only a talented singer but also an amazing actress. She starred in several projects, the most recent being Run On, and So I Married An Anti-Fan. The actors have done a great job in portraying the roles, and we can’t wait for the next episodes.

What To Expect From If You Wish Upon Me Episode 3?

Yoon Gyeo Rye has gone through a lot in his life, his entire childhood is scarred, and maybe there’s nothing to look back and cherish. “I don’t plan to live a long life anyway’, we get such lines from him, reflecting how he feels nothing to look forward to. However, in ep 3 of If You Wish Upon Me, maybe we will get a deeper view of his emotions.

The series screams relatable dialogues, and it just has too much resonance, like the one Seo Yeon Joo told, ‘ If you are in pain scream, otherwise no one will know. In each episode, there are chances to know about the story of different patients, along with the continuation of the personal story of the other characters. Yeom Soon Ja was one such character who gave him the feeling of warmth through her food. Though at first, he denied her request, with time, will he accept it?

The chemistry between Yeon Joo and Gyeo Rye is already making us hype for them. The first for him at the hospice was epic she kicked his rearview mirror, and both of them had a bad impression of one another.

As a volunteer, his first mission was an aged man who had only a few days at hand and wanted to take his last breaths in his previous house. However, it is currently owned by a couple who was suffering from major financial losses. It’s ironic how the place from where they just wanted to get out was so precious for someone that he wants to bid goodbye to the world from that same place. 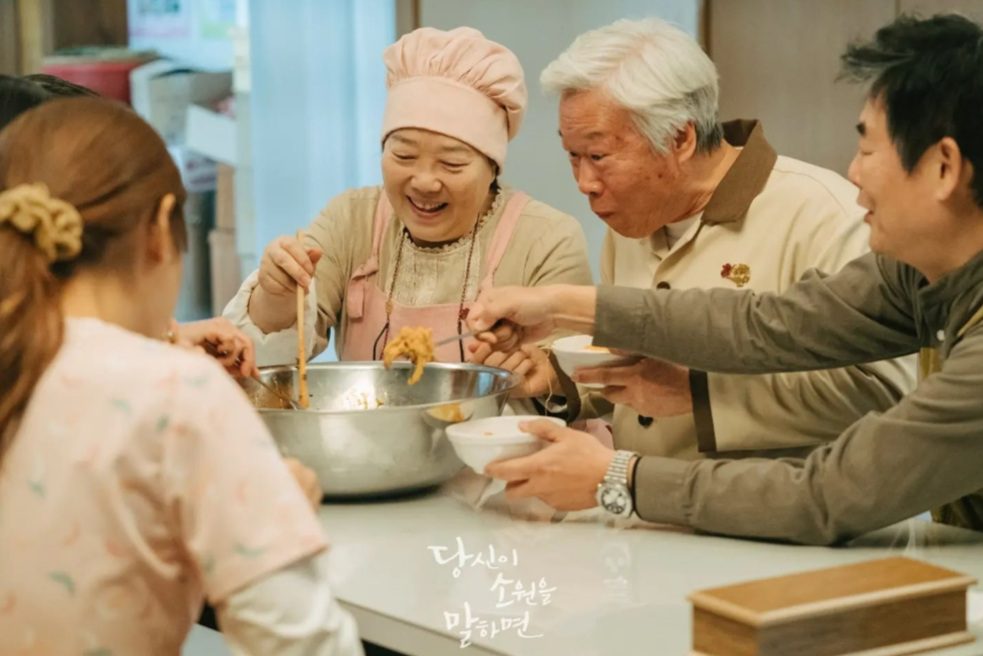 Gyeo Rye appears to be a tough person on the outside however, inside, he is a total softball. He couldn’t help but shed tears after he stayed awake at night with the patient. During the conversation, the elderly wanted to see a persimmons tree. The next morning, the tree was packed with persimmons which made him happy. Doesn’t it give a bit of The Last Leaf vibe? It was done by none other than Gyeo Rye, who planted all the fake persimmons just to make him happy. Will this incident make Yeon Joo change her outlook toward Gyeo Rye? For that, you need to keep an eye on If You Wish Upon Me Episode 3.

Where To Watch If You Wish Upon Me Episode 3? Online Streaming Details

If You Wish Upon Me Episode 3 will be broadcasted on its original network, KBS2. You can also watch the drama on the Rakuten Viki app. For that, you need to buy the Viki Standard Pass.

When Will If You Wish Upon Me Episode 3 Release?

If You Wish Upon Me Episode 3 will release on 17th August 2022. The drama from the first episode has gathered the focus of the audience. It gives a very healing vibe. If you also want to have that experience, then keep watching If You Wish Upon Me.