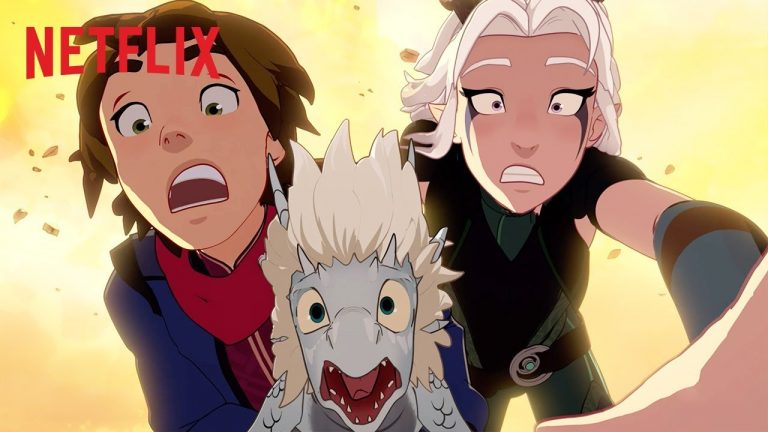 The Dragon Prince Season 4 & What To Expect

In this article, we will discuss what can be expected in Season 4 of Dragon Prince, After the much exciting ending to Season 3. The series, which is available on Netflix, begins with a very ambitious plot where the half brothers, Princes Ezran and Callum paired up with the Moon Elf, Ryala on a journey that could decide the fate of millions, tasked with returning a lost dragon egg to its mother in order to stop a war that would in effect, consume the continent. In Season 3, they prove to be successful!

The ending of Season 3 saw the Dragon Queen greet her child among happily united humans and elves, finally having set their differences aside. The overarching plot, the journey of the egg to be returned to its mother, has been achieved. But with a Season 4 coming up, what can one expect? Read on for all the details of this new season!

The creators that have been known for their previous works in Avatar: The Last Air Bender and its sequels, are themselves unsure of what exactly is to be expected as there have been no deals and contracts signed. Season 3 could have been designed in such a way so as to leave it with the option of having another season or not.

However, in the event that Netflix decides to renew this animated series and bring it back for the fourth season, there are multiple parts to the plot that require clarifications, as many of the fans have pointed out.

Lord Viren, the main villain of the series, was seen sacrificing himself to evil by jumping off a cliff and falling to his fate. But, in the last scene, he wakes up to the face of his much older and aged daughter, Claudia, who says she has brought him back. Further inquiry about his evil centipede monster leads him to a cocoon in the corner.

It is found that the cocooned monster has been acting as the spirit animal of the extremely evil Aaravos, who is eviler than even Lord Viren. But very little is known about Aaravos, who is trapped in prison behind a magical mirror. But his desire for war and passion for corruption, as well as his abilities of magic, are a fact. His reason for imprisonment is very unclear, though.

One can only imagine that the focus of season 4 would be to develop this character, Aaravos, further, giving him a complete and acknowledged story. In a recent and interesting interview, the creators did draw a connection between the Villian and Callum’s Cube that has the power to identify magic sources. The item is called “Key of Aaravos” and is said to unlock something of huge importance to Xadia.

Season 3 also shows Callum and Rayla finally admitting their feelings for each other, which had been something hinted from the very first season! However, they won’t have their happily ever after so soon as Callum must still try and grow as a mage despite those in Xadia not trusting his human nature, and Rayla must restore her honor in her hometown. So, with not common quest binding them any longer, it is anyone’s guesses what course their relationship will take here on out, seeming to be a real test of romantic loyalty.

But, Callum and Rayla aren’t the only human/elf relationship we are privy to as one must also take into account Callum’s aunt, Amaya, who is the armored military commander and Janai, the Sunfire Elf whose life she saved at the beginning of the season and their growing mutual relationship of respect. There seems to also be some animosity about the alliance of the two groups, the elves and the humans; this is something that could definitely work with some more clarification.

With all these assumptions and plots that can be expected in season 4 of the Dragon Prince, there is no knowing what the creators of the show have in store for us! It seems exciting to develop these storylines and wait for an update of the same!

The Dragon Prince Season 4 is expected to be released before December 2020. There might be a delay because of the ongoing Coronavirus Pandemic. Nonetheless, we will keep you posted.