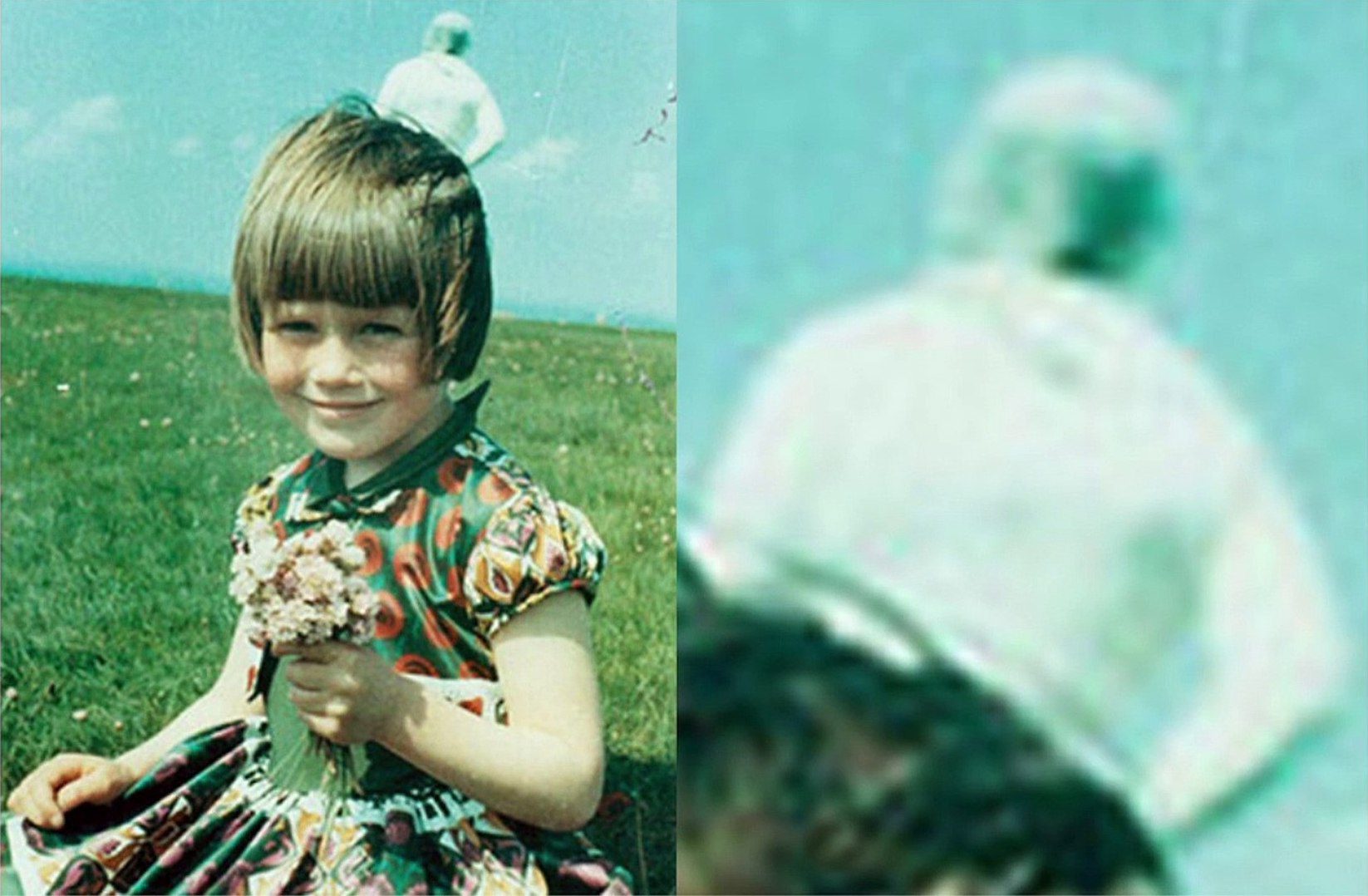 Extraterrestrials aka Aliens, have been a topic of interest for many generations, speculated to exist since the age of the Pyramids and hieroglyphs to the modern Area 51s. One special incident that has captured the attention of the public and has people divided is the Solway Firth Spaceman. Aired as the 11th episode on “Unsealed Alien Files“, it makes one think he is just a man in a white suit wearing a dark visor standing tall, looking like a NASA astronaut. What is so strange about him?

Well, apparently, on that fateful day when Jim Templeton took his nuclear family on vacation 8 miles from their house, there was no one there except for the three of them and two women far off in their vehicle. What is odder is that none of them noticed this mystic presence until their photograph chemist pointed it out to them.

The firefighter had seen his share of paranormal and alien features, but when on the 23rd of May 1964, he took his wife Annie and 5-year-old daughter Elizabeth to Solway Firth estuary, where they prepared a picnic at the Burgh Marsh, at a distance from Carlisle in Cumbria.

The cattle that usually stroll the spot had gathered to another side, so taking the opportunity to click a clear photo of his daughter in her new dress on that warm Sunday, he took out his Kodak SLR as his wife unpacked their lunch. He snapped a couple more, and when they were tired and ready to go, they packed and drove back. Soon, when he got them back, the mysterious figure overhead was so dominant and glaring in the picture that he could not ignore its existence. He knew something was wrong.

Also Read: 9/11 Attacks Conspiracy Theories: What If The Crash Was Known All Along

What Jim Templeton Had To Say About The Solway Firth Spaceman?

The man explained in detail the account from his perspective in a BBC interview. That day it was a regular outing, and they had often visited the area to have their picnics. He thought that he might as well take a photo or three of his daughter as she was wearing her new dress. As his daughter prepared to pose, he spotted the dramatic backdrop and two old pensioners seated in their car at the far end.

The setting was idyllic and innocent. He went to the chemist’s store a few days later to collect the images he had shot in Solway Firth returned. The man looked annoyed. He handed them to Jim, saying “some idiot” spoiled their pictures by photobombing his best shot. It was only then Templeton saw the spaceman. 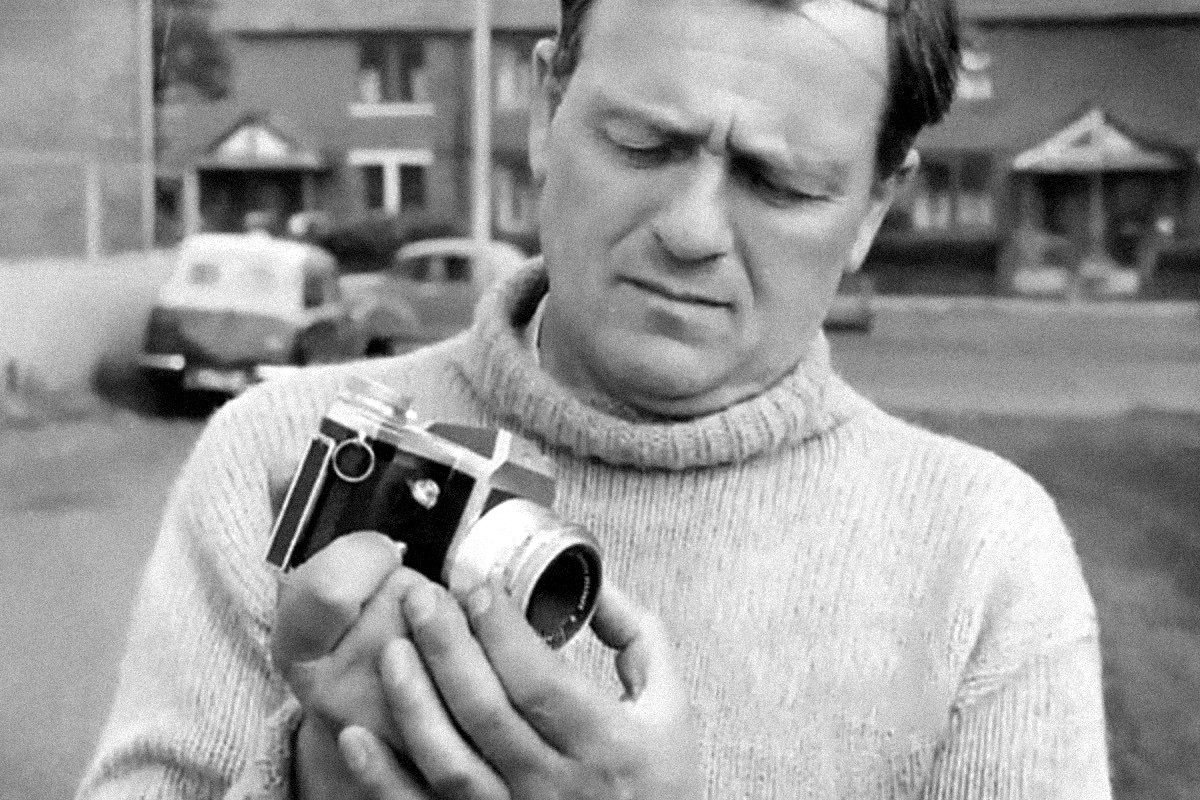 Immediately he set out to the Carlisle Police Station, but the chief felt the photo was not weird in any way. When it was shown to the Kodak analysts, even they could not find anything ingenuine about it and claimed to reward those that could prove them wrong. These bits of information somehow reached the media outlets, and overnight, Cumberland News was repeatedly playing it on their channel till Express and the Daily Mail chimed in.

People started demanding Jim Templeton for interviews regarding any information about the Solway Firth Spaceman, and he told them all he knew. On the other hand, people from all over the world were writing letters to the Templeton residents elaborating their perspectives on the incident. There were presumptions of Elizabeth being a psychic and having the astronaut overhead being one of the summoned spirits.

Later Jim Templeton complained about two men, namely Number 11 and 9, visiting his residence. The “Men in Black” claimed to be sent by the government and asked him for details, after which they seemingly visited Solway Firth as well. Though many say this part of the story is a pure hoax, the events that followed blur things as a few days after the happening, technicians in Woomera of South Australia stopped in their tracks at their test launch of the Blue Streak. Two men, the technicians, say, who looks incredibly similar to the one in the spaceman story, loitered within the firing range. Weirdly enough, the missile was constructed at RAF Spadeadam no more than a few miles from Solway Firth.

In 2014, author of the UFO book David Clarke asserted that Templeton’s wife Annie, who was there and could be seen in a different shot from the same day, is most likely the “spaceman” in the photograph. Because only 70% of what was in the photo could be seen via the viewfinder of that specific kind of camera, Clarke believes that for whatever reason, Jim’s wife entered the frame, and he missed her.

Annie Templeton also had black bobbed hair and was sporting a light blue outfit that seemed in another shot to be half white. It has been stated that by darkening the photograph and straightening the horizon with photo processing, the figure seems to be an ordinary human viewed from behind. Dr. Clarke had also viewed the black and white footage of the failed launch. About five years ago, he discovered all of the documents in the MoD files. The footage was discovered to be in the Imperial War Museum situated in London. Lens flare was present, appearing as a triangle of light. In response to the technicians’ allegation of seeing two persons on the shooting range, he stated that no photographic evidence of that sighting existed.

He said that if the photo had been clicked in 1864, then the Solway Firth Spaceman would have been thought to be a ghost instead by Jim Templeton and the church. It is no doubt it looks like a NASA astronaut standing overhead, and that makes it special, but according to the doctor, that is not the truth, ‘what is the truth?’ is still a mystery.