It’s the moment for The Real Housewives of Beverely Hills Season 12 Episode 12 recap, and we got to tell you that it was Christmas in July, and it was full of drinking and the superficiality that characterizes this unscripted Bravo reality show. If there’s something that this program never misses out on, it’s the drama, and with Erika talking incessantly about Sutton and Garcelle playing fire extinguisher in the middle of all the discussions. All this and more we will cover in our weekly recap.

With only three episodes left on The Real Housewives of Beverly Hills, things are getting tense as egos come and go. How are they coping up? Are we going to see any blowouts before the season’s finale, or are these women saving up for the flareups in the reunion? It’s all up for grabs with these women, so let’s move on and start checking out what went down in this week’s episode without any further ado.

Time for another recap!

This episode of Real Housewives of Beverly Hills is Christmas in July! The women are all alone, checking their cell phones to see what their kids are doing, remembering their days of thunder, and engaging in binge drinking. First off, Erika is getting drunk and badmouthing Crystal about —once again— her eating disorder. Remember all the drama from last week concerning the superficiality of such a terrible mental illness? Well, that’s back.

Then, we see how Diana and Asher start singing “O Holy Night” in the living room, making everybody feel awkward. Kudos to the editing team for catching everyone’s reaction on this point. But things go from silly to horrible when Erika starts singing “O Holy Night” too! After that horrid Christmas performance, the show focuses on Kathy confessing that she didn’t assist her kid’s events because she didn’t want any drama. Then, Rinna interjects at Kathy, but she makes an escape going to the bathroom. Meanwhile, Erika keeps drinking, and Kathy warns everyone that she’s going off the reservation. Then, Garcelle tells us what’s going on and goes full fire extinguisher mode on Erika’s drinking habits.

A heavily drunk Erika has a chat with Garcelle, and Erika says that she’s trying to start over. Moreover, she expresses her opinions on Sutton and how she deems her a problem for her. She doesn’t want to cover for Sutton. And now, we move to Sutton, who’s dating a man named Sanjit at a place called “The Bumble,” and that poor man had to deal with Sutton talking about her neuropathy and her annoying habit of saying how cool she was in her days of thunder.

Lisa went over to Erika’s house, where Erika admitted to passing out after Diana’s party, hitting her head, and throwing up. Erika discussed how the holidays are difficult because they used to be one thing but are now something else in her confessional. Erika concurred that it couldn’t happen like that anymore because she could hurt herself and that this was her rock bottom moment. Lisa explained how her antidepressants make alcoholic beverages stronger and how she was “out of control.”

If this episode showed us anything, it is that drinking and misbehaving have consequences. If you look at Erika and her irresponsible drinking habits. And if you look at how these women downplay such problematic issues as eating disorders. Still, if you watch Real Housewives of Beverly Hills, you’re not expecting an in-depth reflection and introspection of issues. You’re getting what you pay for. Join us next week for another recap! 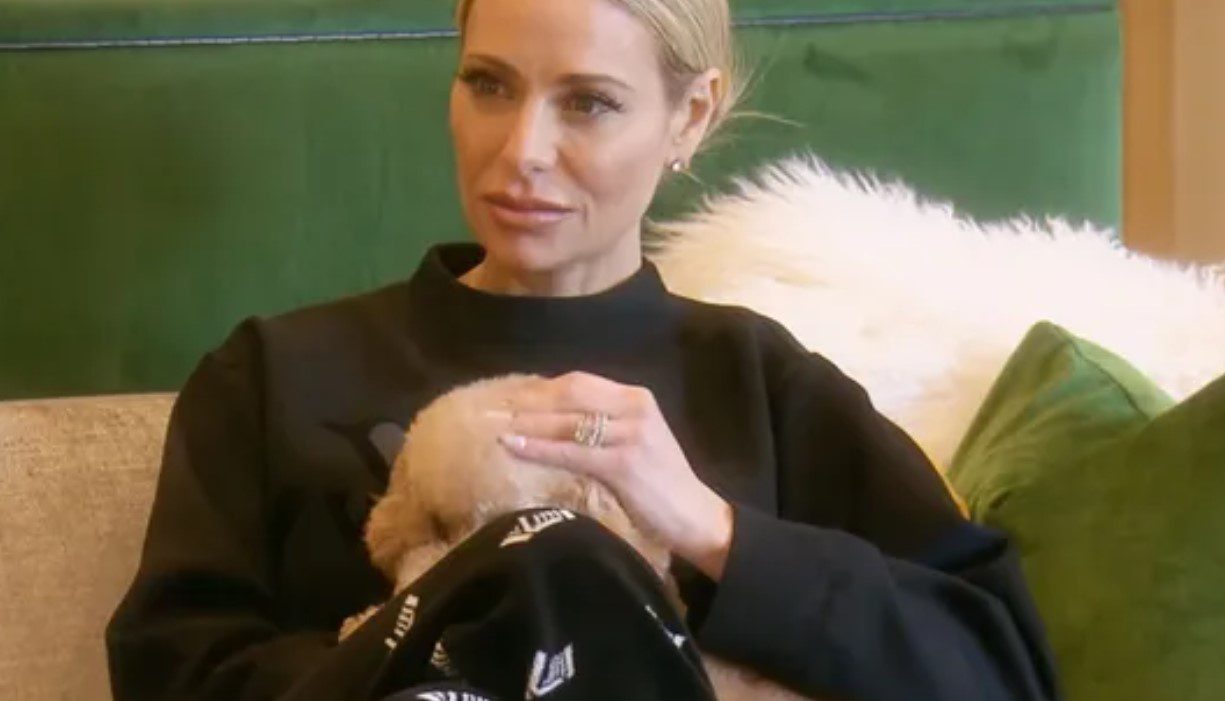 Where To Watch The Real Housewives Of Beverly Hills?

The Real Housewives of Beverly Hills airs on Bravo on Wednesday nights at 20:00 hrs, Eastern Time, United States. You can also catch the show via Peacock, and you can buy the episodes from Apple iTunes, Amazon Direct Video, and the Microsoft Store.

The Real Housewives of Beverly Hills Season 12 Episode 13 will release on July 3, 2022, at 20:00 hrs Eastern Time, United States, on Bravo. This episode will be titled “Rosé Colored Glasses” and it’s the next-to-last episode of the season. Join us next week for another recap. Thanks for your attention, happy streaming, and see you soon.

Also Read: How To Watch The Real Housewives Of Beverly Hills In The US, UK, Canada And Australia?