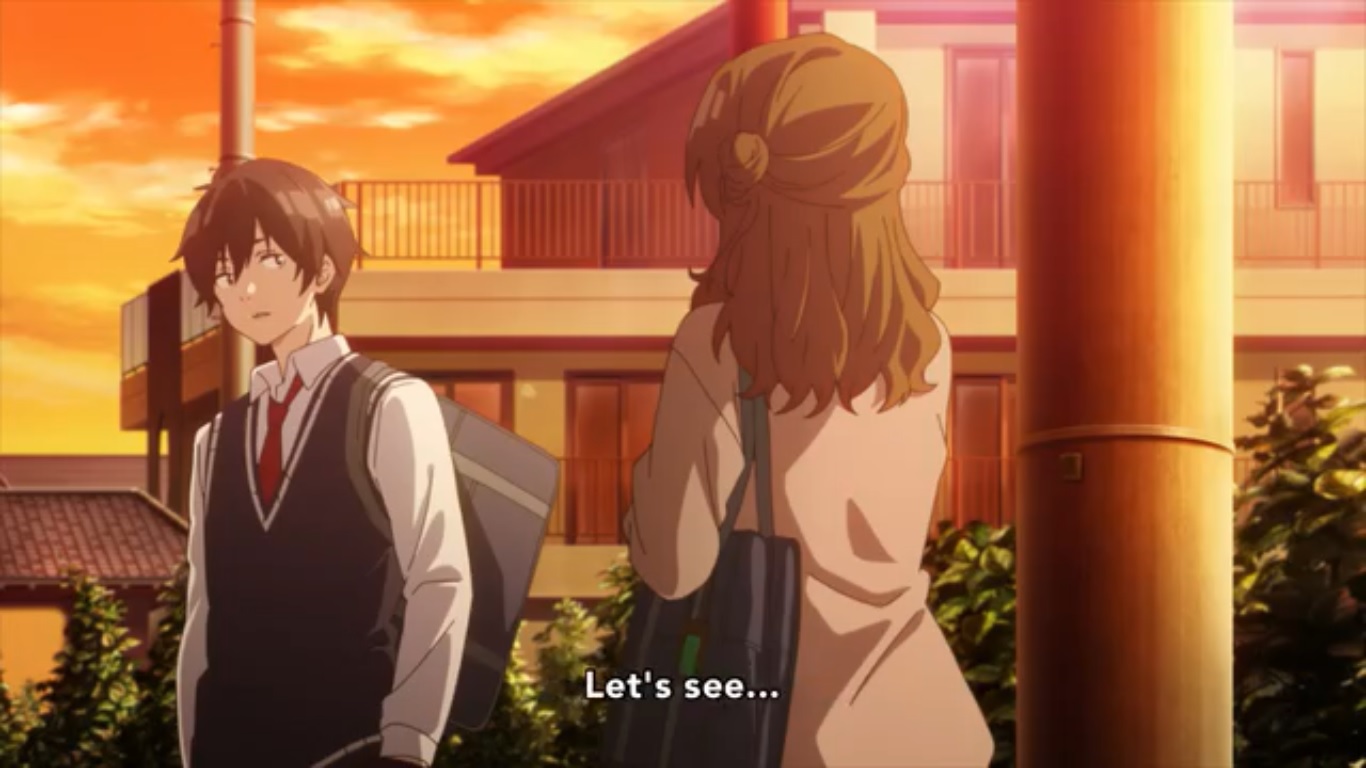 Bottom Tier Character Tomozaki Episode 4 releases this week with more updates on Tomozaki’s development progress. Things became more intense when Tomozaki had finally voiced out his thoughts when someone despised Tackafam. In the recent episodes, Tomozaki’s development has improved from the first times he appeared in the anime. He wasn’t just a shut uni who minded only his business and played Tackafam online. But after meeting a fellow Tackafam admirer, he became open to trying out living life and give it his all.

He believed that Tackafam was the best game and that life sucked and considered himself a bottom tier character. So if life was a game, he thought it would be a lame one after meeting Hinami, who admired Tomozaki’s Tackafam character. Tomozaki has embarked on a journey to change his life for the better.

Hinami managed to convince Tomozaki that life is a game and is likely on the same level as Tackafam. So from that moment, Tomozaki has been taking notes from Hinami on how he can improve his life. It’s been a while now, and with Hinami’s coaching, he has drastically improved. What would be interesting could be the turn of events that just happened in the last episode.

So Tomozakii had to ask out Fuuka, who seemed to admire him a lot. Hinami made things easier for Tomozaki and gave him tickets to movies. So next time they meet, Tomozaki is will have to ask her out. Or at least decide on his next move. Bottom Tier Character Tomozaki Episode 5 will release next week and will also be available for streaming on various platforms like Funimation of Crunchyroll.

Bottom Tier Character Tomozaki On His Next Quest 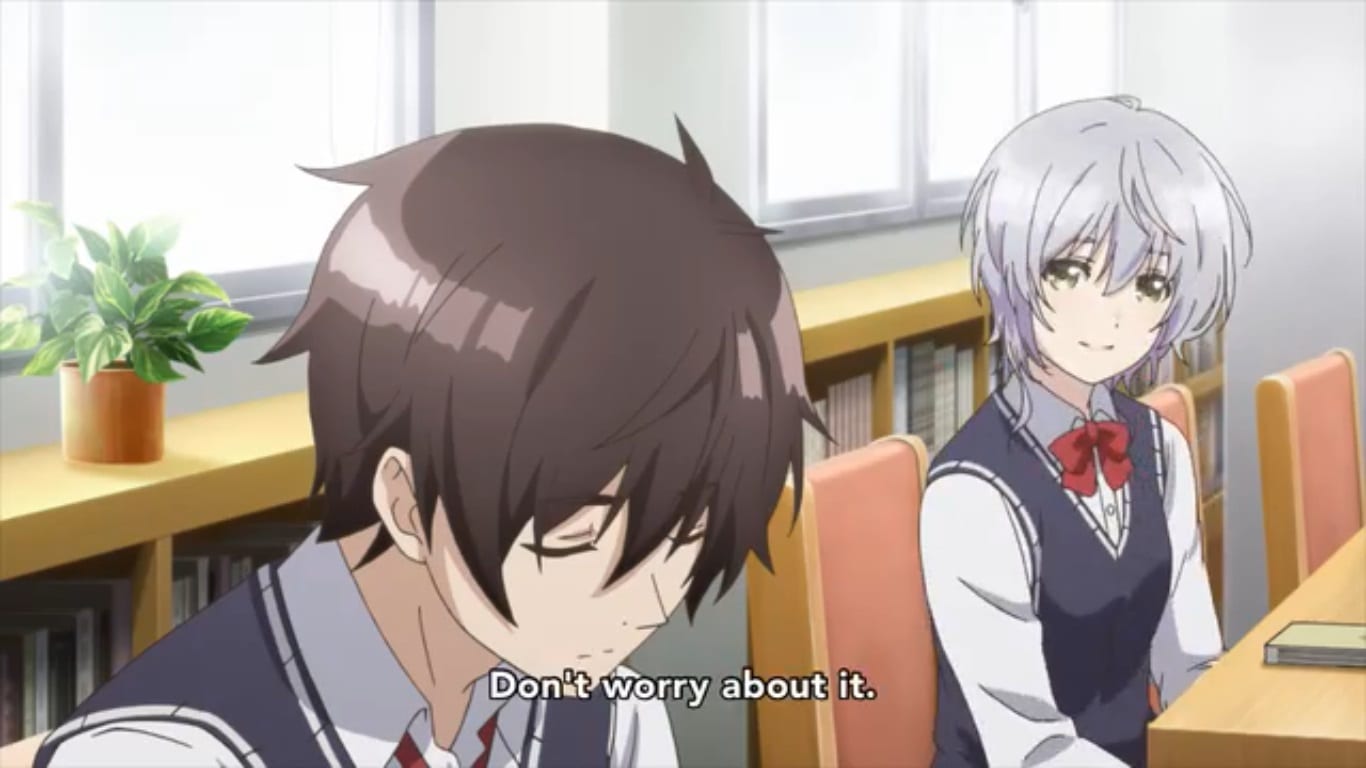 From the beginning, the episode was slow on the development and took a look at Tomozaki’s next quest. He was to decide whether he wanted to ask Fuuka out on a date or not. This remained optional, but he had to choose this situation. At first, he told Hinami that he has no idea if he likes Fuuka. He was not even sure if he will like her even if he asks her out. So the entire situation was something he has no idea how it will turn out.

Hinami asked him if he was not attracted to Fuuka, so apparently, he was. That was a good start for him, so he just had to build upon that. What was not clear, though, was Tomozaki’s true intentions. Even if they are not yet clear, we can see which direction things are heading now. We are not yet sure if Tomozaki likes Hinami or not, but either way, she seems attractive and available.

Towards the end of the episode, we saw Tomozaki’s decision. Before that, he went to see Fuuka in their usual meeting place and talked about what happened. Fuuka misunderstood Tomozaki last time and thought that they like the same book. Something she believed they had in common, and their interaction is now based on that. But in the end, Tomozaki explained everything to Fuuka and that it was a misunderstanding. But he decided that they will occasionally be seeing each other in the same place. 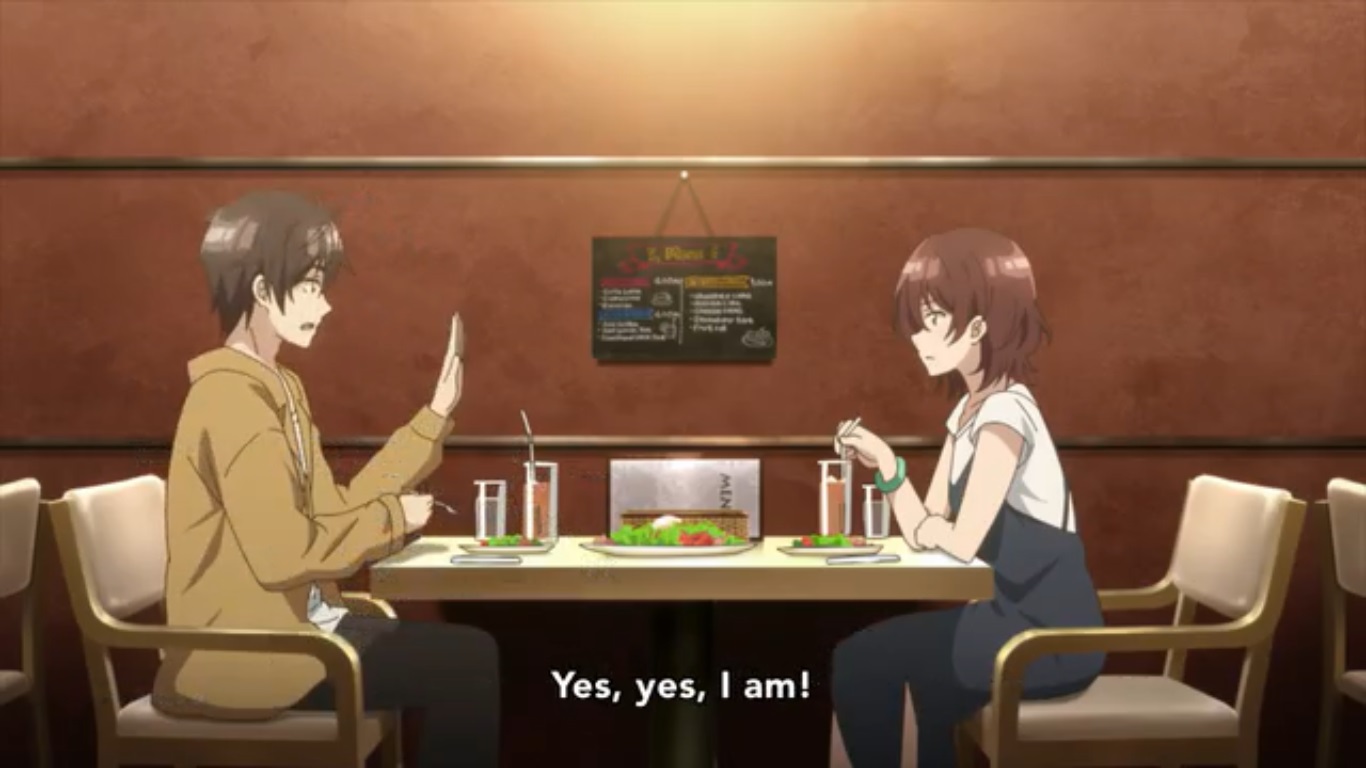 Tomozaki seemed to have given up on the idea of skin Fuuka out. But in the end, it appears that he had something else in mind. When he went to see Hinami, he took the tickets with him. And when the topic about his progress with Fuuka came. He told her how things went with Fuuka, so it turned out that he won’t be asking her out. But then a moment that followed has come up with a change of events. From the beginning, Hinami and Tomozaki were just classmates, and Hinami was more of Tomozaki’s life coach.

Tomozaki asked Hinami if he could go with her instead, which was something a little bit unexpected. Hinami him that it would not be possible for her to go to the movies at the time. She would be unavailable at the moment, but she told Tomozaki that she was currently available and would go with him.

This event came up with a different turn of events in the anime. All this time, we thought that Tomozaki was eyeing for something else. But now that he had asked out Hinami, we could not be so sure what this means. Maybe he likes her. But we will find out soon enough in the next episodes. Hinami and Tomozaki have been on a date before so that it won’t be something new. But that would also mean that maybe it might just be as far as it goes.

Nonetheless, the next episode will release next week with more updates on this. And now, with Fuuka’s incident solved, Tomozaki has completed his weekly quests. So if he did all these to complete the quests, then it might be something understandable. For more updates on the upcoming anime episodes, you can look at our weekly anime news updates and weekly manga highlights.