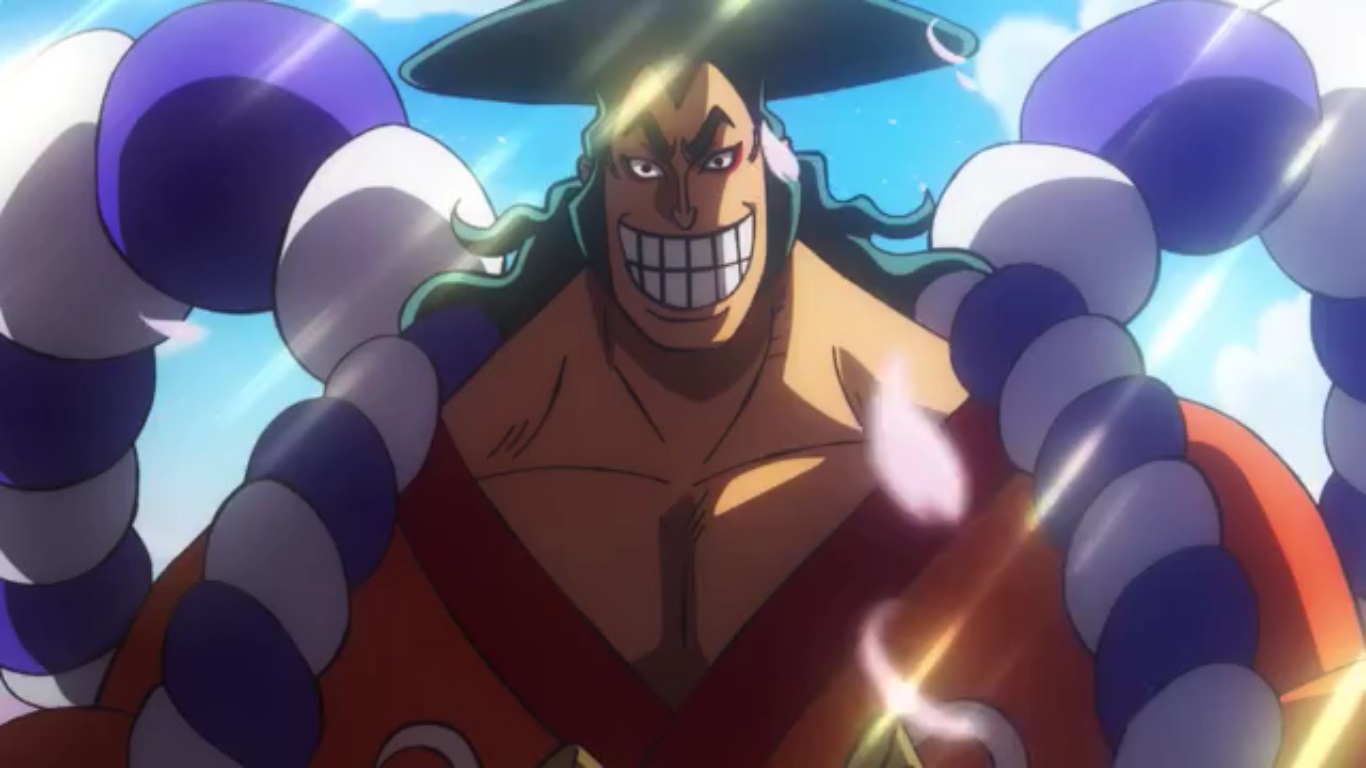 One Piece anime has entered a different set of the storyline as it takes a look at the past in One Piece Episode 960. The history of Wano is known as one where Kaidou conspired with Orochi to execute the entire Kozuki family, which is the rightful Shougun of the country. But when Kaidou came, he executed all of them and turned wano into a wasteland.

Wano flourished in the past, but when Orochi and his Onowabanshu took over, they left only the flower capital. The rest of wano are now wastelands that produce weapons, and the citizens are now slaves. The anime will show the full incident of this story starting from One Piece Episode 960. We finally managed to see the real Oden and how his life was from his young age.

He appeared to have lots of strength from a young age and could defeat gangs singlehandedly. So he became famous as a monster and could fight anything; he has never lost a fight in his time. Oden always wanted to leave Wano country but always failed when his boat broke before he left shore. He appeared to have a bad relationship with his father, who even disowned him. But this did no matter to him as he was a carefree delinquent.

The past of the Akazaya nine also appeared in the episode from their youth times. Kinemon was a simple thief who was distrusted by people and always steals things from Tsuru. On the other hand, Hyogoro was a leader of his gang and had ordered them to catch Kinemon. A young Denjiro, who has not yet made an appearance in his older form so far, also made an appearance.

One Piece Episode 960: Wano’s Past, Kozuki Oden and His Retainers 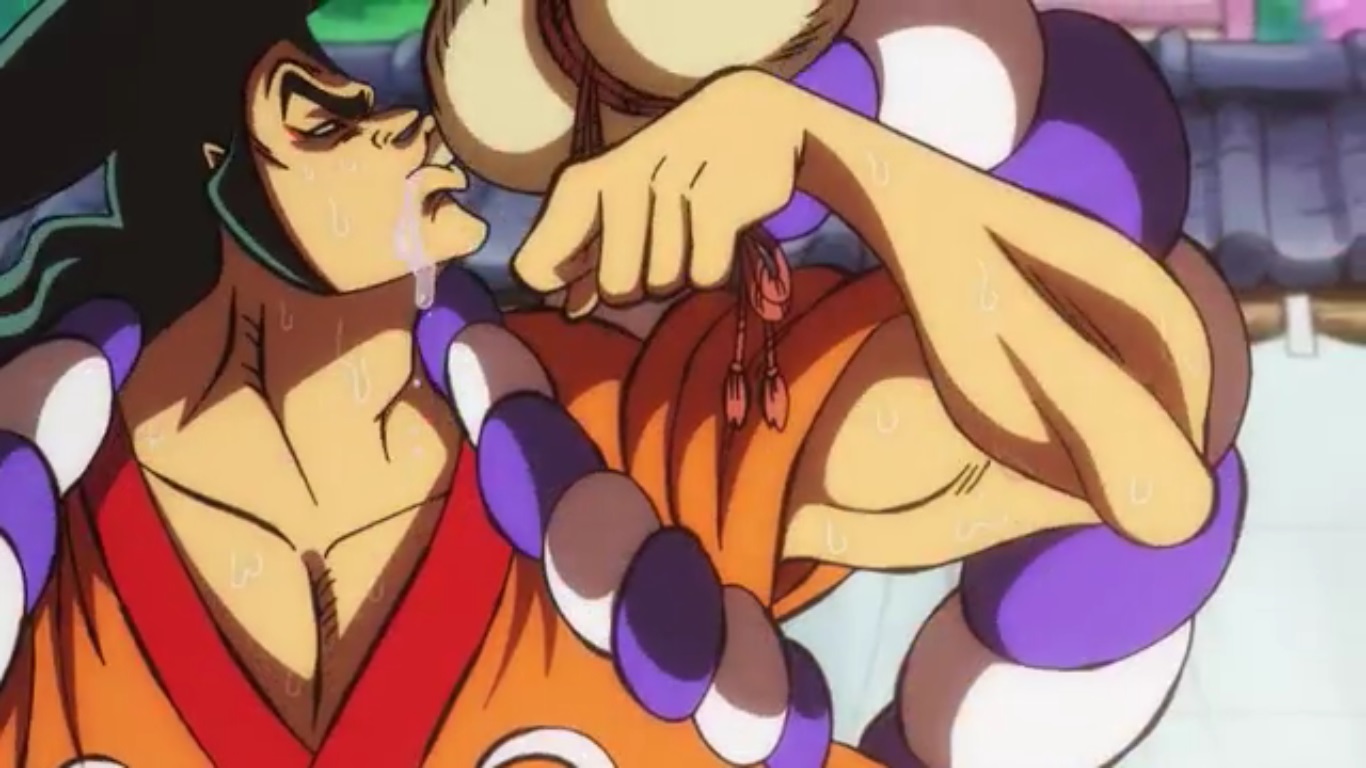 For those of you who were excited as the day of the raid has finally arrived. It seems like you will have to wait for a while as the anime explores Wano’s past. In the past episodes, Kinemon and his fellow Akazaya arrived at the rendezvous point. They found no one but scraps of the destroyed boats, and when none of their allies nowhere to be found. Momonosuke wanted them to skip the raid and try another time again. But this was the opportunity of their lifetime.

So even if they stop the raid, Kaido was going to kill all of them afterward. So it was a once in a lifetime situation. Orochi also revealed the plan he had prepared, which would stop the raid from happening. He had his followers destroy all brides leading to the rendezvous point, making it impossible for them to meet. He also sent them to destroy the Sunny, meaning that their alliance was now in shambles.

The last time we saw Luffy and his allies, they were all ready for the raid and were on their way. But the rendezvous point remains with no one. The anime is yet to reveal what happened next fully, but that will come after the anime explores Wano’s past in detail, which will take a while. Those who follow the manga have an idea of what happened, but let’s not focus much on the spoilers.

Oden has fully made an appearance in the anime. All its time that he appeared, he was on a short cameo. But now we get to see what kind of a person he is upfront.

The History of Wano Before Kadio Took over 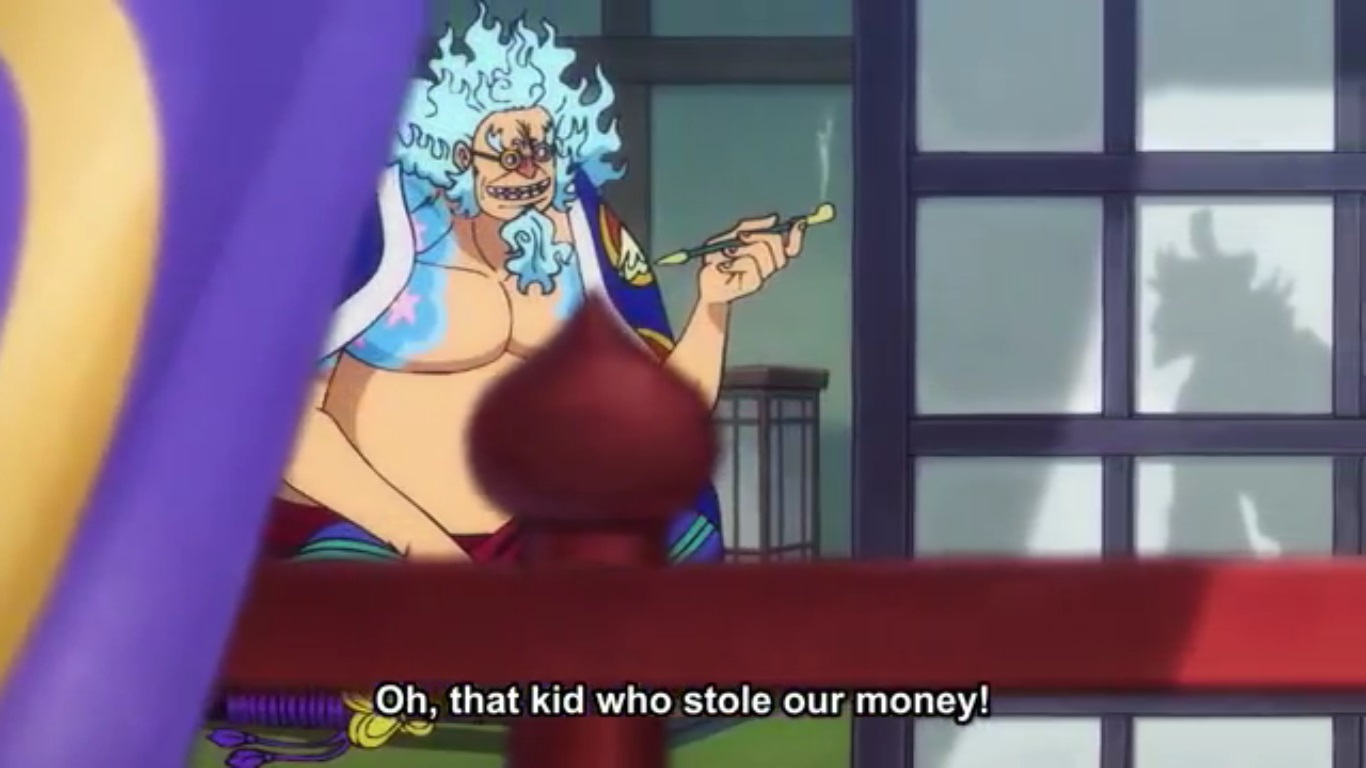 Hyogoro in his glory days

The anime has now moved back to 48 years ago. This was when Wano was led by various daimyos, including Kozuku Sukiyaki, Oden’s father. The anime tells Oden’s life from when he was young until he tried to escape wano. The only thing that he has a problem with was a sailing ship like the ones he always had broke before he could even set sail. But he did not give up on the idea of freedom and sailing the oceans.

In the last episode, he came across Kinemon and a young Denjiro. The two would later become the Akazaya nine, but the anime is taking things slow for now. This means that the anime will take some time and tell the story until Kaidou took over Wano. For anime fans looking forward to the raid, this might not come as good news as it can even take a month.

From now on, we won’t see the straw hats for a while. The anime has fully entered Wano’s past, and the story that is yet to come can easily take a month to tell. Those who follow manga knows that the story runs for several manga chapters. This is a crucial moment for those who want to understand the story. There won’t be much action but just storytelling from the past, which will help you understand what happened to Wano for it to be the wasteland today.

One Piece Episode 961 and Updates

If you would rather wait for the big raid that the straw hats are planning on Kaidou, you might want to break from One Piece anime. This should be for the next few weeks; the story of Wano’s past spans several manga chapters to run for several episodes. The next episode will come out on the weekend, and instead of the usual raid story, we will see how Oden met Kinemon and Denjiro.

We will also see Oden fighting against the mountain god, an undefeatable creature. Oden has never lost a fight in his life and is very powerful, and has a lot of raw strength. For more anime updates, you can take a look at our weekly anime news updates. You will get more anime news and see which anime episodes will be releasing this week. This is where you will see more on Oden’s past and how Wano used to flourish before Kaidou ruined it. One Piece Episode 961 will release this weekend and will come with more news. As usual, you will be able to stream in on Crunchyroll.