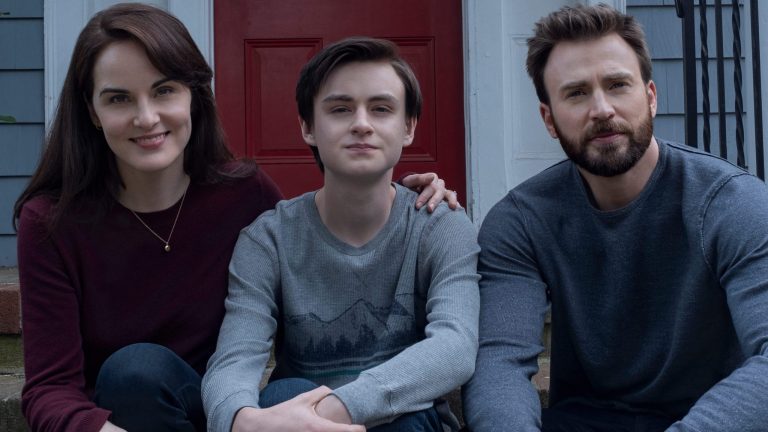 The story of the Defending Jacob is mainly based on an innocent family dealing with the allegation that their 14-year-old son is a murderer. The allegations have a big impact on Andy’s family and their minds, and he might reexamine his thoughts about his 14-year-old kid. In this post, we are going to be talking about Defending Jacob Episode 5 release date and streaming details.

Produced by Apple TV+, Defending Jacob is an American crime-drama miniseries that is situated on the novel of the Defending Jacob, written by William Landay, and the series was premiered on April 24, 2020. The series was directed by Morten Tyldum and created by Mark Bomback.

It features some celebrities such as Chris Evans, Michelle Dockery, Jaeden Martell, Cherry Jones, Pablo Schreiber, Betty Gabriel, and Sakina Jaffrey. The series includes a total of 8 episodes, of which five are released till now, and the audience is eagerly waiting for episode 5, which will be released soon.

We have gathered all the information about episode 5 of Defending Jacobs for which the audience is eagerly waiting. So, for all the details of episode 5, read the complete article as it concludes all you need to know. This article might contain spoilers from episode 5, so read it with care.

Episode 5 is of approx 45 mins in length, and each minute of the episode is full of drama and thrill. Each episode of the series is releasing after a week of the previous episode, so you can also decide the release of all upcoming episodes. Till now, each episode is getting a great response from the audience and is also getting good reviews from the critics.

After reviewing the previous four episodes, we can say that in the fifth episode, it will be depicted that finally, Andy meets his father. Apart from this, the lead actors Sarah and Jacob, can be shown getting closer. It is not confirmed, but after reading the novel on which the series is based, we can say that Leonard Patz will commit suicide. Also, it can be shown that Patz will also admit his fault of killing Ben, which will remove the allegations from Jacob and setting him free.

These are some of the spoilers which we expect might happen. But, we have to wait for a week to actually get to know what can happen. Also, the story can take some rolls and get in a different way, something different, as shown in the novel. We can’t confirm anything about the story right now, for that you have to wait till May 8, 2020.

You will be able to watch Defending Jacob Episode 5 online as soon as it releases on Apple TV.