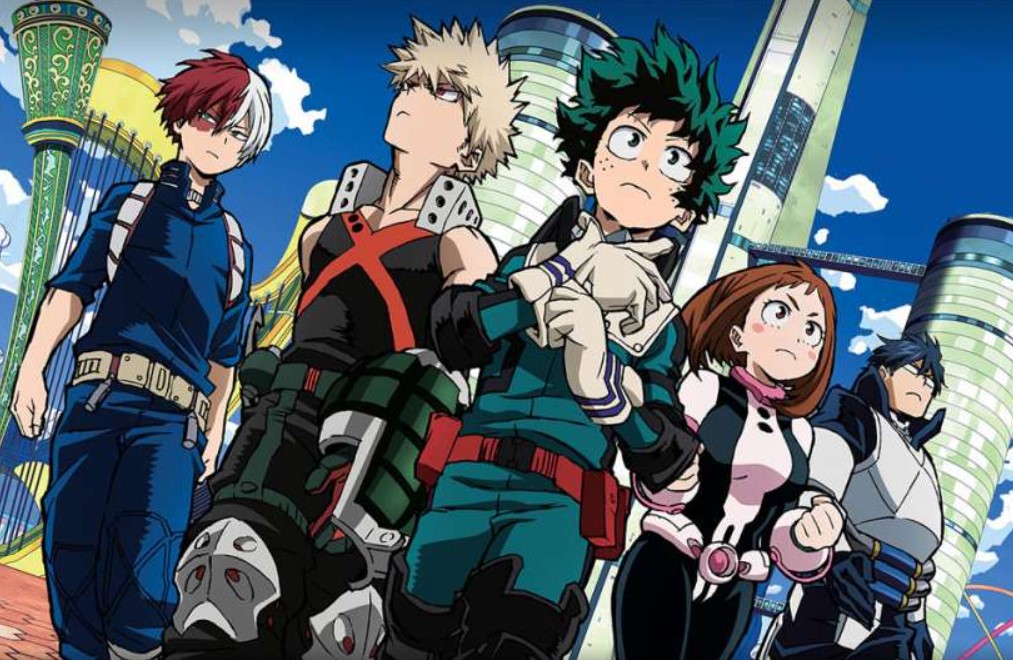 At his young age, Enji Todoroki (Endeavor) met with the Himura family where Rei was born. Rei’s family members are excited that they are meeting with the man who will become a No 1 Hero. Enji Todoroki said that the Himura family is one of the high family’ status, and a man like him is fit to get married to a Homura woman. He also said that Rei was aware of everything, but she agreed to be married on such short notice for her family’s sake.

The marriage is a Quirk marriage, and he saw Rei looking at the flowers. Rei said she likes how beautiful the flowers are. Enji thinks that Rei is a woman like ice herself, but she strong even though there is a possibility of melting away with the slightest touch. Later, in the present, Enji asks Rei if she is fine, but she said she is not, and that is why she came to visit him. Meanwhile, Dabi is relaxing on a sofa, and he thinks he can’t feel pain since his skin is burned. 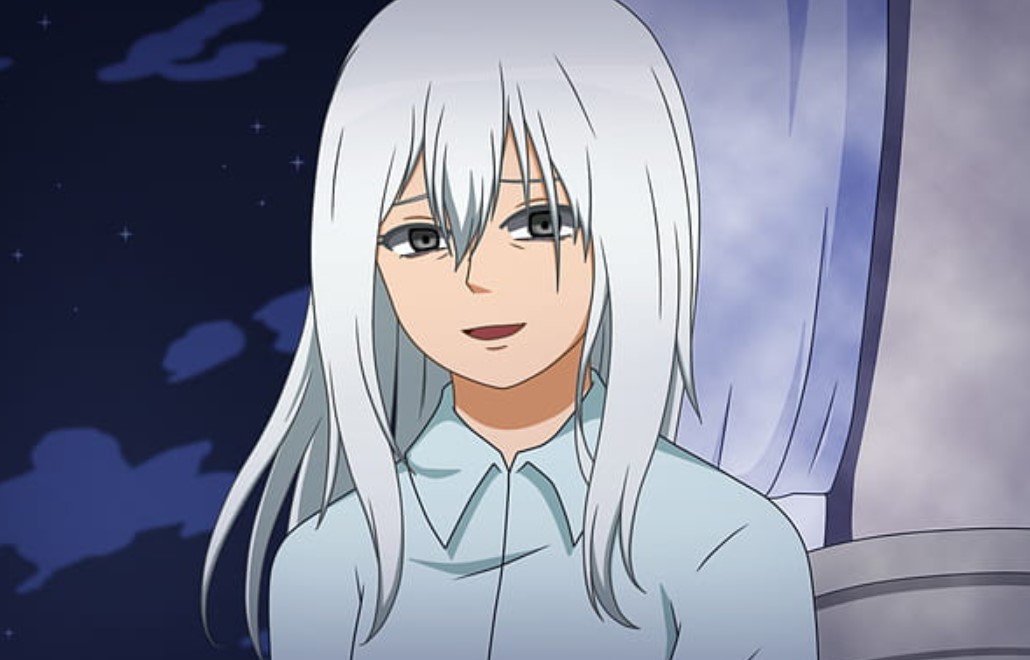 Dabi realizes that his father, Enji, won’t die easily from the fight, and it was his chance to reveal the truth to the public. Dabi is glad that he revealed everything as soon as he got the chance, and he has been waiting for that to happen. He remembers when he told his family to look at him deep in Hell. At his young age, Toya asks his father Enji why he cannot train with him daily. His father told him that he is doing it for his own good, but Toya didn’t like it.

Enji and Rei visit the hospital to enquire about their son’s health condition. The doctor reveals that Toya possesses tremendous power form of his father’s Quirk. But he also has his mother’s condition that can make it in cold temperature, not hot temperature. The doctor said that the method of custom children could bring disaster in Quirk-based society. He cannot support the idea, and Enji thinks Toya is more powerful to surpass All Might, with whom he wants to be on the same level.

Sometime later, Toya met with Fuyumi and revealed that he could withstand any burns that he suffered. He thinks he knows his body well than anyone. Fumiya replies that she doesn’t like it when Toya is hurt, and Toya said she would never understand because she is a girl. Fumiya said she is just worried that he will get hurt and Toya went away. He went away, commenting that his father is the one who gives him hope that he will surpass All Might.

Later in the evening, Rei trie to reason with her husband that he is not doing the right thing. Enji replies that Toya is stubborn, and he returns everyday home with burns on his body. He said that he is trying to make Toya give up because he will never reach All Might’s level. Toya is just like his father, and he has inherited his father’s stubbornness. Toya started to fall in despair while Enji wants to surpass All Might, and the desire grows every day. 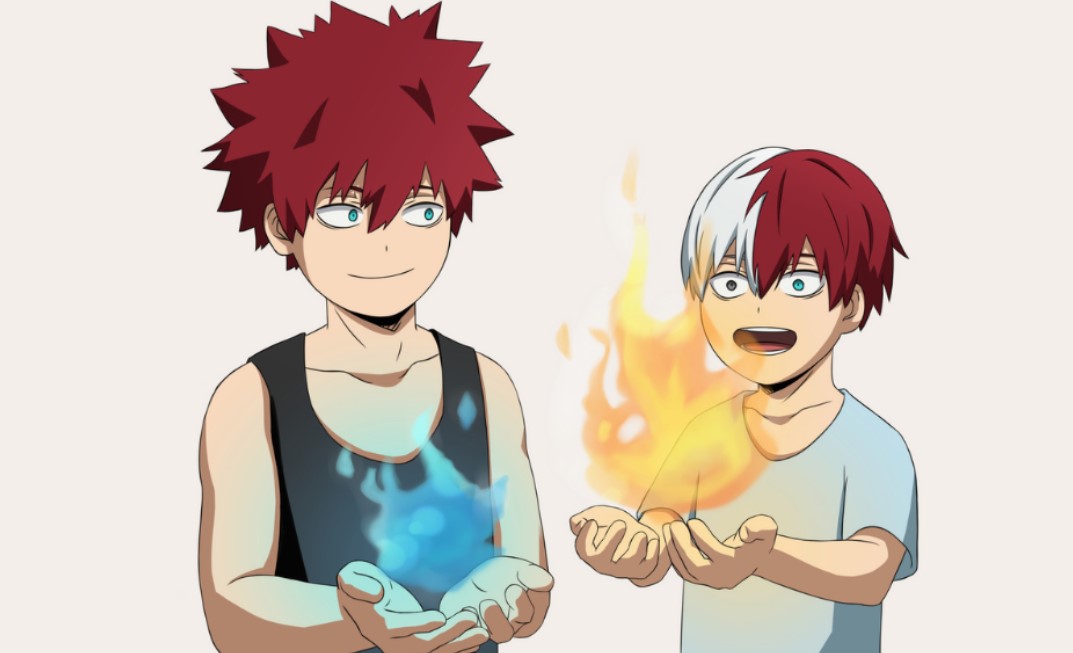 After few months, Shoto was born, but Toya refused to acknowledge Shoto. He vows that he will surpass Al Might no matter what. Toya trained day and night in the middle of the woods, trying to sharpen his fire powers. He showed Enji his power and told him to look at how powerful he has become. Toya flame also flamed better than before, and he showed his father. Enji notices that Toya is hurting himself since he can not withstand hot temperatures.

Enji told him that he is covered in burns, and he doesn’t know why. He told him to stop focusing on being a hero and enjoy playing with family and make friends at school. Because one day, it might end up being a distant memory. Toya shed tears that every child wishes to be a hero at school, and it is hard for him to give up since he has his father around him. He is worried that his father gave him hope that he will surpass All Might.

But nothing is working since he has started to chase his dream. Toya comments that he cannot just pretend like his father’s power is not within his body. Rei notice that Toya want to activate his flames powers, and she told Enji to stop him. Toya told his father to look at him, and Toya looks at young Shota as he activates his power. He yells his father’s hero’s name, Endeavor.

You can find the latest chapter of My Hero Academia for free officially on VIZ Media and Shueisha’s Manga plus official platforms. Visiting official websites helps the creator and publishers to improve. Let’s meet again when a new chapter is released on its official platforms on Sunday.