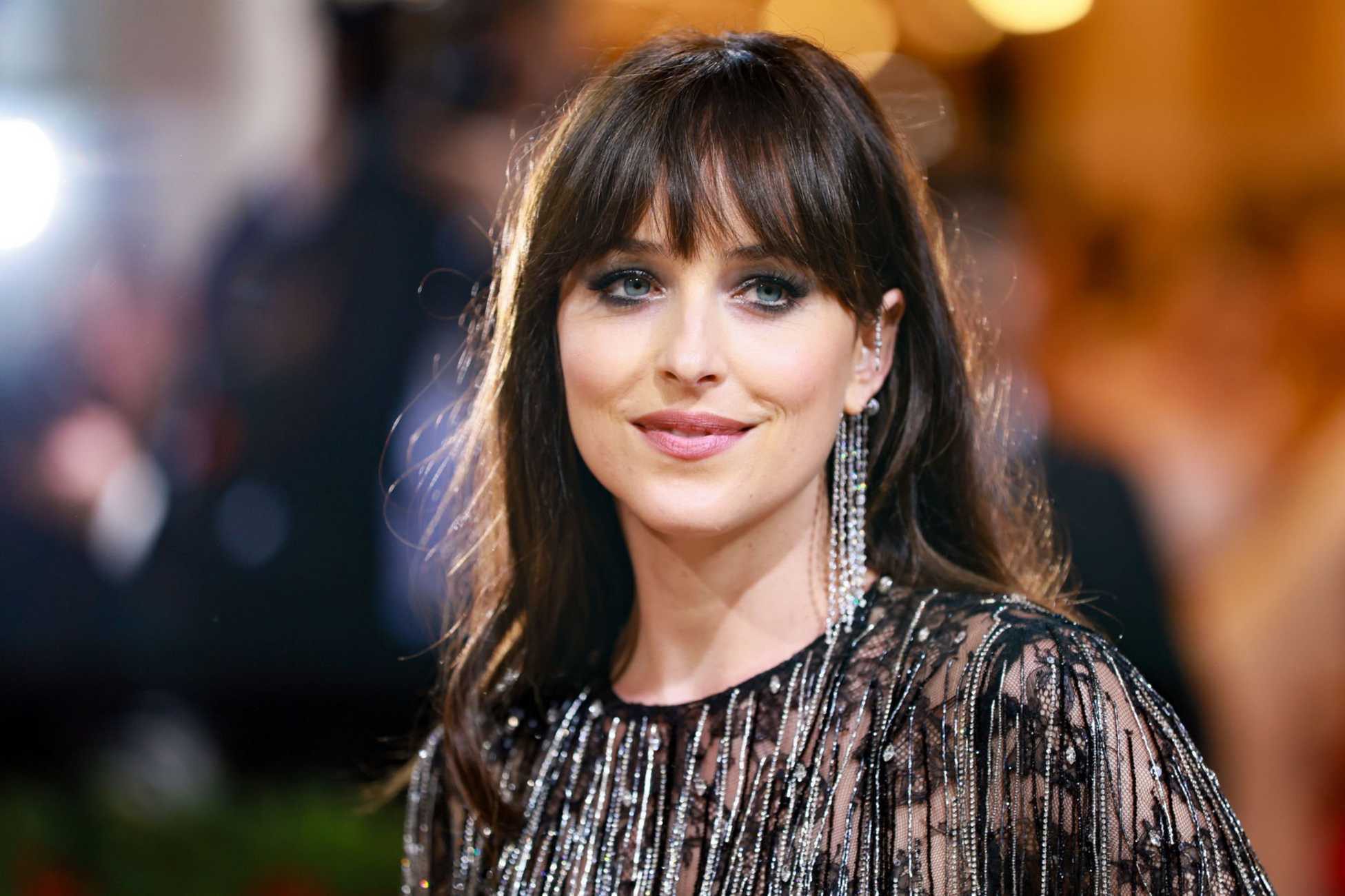 Want to know who is Fifty Shades of Grey star Dakota Johnson dating? Popular actress Dakota Johnson has recently opened up about how Fifty Shades of Grey has surely put her into the spotlight, however, she did admit that signed up to do a very different version of the film that ended up making. When asked whether the director or the studio might have contributed to this issue, the actress replied that it was a combo!

The actress went on to reveal how there were a lot of different disagreements and how she hasn’t been able to talk about this truthfully ever, because at that point she wanted to promote a movie the right way, and while she is proud of what they made ultimately and everything turned out the way it was supposed to be, but it was sure was a bit tricky.

While Dakota’s character had to face a few issues in the blockbuster movie series, her real-life love story is a beautiful one. Dakota Johnson has been in a long-term relationship with one of the most popular artists. Who are we talking about? Let us take a look at all the details and lesser-known facts to find out who is Dakota Johnson dating.

Who Is Dakota Johnson Dating?

Dakota Johnson is dating Chris Martin. The two have been dating for almost five years and going strong ever since. The two initially sparked romance rumours back in 2017. Although the couple has been notoriously private about their whirlwind romance, the pair have gushed about each other on a few rare occasions. In 2021, Chris Martin dedicated his song Universe to his ladylove during a Coldplay concert. Earlier this year, Johnson and Martin helped Barbara Streisand to organise a fun 80th birthday which was followed by a tea party. Streisand posted a photo with the couple from the party. Have a look. 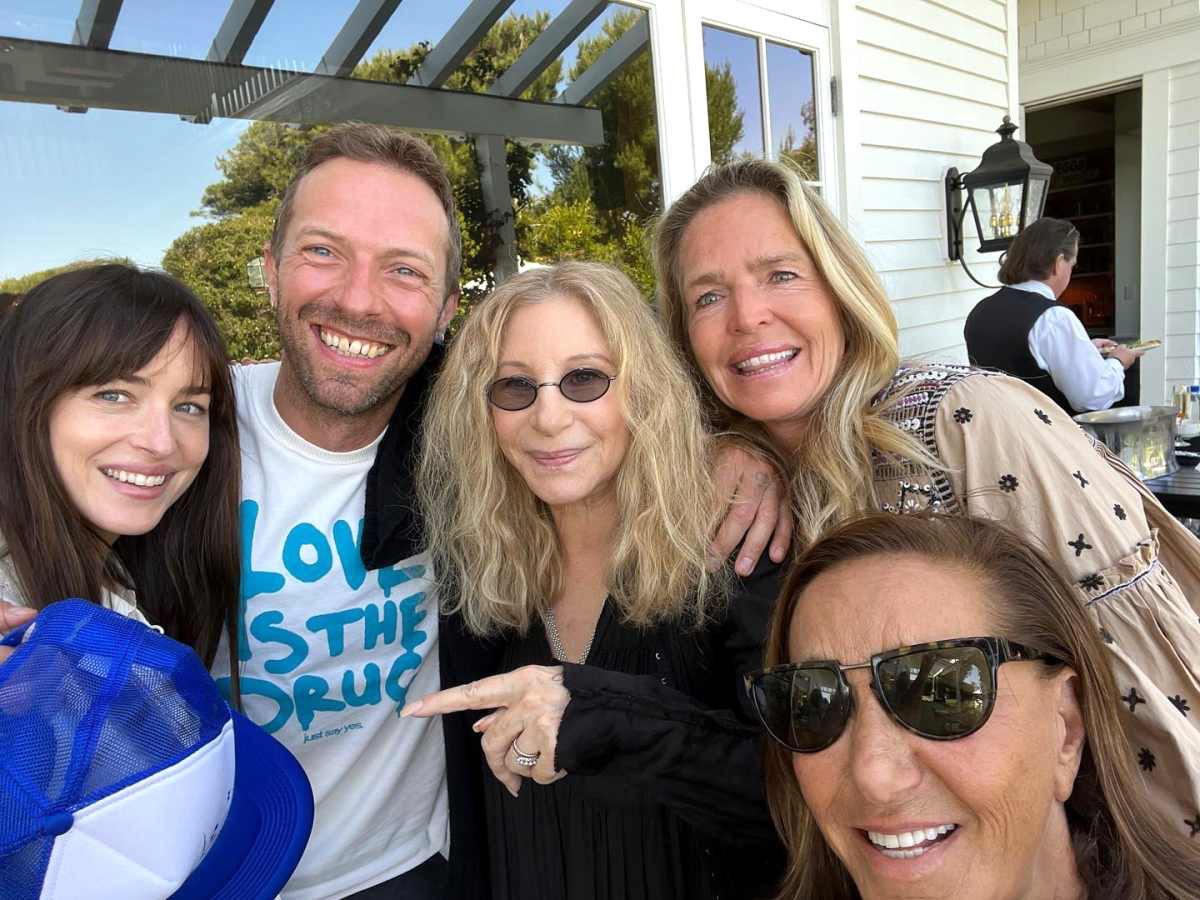 The popular artist announced that the song is about his universe, Later in December 2021, Dakota Johnson also briefly opened up about her relationship with Martin while saying how It’s nice to be at home and be cosy and private. She further said how they are spending time staying in and binge-watching Squid Game. The two have worked together as Dakota has directed Coldplay’s music video, Cry, Cry Cry. While talking about the experience, the actress admitted that directing her boyfriend Chris Martin’s Coldplay music video was pretty dreamy!

Also Read: What is Dakota Johnson’s Net Worth? The Fifty Shades Actress’ Earnings

Dakota Johnson Opens Up About Her Relationship!

While Dakota Johnson and beau Chris Martin have maintained to keep their relationship under the radar, the actress has finally talked about it and why she needs to keep it away from the media limelight. The Persuasion star explained how when she thinks about relationships like that differently because she grew up in her family and at times it was not all cool.

The actress further explained how she doesn’t want any kids to experience anything like that and that it’s better to be kind, and it’s also really nice that everybody loves each other and has each other’s backs. Dakota recalled a heartfelt incident where her beau made her feel the percentage of ‘seals’ when they headed down to the beach and she forgot her glasses. However, Chris Martin just let her think that they were seals the whole time!

Dakota Johnson and Chris Martin Pack are on the PDA!

Chris Martin and ladylove Dakota Johnson pack on the PDA as paparazzi recently managed to capture the couple out for a day date in New York City while they were sharing a cosy moment. As the Persuasion actress held onto her boyfriend’s arm as they went for a casual walk in Soho. 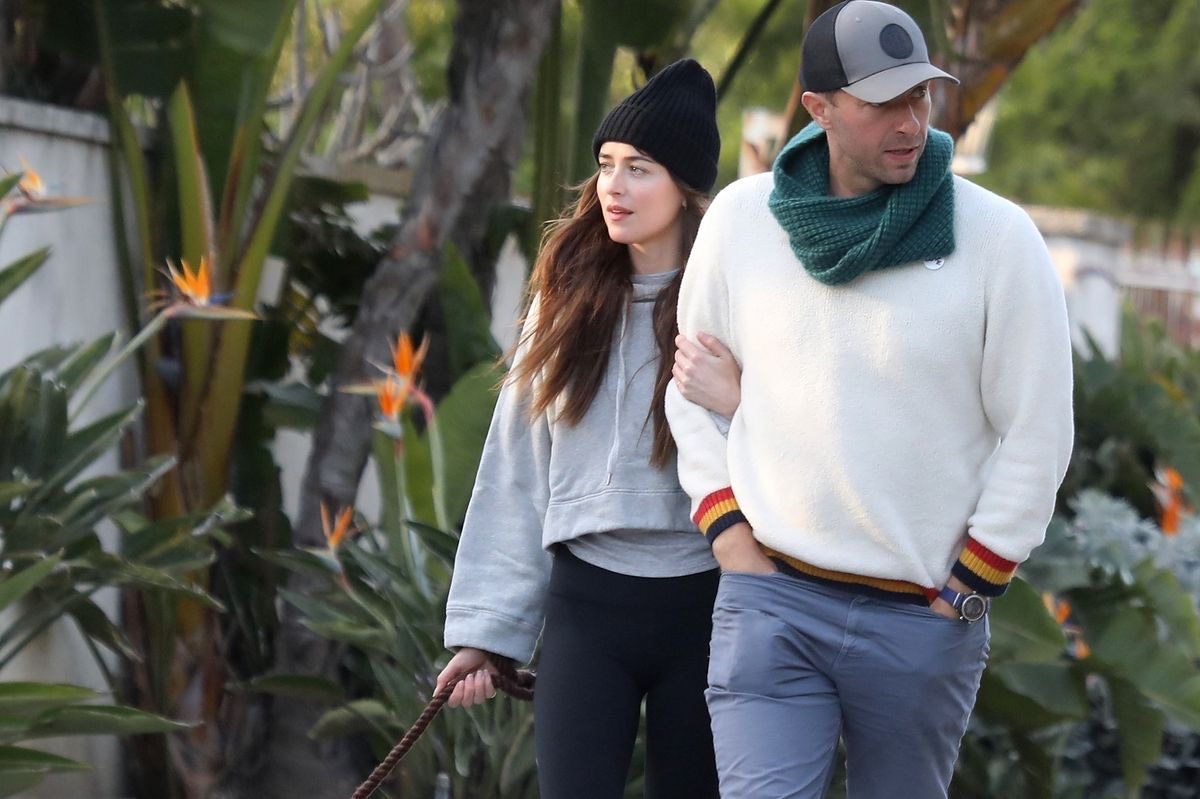 Both of them opted for a casual look, Johnson was seen wearing a pink print top, open pink button-up, and dark pants with her hair down straight and her blunt bangs center-parted. This is one of the rare occasions when the two have been spotted together as the pair have always kept their relationship under the radar.