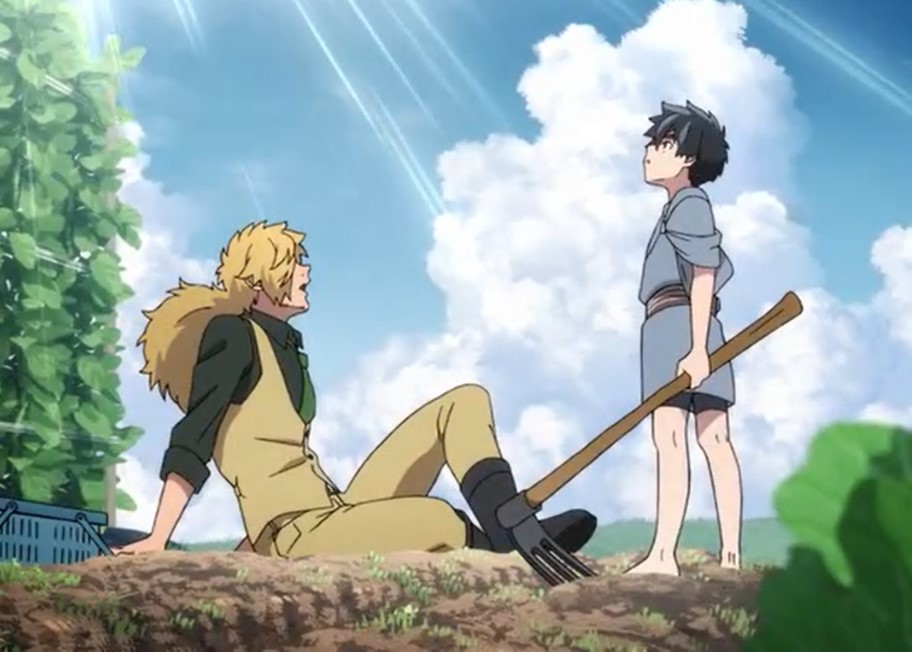 The hostess lady met with a guy from Tokyo in the middle of the road with a flat tire, and she asks him to come with her. The guy realizes that the lady is his client, and she told him that she would send someone to fix the car. She revealed that she is the hostess of Kanoko Villa and explains the incidents that have been taking place. She also said that she hasn’t told the children about the incidents since they will be scared to go to school.

Later, when they reach home, the guy saw a hardworking boy plowing the field. He greats him and started wondering about him; he then at the hostess about the boy. She replies that she will tell him later about the boy. That guy went bathing, and Ytaro asks to wash his back. The guy asks Yotaro about that boy, and Yotaro said that they call him Dorotabo. His nickname is always dirty with manure, and Yotaro said his dream is to go to Tokyo.

Kemono Jihen Episode 2 will be released on Sunday, 17 January  2021, at 10:00 PM JST. This anime will continue to release a new episode every Sunday. For more about this anime, you can visit its official website at kemonojihen-anime.com and enjoy watching it on ANIPLUS. We aren’t aware of other official ways to watch it; we will update you. Take a look at the following. 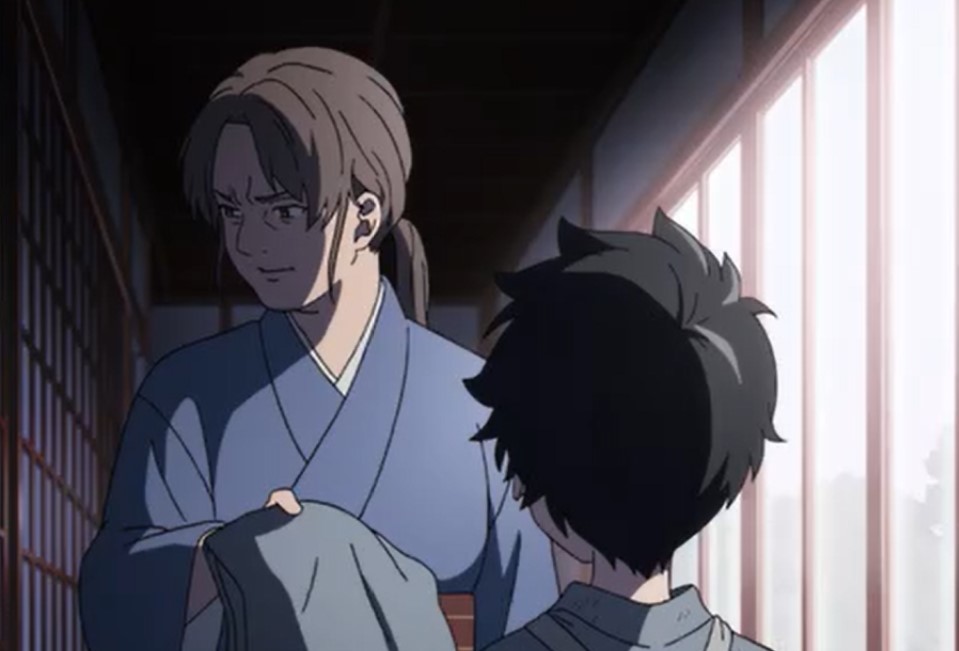 In the morning, the hostess gave the boy a dishwashing liquid and a towel to goth bath at the outside tap. She gave him that look of a bad stepmother. Others get to bath inside the house bathroom with hot water quality clothes and towel but he bath with cold water and use something like a stone to clean himself. Late she gave him to serve the new guy food, and when he is there, the guy holds his hand.

He asks him to stay with him for a few minutes and reveals that he is detective Inugami Kohachi. He reveals that he likes a detective specializing in the occult and is here on an investigation. Inugami thanks the boy for bringing him breakfast. He asks he the boy has ever witnessed anything strange since he is out every day in the field. The boy replies that he can talk with him after finishing his breakfast since he doesn’t want to spoil his meal.

Inugami said its fine, and the boy said it just that he has never had a meal with anyone in this Inn. They say he smells, and Inugami tells the boy that he shouldn’t mind that he and his smell. Inugami console the boy by saying that all guys are smelly and don’t care if someone shows them a bad look. The boy asks if the investigating he is doing deals with their rotting livestock and carcasses.

Inugami asks the boy how does he know since the hostess said she hadn’t told anyone. The boy said he had been tasked with disposing of the bodies, and six of them have just died recently. Many of them are chickens, and their bodies show that their organs have been chewed up. The boy thinks that it might be the monster’s doing, and he is the one who disposes of their bodies the morning after the new moon.

Inugami is glad that the boy is giving him useful information. Later, to help the boy with his work, and the hostess saw that. She quickly rushes there, asking him what he is doing since she knows that he will smell just like the boy. Inugami replies that he has free time, and it is part of an investigation to help Dorotabo. In return, Dorotabo will help him with the investigation. Yotaro went to school in jealousy that Dorotabo is with Inugami, who is from Tokyo.

Since it is his dream to move to the city, he is afraid that Inugami might take Dorotabo to Tokyo. Dorotabo doesn’t go to school; he works as a servant to dispose of bodies and plow the field. Inugami is helping him with that every day, and Yatoro is always jealous about it. The two worked day and night, and Dorotabo is the one who does the hunting. Inugami is surprised that such a small boy can kill a beast animal using a kitchen knife.

The two spend most of their time together telling each other stories and jokes. Yotaro notices that Dorotabo has taken his job to wash Inugami’s back when he is bathing. When they are busy working, Inugami asks Dorotabo about the necklace around his neck. Doratabo replies that he was told he had it ever since he was a baby and his parents have abandoned him.

Inugami took the necklace and revealed that it is a life-stone that formed under special circumstances. He then said that Dorotabo’s parents didn’t abandon him, and there must have a reason that’s why the hostess take him in. Inugami asks Dorotabo if he wants to meet his parents, and if they are alive, he can track them. Doratabo agrees since he wants to know the truth about them.

Later at night, when Doratobo is waiting for Inugami to show up, Yataro confronts him. He grabs him by the collar, scolding him for trying to ruin his plans for going to Tokyo. Yataro also mentioned how his parents abandon Dorotabo and that why he is ruining his plans. Yotaro makes Dorotabo angry by breaking his precious necklace. Dorotabo sends Yotaro flying with a single blow, and he started to transform into his monstrous form since he is a half-human half-beast.

When he picked up that necklace, he went back to a normal human being. Yotaro runs away, and Inugami shows up after some time. Dorotabo realizes that he may be a threat to humans and asks Inugami to stay away from him. He also said that it was him and he is the culprit, and Inugami shows him that he is also a half-human. Inugami reveals that he is a Kenmon, and Dorotabo is a Hanyo, the child of a human and a ghoul, a bloodless demon.

He tells Dorotabo not to worry since he is also not completely human and shows him his true powers. Inugami said that the necklace helps Dorotabo to control his monstrous form. Dorotabo reveals how his name come from and how he killed a Dorotabo when he was five. He was saving Yatoro from two-headed Dorotabo that wanted to devour Yotaro. Suddenly another two monsters attacks and the two saved Yotaro again.

Later the two devise a plan so that they won’t hurt Yotaro’s heart the make it look like Doratabo is dead. Later Inugami took Doratabo with him to Tokyo, and he reveals his name that is Kaban. Inugami said Dorotabo is dead, and the two went inside where Inugami works in Tokyo.