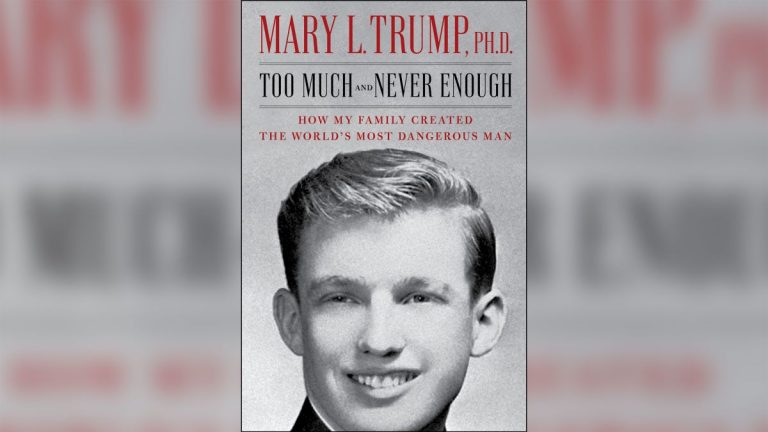 Mary Trump Book: Release Date And All We Know So Far

The latest sensation right now is the Mary Trump Book. The book is titled, Too Much and Never Enough: How My Family Created the World’s Most Dangerous Man.

It is going to come out soon and it is described as a tell-all book written by Mary L. Trump, who is the niece of Donald Trump. This book is scheduled to be published on July 14, 2020, by Simon & Schuster. The book contains details of how the author was the unknown source who revealed Trump’s family tax returns to The New York Times. This very reportage won the 2019 Pulitzer Prize.

Naturally, this book drew a legal battle over. The topic of which was whether the book could be published. This battle was waged in New York’s judicial system. The appellate judge allowed the publisher Simon & Schuster to publish the book.

Simon & Schuster say that Mary has taught graduate students in the subjects of trauma, psychopathology, and developmental psychology. Mary’s dissertation is on stalking victims which are conducted on schizophrenia. It is written parts of the prominent medical manual Diagnosis: Schizophrenia. Mary’s lost her father in 1981 at the age of 42 from a heart attack due to alcoholism.

According to the publisher, Simon & Schuster had initially set a release date of August 11, 2020, and given the exclusive report about it to The Daily Beast. An article about the book was published on June 15. It was after two years that the book reached No. 5 on Amazon’s bestseller list.

It was announced by On July 6 by Simon & Schuster that they moved the publication date to July 14 due to “high demand and extraordinary interest.” This resulted in the book surpassing The Room Where It Happened as the No. 1 bestseller on Amazon. According to various reports in the media, Donald Trump discussed the legal possibility of taking action against Mary. Donald mentioned that Mary had previously signed a “very powerful” non-disclosure agreement that “covers everything” and hence she wasn’t allowed to write the book.

A suit was filed by Robert Trump on June 23, in an attempt to secure a preliminary injunction and a temporary restraining order to block publication. The only legal alibi they had was Mary’s non-disclosure agreement.

On June 25, in a hearing, judge Peter J. Kelly of the Queens County Surrogate Court in New York City dismissed the case over insufficient jurisdiction. Then finally, a New York appellate judge, Alan D. Scheinkman, on the first of July 2020 reversed the lower court’s decision. It was hence ruled that Simon & Schuster could go ahead with publishing the book pending a hearing on July 10.

Too Much and Never Enough: How My Family Created the World’s Most Dangerous Man contains reports on how Mary provided The New York Times with confidential tax documents from the Trump family. It also states the Times reports that alleged that Donald engaged in fraud. Additional details are provided on how Donald transferred about $413 million from his father’s real estate businesses to finance his own struggling businesses during the 1990s. Mary Trump Book is expected on 14 July 2020.