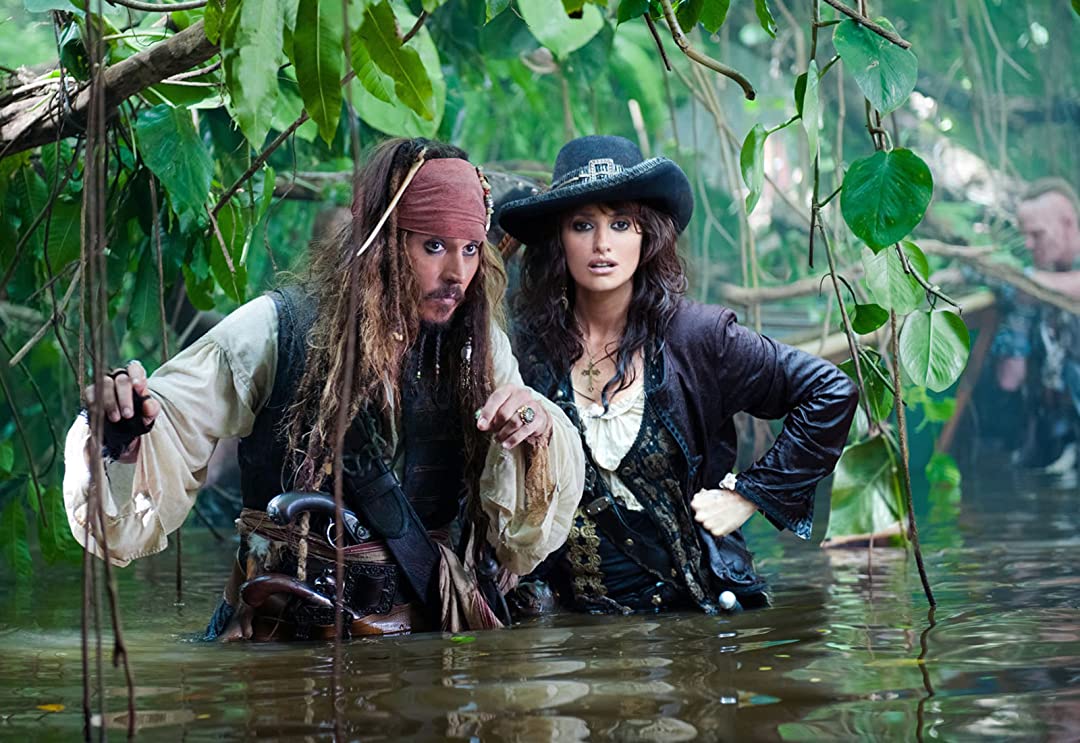 Disney is known for making good adventure and fantasy films; they majorly adapt fantasy books into films and tv series. Some famous fantasy series include The Chronicles of Narnia, Alice in the Wonderland, Pirates of the Caribbean, etc. We all loved watching these fantasy films with our friends and family because these films take us to an adventure of a lifetime.

So here are some of the best fantasy films that you can stream now on Disney+.

Allain is the live-action remake of the hit Alladin animated series, which was also produced by Disney, which was used to air in the 90s on Disney channel. It is loosely based on the One Thousand and One Nights; it tells the story of a street urchin named Alladin, who found out a lamp and the mysteries around the town. A genie keeps helping him on this adventure. This remake reimaging the essence of the animated series and make it a good live-action adaptation.

The Jungle Book is a live-action adaptation of the book of the same name by Rudyard Kipling, Disney has previously adapted the book into an animated film also. It was critically acclaimed and commercial success becoming the 30th highest-grossing film of all time. It got praised for its visual effects and also got an academy award in the best visual effects category. A sequel is also in development by Disney.

Alice in Wonderland is a live-action adaptation of the book of the same name by lewis Carrol. It got praised for its visual effects and also got an academy award nomination in the best visual effects category. It follows the story of Alice, who is now 19 years old who returns to Wonderland after years. It’s really a visually good film but lacks in narrative and plot is simple.

4. Chronicles of Narnia: The Lion, the Witch, and the Wardrobe

Chronicles of Narnia: The Lion, the Witch, and the Wardrobe is a film that everybody knows about we all used to watch it in our childhood days it used to air on Disney and other channels. It also has two sequels, which are equally good.
My favorite memory was watching Narnia with my family on tv, and I loved all the characters, especially Aslan. So it should be on your watchlist.

Who doesn’t love frozen! It smashed all the box office records when it was released in 2013. It is equally loved by both fans and critics, and it is also the 16th highest-grossing film of all time. It is a mix of computer-generated animation and traditional hand-drawn animation. This film makes us its fan by the beautiful animation and style of storytelling.

6. Pirates of the Caribbean: At World’s End

Pirates of the Caribbean: At World’s End is the third film in the Pirates of the Caribbean film franchise; it is known for its main character Jack Sparrow played by Jhonny Depp, who made this character a household name. In this film, jake goes on an adventure of a lifetime to fight the East India Trading Company, who wants to abolish piracy with the help of Davy Jones, who now works for the company. IT got mixed revies but goy praised for its VFX, acting, action sequences and narrative, You can stream it now on Disny+.

7. Beauty and the Beast

Beauty and the Beast is the live-action remake of Disney’s animated film of the same name, which was released in 1991; It stars Emma Watson and dan stevens as belle and beast. A Fantasy film with elements of romance and adventure, It is a classic tale of Disney. The film also got two Oscar nominations for best production design and costume design for its achievement in both categories. A tale of love that changes the heart of the beast towards Belle, a good film to watch in this time of self-quarantine.

Maleficent is a 2014 film loosely based on sleeping beauty, the film got mixed reviews from critics but was a box office success. It also got an academy award nomination for best costume design. The film got praised for its costumes, production, and narrative. Angelina Jolie stars as Maleficent and Elle Fanning as Aurora, both of them acted well in this film. A follow-up sequel was also released in 2019.

The BFG is a fantasy film based on the book of the same name by Roald Dahl; it features a stellar cast of Mark Rylance, Rebecca Hall, and Bill Hader. IT got praise from the critics but doesn’t got commercial success and was a box office bomb. The film follows the adventures of a 10-year-old girl named Sophie who lives at an orphanage who befriends a giant and goes to London to convince then to help them to get rid of the bad giants. Legendary director Steven Spielberg directed this film. You should watch this film with family if u didn’t watch this yet.

Pete’s Dragon is the live-action remake of the film of the same name, which was released in 1977. Directed by David Lowery, who is known for making film films with human essence. The cast of the film includes Bryce Dallas Howard and Karl Urban, who plays titular characters in the film. Pete is a young boy who lives in the st with his friend Elliot found out by grace a forest ranger, and they saw the Dragon, then one man tries to capture the Dragon.